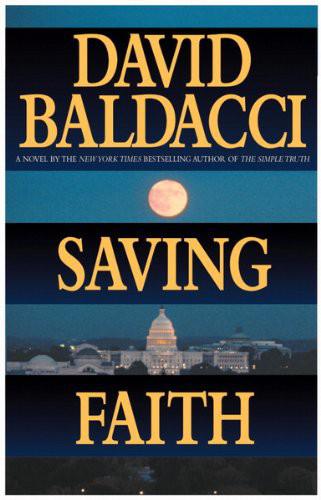 ALSO BY DAVID BALDACCI
Absolute Power
Total Control
The Winner
The Simple Truth
DAVID
BALDACCI
SAVING
FAITH
A Time Warner Company
This book is a work of fiction. All of the characters, incidents, and dialogue, except for incidental references to public figures, products, or services, are imaginary and are not intended to refer to any living persons or to disparage any company’s products or services.
WARNER BOOKS EDITION
Copyright © 1999 by Columbus Rose, Ltd.
All right reserved. No part of this book may be reproduced in any form or by any electronic or mechanical means, including information storage and retrieval systems, without permission in writing from the publisher, except by a reviewer who may quote brief passages in a review.
Warner Vision is a trademark of Warner Books, Inc.
Warner Books, Inc.
Hachette Book Group,
237 Park Avenue,
New York, NY 10017
Visit our Web site at
www.HachetteBookGroup.com