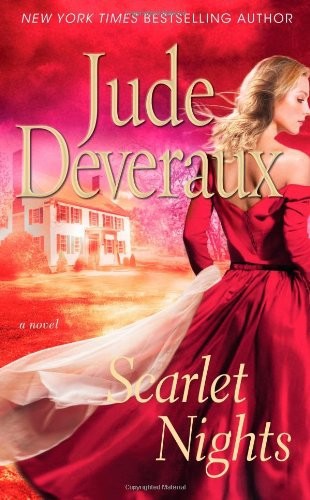 A Knight in Shining Armor

An Angel for Emily

All rights reserved, including the right to reproduce this book or portions thereof in any form whatsoever. For information address Atria Books Subsidiary Rights Department, 1230 Avenue of the Americas, New York, NY 10020

ATRIA
BOOKS
and colophon are trademarks of Simon & Schuster, Inc.

I
THINK WE’VE FOUND
her,” Captain Erickson said. His voice was forced, showing that he was working hard to control his jubilation.

They were sitting at a picnic table at the Hugh Taylor Birch State Park, just off A1A in Fort Lauderdale. It was a September morning, and South Florida was beginning to cool off. By next month the weather would be divine.

“I guess you mean Mitzi,” Mike Newland said, for just yesterday the captain had given him a thick file on the family. Mizelli Vandlo was a woman several police departments, including the fraud squad of Fort Lauderdale, plus the Secret Service—for financial crimes—and the FBI—for violence—had been searching for for years. As far as anyone knew, the only photo of her had been taken in 1973, when she was sixteen and about to marry a fifty-one-year-old man. Even then, she was no beauty and her face was easily remembered for its large nose and lipless mouth.

When the captain didn’t answer, Mike knew that a Big Job was coming, and he worked to keep his temper from rising to the surface. He’d just finished an undercover case that had taken three years, and for a while there had been contracts out on his life.

Although Mike had never worked on the Vandlo case, he’d heard that a few years ago there had been major arrests in the family, all of it happening on one day, but in several cities. But Mitzi, her son Stefan, and some other family members—all of whom they had many photos of—had somehow been tipped off and had quietly slipped away. Until recently, no one had known where they’d gone.

Mike poured green tea from a thermos into a cup and offered it to the captain.

“No thanks,” the captain said, shaking his head. “I’ll stick with this.” He held up a can of something that was full of additives and caffeine.

“So where is she?” Mike asked, his voice even more raspy than usual. He often had to answer questions about his voice, and his standard half-lie was that it was caused by a childhood accident. Sometimes he even elaborated and made up stories about tricycles or car wrecks, whatever appealed to him that day. No matter what the story, Mike’s voice was as intimidating as his body was when he went into action.

“Ever hear of …?” As the captain fumbled in his shirt pocket for a piece of paper, Mike could tell that he was excited about something other than finding Mitzi. After all, this was at least the sixth time they’d heard she’d been found. “Ah, here it is.” The captain’s eyes were dancing about. “Let’s see if I can pronounce the name of this place.”

“Jacksonville is ‘up north.’”

“Found it,” the captain said. “Eddy something. Eddy … Lean.”

“Eddy Lean is a person’s name, not a place.”

A muscle worked in Mike’s jaw. He didn’t like whatever game the captain was trying to play. “Eddylean. Never heard of it. So where—?” Halting, Mike took in a breath. “Ed-uh-lean,” he said softly, his voice so low the captain could hardly hear him. “Edilean.”

“That’s it.” The captain put the paper back into his pocket. “Ever hear of the place?”

Mike’s hands began to shake so much he couldn’t lift his cup. He willed them to be still—while he tried to relax his face so his panic wouldn’t show. He’d told only one man about Edilean, and that had been a long time ago. If that man was involved, there was danger. “I’m sure you’ve found out that my sister lives there,” Mike said quietly.

The captain’s face lost its smile. He’d meant to tease Mike, but he didn’t like seeing such raw emotion in one of the men under his command. “So I was told, but this case has nothing to do with her. And before you ask, no one but me and the attorney general know about her being there.”

Mike worked on controlling his heart rate. Many times before he’d been in situations where he’d had to make people believe he was who he wasn’t, so he’d learned to keep calm at all costs. But in those times, it had been his own life in danger. If there was something going on in tiny Edilean, Virginia, then the life of the only person who mattered to him, his sister Tess, was in jeopardy.

“Mike!” the captain said loudly, then lowered his voice. “Come back to earth. No one knows about you or your hometown or your sister, and she’s perfectly safe.” He hesitated. “I take it you two are close?”

Mike gave a one-shoulder shrug. Experience had taught him to
reveal as little about himself as possible.

“Okay, so don’t tell me anything. But you do know the place, right?”

“Never been there in my life.” Mike forced a grin. He was back to being himself and was glad to see the frown that ran across the captain’s face. Mike liked to be the one in charge of a situation. “You want to tell me what this is about? I can’t imagine that anything bad has happened in little Edilean.” Not since 1941, he thought as about a hundred images ran through his mind—and not one of them was good. While it was true that he’d never actually been to Edilean, the town and its inhabitants had ruled his childhood. He couldn’t help it as he put his hand to his throat and remembered
that
day and his angry, hate-filled grandmother.

“Nothing has happened, at least not yet,” the captain said, “but we do know that Stefan is there.”

“In Edilean? What’s he after?”

“We don’t know, but he’s about to marry some hometown girl.” The captain took a drink of his cola. “Poor thing. She grew up in a place that sells tractors, then Stefan comes along with his big-city razzle-dazzle and sweeps her off her feet. She never had a chance.”

Mike bent his head to hide a smile. The captain was a native of South Florida where there were stores on every corner. He felt sorry for anyone who’d ever had to shovel snow. “Her name’s Susie. Or something with an
S.
” He picked up a file folder from beside him on the bench. “It’s Sara—”

“You sure know a lot about the place for someone who’s never been there.” The captain paused, giving Mike room to explain himself, but he said nothing. “Yeah, he’s Stefan and we have reason to believe that Mitzi is also living in that town.”

“And no one would pay attention to a middle-aged woman.”

“Right.” The captain slid the folder across the table to Mike. “We don’t know what’s going on or why two major criminals are there, so we need someone to find out. Since you have a connection to the place, you’re the winner.”

“And here I’d never considered myself a lucky man.” When Mike opened the folder, he saw that the first page was from the Decatur, Illinois, police department. He looked at the captain in question.

“It’s all in there about how Stefan was found. An off-duty cop was on vacation in Richmond, Virginia, with his wife and he saw Stefan and the girl in a dress shop. The cop found out where they lived. As for you, a guy you worked with a long time ago knew about Edilean and your sister.” When Mike frowned at that, the captain couldn’t help grinning. Mike’s secrecy—or “privacy” as he called it—could be maddening. Everybody in the fraud squad would go out for a few beers and afterward the captain would know whose wife had walked out, who was getting it on with a “badge bunny,” and who was having trouble with a case. But not Mike. He’d talk as much as the other guys as he told about his training sessions, his food, and even about his car. It seemed like he’d told a lot about himself, but the next day the captain would realize that he’d learned absolutely nothing personal about Mike.

When the Assistant U.S. Attorney General for the Southern District of Florida called and said they thought one of the most notorious criminals in the United States might be in Edilean, Virginia, and that Mike Newland’s sister lived there, the captain nearly choked on his coffee. He would have put money on it that Mike didn’t have a relative in the world. In fact, the captain wasn’t sure Mike had ever had a girlfriend outside a case. He never brought one to the squad functions, and as far as the captain knew, Mike had never invited anyone to his apartment—which changed every six
months. But then, Mike was the best undercover cop they’d ever had. After every assignment, he’d had to hide until all of the people he’d exposed were in prison.

Mike closed the folder. “When do I go and what do I do?”

“Mitzi?” Mike asked in genuine horror. “So she can stand trial?”

“No, not her. The girl. Of course we want you to find Mitzi, but we also want you to save this Sara Shaw. Once the Vandlos get whatever it is they want from her, no one will ever see her again.” He paused. “Mike?”

Call Me Cat by Karpov Kinrade
The Coxon Fund by Henry James
First (Wrong) Impressions: A Modern Pride & Prejudice by Ball, Krista D.
Rise of the Nephilim by Adam Rushing
Avalyne Series 01: The Queen of Carleon by Linda Thackeray
Distant Obsession by Gold, Ciara, Davis, Michael
Blood Music by Bear, Greg
An Experiment in Love: A Novel by Hilary Mantel
And Then You Kiss (Crested Butte Cowboys Series Book 3) by Heather A Buchman
Home Free by Sharon Jennings