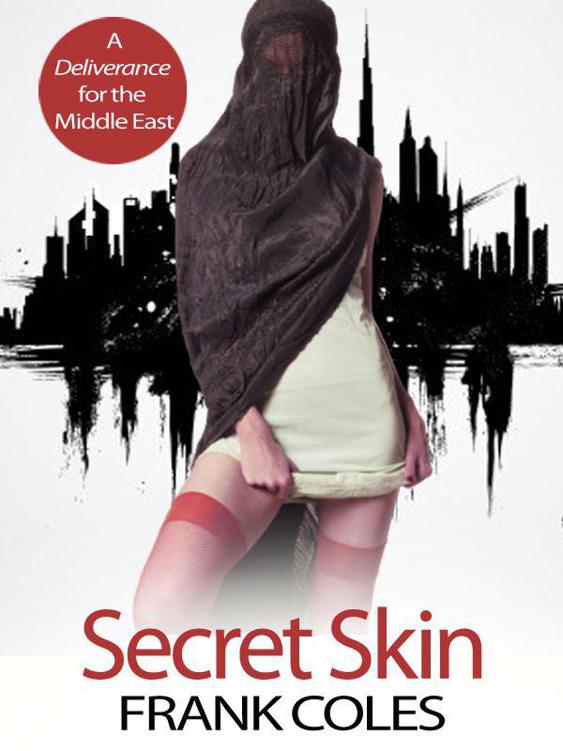 These stories are works of fiction. Names, characters, places, and incidents are either products of the author's imagination or used fictitiously. Any resemblance to actual events, locales, or persons, living or dead, is entirely coincidental.

This ebook is licensed for your personal enjoyment only. This ebook may not be re-sold or given away to other people. If you would like to share this book with another person, please purchase an additional copy for each reader. If you’re reading this book and did not purchase it, or it was not purchased for your use only, then please return to Amazon.com and purchase your own copy. Thank you for respecting the hard work of this author.

For my mother. Naturally.

This was the first book I ever wrote as myself. I'm still proud if it. I lived in Dubai for a number of years and it was an exciting place to be. It was where the lowly could become powerful overnight, hairdressers became property tycoons, laborers import-export multi-millionaires. It was where politicians from the west mixed with gangsters, tribesmen, big oil and corporate rulers without anyone asking awkward questions. Spies went shopping, assassinations happened in hotel rooms where we partied.

Stunning feats of architecture could be thrown up almost overnight and heritage demolished just as quickly. It was a town filled with good and bad and you either loved it or hated it. And as in the west there was brutality and slavery in the background, hidden, just as it is here.

But sexual violence in fiction is nearly always focused on women. In real-life the other kind is hidden even deeper and rarely, if ever, talked about.

The height of the last property boom.

A painfully skinny forensics officer stood on the edge of the creek wearing an absurd, almost theatrical uniform. His young manicured hands trembled as he pulled back the grimy tarpaulin like a child removing the cover of a surprise birthday present.

One arm slapped the empty cobbled promenade of Dubai’s dhow lined creek. The other arm stayed where it was, crippled, the elbow twisted at an impossible angle in its socket. Deep burns scored and bruised the dead woman’s wrists where they had been tied together. Graded nautical rope still bound her ankles. In a last final indecency her knees had fallen open, revealing everything to a disapproving but fascinated male audience of boatmen and police. Unashamed, each man’s eyes explored the bloody kaleidoscope of painful dark reds, soft purples, and long savage gashes where her naked flesh had been cleaved apart.

The evidence of bondage and the obvious lack of clothes made it hard to believe she had fallen from a ship and been mangled by rotor blades.

‘There’s too much mutilation,’ I said. ‘I can’t be certain.’

I looked again. Her hair and eyes were the same color, and the deformed skin also had a familiar sallow tint, but then so did half the population of Dubai.

Ignoring the patterns disturbed minds had carved into the body I moved in closer. My breathing shallowed, a feeble defense against its perfumed decay.

There was one small feature that I knew intimately, something that would distinguish this disfigured corpse from any other, a small mole on her left eyelid. Her one imperfection she'd said.

As the grand mosque’s early morning call to prayer echoed through the cool dawn air I probed her loose spongy skin and stifled a gag.

Then I forced myself to look again.

The first time I saw her she strode assertively towards me, all but invisible behind the black folds of a traditional Muslim abaya. Then she purposefully flicked the flimsy fabric to one side to reveal the secret skin of a dark leg and the momentary sheen of a translucent hold-up stocking. Her movements disturbed the flat air of the afternoon and freed an intoxicating scent of hot flesh and heavy perfume hidden from the powerful Middle Eastern sun.

As she passed she angled her head to capture my fascinated gaze with the desirable but uncommon green of her own.

Emirati women rarely looked at a man so directly. And I almost never looked into the eyes behind a veil. I either ignored them or focused on the quality of their extremities and accessories instead. Designer handbags and jewellery, either real or fake, told you about their financial standing, or their aspirations. While heavy makeup, flashes of haute couture, or the impossibly perfect skin of surgery around the eyes confirmed that under the oh-so slimming black Emirati women cared about how they looked as much as any western woman with Voguish tastes.

At the very least these cultural idiosyncrasies lent a helpful hop and a skip in my eager jumps to conclusions.

She continued her teasing promenade along Al Diyafah Street, a working area of shops and offices by day, a family and couples area by night.

As afternoon turned to dusk the street filled with crowds of transient men, either happily finishing a work day based on the cold climate hours of the western world, or returning to a sultry evening’s toil after the more practical siesta of Arabian time.

The oversized pavement cafes bubbled over with flavored shisha water pipes and an everyday street theatre of well-heeled local young bloods entertained. They cruised by in showroom fresh cars and sped between columns of slow moving traffic on expensive Japanese motorbikes, scaring pedestrians with their front wheels in the air.

Every few months an impoverished laborer would throw himself in front of the traffic hoping to exchange his life for enough blood money to satisfy a demanding family back home.

For this woman to be so bold and for the men to let her get away with it she just had to be a prostitute. A stray from the back streets, out to exploit the ready market of overheated testosterone and clammy, repressed sexuality.

Despite claims to the contrary, a woman for hire was as easy to find in Dubai as a designer knock-off in the souks. Any hotel, shopping mall or downtown street in the city would provide. Normally I ignored this aspect of the bullish city state. She had forced me to pay attention.

Two rotund men with Levantine features seated at one of the outdoor cafés called her over. I took a nearby table and studied the routine conceit of their advances, imagining the tastes, smells and sights that she would endure pleasuring such damp little men.

I looked up into the smirking face of a waiter. His expression told me he knew I wanted the woman more than anything he could provide. He was right of course. I did want her. Only not for the reasons he thought.

‘You have Turkish coffee?’ I said.

‘Arabic coffee,’ he corrected, ‘yes, how you like it?’

‘Anything else?’ he said, leering at the woman with the immodest legs. We both watched as she leaned in over the two men and listened obediently. She flashed her eyes at them, long fluttering lashes visible even from where I sat.

‘Maybe, yes. Maybe I have her too,’ I said and leered back at him. I made a thrusting, rotating, gesture with my fist and tried to make him believe that I meant what I said.

When men shared desires to do painful things to others it disturbed me, awoke my past, and when that djinn escaped the bottle it was like the touch of a cold hand in an empty bed, nothing but trouble.

The playground body language appeared to work though. For a moment the nodding acceptance of the over familiar waiter almost made me feel like one of the guys. He stalked off to a neighboring table and called out my order in Arabic to the front desk.

I watched the woman and waited for my coffee, examining the way the abaya clung to her body to reveal the discreet curves hidden beneath the treacherously opaque fabric. If I was that type of man, I would definitely have been interested. But even without seeing her face I suspected that off duty she would probably have been out of my league.

Happily, I mused, she would also outclass the two men in front of her, who by their gesticulations appeared to be haggling for a service that would involve both of them at the same time. As they negotiated she continued to ooze a casual sexuality and confidence that would make most men nervous. A nervousness that usually vanished once you realized that no matter how beautiful the woman, if she was a prostitute, she could be controlled.

Although not always. Her patience with the men wavered. One hand moved to rest on a jutting hip. The haughty flick of her other hand signaled they had already bargained too hard.