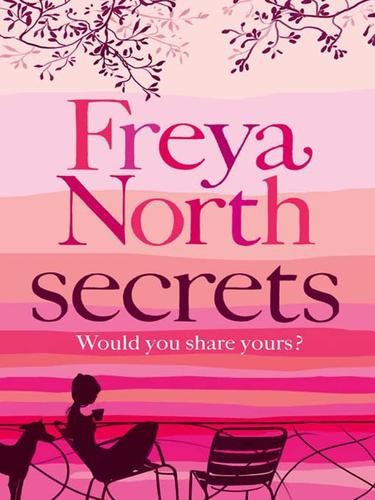 As Tess and Em crept soundlessly to a corner of the kitchen and crouched down to make themselves as small as possible, Tess chanted the words to herself. It helped to block out partially the banging at the front door and, like a mantra, it gave her some composure.

The banging, though, continued, almost in time to her quickened heart rate, but louder. Stronger.

But she had known they'd be back. They were hardly likely to have had a change of heart since their last visit, never to return. She knew that. Of course she did. However, she had not anticipated them coming back quite so soon, certainly not on a Thursday afternoon, the day she didn't work. She put a smile on for Em and they continued to crouch in silence.

House-sitting sounded so much better than crouching. After one final aggressive barrage, the banging ceased at last, though Tess and Em remained in situ for a cautious minute or two longer until they were quite sure that the people at the front door had gone. Em didn't object, she was used to it by now, content to follow Tess's lead – going along with the silence when Tess put her finger to her lips at the sound of banging; appearing not to notice if Tess answered the phone in a cod American accent. Being silent and feigning absence were two things that Tess and Em did well. Quite the double act. After all, Tess has managed to make it all a form of entertainment, both to lighten the load and fill the loaded silences between banging or ringing. Sometimes, she'd even run through her repertoire of daft faces.

Let them bang all they bloody want – I stick out my tongue and pull my fish face at the lot of them.

No more banging for today. They'd gone, for now. Tess and Em hugged as they always did when they were sure the coast was clear – in a congratulatory manner. It reminded Tess of the stories her late grandmother had told her of blackouts during the Blitz. The feeling of triumph, of personal success to have come through bombardment unscathed.

‘If ever two people deserved cake, it's you and me, Em.’ She passed Em a slice of chocolate roll with a chipper wink. She kept her anxiety hidden from view.

It is only when she's by herself later that evening that Tess relents and lets her pent-up fear creep around her like an odourless, toxic gas, chilling her to the core like a soundless scream. It has her sweating and short of breath; alternately pacing the confines of the small sitting room or paralysed to the spot. It's a detestable feeling but like severe turbulence during a flight, she has to believe she can weather it and that it will pass. She tries desperately to stifle sobs because if she starts she won't be able to stop. She blinks hard and breathes deeply and eventually she feels calmer. She closes her eyes for a short while, concentrating hard on the colour of nothing behind her eyelids. When she opens them, they alight on the newspaper. She'd found it on the tube home from work yesterday. Right now she is happy to be seduced by the serendipity that, amongst the scatter of all the free London papers in that carriage, the one on her seat was the
Cleveland Gazette
. She thumbs through it with a sense of urgency, as if the offer she'd chanced upon the day before, which has lingered with her all day today, was so good it would have been snapped up by now and disappeared from the listings.

But it is there. The house with the sea views in need of a house-sitter.

She knows the words by heart, but it is the phone number underneath them which now looms large, turning the abstract mini-poem into a real proposition. Tess knows well enough how today's newspaper can wrap tomorrow's fish and chips. But what if yesterday's newspaper had escaped such a fate? If she'd saved the paper from a brief and greasy end at the chippie – in return, might yesterday's
Cleveland Gazette
become her map for tomorrow? Did it matter that she didn't know exactly where Cleveland was? It sounded far-flung from North London – and any distance from here and all that had happened, had to be a journey worth making.

I'm crazy, she thinks, as she dials the number. I've been driven completely mad.

Joe considers not taking the call. But once the ringing stops it starts up again.

‘Hullo, my name is Tess and I'm phoning about the ad,’ someone is saying. ‘Could you tell me more?’

He pauses. Isn't he on the verge of offering the position to Mrs Dunn? ‘Well, I just need someone to oversee the old place when I'm not here. I work away from home mostly.’

‘It was more a term of affection. Detached. Victorian. Six bedrooms.’

‘Oh.’ Tess wonders if affection can ever be detached. ‘Where is it, exactly?’

‘On the outskirts of town, the Loftus Road. The pay isn't much, I'm afraid, but I'm offering a long-term position. Hullo?’

‘Of course there's a garden.’

‘Not compared to some round here. But sizeable compared to others. A good half an acre. Hullo? Are you there?’

‘Currently, I have a patch of paving stones, mostly cracked. And they're not mine anyway.’

Joe pauses. Suddenly he likes the idea of someone tending his garden who's only had a patch of paving stones that don't belong to them anyway. Perhaps he won't phone Mrs Dunn just yet. ‘Do you want to come and see it?’

‘I'll leave first thing and be with you whenever.’

‘
London!
You do know you're talking a five, even six-hour drive on a Friday? And the weather's meant to be vile tomorrow even for March?’

‘That won't matter to me. Thank you so much. You won't regret your decision.’

Joe frantically replays the conversation to see just when he'd even implied he'd given her the job. But he can't very well ask her now, nor can he object – she's already hung up.

Tess's grandmother used to say, think before you speak; she also used to say, look before you leap. Tess can imagine how her grandmother would be tutting at her now. She hadn't actually thought about what she was going to say or what she was hoping to hear when she had phoned the number under the ad. What she does know now is that, at a time when she's desperate to run away from the banging and the fear that peppers her life in London, six words in the classified section of a paper from somewhere far away have offered her a way out.

She still isn't quite sure exactly where Cleveland is. She's never heard of Saltburn-by-the-Sea. But there's a six-bedroom house there, in which she is going to be paid to stay. It might just be the answer to her most impassioned prayers, it might be the solution to her problems. It might assist her need to right wrongs. It could well be a safe-house for her secrets, somewhere to lie low until she is back on an even keel and able to start over. It is a long way from London and that's a start. She has to believe that she can do something about the people who come banging at her door. Had Tess known running away could be such a good idea, she'd have considered it much sooner.