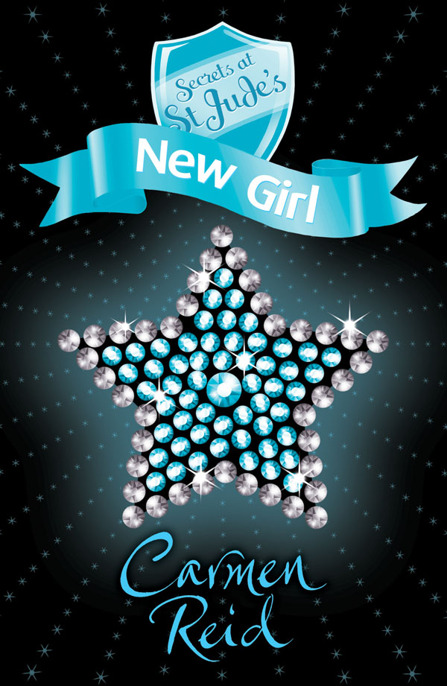 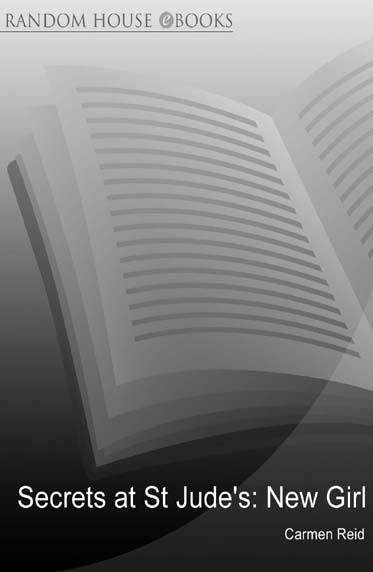 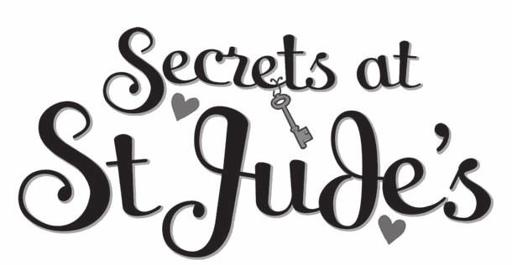 Did the Earth Move?

Three in a Bed

How Was it For You? 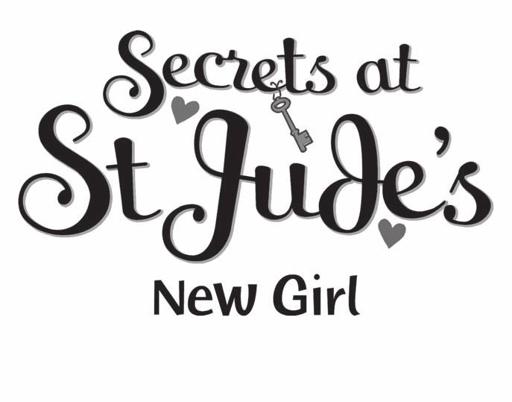 The right of Carmen Reid to be identified as the author of this work has been asserted in accordance with the Copyright, Designs and Patents Act 1988.

All rights reserved. No part of this publication may be reproduced, stored in a retrieval system, or transmitted in any form or by any means, electronic, mechanical, photocopying, recording or otherwise, without the prior permission of the publishers.

The Random House Group Limited supports the Forest Stewardship Council (FSC), the leading international forest certification organization. All our titles that are printed on Greenpeace-approved FSC-certified paper carry the FSC

logo. Our paper procurement policy can be found at www.rbooks.co.uk/environment.

Gina Peterson didn’t hear the electric gates slide open, or the silver Mercedes convertible purr through into the drive. She didn’t hear the heavy wrought-iron and glass front door slam shut, or the
tappity-tap
of her mother’s elegant high heels on the parquet floor of the huge, jaw-droppingly impressive entrance hall.

Over the noise in her bedroom, Gina had no hope of hearing her mother’s screech of fury as she took the white marble-topped stairs at something as close to a run as she could manage, what with the heels and the fact that she was pulling a tired eight-year-old boy along behind her.

‘
Gina!’
Lorelei Winkelmann screamed at the top of her voice, furious that, yet again, she was going to have a row with her spoiled brat of a daughter.

It was almost 7 p.m. (Pacific Time) and something of an all-girl party was going on in Gina’s rooms: her 1

three best friends, Paula, Ria and Maddison, had come over to the house after school.

House
wasn’t quite the right word for the place.

The Winkelmann, Royce and Peterson family home in Malibu, California, was one of those stunning glass modernist fantasies with enormous windows, billowing curtains and a sparkling view of endless ocean and sky.

The bright turquoise swimming pool in the garden was long enough for Lorelei’s fifty laps at 6.20 a.m. to be properly invigorating. Naturally, there was a gardener who mowed the lawns, trimmed the shrubbery and watered the plants all day long, while indoors a housekeeper buffed the maple, chrome and marble surfaces to dazzling perfection.

Gina and her half-brother, Menzie Royce, had lived in this luxury for as long as they could both remember, with not just a room of their own, but a whole suite –

bedroom, sitting room and personalized bathroom (Gina’s was pink with gold taps; Menzie had recently chosen an elaborate Superman mosaic for his shower, which he was already acutely embarrassed about).

Whenever people asked Gina what Lorelei and her partner, Mick, Menzie’s dad, did for a living, Gina’s glib reply was: ‘Oh, computers . . . software, you 2

know, that kind of stuff. They practically invented the Internet.’

Maddison and Ria were sprawled across Gina’s double bed, taking turns to paint each other’s fingernails in the moment’s shade of ‘Screaming Queen’

pink, while Paula and Gina were practising their dance moves to the retro-disco belting out from the surround-sound stereo. All four were decked out in ‘awesome’ (or, to the uninitiated, ‘ludicrous’) new outfits chosen at great length from the landslide of expensive tops, skirts, jeans, shoes, bags, jewellery, jackets and sunglasses spread across the floor, the bed, the sofa and as far as the eye could see.

‘Man, we rock!’ Gina panted, gyrating her hips in time with Paula’s and attempting a complicated move that was more painful than she’d expected in the shoes she’d borrowed from her mother’s wardrobe. ‘I can’t wait for next weekend! I. Can. Not. Wait.’

‘So has your mom OK’d everything?’ Paula asked loudly, so as to be heard over the music.

‘Oh . . . you know . . . I’ll tell her you’re going and your mom’s said it’s OK, so that will be’ – Gina put her hands behind her head, flicked up her long blonde hair and carried on dancing as best she could in three-inch heels – ‘cool.’

She, Paula, Ria and Maddison had a plan. The weekend after next they were going to hook up with Paula’s boyfriend, Martinez, and three of his friends, including Aidan. Yes, most definitely including Aidan.

Gina got that stupid, trippy, butterfly-stomach feeling whenever she thought about Aidan, but that didn’t stop her worrying a lot about whether he liked Ria better than her. Gina imagined going for long walks with Aidan, talking to him, holding his hand and feeling his arm around her shoulders. But she didn’t like to think about kissing him. Because just
thinking
about kissing brought on flashbacks of her last boyfriend: Squid Boy, so named because he had turned out to be damp, slimy, squelchy and tentacle-armed. Gina shuddered and tried to put the Squid out of her mind.

Anyway, the eight of them were all going to take a bus up-state to the Water’s Edge Festival to see some of the coolest, most happening bands in the world, and they were going to camp for two nights in adjoining tents. Paula and Martinez had already organized the tents; had in fact taken quite a close interest in the sleeping arrangements.

‘You can’t lose your virginity in a tent you’re sharing with your friends,’ Gina had warned. ‘It’s just not romantic . . . or polite.’

The trip was organized, the tents and sleeping bags had been bought, the festival tickets booked. There were just a few tiny details to tie up . . . like, mmmmm, getting their parents to agree. Everyone had been so scared their parents would say no that no one seemed to have actually asked yet.

‘I was going to tell my mom that your mom had already agreed,’ Paula said, breaking into the kind of groovy little on-the-spot moonwalk that proved, yet again, she was the best dancer.

Gina had been dancing with Paula and copying her every move since first grade, but it didn’t make any difference: Paula was a natural and Gina was the kind of dancer who twisted her ankles.

‘Not a problem,’ Gina told Paula now. ‘Our moms are far too busy to actually speak to each other. Jeez, they’re both such classic over-achievers.’ She glanced down at her little silver wristwatch, which was Gucci (of course), just as most of her tops were Juicy and her jeans 7 For All Mankind. In Gina’s group these were the current shopping rules, which had to be obeyed.

‘It’s only seven,’ Gina added. ‘Mine won’t be home for at least another hour, or later if she’s doing “me time” at Power Pilates. Yours?’

So all four girls were a little surprised, to say the least, when the bedroom door burst open and they saw Gina’s mother, Lorelei, towering before them, all heels, piled-up hair and slick skirt suit, shouting at the top of her voice: ‘
What are you doing?! What the hell is going
on in here?!
’

‘Hey, get back in your box, Mom,’ was Gina’s amazingly cool response. Much as she was used to these regular rants, she did at least have the sense to pick up the remote and snap off the music.

In the sudden silence, Paula, Ria and Maddison stood rooted to the spot, although one glance at Ms Winkelmann’s face told them they needed to pack up and get out of there just as quickly as their legs could carry them.

‘Look at this place!’ Lorelei began, surveying the nuclear damage that four girls in search of the perfect outfit can inflict on a teenage bedroom. ‘Look at
you
!

‘My shoes!’ she shrieked. ‘Take them off at once.’

‘All right.’ Gina glared back, daring to meet her mother eye to eye and folding her arms defiantly across her (still, despite all those exercises, 32 B) chest.

‘Don’t you dare look at me like that!’ Lorelei stormed. ‘I want an explanation and I want a really big apology or you don’t get one cent in allowance for a very long time.’

‘What for?’ came Gina’s outraged response as her friends began to quietly gather up their things and sidle towards the door.

‘Oh, you’ve forgotten who this is, have you?’ Lorelei pulled her left hand forward and Menzie stepped out from behind her legs.

For a moment Gina didn’t answer. She was doing the math. Was today Friday, by any chance? Because on Fridays she was supposed to get a cab from her school and go straight to Menzie’s school to collect him. Then she was supposed to bring him home and look after him until Lorelei or Mick’s return.

Because she had forgotten to show up at Menzie’s school several times before, Lorelei always called her on her cell phone to remind her, but then Gina had left her cell in her locker, hadn’t she?