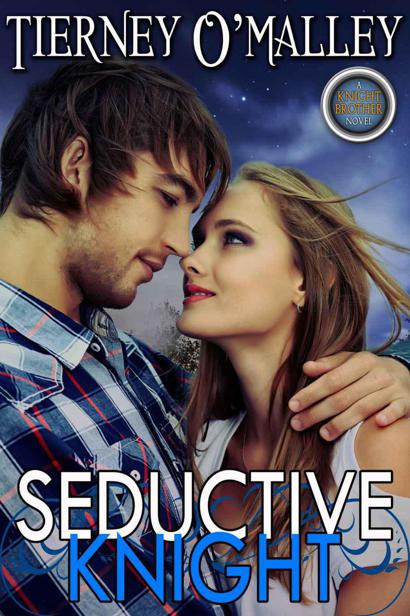 Alexandria Rose travelled back to the United States hoping to solve the mystery surrounding the man her mother had killed. What she did not expect was to find herself living with the man she’d asked for marriage when she was just a girl—Gawain Knight.

Gawain Knight has been trying to follow his brothers’ footsteps in finding the right woman. But he doesn’t have to look far. The young girl who asked him to marry her has come back to stay with him. Alex turns out to be a bewitching woman he can’t stop kissing. Since she stepped foot in his house, he can only think about her. Alex is the one for him. But there is one problem—she’s not staying for good. Can his love be enough to make her stay?

The stars will stop shining and the sun from rising, but I will never stop loving you.

Alex sat on the steps close to the top landing of their staircase. Today, she turned ten. Next year she’d be eleven and then she could go shopping for mascara and eyeliner. Mom said so.

She watched her classmates, neighbors, and her dad’s friend’s kids run around the room. They kept on coming and going. She knew only some of them. Mom invited the others because they were children of her daddy’s friends. It wouldn’t look good for Daddy’s business if they didn’t get invited.

Some of the kids popped balloons, pulled crepe paper off the banister that she and Mom worked so hard hanging that morning. She didn’t like that, but Mom said she shouldn’t mind them. The other kids might think she was a bossy bossington if she told them to stop.

“Alex, come down and play with the girls.”

Alex looked at her mom standing at the foot of the stairs with a big smile on her face. She looked so pretty in her sleeveless white dress with a black belt. Someday, she would grow up to be as pretty as her.

“Not yet, Mom.” She wouldn’t leave this spot until he arrived—Gawain.

“Your knight will come,” Mom teased.

Alex pouted and stomped her foot. She hated it when Mom teased her about Gawain. Yeah, Mom knew about her big fat crush on Gawain Knight. Mom knew everything. She wondered if all moms were the same.

“Okay, okay. Alex, sit properly. I can see your underwear from here.” She left to talk to Mrs. Adams, their neighbor.

Looping her finger around her necklace, she focused her eyes on the front door. She waited. She hated waiting, but Mom said grace would come to those who showed patience. Why would grace come, she didn’t know. She didn’t have a friend named Grace.

“Later, Maria.” Alex waved at her friend. Maria’s dark hair shone like the skies at night. She’d been jealous of Maria’s hair, but Maria said she wished her hair to be blonde like Alex’s. Weird, that.

She propped her elbows on her thighs so she could rest her chin on her hands.

What’s taking him so long?

Alex checked the grandfather’s clock. The party started at three. Gawain was three minutes late! Annoyed, she started picking the scab off her knee. Maybe he changed his mind. If he did, she would never talk to him again. She scrunched her nose at the thought. Yeah, she would ignore him forever.

Her arm hair stood when she accidentally pulled a part of the scab that wasn’t ready to come off. “Oww,” she whimpered. Blood beaded on the pink spot where she removed the scab. She quickly covered it with the hem of her dress. She had just decided to join the other girls when she spotted Gawain talking to her mom. His younger sister, Kirsten, stood beside him. Alex liked Kirsten, but they never got to hang out. Mom said the Knight brothers watched her like hawks. Gawain bent down to say something to Kirsten and then he let go of his sister’s hand.

Wouldn’t it be nice if she held hands with Gawain? Alex bit her lower lip. She couldn’t understand why she always felt like screaming from happiness whenever she saw Gawain but not feel anything at all toward his brothers or other boys.

Gawain saw her and smiled. She returned it by scrunching her nose. “Hmmppht. Been waiting a long time for you,” she mumbled under her breath.

Shaking his head, he started walking toward her. Suddenly feeling shy and nervous, Alex wrapped her arms around her knees and stared at her shoes. Why she felt nervous so suddenly, she didn’t understand. Gawain always made her feel weird—funny kind of weird. Hard to explain. Mom said it was natural to feel those emotions because she had a crush on him. She stole a glance at him.

Alex wanted to run downstairs and ask him why he was late, but like Mom said, she needed to learn to be patient. So, she just sat on her spot and watched him take the steps real slow.

“Happy birthday, imp,” he greeted when he finally reached her side.

“Not that late. What are you doing here all alone?”

“Waiting for you. You’re late,” she repeated.

“Ah. Is this enough to make you forgive me?”

“Yup.” With a big smile on his face, he handed her the box wrapped in a shiny green paper with different color flower prints, and then sat beside her. “Open it now.”

“But Mom says I have to wait after we eat cake. Then I can open the presents.”

“I already asked her. She said it’s okay.”

Alex couldn’t stop smiling and then felt silly about it. Quickly, she looked away, then ripped the wrapper. She opened the box. “A turtle,” she whispered. “I’ve never had a stuffed turtle before.”

It was a stuffed green turtle with blue eyes. She ran her hand on the soft shell, murmured the word thank you, and then looked up to him.

“This turtle reminds me of your green eyes.”

Alex thought Gawain’s smile could have melted even the hardest gumball—the smile that she’d captured in her heart and had been keeping inside all these years. “I won’t get it wet and dirty,” she replied.

“You can do whatever you want with it. It’s yours.”

“Are those real sapphires?” Gawain touched the oval shaped pendant.

“That’s what Mom said. She said Dad’s grandpa’s grandpa gave this to my dad’s grandma’s grandma.”

“I’m just borrowing. I like to borrow Mom’s pretties. She lets me play with them. She has more, but this is my favorite. Mom said this is a family jewel and don’t lose this one because it is worth more than three houses this big.”

“How much do you think this house is worth?”

Gawain whistled. “Yeah. That’s a lot. With twinkles in his bluer than blue eyes, he whispered the words, “I read your letter.”

Gawain touched her chin and closed her mouth. “I won’t give you my answer just yet.”

Gawain laughed. “You need to grow up first.”

“So? My dad is nineteen years older than my mom. I heard my mom said Dad was already in college when she was born and she was just a baby when Dad started smoking weeds!” She leaned closer to Gawain to whisper, “That’s a bad cigarette.”

Gawain laughed. “Stop listening to adults’ conversation. Someday, brat, you’ll get your answer.” And then he did something that had made her sigh all day. He kissed her. On the lips.

And it wasn’t a quick one, either.

With that lopsided smile of his, he stared at her while their lips got closer and closer. When he finally pressed his lips on top of hers, she closed her eyes and held her breath. He didn’t just give her a peck, but a real, lips-to-lips that lasted probably…oh, five seconds.

The kiss went on like forever. He smelled of cool mints, his lips not hard, but not too soft. It wasn’t a wet kiss, but not dry either. It was perfect.

Long after Gawain left his spot to talk to other guests, Alex stayed seated on the top landing for who knew how long, smiling to no one in particular, replaying in her mind the kiss. Her first kiss from the most handsome young boy she’d ever met. She decided not to drink or eat anything to keep Gawain’s mark on her lips forever. While looking at the fruit juice mixed with cut-up
Jell-O
s, her stomach grumbled.

Convinced that a glass of juice wouldn’t really wash away Gawain’s kiss, she came downstairs, then headed to the table heavy with drinks. She was about to serve herself a glass when someone pulled her pigtails. Alex looked behind her. It was Reina.

Reina, Mrs. Adams’ pretty daughter, was glaring at her. Alex never liked her because she was a mean fourteen-year-old Gawain always hung out with. Reina never liked anyone other than herself. Mom said Reina acted like a B.I.T.C.H all the time.

“Alex. You already turned ten, but I’m sure everyone still thinks you’re only six years old with a body of a boy. You know most ten year olds have boobs already.

“I’m wearing my training bra because I have—”

“Training bra? You wore a training bra because…what are those little bumps on your chest? Mosquito bites?” Reina laughed.

Her voice sounded like a cackle to Alex. Like the mean witch in the movie Fantasia. “You’re rude.”

“Rude? Girl, I’m just telling you the truth. Even your friend Maria has boobs. When I was your age, I had boobs the size of Gawain’s fists. Boys like them, you know. Without them, they’ll never pay attention to you.”

“Your mom is a liar and whore,” Reina whispered the last word.

Shocked, Alex took a step back. She knew what the word whore meant. It wasn’t good. “Don’t call my mom that.”

“Stupid. Everyone knows she is a whore. I heard the grownups talk about her. Nobody is saying it to her face because of your dad.”

“Go ahead, rat. Do you think you’ll save your mom’s feelings if you tell her that people know where she came from?”

Alex couldn’t understand what Reina was trying to tell her. Why would people talk bad about her mom? “What are you doing here? You’re not invited.” Alex gave Reina her annoyed look.

“You didn’t invite me, but my date did.”

Scalpdancers by Kerry Newcomb
The God Box by Alex Sanchez
Going the Distance by Meg Maguire
Agent with a History by Guy Stanton III
Charlie and Pearl by Robinson, Tammy
Gone by Anna Bloom
El señor del carnaval by Craig Russell
Mojitos with Merry Men by Marianne Mancusi
Believer: My Forty Years in Politics by David Axelrod
The Legend of Ivan by Kemppainen, Justin