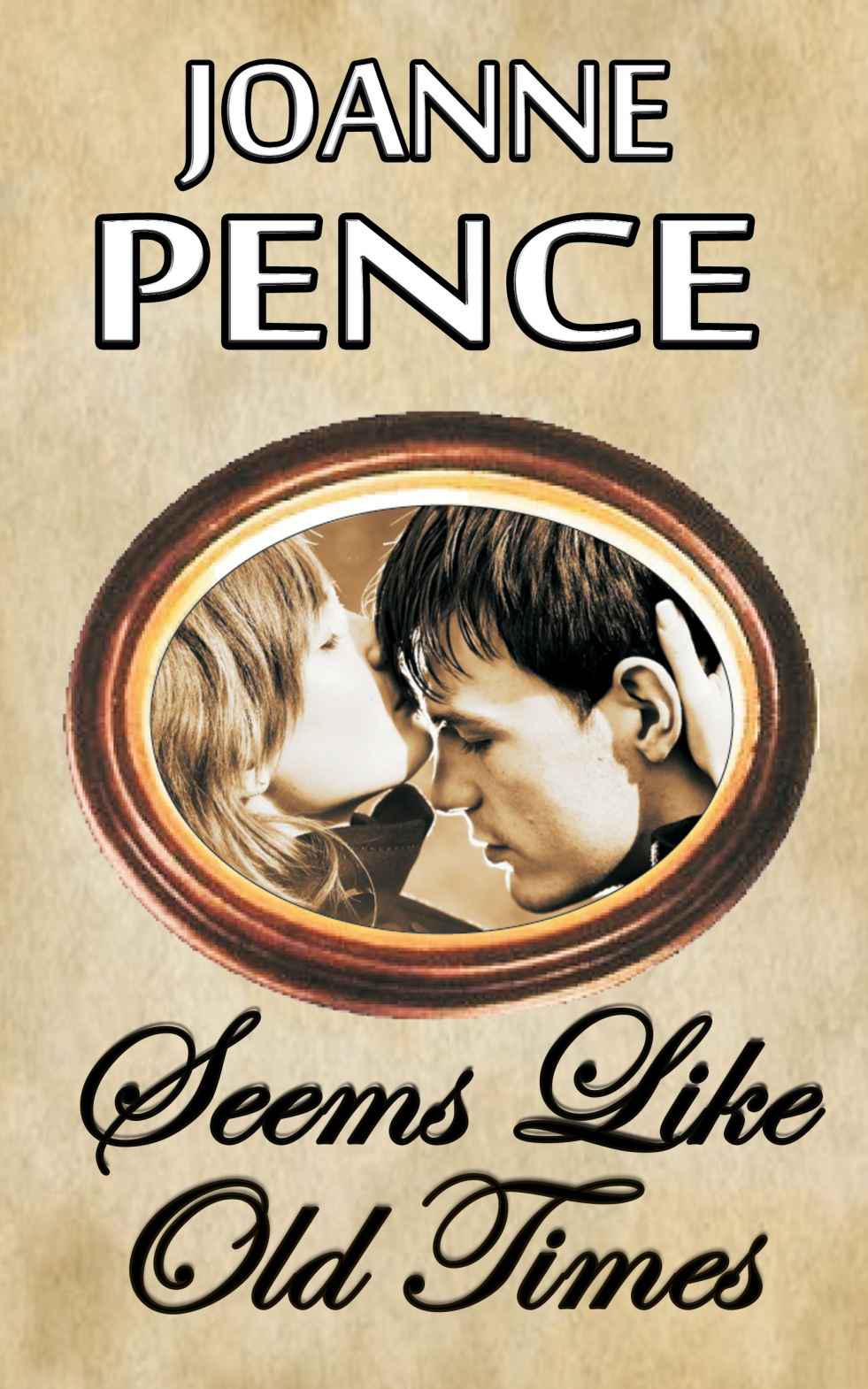 Growing up, Lisa Reynolds was expected to be "perfect" in everything she did from grades to career to the social status of the men in her life. She denied her own nature, her own heart, to be what others wanted her to be. But despite the perfection Lisa portrayed to outsiders, the state of her home life was filled with ugliness.

Tony Santos had been a major league baseball player but now finds his days of glory are gone. He's back home to raise his son as a single dad. As a teenager, he loved Lisa, but to her, the poor son of a Mexican ranch hand could never be more than a friend. Yet, he was the one person who understood and accepted her as she truly was. He never forgot her, but also never forgave her.

When Lisa, who is now known as "Lee" Reynolds, nationally known TV news anchor, returns to her home town to sell her deceased mother's home, she never expects to find Tony there.

Both of them have changed a lot. Yet, being with him, she finds that in her heart, it seems like old times...

[This story was previously published under pseudonym JoMarie Lodge.]

Joanne Pence is an award-winning and USA Today best-selling author of the Angie Amalfi mysteries as well as historical fiction, contemporary romance, romantic suspense, a fantasy, and most recently, a paranormal thriller. Her historical and romance novels were first released under the pseudonym "JoMarie Lodge," but now all books are available as e-books and most are also in print. The stories present a variety of times, places, and reading experiences from mysterious to thrilling, emotional to lightly humorous, as well as powerful tales of times long past.

The Angie Amalfi mysteries have been USA Today and Independent Mystery Bookstore Association bestsellers, and the series has won the Independent Booksellers' Golden Scroll Award. SOMETHING'S COOKING, the first book in the series, was nominated for the Romance Writers of America's RITA award in romantic suspense. TOO MANY COOKS, the second book, received a Gold Certificate from RomCon and Reviewers' Choice Award from Romantic Times. COOKS OVERBOARD was a Mystery Guild featured alternate; TO CATCH A COOK was nominated for a Reviewers' Choice "Best Amateur Sleuth" award, Golden Quill Award, and Daphne Du Maurier Award; BELL, COOK, AND CANDLE and TWO COOKS A-KILLING were also nominated for "Best Amateur Sleuth" awards; and the recent books have all been Romantic Times "Top Picks." Joanne is a two-time nominee for the Romantic Times Career Achievement Award in Mystery.

The stand-alone novels have all been on Amazon Kindle Top-100 best-seller lists.

All rights reserved. No part of this book may be
reproduced or transmitted in any form or by any electronic or mechanical means including
information storage and retrieval systems without permission in writing from
the author, except by a reviewer who may quote brief passages in a review. This
book may not be resold or uploaded for distribution to others.

This is a work of fiction.
Any referenced to historical events, real people, or real locales are used
fictitiously. Other names, characters, places and incidents are the product of
the author’s imagination, and any resemblance to actual events, locales or
persons, living or dead, is entirely coincidental.

The low-lying redwood and glass buildings of Miwok High
stood on the opposite side of the creek. As Lee Reynolds, news anchor on a
national cable television
network,
pulled into the
parking lot she saw that the school was empty, the gates shut. She hadn't been
back here since she'd left town during the summer following her high school
graduation, seventeen years earlier.

She got out of the car. The door slamming shut was like a
rifle crack in the quiet. A wooden, Japanese-style, arced footbridge crossed
over the creek to the school buildings, and along its banks, weeping willows
bowed their branches.

Lee stepped toward the bridge,
then
stopped. A part of her wanted to hurry away, warned her that being here was
playing Russian roulette with her memories. But another, stronger part, pushed
her closer to the school, and she crossed over the rippling waters of the
creek.

The air was unnaturally still as if, could she but listen
hard enough, she'd hear the bustling and laughter of students past and present,
hear whispers of secrets shared and promises broken.

A lone bicycle rider cut in front of her, dropped his blue
bike off at the bicycle rack, climbed over the cyclone fence surrounding the school
and disappeared between the buildings. Amused, Lee watched his every movement,
wondering what could possibly cause a teen age boy to break into his school
grounds on a Saturday afternoon. Thoughts of burglary and vandalism came to
mind because of stories she heard every day living in Manhattan, but she
quickly dismissed them. This was Miwok, California, after all, a small rural
town forty miles north of San Francisco. The boy had probably forgotten a
homework assignment.

She wasn’t about to hop a fence. As she turned to leave,
her gaze caught the blue bicycle.

Tony Santos had a bike that color....

She shuddered, then slid her hands into the pockets of her
linen jacket and began to stroll along the dirt path that circled the outside
perimeter of the school.

She glanced back at the bike once more, wistful yet
surprised at how sharply her memories had returned. The first time she'd ever
seen Tony he was standing beside his bike, right about where the boy left his.
Lee had been waiting for her best friend, Cheryl McConnell. She was fifteen, a
sophomore, and Tony was the same. He'd been bending over the bicycle rack
working the combination lock. As he yanked the lock and chain off his bike, he
noticed her watching him and straightened, allowing the chain to hang against
his long legs. Then he smiled.

She shook her head slightly at the memory. He'd burst into
her quiet world with all the charged energy and motion of a sonic boom. He had
charm. She'd never forget his charm.
0r his independence.
Or his knowledge of the world beyond Miwok.
She'd
envied that knowledge with all her heart, and had ached to see that world, away
from Miwok, away from her widowed mother, and to become a part of it.

She'd heard about Tony since the first day he showed up in
class, which wasn't surprising in a school of only three hundred students. He
was Mexican and no other Mexican kids went to Miwok High. Most lived inside the
town limits on the other side of the valley and went to Drake, an older, far
larger school. But Tony Santos' father worked and lived out at the Circle Z
Ranch, so he was in Miwok's school district.

The other kids said he was quiet. Maybe he didn't know
English, they snickered, and he didn't seem to have any money. They decided his
father probably cleaned the stables and that Tony Santos was, in short,
a nobody
.

How pompous those kids were. And she was one of the worst.
How rudely she'd stared at him there, at the school's entrance.

Thin and lanky, he seemed to be all arms, legs and feet.
His black hair was straight and shiny, and the forelock that fell as he bent
over the bike, reached past his eyes. A high, narrow nose flared slightly at
the nostrils; deep set brown eyes peered under arched brows; and a finely
shaped mouth curved upward. His skin was a light olive tone, yet shades darker
than her own
. As her stare continued, his smile faded, and
he stared back, his chin lifting arrogantly.

He took a step toward her. The bicycle chain still hung
from his fingers. She stiffened. She'd heard Mexican kids were always fighting
and getting into trouble with the law. At his next step she jumped back, ready
to run.

He froze,
then
turned his back to
her as he lifted his book bag onto his shoulders. Sliding the bike off the
rack, he swung one leg over it in a smooth, graceful motion, then, standing as
he pedaled, he rode right past her through the open gate, never meeting her
gaze. He reached the street and sped down it.

She felt a chill. Ghosts of the past really must dwell
here, she thought. Either that or she was getting cold walking around out here.

She couldn't believe how far she'd walked. She'd reach the
backside of the school, past the classrooms and in view of the playing fields.
The grounds were enormous, almost like those of a private, rural college or university.
Swathed in lawns they included a field for football and another for baseball.

When had she stopped going to baseball games?

The chain linked backstop, shaped like a giant bustle,
jutted into the sky and drew her toward it.

Her gaze drifted from the pitcher's mound, to the diamond,
the outfield fence, then back to the stands and the announcer's booth.
Something about a baseball field, even when it was empty, echoed the crack of a
bat, the roaring cheers of a crowd--her crowd, her old friends--filling the
bench seats.

She'd sat untold hours in those stands watching Tony. She
could almost see him once again, looking slender but strong in his blue and
white uniform, standing at home plate his knees slightly bent, leaning forward
at the waist, elbows out,
a
powerful grip on the
baseball bat held high over his right shoulder. A royal blue cap, a big, white
"M" on its crown shaded eyes that stared unflinchingly at the
pitcher.

She turned to go home. The image faded, but the memory of
the boy lingered. She bowed her head, her pulse drumming, not believing that
after so many years the remembrance could be so sharp.
Or so
painful.

The small, northern California town of Miwok was abuzz
with the news that its most famous daughter, TV newscaster Lee Reynolds, was
back. People sat on their front porches or walked along the sidewalks and
peered hard into any unfamiliar car that passed by, hoping to catch a glimpse
of the elegant blonde.

The town lay nestled in a valley, separated from the
Pacific by the coast
range mountains
. The May air was
crisp, as if the ocean winds had whipped over the mountains to brush away any
soot or grime and leave the homes, gardens, businesses and parks clean and
sparkling.