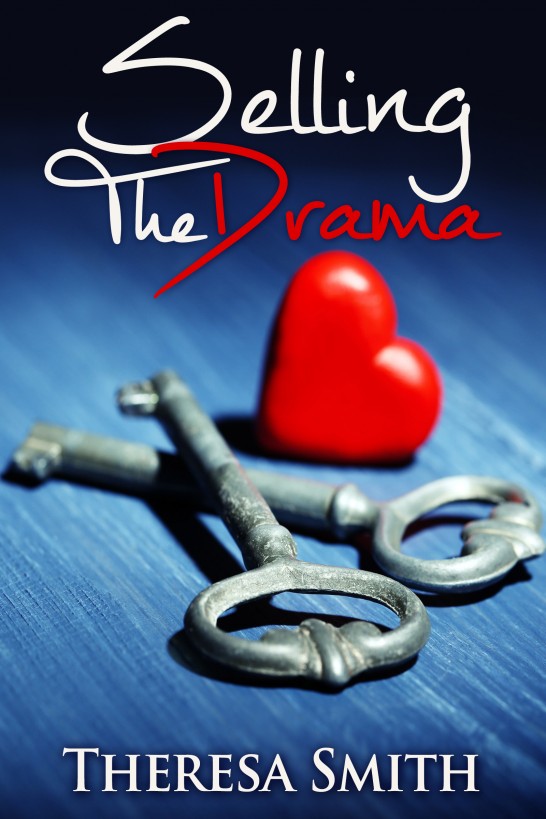 This ebook is licensed for your personal enjoyment
only. This ebook may not be re-sold or given away to other people.
If you would like to share this ebook with another person, please
purchase an additional copy for each person you share it with. If
you're reading this book and did not purchase it, or it was not
purchased for your use only, then you should return to
Smashwords.com and purchase your own copy. Thank you for respecting
the hard work of this author.

You look at me that way

And say I must not love you

Missing the point entirely with your pragmatic view
of the world

Well I am grey

I am the grey that stole under your skin

I am the grey that moved within your veins

Breathed air into your lungs and set fire to your
imagination

I am the grey that taught you how to feel

How to taste the sun

And inhale the stars

I fear for you my love

I fear for your heart and the consequences of your
denial

I shall wrap my own heart up in grey

Waiting for the day your black blends with your
white

I will wander through this barren landscape of your
tangled ideals

Enough to one day help you see

Love is all I ever did to you

Other titles by this author

The stillness should have alerted him right
from the outset. It was six o'clock; dinner hour. Evening news
time. Pots banging and cutlery clinking; fat hissing in a pan.
Lights blazing, downstairs at least, and given the unseasonably
cold weather, smoke curling from the chimney. Instead, the house
was dark, not just silent, but utterly still. The back step, second
from the top, creaked under the weight of his foot, a sound so loud
it was almost startling. He thought about turning around right then
and there, pausing everything in that eerie moment that existed
between what was about to become the new parameter of his life: the
before, and the after.

In the before, he was still a youth. Sixteen
years old and already over six feet tall, handsome and smart,
athletic and popular. And yes, somewhat naive, despite all that he
had witnessed and endured already within his life.

In the after, he was ruined. The very core
of him violated; permanently altered. He aged, within that single
moment, leaving his youth behind, its compression an inevitability
he realised he had always been waiting for.

With one foot in the room and one still out,
he listened, for any sound at all, a breath, a creaking board
overhead; but there was nothing. Just that cloying, heavy stillness
and the beat of his own heart. No movement whatsoever from his
mother lying twisted on the kitchen floor, her head in a pool of
what was undoubtedly her own blood.

Years of reading the signs, knowing exactly
what precipitated his father's rage, he'd slipped out the back door
earlier in the evening, intent on disappearing for a few hours.
Like a coward. The word fell into a rhythm identical to the
pounding of his heart. It taunted him, shouted at him, sneered at
him, slapped at him. Knowing the signs, understanding the
repercussions; he had still left her to him.

Once, about a year earlier, he had stood up
for her, but she had shouted him down and begged him later to never
do it again. To leave well enough alone.

The wood of the door frame bit into his
hands as he gripped it tighter; breathing rapidly becoming a
struggle he had to fight to maintain. Panic reigned as a tide of
sickness rose within him, such a familiar and unwanted urge, the
only thing strong enough to force him to turn away. Stumbling
outside, the railing became the only reason he remained standing as
the vomit spilled forth. With pain invading every part of his body,
the heaving did not let up even long after there was nothing left
to hurl. Boneless, a shaking and sweating mess, he sank to the
porch floor, resting his head on his knees. Just breathe. In. Out.
Repeat. A method of coping he had long ago perfected. Fists
clenched to still his trembling hands.

The sounds of the night surrounded him. He
needed to get up. Go inside. He urged himself on, rising weakly to
his feet, placing one foot forward, then the next. Over and over.
Crouching down beside his mother, the instinct to touch her left
him. What had that bastard hit her with? Her face; her poor face.
Anger and sorrow combined, renewing his focus. That necklace, lying
against her bruised throat; it needed to go. Pushing it deep into
his pocket, he methodically stripped her of all the offending
pieces of compensation she regularly adorned herself with. Each
item of jewellery had a story attached to it, and Toby could recite
them all. He would not allow her, in these final moments, to be
bound to that bastard. What had weighed her down in life would not
weigh her down in death. Rising to his feet, the anger within took
over, so intense it made his head spin. Whirling around, the
closest chair bore the brunt of his rage as he hurled it across the
room, the sound of it clattering against the wall silencing even
the crickets outside momentarily.

Crossing over to the discarded chair, he
wrenched out one of the broken legs and stalked purposefully out of
the kitchen. With the piece of wood gripped tightly in hand, he
went from room to room, seeking his father, anticipating him lying
drunk, determined to find him, willing to stand before him without
fear.

But the house was empty.

"Do you have any idea where your father
is?"

"No." Toby stared at the police officer,
deliberately keeping his gaze steady.

"You're certain he is responsible for
this?"

"Yes. I am quite certain." He cast his eyes
away from the sympathy so evident before him.

"I'm sorry. This is a terrible thing that's
happened to you."

He nodded. And they both left it at
that.

It was reported, in the days that followed,
as a crime of passion. "The Worst Crime this small community has
EVER seen." And that was just the start of the media tags. They
quickly moved on to: "Teenage boy survives Massacre", as though his
father had gone and taken out half the town in his own kitchen. And
the one that made Toby's skin feel tight each time he saw it:
"Darkness descends over a teenage boy's future," complete with his
most recent school picture below it.

Then they found his father.

The police were leaning towards suicide,
applying the theory that his father had driven his car into that
big old tree deliberately, ending his own life out of guilt,
perhaps even a sliver of remorse. But Toby knew his father well
enough to understand that it was more likely accident than design.
That bastard had been too much of a coward to kill himself. And as
for guilt and remorse? Toby doubted he even knew the meaning of
those states of being. More likely, he'd been panicking, focused
only on escape, not paying attention, speeding in an effort to put
some distance between himself and the town, when karma had stepped
in and taken over. Toby kept these thoughts to himself though,
preferring to watch it all unfold rather than actively participate.
His personal thoughts mattered little in the end; the result was
the same, and he couldn't say that he was sorry for it.

There was a macabre celebrity status
bestowed upon him in the early stages of emergence from the
tragedy. Everyone was full of offers for him to stay with them.
Sympathetic hugs, pats on the back, food parcels; these gestures of
support and goodwill were all pressed upon him by shocked members
of the community. And they were shocked, because it was shocking,
in a totally shocked out way that made your jaw drop. Who in the
world would ever have picked Doc Harrison as a wife beater? It just
didn't seem plausible. He wasn't the type! He was a professional;
charming and philanthropic, such a pillar of the community.
Everyone knew that men who beat their wives were the ones who had
nothing going for them; the ones who were unemployed, drug
addicted, and alcoholic - those so frustrated within their own
existence upon the fringe of society, that they felt it was their
due to inflict their encumbered circumstances onto their families
in the form of unrestricted violence. Perhaps, it begged to be
considered, that Doc Harrison had been set up? Surely, there was
more to this story, another explanation, a possibility that this
was all a terrible misunderstanding. While these well-wishers
sought absolution for their hero, they unwittingly set about
justifying the death of an innocent woman to the face of the son
who had been left behind.

In the wake of their disillusion, Toby found
their consequent expressions of sympathy disingenuous, and
increasingly hard to accept. His mother had been killed by a
narcissistic predator within the sanctuary of her own home. There
was no misunderstanding, nor was there any justification. With the
clarity of hindsight, Toby was able to see the limitations that had
been put upon his mother within the confines of such a small
community. In her bid to maintain her dignity, she had fooled
everyone and trapped herself, consequently assisting in the
elevation of a monster to a status of which he had no right to
occupy. Toby hated every one of them; every person who shook their
head sadly in his direction, clucked their tongue in sympathy, and
had the audacity to think a fucking pie could make up for the fact
that he no longer had a mother.

A temporary refuge was offered by the police
officer who had been the first to arrive at the house on that grim
evening. His name was Ian. He was a young man, married, with two
small children. Toby felt safer with this option, less likely to be
questioned by the curious, and overwhelmed by the sympathetic. He
found that while there was sympathy for him within this house, it
was kept in check and subsequently less contrived than that of the
general community. He could accept what was being given to him by
Ian and his wife; it didn't enrage him or make him sick. It merely
made life a little easier.

"Toby, there's an item in the paper today
about your family." Ian had the offending rag rolled up in his
hand, tapping it against his leg with a nervous beat.

Toby shrugged. "What day has there not been
something since this happened?" He no longer read the stories. His
entire life had been one long stretch of watching his father beat
his mother until she was broken, only to then spend an inordinate
amount of time piecing her back together with his medical
attentions so that he could break her apart all over again once she
was healed. Over and over. Toby had no interest in reading a jaded
and inaccurate version of his own life. Living it was enough.

Ian looked uncomfortable though as he took a
seat across from Toby at the table. He smoothed the paper out,
nudging it forward.