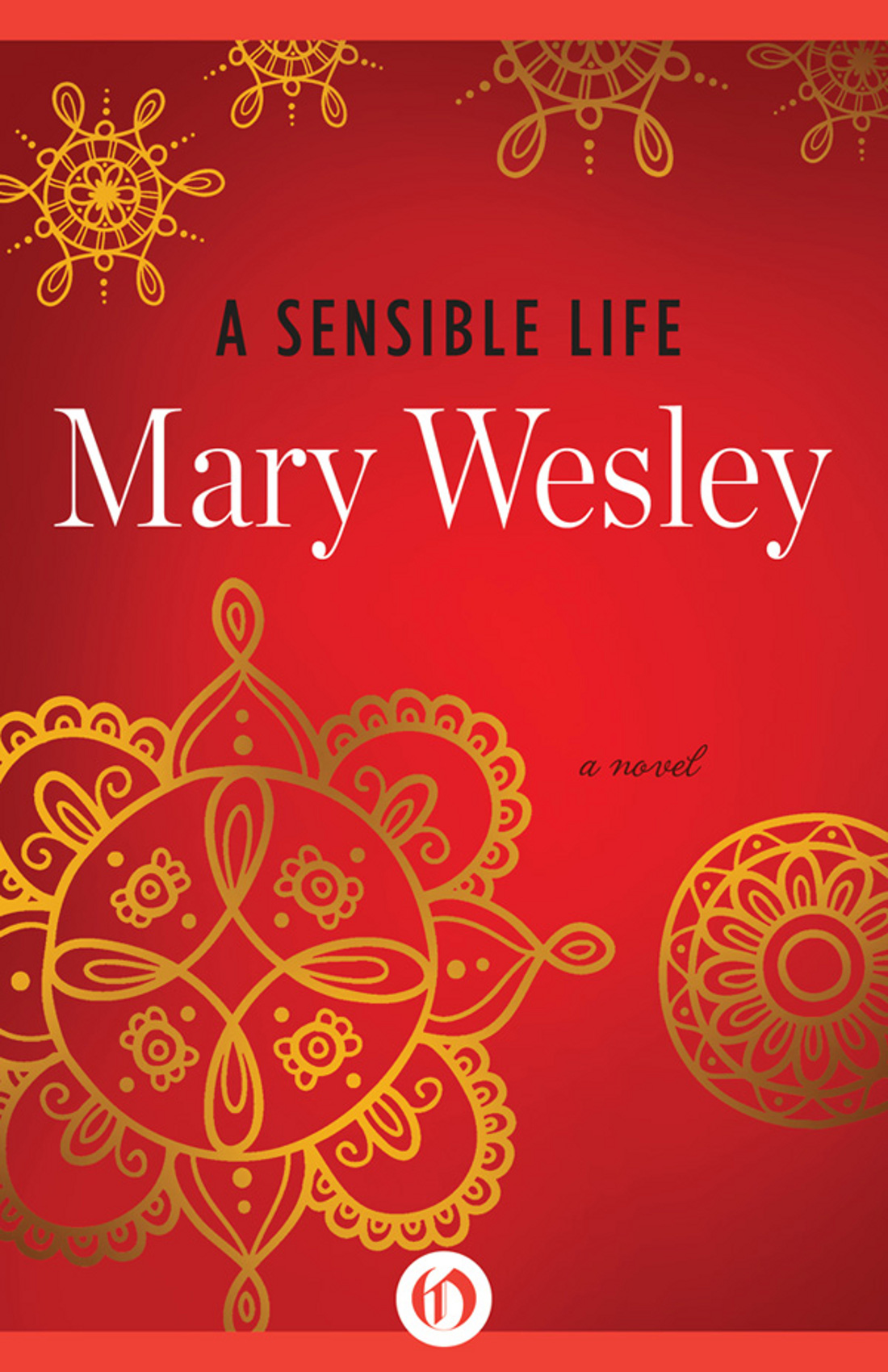 T
HERE WAS NO WIND;
sea flat as a plate met sky the same colour as the water. Only an occasional glint betrayed their meeting. The beach sloped so slowly to meet the sea it might have been an illusion that it inclined at all. Sand, dry as a biscuit near the shore, changed colour gradually, growing wetter, more sea-coloured as it smoothed close to the distant water.

On an unexpectedly warm February day birds inland were rehearsing their spring song, but the beach was silent; it stretched wide and empty. A heron flapping its way with lazy sweeps emphasised the emptiness as it left the estuary to travel inland. The boy, imagining he could hear its wings, lowered his binoculars in disappointment; he had come to watch sea birds and there were none. He blinked into the sun, already low in the sky, and decided to go home.

A movement half a mile out at the water’s edge attracted his attention: a tiny figure moved. The boy screwed up his eyes against the shimmering light. The figure split in two. A child and a dog? It must have climbed down the cliff to the west and walked along the water’s edge; there was no line of footprints from the beach, no mark on sand still damp from the last tide and the fresh water sweep of the stream from the estuary seeping its clandestine way to the sea.

The boy moved higher up the beach to see further, limping, placing his right foot with care, using a stick for support. He trudged up through dry sand heaped with detritus, crisp dead seaweed, bits of bleached wood, broken razor shells, glass smoothed by pounding seas, mussel shells. At the top of the track he sat on the short stiff grass which led inwards to the estuary and rested. His knee was recovering from an injured cartilage. He eased the bandage, wishing it was less tight, and swept his hand across a clump of thrift which retained a few seed heads. He was sweating, unfit since his injury.

He wondered just how far the sea went out at low tide. Distances were deceptive; he did not know this coast. He adjusted his binoculars and focused them on the distant figure.

He saw a child dawdling at the water’s edge, kicking up small spurts of sand to amuse a dog almost as large as itself, which scrambled madly, tail tucked joking between its legs, ears flopped back, jaws gaping in hysterical amusement. He fancied he could hear it bark, but just then his ears were filled by the cry of gulls swinging round the headland and the peep of oyster-catchers crossing the bay from one embracing headland to the next. Simultaneously the sun, shut off abruptly by a cloud, reminded him that February was a tricky month.

He followed the oyster-catchers with his glass until regretfully he lost them rounding the headland. Their passing roused a cormorant he had not noticed on a rock above the sea; he watched it fly towards the sun, fighting a losing battle with the clouds. He buttoned his jacket against a chill breeze signalling the evening.

The child was now running, loping ahead of the sea which to his amazement rippled across the sand faster than a man could walk. The child chirruped to the dog in tones similar to the oyster-catchers’ but the dog, obsessed with enjoyment, had begun to dig in the sand. It worked in a frenzy, scooping showers of wet sand towards the sea, biting the sand, shaking its woolly head, excavating a pit into which it dipped head and shoulders, barking.

The child, a girl, trotted along, crossing the beach at an angle. She had thick black hair in pigtails and wore a light brown sweater with a matching skirt which she had stuffed into elastic-bottomed knickers; it gave her the grotesque silhouette of a toffee apple. Her long legs were thin. She paused at intervals to whistle to the heedless dog.

The boy, who had been watching idly, became interested. The tide was coming in so fast the child would have to change course. She would not be able to reach the side of the bay, she must run towards him. And the dog was being pretty stupid; it lifted its head from its pit and whimpered with indecision, unwilling to leave its game.

The boy now noticed that the beach, which had looked so flat, had deceived him. The incoming tide swirled round islands in the sand and the dog, standing on one of these elevations, was cut off. It lifted its head and howled. There were seventy yards of frothing water between the dog and the child. She raised her voice and shouted to the dog to be brave. It was not encouraged; it stood shivering, tail between legs. She turned towards it.

The boy stood up. “Leave it,” he shouted, “let it swim.” From his viewpoint he could see the depth of the water, the smallness of the child. “Let it swim.” Could she at this distance hear him?

The child, unheeding, was stripping off her clothes, bunching them in a bundle, wading half-naked back to the dog, balancing the bundle on her head with one hand. Reaching the dog she yanked it, plunging into the rushing tide which swirled round her chest.

The boy yelled: “You fool, you bloody fool!” and began to hop and hobble down the dune to the beach while the dog, swimming strongly now, desperate head above the water, splashing paws, paddled ahead of the child who, encumbered by the bundle of clothes, waded slowly.

The boy reached the water’s edge as the dog bounded ashore and, shaking itself, soaked him liberally with spray. Still yards from the shore, the child tripped on an underwater hazard and partially submerged, but still she managed to keep her bundle clear.

Remembering that he was in France, the boy now yelled: “J’arrive! Idiote! Espèce de con! Attendez. J’arrive. Au secours!” Wading into the sea, he caught her hand. “Tenez fort,” he cried, “ma main. I’ll pull you out. Venez vite. Quel horreur!” He dropped his stick and grabbed the bundle of clothes. “C’est dangereux.”

The child snatched up his stick as the sea reached for it and handed it to him as she came out of the water. She had brown eyes and was blue with cold. “Can I have my clothes?” She snatched the bundle from him. “Look the other way,” she said, dragging on her skirt, hauling her sweater over her head, insinuating knickers up under the skirt and wringing out the edge of a vest she had not taken off. She was shaking. “You need not have bothered,” she said ungratefully, her teeth chattering. “I was quite all right.”

“So you’re English?” said the boy, wringing water from his trouser bottoms, feeling a fool.

“That’s a pretty stupid dog,” said Cosmo, watching the dog roll on the short dune grass, grinding its spine against a tussock.

“Just doesn’t like water.” She re-tied a ribbon which hung loose from a plait. “Must find my shoes.” She moved away, picking her way barefoot towards the rocks. The dog stopped rolling, jumped up and followed her.

“What’s your name?” Cosmo called after her as she reached the rocks which circled the foot of the cliff. The child did not answer, but the cliff threw back “’ame—’ame—’ame.” He stood by the tide which, having reached its peak, sighed gently to and fro, smoothing the sand trustfully. “You might have drowned,” Cosmo yelled in case she didn’t know.

She had found her shoes and stockings; he watched her put them on. Then she went leaping up the cliff like a young goat, followed by the dog. At the top she stood for a moment looking back at him, raised her arm, waved and was gone.

“Con,” shouted Cosmo. He had learned the word the day before. “Con!”

His trousers were wet, his knee was painful and it was a long way back to the road where he must catch the conveyance, half-train, half-tram, which would carry him through St. Briac and St. Enogat to Dinard.

In the tram, attempting to ignore fellow passengers’ interested observance of his wet legs, Cosmo consoled himself. She was only a child, not really a girl. At fifteen he was anxious and eager to meet girls, find out about them.

I
N THE SPRING OF
1926 middle-class English families took their young to Brittany for the Easter holidays. It was thought good for them to catch a glimpse of foreign soil, see some sights, learn a few words of French.

It was easy to get to St. Malo by steamer from Southhampton; as cheap or cheaper than travel by rail to Cornwall, a similar country, in many ways equally foreign. Dinard, across the river Rance from St. Malo, had a beach, a casino, a tennis club and many excellent hotels and pensions. By early April the dining-rooms of the Hôtels Angleterre, Britannique, Bristol and Marjolaine rang to the sound of British vowels discussing the weather (so similar to that of South West England), the delights of shopping at the favourable exchange rate (a really splendid number of francs to the pound), and the nice rest for mothers of families from a servant problem grown acute since the War.

Some fathers of the English families had taken part in the War. Several families were fatherless, having lost them at the French or Italian front, in the Dardanelles, in Mesopotamia or at sea. But the War was scarcely mentioned; people hoped to forget it; there was a new generation to consider. What was discussed with vehemence and alarm was the attitude of the coal miners. Would there be, could there be another strike? Was it true that there was the possibility of a General Strike? All the British parents could remember the railway strike in 1919. One father with a bristling moustache, who had not taken part in the “let’s forget the War” War but was, in spite of a gammy leg, a Master of Foxhounds, had driven a railway engine and drawn the train between Taunton and Minehead for the duration of the strike. He was prepared to repeat his exploit; he had found confounding the strikers enjoyable. Some people thought him boastful, for it was difficult, if you knew the peaceful people of Somerset, to visualise them in the Bolshie role he described. Surely the railwaymen on the branch line which ran past the Quantock Hills were not in the same league as the miners of Wales, the Midlands, the North and Scotland—Bolshies to a man, it said in
The Times.

The word “Bolshevik” bounced from table to table in accents of contempt tinged with fear; everyone knew what had happened in Russia in 1917, the poor Tsar murdered with wife and family.

“They could learn a lot more if they took the trouble to get to know the inhabitants of some of the lesser
pensions
and lodgings, where Russian refugees live with considerably less money to spend. Their trip abroad is of necessity permanent,” murmured Blanco Wyndeatt-Whyte to the friend with whom he was spending the holidays, Cosmo Leigh, as they sat at lunch in the restaurant of the Hôtel Marjolaine.

“Do you know any?” asked Cosmo, sotto voce. “I have heard that they moan and groan about their lost estates and are living on the vast hoards of jewelry they brought out with them.”