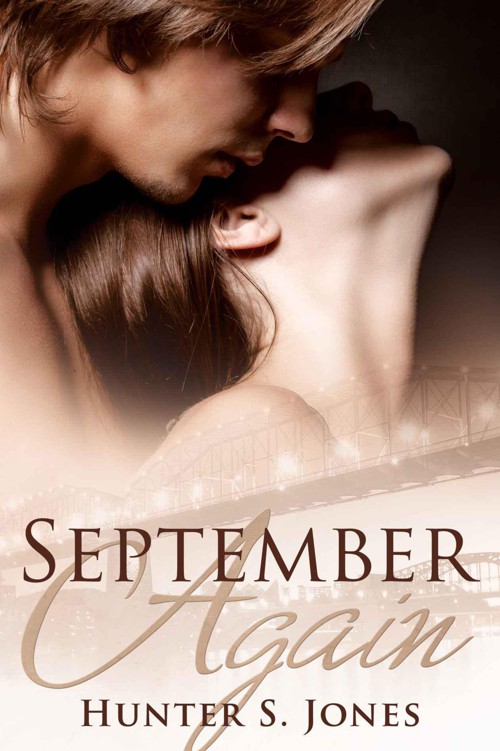 All rights reserved. No part of this book may be reproduced or transmitted in any form or by any means, electronic, mechanical, photocopying, recording, or by any information storage and retrieval system, without permission in writing from the publisher. This is a work of FICTION. The characters, places, and events in this book are fictitious or are used fictitiously. Any similarity to real persons, living or dead, is coincidental and not intended by the authors. Warning: the unauthorized reproduction or distribution of this copyrighted work is illegal. Criminal copyright infringement, including infringement without monetary gain, is investigated by the FBI and is punishable by up to 5 years in prison and a fine of $250,000.

Thank you for your support!

3.
Your Dad Would Freak!

Part II
:
Atlanta, Cornwall, and the Space Between

6.
And A Broken Mother

10.
Savage Dwarf and Other Slights

A
twist in the intestine of London's gut, Camden Town digests Zelda Savage, the runaway, in a juice of indifference. No one sees, speaks to, robs, or rapes her. No shoulder bumps or brushes her on the crowded street or among the souk of stalls. A beggar's mutt coiled up on a purple cushion rolls its eye away from hers. People flow all around her, miraculously missing - a shuffling blot of nothing on a straight line to nowhere, best avoided. She pauses near two cops and gazes at a crushed Coke can on the wet grey pavement. Did it blink in disgust? When she looks up - no cops. Cops gone. A familiar face intrudes. She turns in misguided hope - to find herself staring at her own face in a coat-stall mirror, a pasty mottled moon in grim night of black-leather Goth coats, artfully distressed, good-to-go.

Fat
, whispers the glass.
I can see you, fat girl, you.
And lo! That acid-reflux-playground-taunt:
You're the dirty fat dog brat! brat! fat-fat-brat!
BMI thirty-four and rising.

Danny the Demon tells her to look at
a cut on her cheek. Ha! A stripe of blood wells as she looks at herself in the cutting mirror and runs in two devil’s-horn lines up into her eye, where it pools around her spooky blue pupil.

I hate you,
she mouths at the face in the mirror, projecting a craze of cracks across its glassy surface.
Happy now?

A Camden Town model
with a peaked leather hat and chains and cheap shades tells her to eat. Danny Demon smirks.

The untied laces on her shiny pink Doc Martens slap, slap, slapper-you, slap wearily against her boots as she ducks into a side street of veg
etable stalls and bar-cafes. She skids on a cabbage leaf and lurches into a “cardboard only” waste bin. Danny laughs and licks her neck with his forked tongue.

The arm of an eat-me aroma slides forth from YABBA-YABBA and wraps itself around her like her very own boa-of-bliss, staples a ring in her nostrils, and reels her in, in, ever in. She lowers her head in the way that only a foodict with a BMI of thirty-four and rising must do upon entering the power of a cool and skinny metro bar-cafe when in need of a hit of high-calorie lovefood. But first, the sham of the salad.

The skinny legs
sitting on the skinny chairs in the cafe lead her to opt for a solid bench against a wall. The memory of a certain seating malfunction on her eighteenth birthday determines her choice. She winces at the horror of embarrassment.

So this is
Camden Town, London. Not Cornwall. Definitely not Cornwall. She works through a crayfish and shrimp prawn salad and looks around to check if people are watching her eat. They are not. Dagmar, the waitress in the short skirt and giraffe legs, is having sick-making eye-sex with the bar man with the Maori tat on his muscled bicep. At least no one knows who she is here – Zelda Savage, daughter of erstwhile
enfant terrible
, Jack O. Savage, rock-star poet, deceased. The Poet.

She relaxes. Eating is oh
-so – comforting.

Forty-eight hours. Or is it sixty? No,
it’s forty-eight. That’s how many hours she’s been in London. Hidden away in
über
bohemian, rebellious Camden Town. Forty-eight hours away from her mother. Actually, it’s now seventy-two hours since she crossed the River Tamar and left Cornwall. Seventy-two hours of breathing free, away from the Wicked Witch of the West – the Wicked Witch of the Tennessee Valley, to be exact. She smirks inwardly at the thought of how pissed off the old she-wolf must be.

She
forks another shrimp into her mouth. If only her dad hadn’t gone and died on her and left her with the crazy American. Daaaaa-ad! Selfish Daaaaaaaad. One great parent, one nutcase parent. What, oh what had she done to deserve all this? Why did the great parent have to go and die on her, leaving her stuck with the wacked parent? What wouldn’t she give for it to be the other way around. Dad to die for. She sees her Liz counting out her meds, lost in her grief after HER dad’s death. Zelda was frozen out by her manic mother’s blind selfishness.
Should do this, Zelda, shouldn’t do that. You’re eating too much, Zelda. Should, shouldn’t.
And then nothing, not a word for days on end.

There she was, t
rapped in a boring Cornish farmhouse with a crazy mother talking to her dead father. The never-ending doctors’ appointments.
Bi-polar.
Well, wouldn’t you be bi-something-or-other living with THAT? Bitch! Why, oh why, did Dad have to die? Everything would have been all right, if only she’d died and he’d survived. Then, the eating problems began.
You shouldn’t eat that, Zelda. Zelda! Don’t eat that. Zelda! You should eat some lettuce. Fuck lettuce! You’re not cutting, are you, Zelda? Zelda, look at me when I’m talking to you. Zelda, Zelda, your father would be sooooo disappointed in you. Zelda, listen to me! Have you weighed yourself this week
? Five years since he died, and she’s five stone heavier, sixty-five pounds, in American. Her mother getting thinner and thinner, running like a swivel-eyed loon, eight, nine, ten miles over the hills every other day. At least she got some peace when the witch was out running, some time to plot her escape. Why not? Her mother was literally running from her, little Miss Zelda, the apple of her father’s eye.
He always loved me more than you, loony Liz.
But now he’s gone, dead, eaten by cancer.

It’s raining steady now. A bald guy is standing under the bar-cafe’s awning, smoking. Everyone’s dressed in Camden black. But hey, this is Camden. She sighs. Perhaps she’ll get a tattoo. Of what? Indie. It would have to be Indie, Indie Shadwick, the woman who should have been her mother – had she not thrown herself under the wheels of the Penzance to London express train. If she hadn’t done that, her dad would have married Indie and she would have been her mother, not the skanky American. That said, Indie can do no wrong. Perhaps she should, should, should, should – that word – perhaps she should do the same. That would give her mum something to really be pissed off about. Or maybe she wouldn’t care, wouldn’t notice even, be happy, even. She imagines the World’s Worst Mother Awards: and the winner is – Liz Savage
née
Snow, formerly of Lafayette, GA, USA. If only she’d go back there.

Zelda imagines her mother climbing the steps of some plane to go back to the States for good. It would be the happiest day of her life, especially if the plane was struck by a tornado mid-Atlantic and swallowed by a whale. Except
, any whale that swallowed her mother would die of food poisoning. Or go wacked at the sound of her
you should, you shouldn’t
– shoulding it from deep inside its belly. Best not go there. The thought of a whale’s belly reminds her of her own well-fleshed form. Okay, maybe she shouldn’t have had the second tiramisu, but it’s not every day you get a taste of freedom in London. Maybe she’d never go back to Cornwall, never see her mother again, slim down like Oprah, get a job in TV. She has good teeth, TV teeth. And she is Jack O. Savage’s daughter.

Dagmar arrives with her coffee.

The thought of dying saddens her
, as that’s what Indie did for her father, died for him.
Dad, oh God, Dad! What were you thinking of, letting that happen? What? Why did you have to drive Indie under the wheels of that train? Tell me!
She raises the phone to her lips and kisses the screen.

“
She’s very beautiful,” says Dagmar, who’s standing next to Zelda with the bill in her hand.

“
She should have been my mother,” says Zelda.

Dagmar ignore
s her. “How would you like to pay?”

Dagmar’s eyes bulge as Zelda the Runaway opens her bag and peels off a fifty-pound note from a brick of money. Her eyes dart to the barman’s.

“Keep the change,”
says Zelda, in need of a little approval.

“
Thank you,” says a smiling Dagmar as her boyfriend makes a phone call. “Have you been in London long?”

“Are you on holiday, or working here?”

“
I’m on a sort of pilgrimage to retrace the footsteps of Indie Shadwick.”

“The woman on your phone?”

“Yeah. She was a famous poet who died tragically.”

Riders on the Storm by Ed Gorman
Just One Night by Gayle Forman
Fast Track by Cheryl Douglas
Tony Hogan Bought Me an Ice-Cream Float Before He Stole My Ma by Kerry Hudson
The Mince Pie Mix-Up by Jennifer Joyce
Maestra by L. S. Hilton
When Good Kids Have Sex by Katherine Gordy Levine
The Devil's Mask by Christopher Wakling
The Getaway by Bateman, Sonya
Dangerous Beauty: Part Two: A Mafia Princess by Michelle Hardin