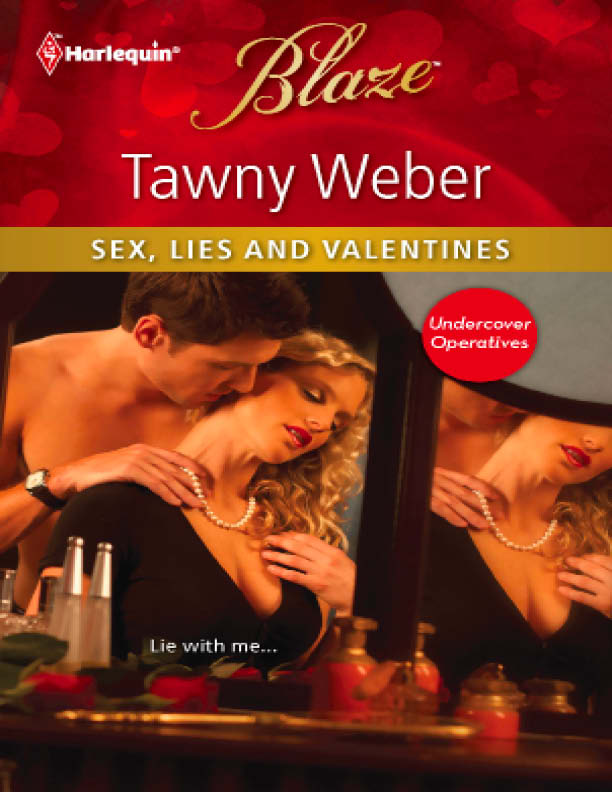 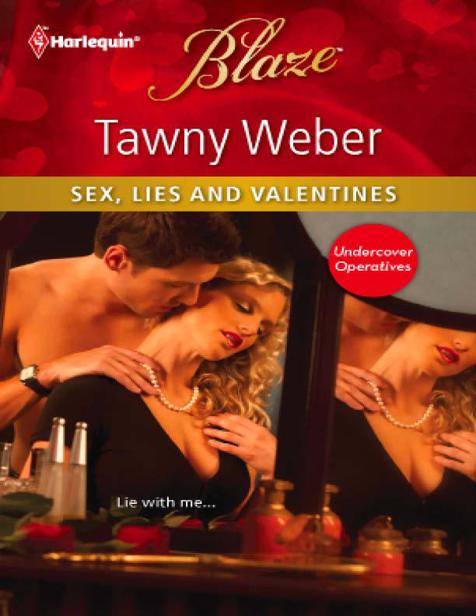 Con artist Gabriel Black just got busted. By a babe. Drool-worthy (and clearly sneaky) FBI agent Danita Cruz is forcing Gabriel to choose between hard time and scamming his own family for an undercover sting. Now he has to present Danita to his family as his girlfriend. And it’s the perfect opportunity to get wickedly even with her....

But Danita has some tricks of her own, and Gabriel’s control begins slipping away as raw sexual energy takes over. Their sham relationship starts feeling a lot like...well, the real deal. The Big Question is, will overwhelming desire be enough to make a liar go legit?

Look what people are saying about this talented author...

”
Just for the Night
is a witty, sensual contemporary romance that will have you quickly turning the pages to see what happens next.”
—
Romance Junkies

“
Just for the Night
is a terrific character-driven romance, well worth a spot on your ‘must read’ list.”
—
Eye On Romance

“Tawny Weber’s newest release,
Breaking the Rules,
is a thrilling story that will have readers laughing out loud at the surprising situations that arise throughout the story.”
—
Romance Junkies

“If you’re looking for a great read that will warm you up on a cold night, look no further!”
—
Night Owl Reviews
on
Breaking the Rules

“
A Babe in Toyland
delivers a stunning performance that completely satisfies.”
—
Noveltalk

“
A Babe in Toyland
is absolutely hysterical, sexy fun!...I was giggling the whole time.”
—
Joyfully Reviewed

“Great characters, an excellent story and heat enough to ignite the senses make
Riding the Waves
an excellent read to lead us into September. Another fantastic tale from Tawny Weber!”
—
Cataromance

I have to admit, I’m pretty much in love with my hero, Gabriel Black. He’s a charming bad boy with a few questionable habits (well, he
is
a con man), but he has a heart of gold and a penchant for rescuing people—especially damsels in distress. If there is ever a woman who can take care of herself, it’s FBI special agent Danita Cruz. These were such fun characters to put together, because they are both so vulnerable, yet so good at hiding it—even from themselves. I hope you enjoy reading about their sensual adventures as much as I loved writing them.

This book featured a special guest, too—Pippi the cat, who lives at Furry Friends Animal Shelter. You can check out Pippi, and all the other Blaze Authors Pet Project pets, on the Blaze authors blog—http://blazeauthors.com. Please, come by and say hi! And if you’re on the web, be sure to drop by my website, www.tawnyweber.com.

Tawny Weber is usually found dreaming up stories in her California home, surrounded by dogs, cats and kids. When she’s not writing hot, spicy stories for the Harlequin Blaze line, she’s shopping for the perfect pair of shoes or drooling over Johnny Depp pictures (when her husband isn’t looking, of course). Come by and visit her on the web at www.tawnyweber.com or on Facebook at www.facebook.com/TawnyWeber.RomanceAuthor.

To get the inside scoop on Harlequin Blaze and its talented writers, be sure to check out blazeauthors.com.

Don’t miss any of our special offers. Write to us at the following address for information on our newest releases.

To Jeanne Adams, as a thank you for answering my plea for help. Over and over and over. You rock!!

“YOU’RE PUSHING your luck. If you’re not careful, you’ll lose everything you’ve worked for, including your freedom.”

Contemplating that, Tobias Black leaned back in his leather chair, looking out the window at his kingdom—otherwise known as the small town of Black Oak. Then he sighed and glanced toward his speaker phone.

“Some things are worth the risk, my friend. Having my family back is one of them.”

“Have you ever considered simply calling your son, asking him to come home and help you?” Exasperation rang through the phone like a bell. “You’re under investigation for multiple criminal activities. The man who was attacked in your own motorcycle shop not three weeks ago has accused you not only of the act, but as being the leader of a new crime conglomerate forming in Northern California. And instead of focusing on clearing your name, you’re plotting to con your own son.”

“Not con,” Tobias corrected meticulously. “I don’t do cons anymore, remember? I’ve reformed and made restitution for everything I stole over the years.”

“That won’t stop you from being convicted if you don’t clear your name. Is it worth the risk to play such an elaborate game?”

Tobias considered that question. Two months ago, he’d dealt this hand and won in spades. Not only had he pulled the strings to bring his oldest son, Caleb, home, the boy was now town sheriff and getting married.

A month ago, counting on his daughter Maya’s determination to save him from himself, he’d dealt the next hand. That one had been a winner, too. But barely, considering Maya had brought her very own FBI agent home with her. The game had gotten dicey there for a while. But that only added to the pleasure of winning. And winning in that case meant Maya was moving back to town, and engaged to be married.

Now he had to deal with Gabriel.

Of his three children, Gabriel was the one who was most like Tobias himself. This would be his biggest challenge. Tobias felt his stomach clench. Nerves? He’d once conned a former U.S. President into supporting a fraudulent charity and had only felt glee. But facing his family, initiating this last stage of the game… Big winged moths were battling in his belly.

“It’s worth the risk,” he repeated as if he wasn’t worried. “Even if I begged, Gabriel wouldn’t come home. This is the only way to get him here. We need someone on the inside. Someone with a reputation that will convince the criminals that he’s one of them. But more importantly, someone with a vested interest in clearing my name.”

“And you truly believe the criminal contingent meeting there in town will let him in?”

“Thanks to Caleb’s research, we know three of the crime bosses’ names. I’ve made arrangements with someone whose computer skills I trust.”

That someone being his daughter, who was gifted with amazing hacking skills. He took a deep breath, knowing he was committed to this. He had to be; his freedom, his family, his very life depended on it. But it was the hardest thing he’d ever done.

“This someone hacked their email using mirror accounts, so each of them thinks the other is putting Gabriel’s name forth as the last member. They’ve taken the bait, and his invitation has been issued from whoever is leading this scheme.”

Even as he said the words, a fission of fear worked its way down his spine. It was one thing to conceive a con, to hone the details. Even to set the game in motion. But to bring his son home meant putting him in the arms of criminals who, unlike Tobias, had no compunction in using violence. He was risking a lot for himself. But he was risking just as much for his son.

“Fine, fine. As usual, you’ve crafted an intricate net that will undoubtedly get the results you want.” The other man sighed, then added in a tone of someone who knew he’d be ignored. “But having your own son arrested in order to get him home might be taking it a step too far, old friend. Even for you.”

GABRIEL BLACK LEANED back against the rich teak of the bar and smiled with satisfaction. At his elbow was a glass of the finest aged Scotch. His suit was Armani, his shoes were Ferragamo and his shirt was silk. In his pocket was the key to millions in internet stocks.

Not bad for a Thursday night.

A natural born gambler, he had a talent for winning. And he had a feeling that tonight’s win was gonna be a big one.

March Mischief by Ron Roy
The Preschooler’s Busy Book by Trish Kuffner
Chandler: A Standalone Contemporary Romance by Laurelin Paige
Only The Beginning (Rockin' Country) by Briscoe, Laramie
Dream On by Tyler, Terry
Losers by Matthue Roth
Her Every Fantasy by Stephanie Morris
Own Her by Jenika Snow
Love Turns With Twisted Fates 2 by Caleigh Hernandez
Longed-For Hunger by Marisa Chenery