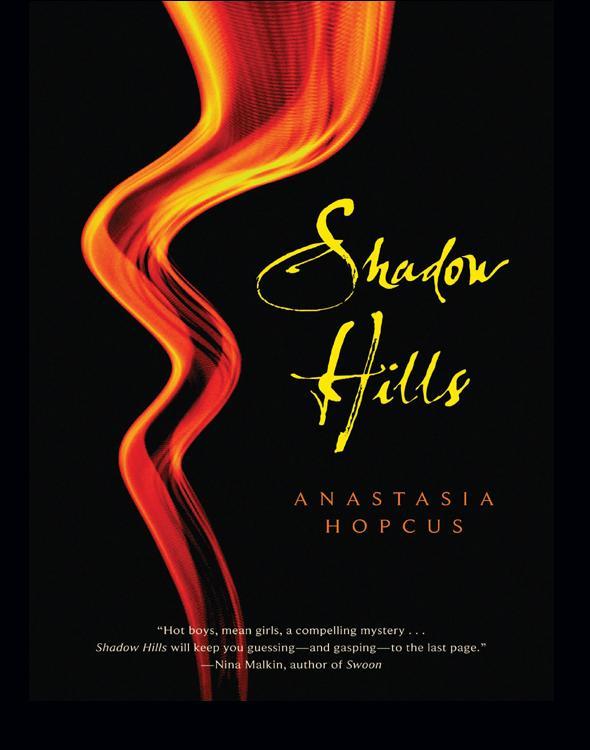 To my mother, who taught me the power of stories
.

Over my lifetime, you have read hundreds of books to me
,
watched thousands of hours of TV shows with me
,
and you’ve attempted to answer the millions of questions
I’ve asked you. Even though you say you don’t know everything, I will always believe you do
.

You are my Giles, my Lorelai, and my Keith Mars all rolled into one
.
Without your unwavering support, this book wouldn’t exist
.

I love you with all my heart, and I can never thank you enough
.

I had thought nothing could be worse than what they had already done to me, but I was wrong. The silent echo of nothingness filling the windowless chamber was infinitely worse. Not knowing how much time had passed, whether it was day or night. Not knowing when he would come for me
.

As I sat, back pressed against the cold rock wall, I wrapped my arms around my knees, trying to conserve any warmth I still had left in my body. I was staring blankly at my bare, muddied feet when a shaft of light fell across the dirt floor. To the left of me was a small hole at the bottom of the wall. The gray stone was crumbling there, breaking into tiny pieces as fine as dust. It was disintegrating before my eyes. The hole was the size of a small fireplace now. Quickly I shimmied through it, the jagged pieces of rock ripping into my uniform like a serrated knife. And then I was free. Outside in the sunlight, staring at a gravestone. Persephone Archer
.

“It isn’t you,” a voice said behind me, deep and melodic
.

I turned and saw him. Raven black hair and eyes that seemed to shift colors—gray, blue, and pale green
.

I looked at the headstone, then down at my dirty and torn clothes
.

“But it is me,” I whispered. He reached out, his strong hand cupping my chin
.

“It doesn’t have to be.” His intense eyes bored into mine. “Find the branches. They will show you how your piece fits.”

My gaze wandered away from him. The gravestone was changing, the letters shifting. I watched as the name was spelled out before me: Rebekah Sampson
.

“Phe, we’re here.” Someone was shaking me gently.

I’d been having that strange dream again. The cell, the cemetery, the gravestone—those had all been the same. Eerie, but at least they were familiar. The guy, however … the guy was new.

I blinked slowly, taking in my surroundings. I was reclining in a maroon vinyl seat—definitely not belonging to my dad’s showy Lexus. Rubbing my eyes, I pulled myself back into reality. The towering maple trees outside the car window and the stately wrought-iron gate we drove through were beautiful but foreign.

Fresh memories bore down on me like a freight train—saying good-bye to Ariel, the awkward hug from my aunt when she met me at the baggage terminal in Boston. I was in Aunt Lisa’s old Volvo in front of Devenish Preparatory School.
My new home
.

The thought twisted my insides. It had been my idea to come
here, but now that I was actually sitting in front of the building, I felt almost sick. My sister mentions a school in her diary and I decide it’s my destiny to go there? The only thing I was destined for now was starting my junior year at a new school where I didn’t know anyone. I already missed the palm trees, the smog, the kids selling star maps on street corners. I missed my best friend Ariel.

But I wasn’t going to let myself get all emotional. The two-hour drive from Boston to Shadow Hills had been uncomfortable enough as it was. I hardly knew my aunt, which my mom blamed on her sister’s dislike of L.A., but at least Lisa had come to visit; my family never went to Boston. I thanked Aunt Lisa for the ride and grabbed my backpack, grateful she’d agreed to drop me off instead of coming inside.

As I closed the car door behind me, a cool wind blew across my thighs, kicking up the hem of my skirt. I pulled my lightweight blazer tight and hurried up the gray path. If it was this cold at the beginning of September, my prospects for the rest of the year were bleak.

I looked out across the campus I was going to have to navigate alone. Most of the buildings were redbrick, with turrets and steep roofs, but there was also a simple white chapel and several newer additions.

The main building of Devenish Preparatory was a daunting structure. It was redbrick like the others, but with the double-door entrance and expansive front steps, it was statelier. And its massive clock tower presided over the campus with an imposing air.

Still, I wasn’t going to be intimidated. Smoothing down the front of my skirt, I took a steadying breath and squared my shoulders. The heavy wooden doors had large wrought-iron hinges bolted onto them, like doors to an old English church. I grasped one of the handles and pulled.

As I stepped into the empty foyer of the main office, I surveyed the vaulted ceilings, marble floors, and curving grand staircase. There was a brass sign on the wall in front of me with the word
ADMISSIONS
and an arrow pointing to the left. I walked into the office expecting to see some ancient, possibly with a mole on her face, but I was instead greeted by the sight of a guy about my age. He was sitting in a desk chair behind the counter, scribbling on a sheet of paper and looking bored.
He is definitely not a decrepit old lady
. Even from my limited view of the side of his face, I could tell he was attractive, with dirty-blond hair and a strong jaw.

“Hi. Um, I think I’m supposed to check in.” I sounded like I was getting a hotel room. “Or register, I guess,” I finished awkwardly.

The boy looked up, pushing his shaggy hair out of his eyes, then broke into a big smile. There was a small chip in his left front tooth. “L.A.?”

“Huh?” My eloquence today was astounding.

“You.” His clear aqua-blue eyes sparkled as he smiled again,
though this time it seemed to be more like a smirk. “You’re from L.A., right?”

“Is it that obvious?” I was wearing the regulation black pencil skirt and blazer with the Devenish crest embroidered on it.
How could he tell I was from L.A.?

“Only someone from California would be shivering in sixty-eight-degree weather.” He laughed. “Graham.” He pointed at himself with the pen he was holding. “I’m from San Francisco. Trust me, you get used to the weather after a while. Also, about the uniform—we only have to wear them when class is in session.”

“Oh.” I looked down at my flat, boring Mary Janes. Old Los Angeles me wouldn’t be caught dead in them.

“Don’t worry about it.” Graham leaned into me. “I won’t rat you out.” He sat back down in his chair and spun around to the file cabinet behind him. “Let me grab your file, and we can get you on your way to being a full-fledged Devenish student. It’s Persephone Archer, right?”

“What are you, psychic?” I raised an eyebrow, regaining my cool.

“The head of admissions told me you were coming in today. Persephone isn’t an easy name to forget.” Graham was scribbling something down in the folder he’d pulled for me. I peered over the counter, trying to see what he was writing.

“I actually go by ‘Phe.’ I don’t know if you want to put that in my file or whatever.”

“Fee?” Graham wrote it down at the top of the page, misspelling it.

“Wow, your name gets stranger by the minute. Why Phe?”

“My older sister was only two when I was born, and she couldn’t say Persephone, so she called me Phe—it just kind of caught on. As for the ‘P-h,’ it’s some weird thing my mom has. She thinks it’s more eloquent than an ‘F.’” I shrugged, embarrassed. “I don’t know. She’s crazy.”

“Aren’t all parents?” Graham’s conspiratorial tone made me feel better.

“Okay.” He tapped the papers against the desk, evening them out, before placing them back in the folder with a thin handbook. “So, this is what the administration likes to call the ‘Welcome Packet.’ It’s got your forms to fill out, maps of the school grounds, schedules for orientation and your courses, and the
Devenish Preparatory Rules of Conduct Guide
. We’re very welcoming at Devenish,” Graham added sardonically. “Come on. I’ll show you where your dorm is. You can fill out your paperwork later and bring it back whenever.”

He stood and picked up a large ring of keys from his desk, then came around the counter and led the way out of the building. Graham locked the front door behind us.

I raised an eyebrow and nodded toward the key ring. It was so large that it looked like a prop the shifty janitor would carry in a horror movie. “Do you have the key to every door on campus?”

“Just about. Even seniors don’t have the kind of access I do.” Graham went down the stairs, taking them two at a time. “You should be glad you’re coming here as a junior. When I started, I had
to live in the freshmen dorms, where the rooms are doubles and they have these weekly meetings to discuss interacting with roommates and ‘house conduct.’” He made air quotes with his fingers.

“Too bad I missed out on that, and now I have the burden of living in a single.” I shook my head.

“I actually liked having a roommate. I stuck with a double the next year and I’m gonna be in one this year, too. I want the true boarding-school experience.”

“I thought that was something people tried to avoid.” I raised an eyebrow.

“I always wanted a brother, and with a roommate it’s like having one. Well, a brother who gets changed out every year.” Graham smiled.

“So, where’s your luggage?” he asked as we walked along the weathered slate path.

“All I have right now is this.” I shrugged to indicate the backpack I had slung over my shoulder. “My parents are shipping my stuff from L.A.; it should get here Monday. It was kind of a last-minute decision, my coming here.”

“What are you in for?” Graham’s blue eyes had a mischievous glimmer to them.

“Being a nuisance to my family,” I replied lightly. “What about you?”

“Same. Plus, I think my dad was afraid I’d end up gay if I continued living with my mom and her girlfriend in San Fran.” It was obvious from his tone that Graham didn’t hold his father in the highest esteem.

“Girlfriend … Sounds like a very twenty-first-century family you’ve got there.”

“Come on. There must be
some
dark shameful secret you’d like to air out to a total stranger.”

I knew Graham was joking, but I tensed up anyway, gripping my backpack straps. Obviously the change in my demeanor had not gone unrecognized; the cocky smile fell from Graham’s face.