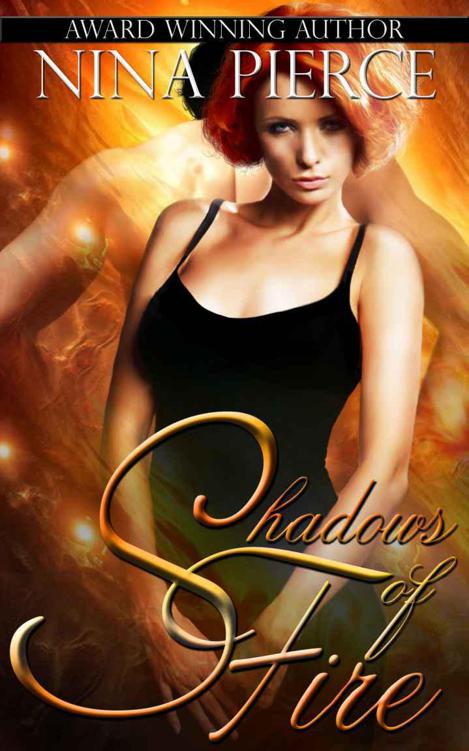 A woman forced to live a life she didn’t
choose …
Thirty years ago, a horrendous attack in the California mountains thrust
chemistry student, ALEXANDRA FLANAGAN, into the secret world of vampires. Now,
unable to stomach the thought of drinking blood from another person, she
survives on a chemical
blood wine
. But there are some who secretly
disapprove of her clandestine activities and will do anything to stop her.

A vampire of honor protecting humans …

Ancient vampire, REESE COLTON, is part of
an elite military operation seeking out and eliminating rogue vampires.
Undercover as a firefighter, he and his team have been called in to investigate
the unusual number of fires covering up the murders of vampires living on
Alex’s
blood wine
.

When chemistry ignites passion, Reese
and Alex find themselves embroiled in an affair that catches them both unaware.
With the number of fires escalating and evidence against Alex mounting, Reese
isn’t sure whether to follow his heart or the clues as he seeks to find a
murderer in the
Shadows of Fire
.

* Praise for BLIND HER WITH BLISS
(Tilling
Passions Series Book 1):

5 STARS Miz Loves Books
~ Ms. Pierce has
penned a wonderful mystery with twists and turns that will keep the reader
guessing until the very end.

5 RIBBONS Romance Junkies
~ … the best
contemporary romance I have read this year.  A hot and sweet story…a book to go
back to when you are in a sentimental mood.

*
Praise for DECEIVE HER WITH DESIRE
(Tilling
Passions Series Book 2):

5
STARS Romance Writers Reviews
~ This book had me literally on the edge of
my seat. It was a hot romance filled with suspense. I will be looking for more
books by Nina Pierce, she is an incredible author!

*
Praise for CHEAT HER WITH CHARM
(Tilling
Passions Series Book 3):

4.5 STARS The Readers Round Table
~ Loved, loved,
loved the suspense in
Cheat Her With Charm
by
Nina Pierce
! I was
impressed with the plot, the set up, and the well written story line that
really had me hooked from the beginning
.

Published by Nina
Pierce of Rhode Island. This ebook is licensed for your personal enjoyment
only. No part of this publication may be reproduced, stored in a retrieval
system, or transmitted in any form or by any means, electronic, mechanical,
recording or otherwise, without the prior written permission of the author. If
you would like to share this book with another person, please purchase an
additional copy for each person. Thank you for respecting the hard work of this
author. (
www.NinaPierce.com
)

This
is a work of fiction. The characters, incidents and dialogues in this book are
of the author’s imagination and are not to be construed as real. Any
resemblance to actual events or persons, living or dead, is completely
coincidental.

To
firefighter Terence Keenan of Milford, CT who’s one of those brave heroes we

tend
to take for granted. I appreciate all the time you took patiently answering my

questions
about firefighting however silly they may have been. And you did it all with

that
Irish charm and quick smile … your wife Kristan is a very lucky woman.

I
couldn’t have written this book without the help of Rich Wark of the Presque
Isle fire department and dear friend and author, Pam Champagne, whose
hand-holding was invaluable. I would also like to note that any errors in firefighting
facts are completely my responsibility.

Because
sometimes—no matter what you tell an author—we have to do it our own way.

It
wasn’t much of a noise, just an inconsequential thump in the night that was
enough to rouse Professor Paul Morgan from his dreamless slumber. Still cradled
in the gentle arms of sleep, his blood thick with sleeping medication, he wasn’t
sure if he’d simply imagined the sound. But when another muffled bang was
followed by a whoosh of air—he had no doubt the commotion coming from the first
floor had nothing to do with his mischievous tabby, Zeus.

Drowsiness
fogged his mind and blunted his coordination as he fumbled for his eyeglasses on
the nightstand. Paul swung his feet to the floor and slipped them into
well-worn leather slippers. He shuffled in the dark, still unable—even after
thirty years of living alone—to disturb a wife long since departed. Life
without his soul mate had been lonely at best, agonizing at worst. Nothing, not
even his life’s research, filled the void she’d left in his heart. He grabbed
his robe from the hope chest at the foot of the bed and rushed from the bedroom.

The
eerie orange glow emanating from his den at the bottom of the stairs wrapped iron
bands of dread around his chest, stealing his breath. Everything near and dear
to him was in that room; his wife’s portrait, the marble Sphinx from their honeymoon
in Egypt, the antique bookcase she’d given him when he’d been awarded the chemistry
department chair at the university—the bronzed baby shoes.

His
feet barely touched the treads as he rushed down the stairs, caution and
prudence gone with the desperate need to salvage his memories. He came up short
at the threshold.

Swallowing
hard, Paul worked to dislodge his heart wedged in his throat. Sharp claws of
fear lifted the hairs on the back of his neck. A fire crackled safely in the
fireplace across the room. Its orange and gold flames cloaked the person behind
his desk in an otherworldly radiance, casting a sinister shadow that twisted
and swelled along the paneled walls.

A
quick glance at the file cabinet in the corner reassured him his files were safe,
but did nothing to assuage his apprehension. The research papers he’d left
neatly stacked there were strewn haphazardly across its surface.

He
spoke to the back of the intruder’s head. “Wha … wha … what are you doing?”

There
was no response save for the clicking of computer keys.

“I
don’t know why you’re here, but I’m calling the police—” Paul said.

A
maniacal laugh rent the stillness, sending shards of Arctic terror and adrenaline
surging through his veins.

“No,
Professor Morgan. We both know you cannot do that.” With a flourish, a hand
came down hard on the keyboard. The monitor flicked rapidly through several
screens before going black.

“What
have you done?” Paul rushed to the desk. A chilling wave of nausea rolled over
the tightness in his chest, bringing water to his eyes. All the data and notes
he’d accumulated over four decades were on that computer.
Everything.

“I
didn’t want it to happen this way.” The words carried sadness, but the face
that turned to stare at him was pure evil. A face he barely recognized. “You
really shouldn’t have been quite so diligent in your vampire research, you
know, Professor. You’re no match for their superiority. I sent obvious warnings
for months, hoping you’d abandon this foolhardy course. But you ignored the signs.”
A clicking tongue scolded him as if he were an obstinate child. Fingers
steepled in front of lips thin with hatred. “A shame really. I have no doubt
your brilliant mind will be missed by your colleagues. But you and your work
have become too much of a liability to the vampire population to be allowed to
live.”

“You
can’t get away with murder.”

Paul
suspected the person rising out of the chair was referring to the rash of
unsolved fires in South Kenton over the past summer. He refused to shudder as
cold fingers of disgust walked up his spine. People had died in each of those
blazes and the local fire department had no clue the monster standing before
him was likely responsible for all of them. Until this moment he would have
considered this person a friend. But obviously he’d morphed into a heinous
murderer—a murderer with no conscience and a moral compass that pointed straight
to hell.

It
had become brutally obvious the moment he’d entered the room, Paul would not
survive this night. He threw back his shoulders and lifted his chin, accepting his
fate with dignity. “I’ve already sent a copy of all of that to my lawyer.” He
waved at the papers on the desk. “He knows. He knows and understands
everything
.
None of this will stop when I’m dead.” Paul was pleased he could push the lie
steadily past the panic clogging his throat. He’d been planning for months to
save his research somewhere more permanent, but time and distractions had kept
him from the task.

“Please,
don’t insult my intelligence.” The murderer gathered the papers on the desk and
tapped them on its polished cherry surface. Elegant fingers aligned the edges
before unceremoniously dropping them into the fire.

“Nooo
…” Paul lunged at the fireplace, but the hungry flames devoured everything he’d
lived for over the last three decades. He wasn’t able to salvage even a small scrap
of paper. “You don’t know what you’ve done. People are depending on that
research.”

“No
one that matters. There isn’t a true vampire walking this earth who believes in
what you’re doing.” The smile was reptilian, as if Satan himself had taken
possession of this wayward soul. “And we both understand what is to come is
inevitable. Preordained, if you will—”

“You
won’t get away with this.” Paul was repeating himself, but terror had stripped
him of any coherent thought.

“But
I already have.” Several small objects flew from long fingers. Blue flames
erupted on Paul’s desk. A ball of fire jumped to the leather chair next to the
hearth. Another flew to the Aubusson rug he and his wife had bought on their
honeymoon fifty years ago.

“What
you began, I will finish tonight.”

Paul
grabbed the decorative throw on the back of the couch, intent on pounding the
growing flames into submission.

Another
burst of evil laughter split the air as the crystal vase on the mantel exploded
in the growing heat of the fire. “That’s right, old man. Try to stop it.”

Paul
brought the blanket down hard on the fire spreading like a sickness across the
rug. But the rapacious blaze would not be denied. It rapidly consumed the
jacquard drapes and licked at the ceiling. The black smoke choking the air
filled his nose and burned his lungs. He needed to get out. Abandoning the
blanket, he turned to run.