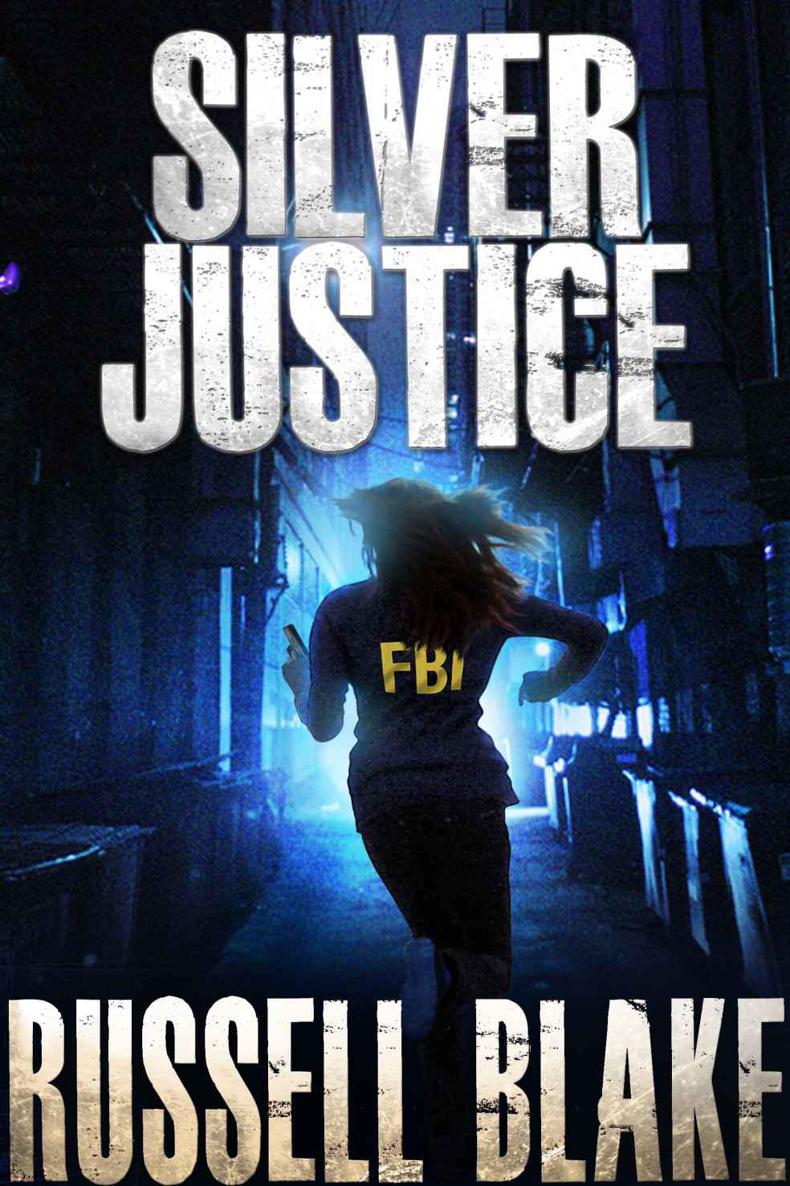 Copyright 2012 by Russell Blake. All rights reserved. No part of this book may be used, reproduced or transmitted in any form or by any means, electronic or mechanical, including photocopying, recording, or by any information storage or retrieval system, without the written permission of the publisher, except where permitted by law, or in the case of brief quotations embodied in critical articles and reviews. For information, contact
[email protected]
.

Excerpt from King of Swords

Russell Blake lives full time on the Pacific coast of Mexico. He is the acclaimed author of the thrillers:
Fatal Exchange
,
The Geronimo Breach
,
Zero Sum
,
The Delphi Chronicle
trilogy (
The Manuscript
,
The Tortoise and the Hare
, and
Phoenix Rising
),
King of Swords
,
Night of the Assassin, The Voynich Cypher
,
Revenge of the Assassin
,
Return of the Assassin
,
Silver Justice
,
JET
,
JET II – Betrayal
,
JET III – Vengeance
and
JET IV – Reckoning
.

Non-fiction novels include the international bestseller
An Angel With Fur
(animal biography) and
How To Sell A Gazillion eBooks (while drunk, high or incarcerated)
– a joyfully vicious parody of all things writing and self-publishing related.

“Capt.” Russell enjoys writing, fishing, playing with his dogs, collecting and sampling tequila, and waging an ongoing battle against world domination by clowns.

King of Swords
By Russell Blake

King of Swords
is an epic assassination thriller set in modern Mexico against a backdrop of cartel violence. Captain Romero Cruz discovers an assassination plot to kill the Mexican and U.S. presidents at the G-20 conference in Cabo by “El Rey” - a super assassin responsible for some of the world's most shocking killings.

Go to
King of Swords
excerpt

Fatal Exchange
is the story of Tess Gideon, an iconoclastic female Manhattan bike messenger with an appetite for the wild side embroiled in a rogue nation’s Byzantine scheme to destabilize the U.S. financial system. As the body count climes, Tess is targeted for extermination by a rogue nation’s torture squad while being stalked by a brutal serial killer.

Go to the
Fatal Exchange
excerpt

Silver Justice is a work of fiction. Those disturbed by the information presented herein are encouraged to treat it all as storytelling and make-believe. Those interested in where the fiction begins are encouraged to read the material in the
Afterword
section.

As always, any resemblance between people or organizations, living or dead, is purely coincidental.

Assistant Special Agent in Charge Silver Cassidy grabbed the radio hooked on her belt, thumbed the transmit button, and raised it to her mouth.

“The sick bastard threw it down the garbage chute.” Special Agent Seth Thompson’s ironic tone was unmistakable even over the radio. “Seven floors. It’s hard to recognize it as a head now. Bumpety bump bump.”

“Nice. Forensics will go crazy for this one,” she said, glancing at the group of agents standing near the bedroom door.

She caught a flash of her reflection in the hallway mirror and paused to plump her dark brown hair. The morning had been a whirlwind, between the early call on the latest murder and trying to get her daughter to school before heading to the crime scene. She knew she looked tired and harried, having had no time for makeup or hair gel in the rush.

That was fine. As the head of the FBI task force hunting this serial killer, Silver didn’t need a glamorous look or a ready-for-the-cameras presentation in order to be taken seriously. She was the no-nonsense presence representing the Bureau leadership on the investigation, so everyone at the crime scene gave her a respectfully wide berth.

A generally good idea before she’d imbibed her second cup of coffee.

Static burped at her from the two-way again.

“You got anything more up there?” Seth asked.

Silver paused, considering possible responses as she turned towards the floor-to-ceiling glass of the living room, taking in the West Side apartment’s magnificent view of Central Park and the Manhattan skyline. Some people knew how to live.

Or in this case, where to die.

“Just more of the same. Body in the bedroom tied to the bed. Evidence of loss of bodily functions and a whole lot of blood…he didn’t go easily. Over.”

Silver shook her head and pursed her lips. This was victim number four for their killer, who had been kind enough to leave a laser-printed calling card that she knew could have been made on any of tens of thousands of HP laser printers that used the same toner.

One of the forensics techs had bagged it after dusting it carefully. She caught Silver’s eye, then shook her head. Nothing. Clean as everything else had been on this frustrating hunt. Still, patience would pay off. They would find something. They just needed to look a little harder…

This was a murderer who reveled in the limelight. He clearly wanted to be known, so much so that he’d been willing to help the process along by contacting the press with photos following the first killing. The papers had gone berserk after that. One of the Florida rags had made the shots of the victim and the calling card the central feature of their front page treatment after the ruthless and sensational slaying. As a publicity grabber the little rectangle was elegant and brief, offering two words on one side.

The media had immediately picked up on the moniker, and now that was the case name.

The FBI had kept the messages neatly printed on the opposite side to itself – standard operating procedure to ensure there were elements only the real killer could know about. This one said: ‘Cooler heads prevail’. She knew from lab reports on the earlier slayings that the message had been printed at the same time the card had been created. Premeditation wasn’t even in question.

Silver adjusted her belt, shifting the Glock 23 in the hip holster over, already sweating in the navy blue FBI windbreaker she wore over her blouse and slacks. They had taken over the crime scene from the NYPD detectives, who had reluctantly acceded federal jurisdiction given that this was an interstate killer. A few uniformed patrolmen waited in the hall, securing the area, and the two homicide detectives who’d initially been assigned to the case were keeping them company, unwilling to completely remove themselves from the action but finding themselves with nothing to add.

“What do we know, people?” she called out to the remaining group, all FBI, mostly male, white, and older than her. At thirty-six she was considered young to be running such a high-profile investigation, especially in the boys’ club that the Bureau continued to be – all the FBI’s marketing photos and insistence on politically-correct diversity notwithstanding. But Silver had earned her position and didn’t make any excuses; she was used to swimming upstream in a man’s world – had been doing so for as long as she could remember. She’d been proving herself since her training days, when she’d graduated second in her class at Quantico – she would have been first had she not annoyed one too many instructors with her independent attitude and been marked down accordingly.

That still stuck in her craw. By rights, she should have been first.

Supervisory Special Agent Sam Aravian, a tall, gangly man with olive skin and an unruly head of black curly hair, emerged from the bedroom and shot her a worried glance.

“This one is grislier than the last. It looks like he was tortured, judging by the lacerations,” he reported, shaking his head. “I’m thinking the killer was trying to get information out of him.”

Sam turned his head towards the dining room’s picture window and rolled his eyes, thinking Silver wouldn’t catch his expression in the dim reflection. She let it go.

“Have we got anything from the doorman? Any witnesses? What about security cams? Tell me this isn’t four in a row where the perp’s a ghost…”

“Nothing so far. The maid found him. NYPD is interviewing her with two of our agents, but she doesn’t know much, and she’s still in shock. It isn’t every day you find your employer of six years doing the headless horseman thing,” Sam offered, biting short the rest of his remark when he caught the look in Silver’s eye.

“Seth. What are you going to need to process the downstairs?”

“We have the garbage room sealed off, and two techs are on it. They called upstairs and have someone going over the chute room, too. I’ll be up in a few minutes. But I don’t need to tell you this is going in an ugly direction.”

Silver looked out at the park again and wondered when they would catch a break. It had been six weeks since the first killing, three weeks since the last, and they were no closer to closing in on the killer than when the first victim had been discovered in his car with the calling card stuck in his mouth, stabbed to death and left to drown on his own blood. That
modus operandi
, coupled with the killer’s contacting the press and promising more killings, had galvanized the Bureau into creating a serial killer task force even before he’d slain his second victim.