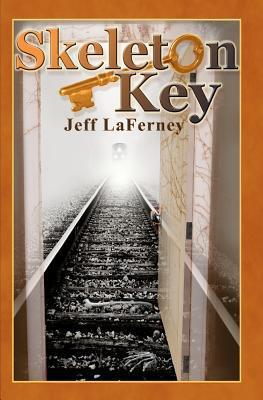 Clay Thomas and his son, Tanner, have been diagnosed with brain irregularities that give them tremendous mind powers. Both use their powers sparingly, especially since tragedy struck the family as a direct result of their usage. Tanner is a happy-go-lucky college athlete. Clay is struggling to find purpose and meaning in his life until he meets Erika Payne. She teaches him to have faith and use his gifts for good, trusting someone besides himself along the way. When he learns that Erika’s husband, Adrian, disappeared after a tragic train crash and that her son is struggling with personal problems as a result, he decides to use his powers for good. With the help of his son, the small town police chief, and the ghost of Adrian Payne, Clay seeks to find answers that will bring closure and peace to Adrian’s family. Once the ghost leads Clay to the body, foul play is suspected. And once the investigation begins, more questions arise than answers. Parapsychology, the supernatural, science, and human elements seem to clash as key characters are suspected of guilt, yet the ghost and the medical examiner don’t seem to agree. While Adrian’s horrible secrets are uncovered, so are the secrets of several suspects, all of whom believe in their own guilt. How can that be? 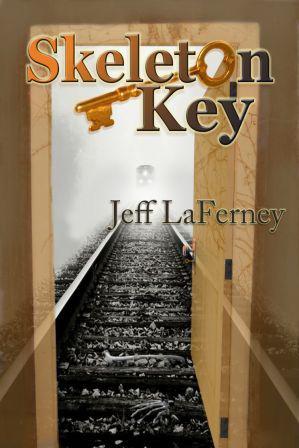 Two years ago, while aggressively seeking goals that were 100% my own, I finally realized that my chosen path was approximately 0% God’s. He had shut door after door and frustrated my stubborn pursuits.
Finally
, I got the hint and plunged into my first book-writing project—except I continued to wonder if I could continue seeking my own goals at the same time. Um, no. As I stubbornly forgot the earlier lessons, God patiently put trials in my life that pointed me back to the computer and book number two. I don’t know what the future holds as far as my writing “career,” but I can say without hesitation that my goals have changed and I’m grateful for God’s direction and patience. I didn’t write this book for me, God. I wrote it for You.

Well, a second book is done and once again the greatest portion of thanks must go to the Lord. I’m extremely grateful for the ability to write and the ideas that seem to appear miraculously. It is difficult to express adequate thanks when I consider the support and encouragement from family, friends, and other readers of my first book. For those who have partnered with me in the sales and promotion of
Loving the Rain
, thank you all very much. Jennifer, Torey, and Teryn—I love you. Thank you to my wife, Jennifer, and my friend, Andrea McGlashen, for reading my manuscript for
Skeleton Key
and helping me put together my final version. Thank you Marguerite Somers for your editing skills and Dave Vinton for your cover design. Special thanks go out to Chrissy (at the Durand Depot) and Dan Brooks who helped in numerous ways answering questions about the Depot, trains, railroad jargon, the railroad tracks, and the town and its history. Dr. Brian Hunter was more than just my forensic expert. It was Dr. Hunter who gave me the idea of how to solve the mystery of Adrian Payne’s death. I am extremely grateful for his help. Finally, I must give enormous props to my friend, Attorney John Folts. John answered all of my law questions, and believe me, I had a lot of them. Thank you so much, John. Your insights, knowledge, and suggestions are woven throughout the book.

The horn sounded, and Tanner Thomas stepped onto the court as a six-foot-two-inch freshman substitute in his first University of Michigan college basketball game. He had missed the first four games because of a sprained ankle. DeMarco Newton, the senior point guard for Oakland University, grabbed Tanner by the jersey. “It’s gonna be a long night, Rookie.” Tanner was substituted earlier than either he or his father expected. It was a Friday in late-November and Clay Thomas, his father, was sitting in the second row of the stands next to his friend, Dr. Zander Frauss. The Michigan Wolverines’ starting point guard, Darius Williams, committed an early second foul and was removed from the game.

On Tanner’s first possession, he fumbled the ball for a turnover while he attempted to dribble through the lane. “Nice ball handling, Rookie,” taunted Newton. “If you want to see good handles, keep an eye on
me
. Unlike
you
, I have some skills.”

Tanner bit his tongue and didn’t respond. After all, he
did
just make a turnover. Not a great start to his college basketball career. The Oakland player continued his smack talk as Tanner pressured him up the floor. The dribbler faked a quick crossover dribble and drove right past the U of M freshman, dishing off an easy assist on the play. Newton beat his chest and leaned against Tanner, holding onto his jersey to keep him from getting open. The inbounds passer was called for a five-second violation and Coach Beilein called a quick timeout. “You ain’t no good, Rookie,” Newton taunted. “You ain’t ready for the big time. This ain’t high school, but you still ’bout to be schooled.” Tanner took a deep breath and headed for the huddle.

Coach Beilein stared at Tanner initially, but then gave him a pat on the butt and said, “Settle down and play your game. We need you out there.”

As Tanner stepped back onto the court, his father yelled, “Mental toughness, Tanner…and use your head out there!”

During a short delay while a shot-clock malfunction was being serviced, Newton got in Tanner’s face again. “You can’t stick with me, Rookie. Won’t be long and you’ll be back on the bench where you belong. Gonna be a
long
night.”

A frustrated Tanner had had enough of the cocky trash-talker. DeMarco Newton was about to learn a great lesson in humility. Tanner held a finger in front of Newton’s eyes, moving it side to side, slowly and purposefully. “Listen! Look at me! You’ve just lost your confidence, Mr. Upperclassman,” he said sarcastically. “Focus right here, Newton. No matter how hard you try, you
can’t
keep up with me. And you
don’t
wanna dribble with your left hand.” With a smile, Tanner added, “Gonna be a long night.”

Newton’s brash angry eyes immediately took on a look of uncertainty. With the clock problem fixed, the official returned to the baseline and handed the ball to an Oakland player who passed it in to Newton. On his first dribble, Tanner reached for the ball, making a steal and dribbling the length of the floor for a lay-up. Newton was unable to catch him. After the inbounds pass, Newton bounced a left-handed dribble off his foot. Tanner recovered it and passed for a second consecutive easy basket.

Zander coolly stuffed a handful of popcorn in his mouth and chewed. He said as casually as if he were doing nothing more than watching the clouds float in the sky. “I think Tanner hypnotized him.”

Clay leaned back just as nonchalantly and put his feet up on one of the empty seats in front of him. “Hmmm. And here I thought his only powers were mind-control and clairvoyance.”

“
Surprise, surprise. I guess he took that ‘use your head out there’ line kind of literally, didn’t he?”

“
Yep, he
does
tend to think literally.”

“
You have any new powers, Clay?” Zander cautiously asked as Tanner drove past Newton and sank a short jump shot.

“
Mind-control, telepathy, other random extra-sensory messages. I’m starting to get the hang of telekinesis. That’s a new one for me.”

“
Why do you hide these things from me?” Zander asked as he watched Newton pick up his left-handed dribble and have his pass deflected by Tanner for another steal. “You don’t have to go through life alone, Clay. Since your wife died, you’ve pulled away from people. You don’t need to trust only in yourself. You have friends.”

“
Thanks for the lecture, Doc. I’m doing just fine on my own, I think. We can talk after the game, okay?”

Clay had already said far more than Zander could usually get out of him. He much preferred to not talk about his powers
or
Tanner’s at all. It was his opinion that the tragic events in his life the past year were because of the misuse of those powers. He and Tanner witnessed the murder of Jessie, Clay’s wife, at the hands of a man that was seeking revenge on Clay because of how he used his power in the past. His wife’s behavior at the time, Clay believed, was also his fault because his dishonesty had a harmful effect on their relationship. Professionally, Zander Frauss was determined to learn as much from Clay and Tanner as he could, but even though he was their friend, both men were cautious in their dealings with the doctor. So, while he watched his son, Clay just sat back and made small talk the rest of the game.

DeMarco Newton had a terrible first half and sat out most of the rest of the game, while Tanner continued to impress once he cured himself of his early game jitters. Michigan rolled to an easy victory. At the end, Michigan’s play-by-play announcer, Matt Shepard, described Tanner’s day as “an impressive debut.” While shaking hands at the end of the game, Clay and Zander observed Tanner approach Newton and snap his fingers in front of the Oakland player’s face, releasing him from his hypnosis. “Kind of a long night for ya, wasn’t it?” Tanner quipped with a smile. “Maybe you won’t be so cocky next game. Good luck the rest of the way.”