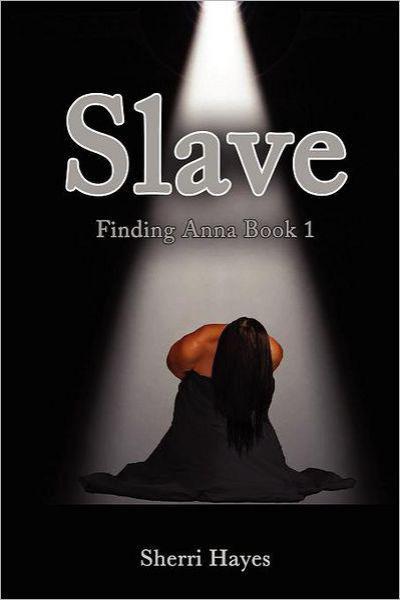 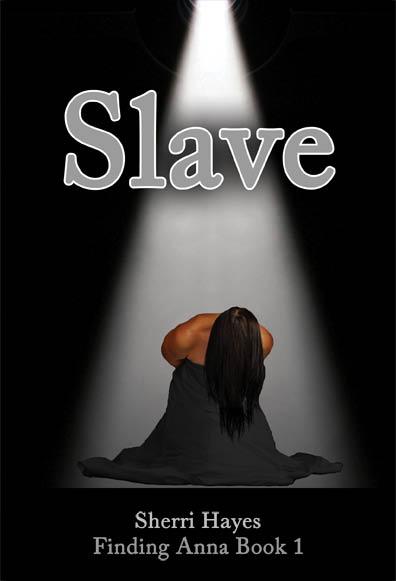 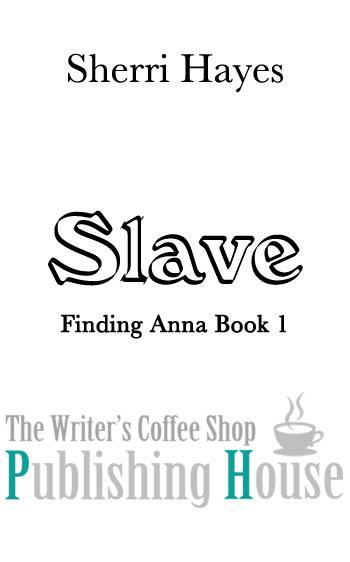 This work is copyright. Apart from any use as permitted under the Copyright Act 1968, no part may be reproduced, copied, scanned, stored in a retrieval system, recorded or transmitted, in any form or by any means, without the prior written permission of the publisher. 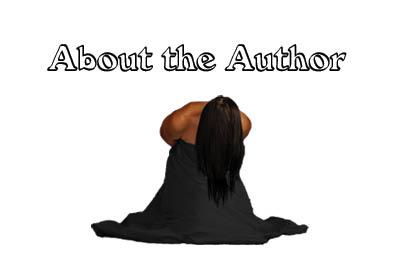 Sherri Hayes is a country girl at heart. She lives outside a small town in Ohio with her husband and three cats. Her mother encouraged her love of books and fondly remembers childhood story times. Sherri satisfied her need to be creative through singing and performance throughout her high school years. About three years ago, the urge to write started, and she has not stopped since. It has become an outlet for her, and she is excited to be able to share the characters and stories that constantly float in her head. 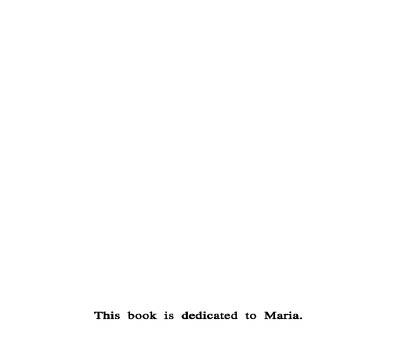 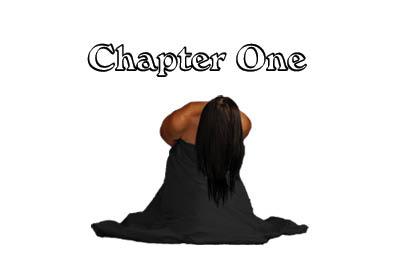 Geno’s was a small Italian restaurant about a mile from my office. They had good food and a cozy atmosphere, which made it a great place to have an informal meeting with an old friend.

The hostess greeted me at the door and let me know that my party had already been seated. She escorted me through a maze of tables to a corner booth in the back.

The restaurant was busy, but not packed. Still, getting the back corner booth with no one sitting at any of the immediate tables surrounding it told me either luck was with Daren today or he’d pulled some strings. My bet was on the strings.

My Mentor was always more social than me, so seeing him at a party wasn’t exactly a shock. I just wasn’t aware that he had moved back to Minneapolis. It had been a pleasant surprise.

Sitting down across from my friend, I took the menu from the hostess.

“Kelly will be around to get your drink orders in a minute.”

Thanking her, I set the menu down without looking at it and faced Daren. He was nearly my exact opposite. Where I had brown hair, he had blond. His eyes were a baby blue, whereas mine were a vivid hazel. I was tall and lanky, even though I’d buffed up some since college. Daren, on the other hand, was four inches shorter and could have easily passed as a body builder.

Today he looked nervous, which was rather unusual for him. Not unheard of, but definitely not common either. Needless to say, it piqued my curiosity.

“I will in a minute,” he said, looking over my shoulder. His behavior gave me a negative feeling. “Do you know what you want, Stephan?”

And then Kelly was there asking for our orders.

As soon as she left, I raised my eyebrow in question, but he ignored me. “You’re still running the family business, I see.”

“Yes,” I said, not sure what he was getting at. I doubted it had anything to do with why he’d called me. “I’m still head of The Coleman Foundation, but since it’s a not-for-profit, I’m not sure you could say it’s the family business.”

He waved it away. “Same thing.”

I waited, but he didn’t continue so I decided to play along. “You’re still consulting?”

Daren released a sharp breath. “Yeah.” He leaned toward me. “Are you still looking to collar a sub?”

So that’s what this was about? “If I find the right one, yes.” I noticed his shoulders relax, and he sat back a little. “What does that have to do with anything?” I asked, truly confused.

The subject that I did not currently have a submissive came up during our conversation last month at the party. I hadn’t played with anyone in the last six months. No one had struck my fancy, and most of them reminded me too much of Tami.

Daren had been with his submissive, Gina, since college. They were well matched in likes and dislikes and were much more open in their relationship than I personally preferred. I did not share my submissives, nor did I play with others when in a relationship. Many did, like Daren and Gina, but I’d never found it to be appealing. What was mine was mine.

Kelly came back with our drinks, so Daren waited for her to leave again before answering. “Because I found a girl for you.”

“Daren,” I warned, shaking my head. This was another
no
on my list. I didn’t enjoy being set up. Logan, my best friend, and his girl, Lily, had tried to set me up more times than I could count. I wasn’t interested.

“Hear me out. She needs your help.”

This aroused my curiosity. “What do you mean she needs my help?”

“I know how much you like to help people, Stephan. I mean, look at what you do.”

I was in complete disbelief. “Helping fund medical care for those who can’t afford it is a little different than taking on a submissive. Is she already a trained sub? Is she looking for a Dom?”

A slave. I didn’t have a problem with that, fundamentally. It was a complete power exchange. Slaves gave up all control of their lives, their bodies, to their Master or Mistress. Some women, and even some men, choose to be slaves. For most slaves it was a comfort to have someone else make the decisions in their lives for them, to give up complete control to someone else. That didn’t sound like the case here if she needed my help.

“Okay,” I said, drawing out the word, still not quite sure where Daren was going with this.

“I was at a party Saturday night. She was there. Her name is Brianna, and she belongs to Ian Pierce.”

I knew of Ian solely by reputation. I’d never met him personally. He was well-known in the community, but from what I heard, he was into pain and humiliation. And he already had a slave. “What happened to his other one?”

“Oh, she’s still there. Alex was at the party as well. Brianna is a new acquisition.”

“And you don’t think she wants to be?”

“Maybe she’s into what Ian does.”

“Trust me, she’s not,” he said, shaking his head. Then he added, “I wouldn’t have come to you otherwise. And if you had seen her Saturday night, you would know it, too.”

I considered this bit of information. There was no doubt in my mind that Daren believed what he was saying. If this girl didn’t wish to be Ian’s slave, I couldn’t sit by and do nothing. How to help her was the problem. My options were limited.

“What do you want from me exactly? It’s not like I can call the police and have them storm the place just on my word. Or yours for that matter.”

He leaned in again, clasping his hands in front of him, but then had to pull back when our food arrived. Daren took a bite, and then looked me straight in the eye. “I have a collared sub, or I’d do it myself. Plus,” he said with a smirk, “you have more money than I do.”

It was then I got it. “You want me to buy her.” It wasn’t a question, and he didn’t deny it. The thought of “buying” a woman turned my stomach, but if what Daren said was true, I couldn’t just leave her there.

I needed more information and ignored my food as it grew cold on my plate. “What makes you think he’d be willing to part with his property?”

Daren gave me a devilish smile. This was the Dom I knew. He could be quite twisted when he wanted to be. “I asked,” he said with a shrug of his shoulders. “In fact, I told him about you. Said you might be giving him a call.”

“You
what
?” I nearly shouted. I couldn’t believe he’d told this man I might be interested in anything without talking to me, let alone the purchase of another human being.

Daren looked around us, and I followed his gaze. Everyone in the restaurant was looking at us. That was something we definitely didn’t need, so I lowered my voice to almost a whisper. “Explain.”

“Look, when I saw the girl, I thought of you. She has brown hair and blue eyes. I know how much you like brunettes.”

I scowled, but he ignored me. “She’s really pretty,
and
scared to death from what I could see,” he said pointedly before continuing. “So I simply asked Ian if he was planning to keep her now that she was fully trained. He asked if I was interested. I told him no, but that I knew of someone who might be.” He shrugged. “I didn’t tell him you’d be looking for a submissive, though, Stephan. If you do this, you’ll have to go in acting like you’re looking for a slave.”

My mind raced. If I did buy her, what would I do with her? What would she be like?

I couldn’t just leave her there that was certain, not if she was there against her will. It just wasn’t in me. If I could help, then I had to.

Could I do what needed to be done? Could I treat a woman like a piece of meat? Buy her?

But how could I not, given the alternative?

Crushing (The Southern California Wine Country Series) by Smith, J Gordon
The Consequences by Colette Freedman
Murder in the Collective by Barbara Wilson
Hardcastle's Traitors by Graham Ison
Judy Moody Declares Independence by Megan McDonald
Storming the Kingdom by Jeff Dixon
Hot for Him by Amy Armstrong
The Palace of Laughter by Jon Berkeley
Liaison interdite by Cleden
Eternal Journey by Carol Hutton