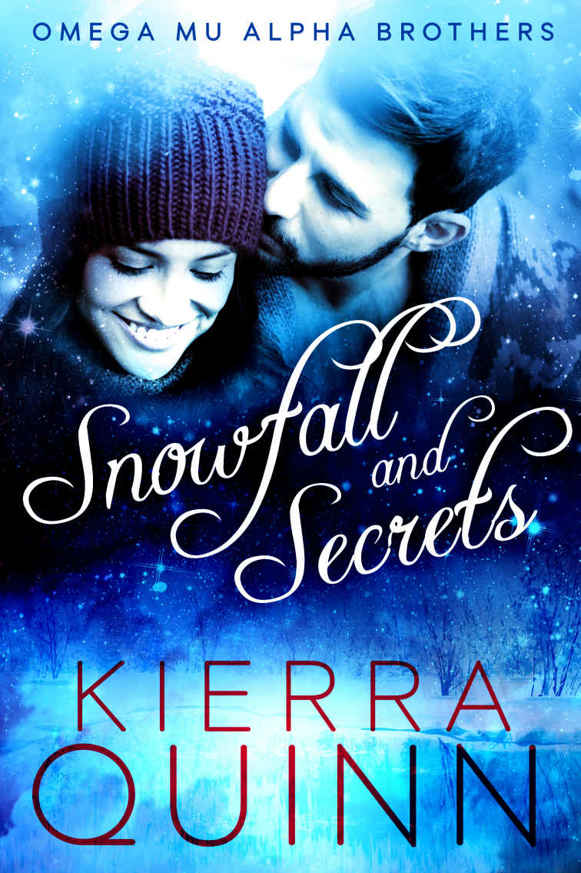 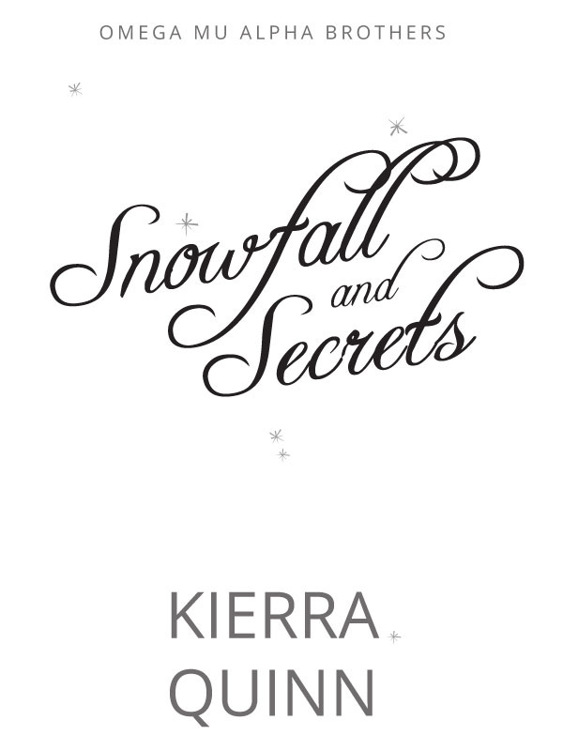 All rights reserved. No part of this book may be reproduced, transmitted, downloaded, distributed, stored in or introduced in any information storage and retrieval system, in any form or by any means, whether electronic or mechanical without express permission of the author, except by a reviewer who may quote brief passages for review purposes.

This is a work of fiction. The characters, incidents, and dialogues, in the is book are of the author’s imagination and are not to be construed as real. Any resemblance to actual events or persons, living or dead is completely coincidental.

For Kristin and Karen 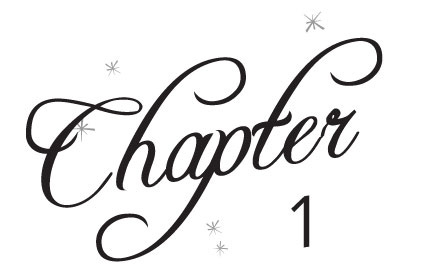 T
ess had made a lot of mistakes in her short life. She thought she got it out of her system after high school, but apparently at twenty-five, she was still as dumb as she was at eighteen. Maybe more. This was definitely the stupidest thing she’d ever done.

After the plane touched down on the nearly frozen northern Michigan runway, she turned her phone on and discovered twenty messages from her mother and four sisters. They all said the same thing.

She’d lived in Southern Florida her entire life. But she had to get away from there. Though she sure picked a crappy time of year. The second week of January wasn’t exactly smart.

Passengers at the tiny airport disembarked down a stairway instead of into the airport. As she stepped off the plane, she knew she made not one big mistake, but two. Prior to this moment, she’d never been in weather under forty degrees. This was probably below zero. She wasn’t prepared for cold like this.

The wind bit at her face and hands as she ran for the airport. She had gloves on, but they were useless against the chill. Lost in thought, she waited for her bags. She would need to stop at a store to get a better coat before she headed to the island. Never mind that she blew most of her savings on the best winter weather gear she could find in Miami, which wasn’t the place to buy for a Michigan winter.

A hand tapped her on the shoulder. She turned and found herself having to look up at a man with chiseled features. She sucked in a breath. She always had a weakness for tall, dark, and handsome.

She nodded. If this was her boss, she was in so much trouble.

“Are you Dr. Jorgenson?”

He chuckled. “No, I’m Lukas, and I’m a little young to be the superintendent of a school. Doc doesn’t leave the island during the winter. I’m your landlord.”

She nearly burst out laughing. She was so in for it.

“How’d you recognize me?” she asked.

“You’re the only one not dressed for the weather. Doc said you were from Florida, but I thought you’d have more sense than this.”

Tess wore a wool coat over a sweater dress, ankle length leggings, and knee high black boots. She was more covered than she’d ever been in Florida. Yet she was still freezing.

Before she could answer, he continued speaking.

“Do you have a heavier coat and gloves in your suitcase?”

Tess shook her head. “I bought the best I could find.”

He frowned. “The shops are closed. You’ll have to come back to the mainland later and get more gear. In the meantime, you’re gonna lose a couple of fingers. Seriously, are those the only gloves you have?”

She nodded and looked down at her thin gloves that matched her dress. She had four other pairs, but they were all the same kind, and trying to layer them didn’t make much sense. She knew he was right; her fingers were in danger. 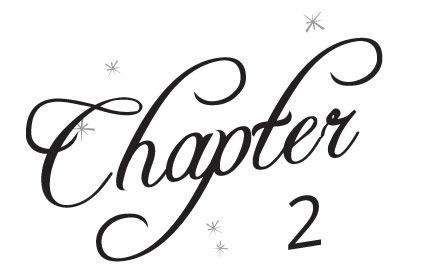 L
ukas hefted the two massive purple suitcases into the bed of his truck. He hoped like hell he had an extra pair of gloves in the cab, otherwise his fingers wouldn’t survive because there was no way he was going let her freeze to death on the back of his snowmobile. Doc would never forgive him. Though, if she was this ill-equipped for the northern Michigan temperatures, she might be on the first plane back to Florida.

“Did you bring any snow pants?” he asked her as he rummaged behind his seat. He didn’t find any gloves, but he found hand warmers.

He chuckled. Doc was probably going to be looking for new teacher in less than a week. Lukas had another full-face hat too; at least she wouldn’t completely freeze. Also, his body would protect hers, especially if she hung onto him. Not that he minded. He hadn’t seen a body like hers in years. She had legs that went on for miles, and he seriously wondered if that rack was real. They didn’t make girls like her in Michigan. No, she definitely belonged somewhere with palm trees and bikinis.

“Do you have any pants?” he asked.

“What do you call these?”

He looked at her legs again because he didn’t want to waste the opportunity.

“Tights. You need pants. Do you have jeans? Sweat pants? Since you don’t have snow pants, you’ll need to layer a little bit.”

“I brought a few pairs of jeans.”

They pulled into the long-term parking lot. He dropped her and her bags off at the ferry waiting room. They kept it open and heated most of the year, even when the lake froze over.

“Find three or four pairs of pants and put them on over each other.”

Try. How does one
try
to put on jeans? He shook his head. Women.

He parked the truck and jogged to the waiting room. The wind chill was around negative twenty degrees, cold, even for someone used to it. Tess had one suitcase open, and she was rolling on the floor, fighting with a pair of jeans.

“You okay?” he asked, choking back a laugh.

Her cheeks reddened as she shook her head.

“They won’t go on over the leggings.”

“Do you have anything that isn’t skin tight?” All of the pants sitting around looked to be the same size.

She pouted. It looked adorable. Those lips of hers practically begged to be kissed. “No.”

He rolled his eyes. “Okay, listen, I’m going to the truck to get something. In the meantime, take off those silly tights and put on a pair of jeans. They’ll keep you warmer. Maybe you can get a pair of leggings on over your jeans.”

“They aren’t as stretchy as they look, but I’ll see what I can do.”

Lukas tried to think of the best way to keep her warm on the drive across the lake. He grabbed the blanket and hand warmers he kept in the cab. Dammit. The snow pants would have to be sacrificed. His legs would be cold when he got home, but at least she’d have all her body parts.

Tess looked just as underdressed as before. He took off his snow pants and handed them to her.

“Don’t you need these?” she asked. How sweet of her to be concerned.

“Not as bad as you do. I’ve got long underwear under my jeans. Do your boots have a lining of any kind?”

“No, but I brought a pair of Uggs. Let me find them.” She opened the other suitcase, and it looked like all she had was different kinds of boots and tennis shoes. Most of them would be useless on the island until May. He shook his head. Silly girl.

Lukas sighed when he saw her socks. “You’ll need to buy some wool socks too. Those will never keep your feet warm. Better dig out a few more pairs.”

A nervous giggle escaped her. “At this rate I’ll be wearing half my suitcase.”

He nodded and yawned. He had to be up early, and this was taking longer than he planned. Especially since her plane was an hour late.

After Tess put her suitcases back together, he carried them outside and loaded them on the sled he towed behind his snowmobile.

“You get on first,” he said, handing her a helmet. She took it without question and sat on the back the snowmobile. He wrapped the blanket around her and then climbed on in front.

“Get as close as you can and put your hands inside my coat.”

“What the hell?” she asked.

He chuckled. “Listen, princess, it’s not like I want your hands all over me, but if you don’t, you’re going to lose a few of those fingers, and you need those fingers to teach.”

She pressed herself against his back, wrapped her arms around his waist, and slipped her hands up the front of his coat. He hissed, not quite prepared for the cold, or the feelings of desire that crept up. It was going to be a long ride. 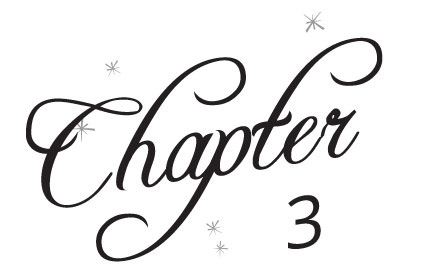 T
ess felt like a ridiculous child. She couldn’t even bring her own appropriate winter gear, and now here she was, stuck on the back of a snowmobile heading to her new home, while clinging to a stranger for heat.

Mackinac Island sat in Lake Huron about three miles away from the mainland of Michigan. There was no bridge, and most people arrived via ferry. But the ferries stopped in January, and by February the lake froze over enough to take snowmobiles. Tess read about that, but she was under the impression that she would be taking an airplane.

“Why are we taking a snowmobile?” she asked Lukas before he turned on the machine.

“Because your flight was late, and we missed the last plane. You’re lucky this is how I got here, or we’d be sleeping on the mainland tonight.”

“I thought the ice bridge didn’t form until February.”