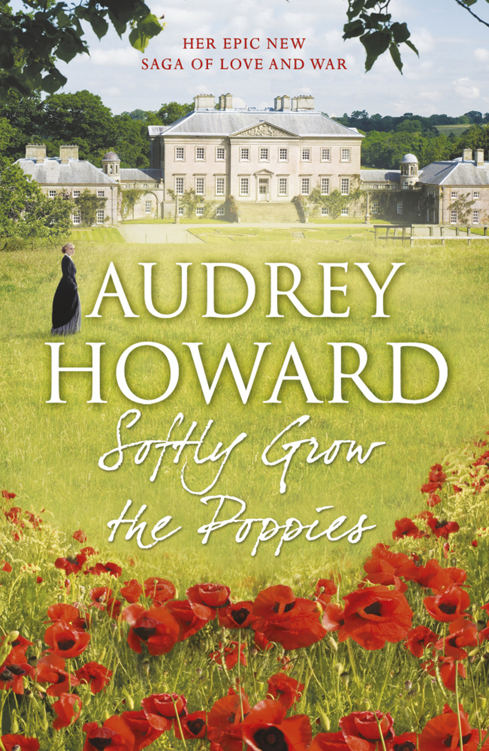 Rose Beechworth is mistress of a charming country house - her own, left to her by her wealthy father. In the summer of 1914, she is not even looking for love. Alice Weatherly turns Rose's world upside down. The loveable young heiress longs to kiss Captain Charlie Summers goodbye - she takes Rose to Liverpool's Lime Street station and into the heart of Charlie's brother Harry. Even though they are neighbours, they have never met, for Rose ignores the social round, while Harry's time is taken up desperately attempting to keep his father's ramshackle estate together. He becomes the master of Summer Place, a magnificent mansion with a proud history. He is only too glad when it becomes a hospital for wounded soldiers. As the war takes its terrible toll and Charlie disappears into the fog of battle, Alice - the spoilt runaway heiress - becomes a heroine, while Rose finds herself running two great houses. It seems impossible that any of them can ever find happiness again . . .

A Day Will Come

All the Dear Faces

There Is No Parting

Echo of Another Time

The Silence of Strangers

A World of Difference

Not a Bird Will Sing

Beyond the Shining Water

Rivers of the Heart

The Seasons Will Pass

Whispers on the Water

A Flower in Season

Reflections from the Past

As the Night Ends

The Flight of Swallows

The right of Audrey Howard to be identified as the Author of the Work has been asserted by her in accordance with the Copyright, Designs and Patents Act 1988.

For two special people who have made
my life brighter, Gwen and Norman

I
t was warm, so warm that Rose was tempted to remove her gloves. Her hands, despite the fact that the gloves were made of the finest kid, were sticky with perspiration but they held the reins firmly, so she clicked her tongue to Sparky and told him ‘Get up there, lad,’ which he did for he was fresh so early in the morning.

‘I don’t know,’ Dolly had said, ‘why the dickens you have to go to Old Swan at all in this heat. Can’t she use plain white to hem that petticoat? Do she have to have that specific shade of cream? After all, no one’s going to see it.’

‘Dolly,’ Rose had said patiently, ‘you know how particular the girls are. They wouldn’t dream of using the wrong colour, besides which one of them has begged me to buy her some khaki wool so that she can knit socks for the soldiers. She’s walking out with the under-gardener and he’s bound to enlist like all the young men, so I suppose she’s thinking of him; and anyway, I feel like having a ride. I want to find out what’s happening.
The Times
is full of war news and yet nobody seems to know exactly what is to happen next.’

‘Well, you won’t find out in Old Swan, chuck, that’s for sure. Why don’t you take your book down to the summerhouse and have a read and a rest? This blithering heat’s enough to knock the stuffing out of anyone. The gardeners were saying those dahlias need splitting and you know how fussy you are about which plants go where so you could tell him what—’

‘Yes, yes, he told me yesterday but I feel I must just get this silk so that they can get on with their sewing. I bet every woman in the country wants to knit something for the troops and khaki wool will be hard to find . . .’ Besides which she was restless, anxious to discover what was going on in the vicinity of Liverpool with regard to the war that had been declared, war with Germany. It seemed Germany had violated a treaty, setting aside the neutrality of Belgium by demanding a passage through the country. Great Britain warned Germany that it should withdraw its troops from Belgium at once and if Germany did not do so by midnight on 4 August a state of war would exist between them. Germany did not do so. The Great War had begun and Rose wished to know how it would affect those who would be involved in it. Not just the men who would be bound to fight but those at home.

There were crowds everywhere, so it was reported, cheering and shouting and singing patriotic songs, especially in London outside the Palace, filled with enthusiasm for this great and glorious war in which they were to fight. Lord Derby was very keen to get a company of local lads to form their own Liverpool regiment and the streets were filled with hundreds of young men eager to be in on it. They were all terrified it would end – it would last a month they had heard – before they got their chance to share in it. War, war, war: the single syllable throbbed through the land and she wanted to get to Old Swan to find out for herself what was happening instead of just reading about it in the newspapers.

She and Dolly were sitting in the enormous kitchen that her grandfather had considered just the right size needed for the life he would lead as a country gentleman, with, of course, the sort of entertaining he meant to do. There were two large tables, solid, scrubbed pine on one of which the kitchen-maid was chopping parsley in readiness for the fish that was to be served at luncheon. A door led off to pantries and sculleries and another was open to reveal the stable yard. A dresser at least twelve feet long stood against one wall, its five shelves lined with pottery utensils of every kind from humble egg cups to large serving platters big enough to carry a roast fore-quarter of lamb, a leg of pork, a sirloin of beef and the game he shot on his own land. The coal-fired stoves, two of them, were the very latest design with a fire between and a hot plate on which, and from which, Cook could produce gargantuan meals. There was a clothes rack that could be hauled up to the ceiling and on which the freshly ironed laundry aired; there were copper pans, terracotta pots, weighing scales, dozens of implements, baskets in which fresh fruit and vegetables from the garden were delivered, and before the fire two rocking-chairs where Dolly Davenport, who was housekeeper and ran the house like clockwork, and Cook rested during their busy days. Nessie, the cook, was married to Tom Gibson who was head gardener at Beechworth House and they had a comfortable cottage on the other side of the kitchen garden, as befitted their station. The rest of the servants lived in, except the laundry-maid who went home to her cottage in Hatton Lane each night: four housemaids and four menservants, grooms and gardeners. The men lived above the stable, the maids shared bedrooms at the top of the house.

It was one of the under-grooms, who hitched Sparky to the gig, holding the reins until Miss Beechworth emerged from the back kitchen. Miss Rose was known for her unconventional attitude towards fashion. Today she wore a full, well-cut, lightweight camel-coloured skirt that reached to mid-calf and was split to her knee, plain white shirt open at the neck, the cuffs turned back almost to the elbow. Her highly polished riding boots were revealed when she swung up into the gig. She wore no hat, the sun picking out copper and golden glints in her short, curly auburn hair. She was an extremely handsome woman of twenty-four years, independent, enormously wealthy and had refused every offer of marriage she had received.

She slapped the reins on Sparky’s rump to set him off down the long drive, then she turned out of the wrought-iron gates of Beechworth House and into Hatton Lane. Bertha was in the garden of her cottage hanging out her own family’s laundry and Rose waved to her.

‘You certainly will, Bertha,’ Rose shouted back as she picked up speed. The hedgerows flashed past, overgrown with brambles, the fruit almost ready for picking. The fields beyond were busy with men and boys, for, war or no war, the harvesting must go on. Men and boys, most of whom would enlist for their great adventure, were advancing against the golden ranks of wheat in slow rhythm, blades sweeping, flashing in the sunlight. The banks on either side of the lane were covered with toadflax and hawkweed and among the brambles were long streamers of honeysuckle and sweet-scented bedstraw. Some of the fields were golden with ragweed and others bright with a tapestry of scarlet poppies. There was a rowan tree standing sentinel at the corner of the field that was part of Oak Hill Farm and a thrush was gorging on its plentiful berries.

She was just about to turn from Hatton Lane into Dunbabin Road, which led through Wavertree and on to Old Swan, when she caught sight of what appeared to be a child hurrying from the opposite direction. She had time to notice that the child was extremely pretty, finely clad in a white muslin dress with a skirt that reached her ankle bone, a straw hat with a wide brim, its crown covered with pink flowers, and she carried a small pink reticule. She was holding the brim of the hat as she broke into a run, then with a sudden movement she discarded it, throwing it with what sounded like an oath into the hedge. Her hair was revealed, so pale it was almost silver, curls falling softly from the crown of her head to her shoulders. A pink ribbon dangled from one of the curls as though she had rammed the hat on in a hurry. When she saw Rose her face broke into a beaming smile, revealing perfect teeth. Her eyes were clear, surrounded by long silky lashes and such an incredible shade of blue Rose could not help but stare. Not pale blue, not grey, not green, nor the purple of a pansy but a mix of all these shades as the light caught them. She could imagine any man falling into their soft beauty. Her cheeks were flushed a delicate rose pink and Rose could see, now that she had pulled Sparky to a halt, that she was not in fact a child but a young woman, a young woman so slight, so delicate, so dainty her tiny breasts barely lifted the bodice of her fetching dress.

‘Oh, thank God,’ the young woman began. ‘Am I glad to see you. Are you by any chance going into Liverpool? I’m trying desperately to get to the station before the troop train leaves but Papa said I was not to go. He disapproves of Charlie, you see, and it is not a proper place for a lady and he told Matthew he’d lose his job if he took me. I’ve no money for a cab and when I said I’d take Blossom and ride there – she’s my mare – Taylor was threatened with dismissal if he saddled her. Oh, I do beg your pardon. My governess has always said my manners are atrocious and so they are. My name is Alice Weatherly. How do you do.’