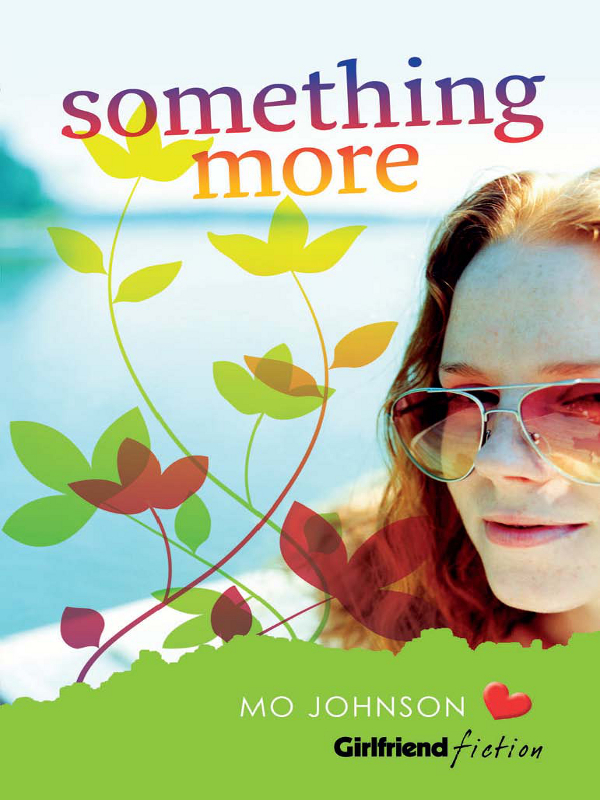 1
My Life and Other Catastrophes
Rowena Mohr

3
She's with the Band
Georgia Clark

5
The (not quite) Perfect Boyfriend
Lili Wilkinson

6
Step Up and Dance
Thalia Kalkipsakis

For my sister,
Dr Agnes Rennick

âNo point in losing your head, Isla, if people won't help you look for it.'

âThe road to success is a bumpy one, Isla, especially if your father is driving.'

âGlobal warming my backside, Isla! If we get any more rain in Glasgow this year, we'll need an ark.'

âToo many cooks spoil the broth, but if you're doing the cooking, Isla, one will do just as well.'

âLearn to close your gob, Isla, or your brain might do a runner.'

âIf dads are the heads of their families, Isla, mums are the feet. It's hard to give your kids a kick up the bum with your noggin.'

âThey say your life flashes before your eyes when you drown, Isla, so if you don't want to die bored, learn to swim.'

âEmbarrassment is a state of mind, Isla. Your state, lingering much longer than you'd like it to in other people's minds.'

âWindow-shopping is a waste of time, Isla, if you live in a tent.'

âA bird in the hand could crap on your fingers, Isla. I'd always choose two in the bush.'

âIf you must choose between a rock and a hard place, Isla, pick the rock then throw it at the person who got you into the mess to begin with.'

âThe problem with Terry is Terry.'

âI don't know much about this foreign karma thing, Isla, but here in Scotland we all know that what's for you won't go by you.'

âIsla, never stand directly behind a person who's taking a bull by the horns!'

âNo point in losing your head,
Isla, if people won't help you
look for it.'

Terry barged her way into my room, slamming the door so violently that Mr Jingles the string puppet fell to the floor in a tangled heap.

âWhat have you done with Mitsy, you cow?'

Ignoring her, I began to do a mental count. By three she was fuming. By eight, her skull was about to blow off. I leant back in my chair, ready to say the last digit out loud.

âTenahhhh!' Unfortunately, I overbalanced and crashed to the ground. That's the trouble with wheelie chairs: they're great for spinning, but the minute you get the loading wrong you're road kill.

âSo you want to count, do you?' My sister dropped down heavily. âOneâ¦twoâ¦'

âGet off! You're hurting me!'

âThreeâ¦serves you right for hiding Mitsy!'

âI did not hide Mitsy.'

âFourâ¦' She crushed my lungs. âTell me where she is then.'

âHow would I know?' I wheezed.

âFIVE!' she yelled, and then she slapped me.

My jaw dropped as a large hot welt painted itself on my thigh.

âWhere. Is. Mitsy!' She was pinching my arm.

I got my knee up to her chest. âStop it! I haven't got your dumb mouse.' I thrust hard and she went crashing into my chair.

Parents tend to think that an eleven-month age gap between siblings is a good thing. Ha! I'll be seventeen next month, but it won't make much difference. Terry and I will still hate each other.

I expected her to come at me again, but her breathing was laboured. Thinking I was safe, I heaved myself to my feet. She saw her chance and took it.

I went down with a thump.

âI don't care. Just tell me what you did with my mouse.' She bounced on top of me a couple of times as she spoke, and it really hurt.

âIn the name of the wee man, what's going on up there?' Dad was at the bottom of the stairs.

âNothing!' we said in unison. Terry jumped up and tiptoed towards my bed, while I tried to replace the fallen chair without making any more noise.

âIf you two are fighting againâ¦' He left the threat hanging. âWe're fine, Dad. Terry was just mucking around in my new chair and she fell off.'

âIs she okay?' Dad yelled, pounding up the stairs.

She was right. I was an idiot. Our father gets nervous about his family's health. No doubt he was imagining my sister rolling on the floor with her intestines hanging out, not that he would recognise these if they floated in his beer: he's far too squeamish to learn about the human body. He couldn't even watch us having our needles as kids, according to Mum. She's the complete opposite. She would have jabbed the suckers right into our arms herself, given half a chance.

âEr, she did give her stomach a bit of a bump, but it was sore anyway because she's got her PERIOD!' I shouted the last bit.

Silence. Then the sweet sound of a speedy fatherly retreat, and a much more distant and awkward, âRight, wellâ¦stop clowning around, you two.' Then nothing.

He's a bit outnumbered in this household. It's not just talk of periods that is included on his âto be avoided at all costs' list. Other things sure to make him scurry off are bras, waxing kits and any reference to sex.

âNice save,' Terry said when we were certain that he'd gone. âNow give me Mitsy before I kill you.'

âI swear I didn't take her.' I didn't get her sudden obsession with the mouse. âAnd anyway, what does it matter? It's just a dumb cuddly toy. You didn't even like it when Robbie Caruthers won it for you.'

âPoor Robbie Caruthers. Think how hard it must have been to aim for that clown's mouth, with a glass eye.'

âHe did not have a glass eye.'

I pretended to think. âYes, you're right. It was the other geek who loved you that year who had the glass eye. Wasn't Robbie the only kid in our primary school to have a full moustache?'

I love reminding her about Robbie Caruthers. Pathetic, but I have so little else to work with when it comes to getting under her skin.

Back in Scotland, Terry's Year 5 class visited a carnival. I guess in Australia you'd call it a theme park â a bit like Dream World, but not nearly as big. At that time, Robbie Caruthers, the nerdiest kid in her class, loved her madly.

Personally, I think she should have been grateful some fool wanted to kiss that smart mouth of hers when the rest of us just wanted to slap it. Anyway, the big dope won her an enormous green-and-white mouse. She was horrified.

Her class teacher, Miss McKenna, tactfully rescued it from a duck pond and gave it to our mum. Over the years, Mitsy wormed her way into Terry's affections, though the same cannot be said for Robbie Caruthers. I think she even kicked him in the nuts when they were in Year 6.

Before I could conjure up another Caruthersesque insult, she said, âIf Mitsy's not in here, where is she? She was under my bed yesterday morning before I went to soccer.'

âTerry, I have absolutely no idea what happened to her, and I don't care. I just want to get back to my English assignment because, unlike you, I don't have the time to run after soccer balls.'

âThat's because, unlike me, you count bending down to clip your toenails as your exercise, mate.'

Mate?
We've only been on the continent twelve months and already my sister is using Aussie slang like a native.