Read Song of the Dragon Online

Song of the Dragon 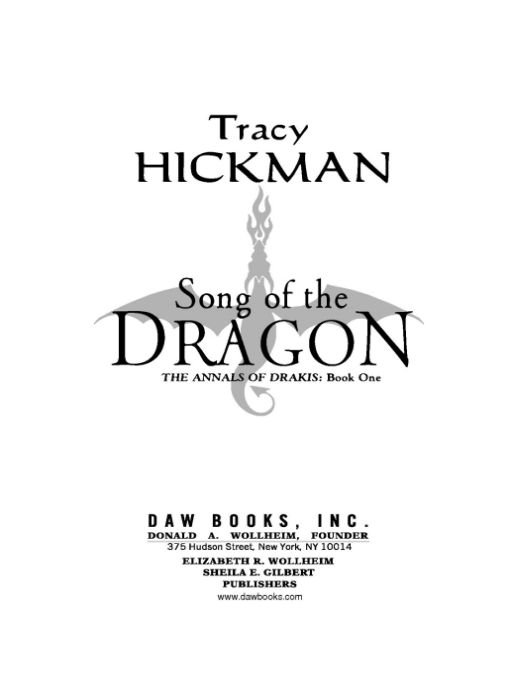 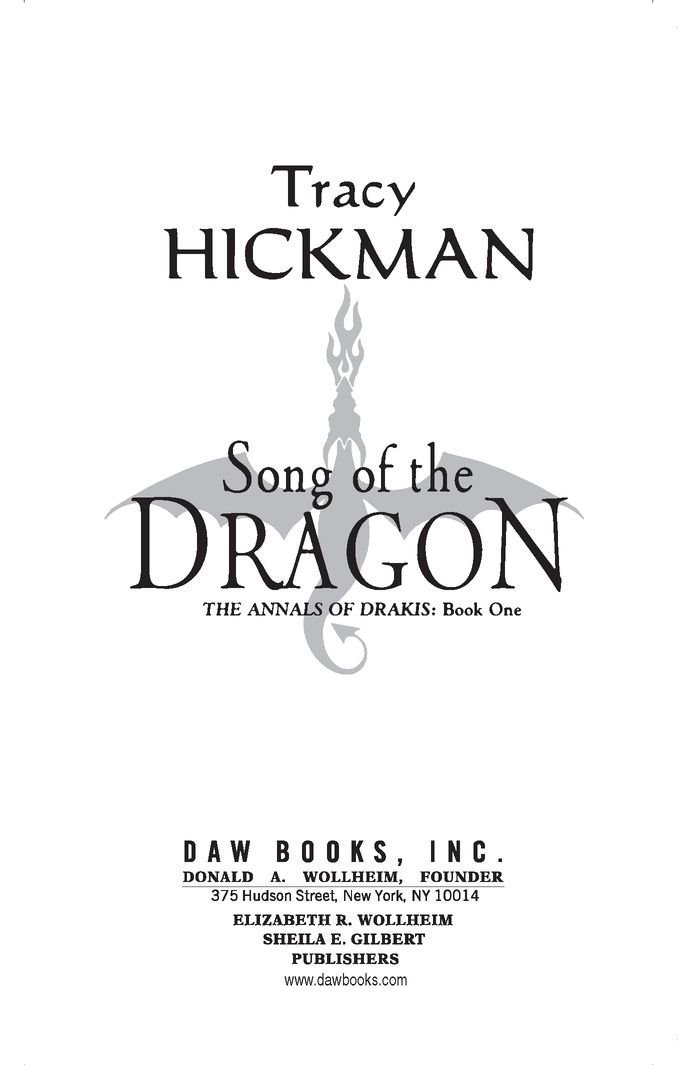 Table of Contents
Title Page
Copyright Page
Dedication
Acknowledgements
Â
Book 1: - THE JESTER
CHAPTER 1 - The Song
CHAPTER 2 - The Folds
CHAPTER 3 - Empty Rooms
CHAPTER 4 - Firefall
CHAPTER 5 - The Last Throne
CHAPTER 6 - Spoils
CHAPTER 7 - The Way Home
CHAPTER 8 - Myths, Legends, & Nonsense
CHAPTER 9 - Mala
CHAPTER 10 - Cleansing
CHAPTER 11 - Taboo
CHAPTER 12 - Hall of the Past
CHAPTER 13 - The Altar
CHAPTER 14 - The Fall
CHAPTER 15 - Flight
Â
Book 2: - THE PREY
CHAPTER 16 - Heart of the Empire
CHAPTER 17 - The Keeper
CHAPTER 18 - Tracks
CHAPTER 19 - Loose Ends
CHAPTER 20 - Bolters
CHAPTER 21 - The Hunt
CHAPTER 22 - Togrun Fel
CHAPTER 23 - Murialis
CHAPTER 24 - Hyperian Trap
CHAPTER 25 - The Glade
CHAPTER 26 - Three Truths
CHAPTER 27 - Pretending
CHAPTER 28 - Eternal Halls
CHAPTER 29 - Unwelcome Guests
CHAPTER 30 - Shift in the Wind
Â
Book 3: - THE FORGOTTEN
CHAPTER 31 - Fool's Errand
CHAPTER 32 - The Hak'kaarin
CHAPTER 33 - Caliph
CHAPTER 34 - Traveler's Tales
CHAPTER 35 - Preceding Reputations
CHAPTER 36 - RuuKag
CHAPTER 37 - Different Roads
CHAPTER 38 - Sondau Clans
CHAPTER 39 - Something of my Own
CHAPTER 40 - Without Doubts
CHAPTER 41 - The Crossroads
CHAPTER 42 - Heart of the Manticore
CHAPTER 43 - Relentless
CHAPTER 44 - Fury
CHAPTER 45 - Fall of the Inquisitor
Â
Book 4: - THE SIRENS
CHAPTER 46 - Do Dwarves Float?
CHAPTER 47 - One Among Us
CHAPTER 48 - Chimera
CHAPTER 49 - Voice of Dragons
CHAPTER 50 - Celebrations
Â
Teaser chapter
The Annals of Drakis
They emerged in chaos.
The fold collapsus behind them, but the sound was swallowed in the cacophony of battle that raged before them.
“By the gods!” ChuKang roared. “Where are we now?”
KriChan turned on Braun, grabbing the edges of his breastplate with both fists. “Where have you taken us? Where are Jerakh and the rest of the Centurai?”
“I . . . I don't . . .”
KriChan shoved Braun to the ground, his lips curling up around his fangs in disgust.
“Wait!” Drakis shouted above the noise. “I know where we are! This is it . . . the Ninth Throne of the Dwarves!”
The throne room was enormous, the hollowed out core of the Stoneheart nearly a hundred yards in diameter. All the Impress Warriors could see the Last Dwarven King sitting on his throne, his crown shining in the explosive light of the invading army. Scattered about the room was the last of the wealth gathered from all of the Nine Kingdoms, but it was the crown that riveted the eyes of every Impress Warrior smashing against the dwarven circle of defense.
“Is that it?” KriChan shouted, pointing toward the throne even as he began charging toward the writhing slaughter around the base of the steps.
“Yes!” ChuKang snarled through his clenched, bared teeth, running alongside him. “We take it and we go home!”
The Annals of Drakis
by
Tracy Hickman:
Â
SONG OF THE DRAGON CITADELS OF THE LOST
Copyright Â© 2010 by Tracy and Laura Hickman.
Â
All Rights Reserved.
Â
Â
DAW Book Collectors No. 1514.
Â
DAW Books are distributed by Penguin Group (USA) Inc.
Â
Â
All characters and events in this book are fictitious. Any resemblance to persons living or dead is strictly coincidental.
Â
The scanning, uploading and distribution of this book via the Internet or via any other means without the permission of the publisher is illegal, and punishable by law. Please purchase only authorized electronic editions, and do not participate in or encourage the electronic piracy of copyrighted materials. Your support of the author's rights is appreciated.
Â
ISBN : 978-1-101-54837-0
Â
Â
Â
Â
Â
First Paperback Printing, July 2011

For Gerry . . . my hero.
ACKNOWLEDGMENTS
We all stand on the shoulders of giants and all are worthy of thanks but to two women especially I owe public acknowledgment: Laura, my wife and partner without whose muse I would have no tale to tell nor song to sing; and the brilliant Sheila Gilbert, who showed us where to find the fire beyond the smoke.

Book 1:
THE JESTER
CHAPTER 1
The Song
T
HE SONG would not leave him.
Nine notes . . . Seven notes . . . Nine notes . . . Seven notes . . . Five notes . . . Five notes . . .
Circles in circles, endlessly spinning through his mind, filling its space with an endless melodic wheel. It pulls at him, calls to him, drawing him into a whirling vortex of music that engulfs his thoughts, his actions . . .
“Drakis! Wake up!”
Drakis, Impress Warrior of the House of Timuran and Leader of the First Octian, shook his head and tried frantically to focus his eyes in the stark light.
The enormous, broad face of ChuKang, Captain of the Timuran Warriors, swam in front of him. ChuKang was a manticoreâa lion-man from the Chaenandrian Steppesâand was therefore forced to bend his towering, eight-foot tall form down to face the human. ChuKang's lips curled back on his flat, fur-covered face as he spoke, exposing his sharp fangs. “Drakis! Do you have the count or not?”
Nine notes . . . Seven notes . . .
Drakis found it hard to catch his breath in the stifling heat of the narrow corridor. The stone hall was barely twenty feet wide and packed shoulder to shoulder and wall to wall with his brother warriors as far as he could see in both directions. Their faces stared back at him, cast in the stark and unnaturally cold light of a number of globe-torches distributed among them. They were mostly made up of towering manticores mixed with nearly an equal number of four-armed chimera and the occasionally emerging face of an impatient Mestophian goblin. Each of their headsâshaved from the top of their foreheads running back to the base of their necksâwas marked with the
sinque
tattoo branding every one of them as the property of House Timuran.
Each warrior-slave knew his placeâjust as Drakis well knew his own. He was the third of eight warriors that made up the First Octian
,
first of the ten Octia that made up House Timuran's eighty-warrior Centurai. Timuran's Centurai had been attached to five more from neighboring Houses on the Imperial Frontier to form the Second Cohort of the Western Provincesâjust short of five hundred warriorsâwhich in turn was united with seven other Impress Cohorts, an additional War-mage Cohort, plus a Warlord Cohort creating the four thousand and eight hundred strong Legion of the West. Three such Legions made up the army grandly named ”Blade of the West,” which was then joined with two other such armiesâ“Emperor's Blade” and “Blade of the Marches”âto fill out the enormous Imperial Army of Conquest.
Over forty-three thousand Impress Warriors bringing their bright-edged steel against the last bastion of Dwarven Mightyâand Drakis was but one among them.
Nine notes spun through his mind, sounding hollow as they fell into a vast, surging sea of blood . . . Five notes singing of his insignificance drowned out by the nine notes that dragged him downward into an abyss of sound. His dying breath made no impression on anyone else at all . . .
“Drakis!” ChuKang roared.
“Captain! I have the count!” Drakis blurted out, his eyes focusing on the captain. “First Octian through Fourth Octian are at full strength with eight warriors each. Seventh Octian has combined with the Sixth and are now reporting seven warriors strong. Eighth and Ninth Octia are also at full strength of eight warriors each. Archers of Octian Dista are answering with four.”
“What about Fifth Octian?” KriChan growled. He was a fierce-looking manticore with a long scar running from just above his right eye across his faceâand also second-in-command of the House Timuran Centurai after ChuKang.
“Fifth Octian does not report,” Drakis answered. He was sweating profusely now. “I think we lost them just before the last fold.”
“Lord Timuran will not be pleased,” KriChan said quietly. “Committing the entire Centurai in this campaign was more of a gamble than an investment . . . and we've yet to garner a single prize.”
ChuKang gave a warning glance at his Second. “Without a prize of honor it might be better if we
all
came back on our shields. We need to get into the fight. Braun! What's taking so long?”