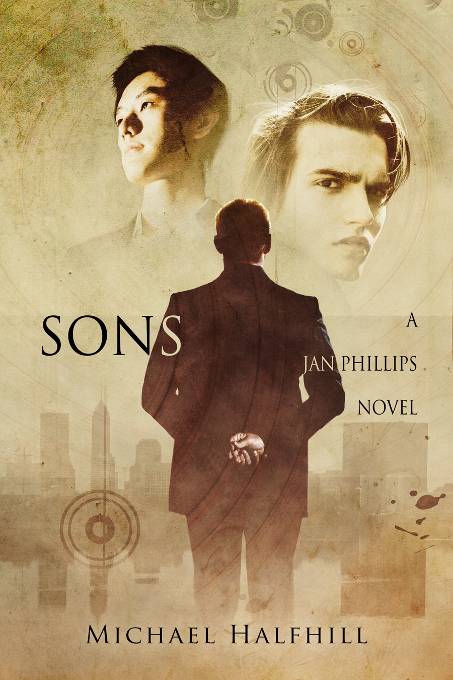 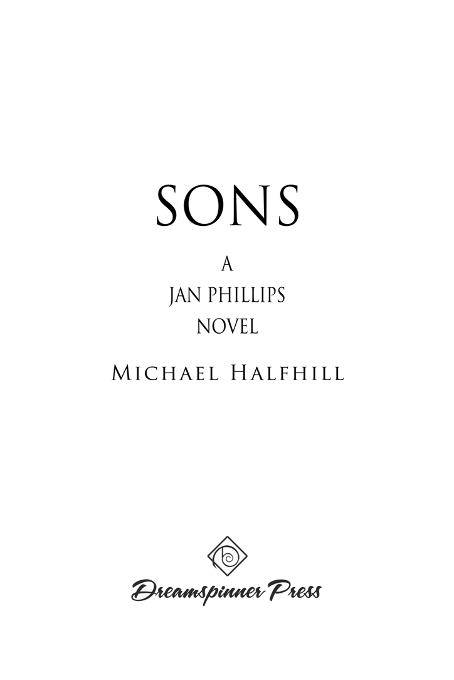 All rights reserved. No part of this book may be reproduced or transmitted in any form or by any means, electronic or mechanical, including photocopying, recording, or by any information storage and retrieval system without the written permission of the Publisher, except where permitted by law. To request permission and all other inquiries, contact Dreamspinner Press, 382 NE 191st Street #88329, Miami, FL 33179-3899, USA
http://www.dreamspinnerpress.com/

Printed in the United States of America
Second Edition
May 2012

In memory of my father

I’d like to acknowledge Margaret Whitfield, Dan Hoxter, and Kathleen Conley-Aydin for their help, with special thanks to Peter Kim, Betty Conley, Ruth Sims, and Tobias Grace.

P
RINCE
P
AULO
DA
S
ARACENA
, Count of Campobasso, rapped his pen on the smooth surface of the round walnut table. “Gentlemen, ladies, please! We have been here for five days, and as lovely as our accommodations are, everyone is anxious to go home. We have one more item to discuss, and that is the emergence of another terrorist group. Please refer to item sixty-three in your agenda.”

Four men and three women comprising the worldwide leadership of The Mundus Society opened their leather-bound folios once again. These seven represented each of the planet’s continents. Combined, they and their membership wielded more influence, wealth, and sheer power than Europe, Asia, and the Americas.

Outside, a passing cloud momentarily blotted out the late afternoon sun’s brilliance, plunging the high-ceilinged room into gloomy gray. Jan glanced at Margarita Corona, Mundus Master of South America, and nodded to the darkened room.

Margarita smiled, arching her eyebrows. “Me too,” she whispered.

The room, a long oak-paneled gallery flanked with heavy beveled glass windows, grew quiet. Against the wall, a narrow case clock ticked away the minutes.

Paulo cocked his head toward Sebastian Faust and said, “Our Master for Africa will report.”

For the past two hours, Sebastian Faust had been looking over Paulo’s shoulder at a short sideboard, in the center of which squatted a decanter of vintage claret. Seven crystal glasses shared the small space.

Sebastian stood to address his colleagues. Clearing his throat, he picked up a glass of water, frowned, and returned it to the table. He looked over his half-rimmed glasses at each one, and said, “I’ll try to be brief.
As you all know, al-Qaida, while most notorious, is not alone in making terror in the world. Well, ladies and gentlemen, we have a new kid on the block. They call themselves al-Qâdi, which means judgment or justice. Make no mistake. They’re every bit as ruthless, resourceful, and dangerous as Bin Laden. We know that al-Qâdi has spread into Europe and parts of Asia—perhaps even the Americas. We know they have linked up with outlaw elements in the former Soviet Union. They gather much of their funds through murder, extortion, slavery, and child exploitation.”

Sebastian paused, eyed once more the carafe and its liquid balm, and continued, “Although our agents are exploring all the places al-Qâdi is likely to use for its bases, we believe that an inner city, or a very remote locale—a rainforest for example—is most probable. Our intelligence also suggests that, due to their close-knit nature, small communities would pose a threat of discovery. Al-Qâdi avoids these.”

Sebastian waited for everyone seated to absorb the information before continuing. “What we suspect, but have not yet confirmed, is al-Qâdi has done what Bin Laden has yet to achieve. We believe they have gotten hold of a small amount of weapons-grade plutonium.”

Sebastian’s disclosure brought the members to their feet in a frenzy of questions.

Dagmar Lintz, Iceland’s Mundus Master, representing the Artic Regions, stood next to Sebastian. Snatching the report from his hand, she ignored the noise around her and read for herself the information and its source.

“My God! Sebastian, if this is true, we have no time to lose. We have to find them!”

Australia’s
Margo Whitefield looked at Jan accusingly. “Did you know about this?” she asked.

Jan plopped back into his chair and stared at his copy of the report. Jan had been North American Master for almost fifteen years and was regarded as the group’s nominal leader.

“Please,” Paulo said, “take your seats. This report is preliminary. We will issue updates as we get them.”

Arata Tsukamoto, Jan’s counterpart in Asia, looked over and mouthed, “This is bad—very bad.”

Jan nodded back and sighed.

Sebastian Faust looked around the room. “There is one more item about al-Qâdi. Bin Laden ordered al-Ansar, in Iraq, to stop the beheading of hostages. It seems al-Qaida feared a public backlash. Al-Qâdi, however, does not share that fear. They have picked up where al-Ansar left off and now hold a Korean man hostage. We know where they are holding him and are attempting his rescue. I can share details of that operation with anyone interested, after the meeting.”

Sebastian turned to da Saracena. “That is all I have.”

“If there are no objections,” Paulo said, “I adjourn this meeting.”

Sebastian headed for the wine.

Jan stood, walked to the windows, and stared out at the boxwood maze below. He tried to blot out the jabber behind him as he hung his head and whispered a silent prayer for the Korean hostage.

“
T
HIS
is BBC World News, and I’m Felicity Fellstone, sitting in for Malcolm Talley.”

Turning a page that lay before her on the shiny glass desk, the newscaster continued, “
Al Jazeera
television today aired a film of what it said was a Korean hostage taken by yet another terrorist group, calling itself al-Qâdi. The Korean man, twenty-year-old Soo Kwon, worked for Save the Children, an arm of the Christian Children’s Foundation, when armed men took him from the parking lot of his hotel in Mosul. The kidnappers threatened to behead Mr. Kwon unless the South Korean government announces an immediate withdrawal of its presence in the Middle East. We advise viewers, these scenes are graphic.”

A moment later, a scene all too familiar appeared on the screen. A terrified young man, flanked by masked men armed with assault rifles, stood shaking and sobbing. Behind them, a black banner proclaiming Death to Infidels and Glory to Martyrs stretched across a blood-spattered wall.

A sober Felicity returned to the screen and said, “The South Korean government rejected al-Qâdi’s demands, insisting it would not be held for ransom by terrorists. A spokesperson for the South Korean government went on to say that Mr. Kwon is not affiliated with Korea’s military presence in the region, which consists of hospital support for the civilian population. As of this date, efforts to locate Mr. Kwon or contact his captors have failed.

“Moving on to other news, Buckingham Palace announced today….”

J
AN
P
HILLIPS
and his estate manager, Kevin Andrews, sat wrapped in wool blankets on the terrace of the Chateau Coeur d’Alène. A pale morning sun struggled to burn away the night’s shade as they sipped their coffee. Beyond the marble balustrade, the broad expanse of dull green lawn, flanked by rows of naked beech trees, stretched far into the lingering morning mist.

Kevin eyed his boss a long moment and then asked, “Did you see the video al Jazeera aired last night?”

“Mundus tried. We were too late. You saw the video on TV. They never intended to let him go. He was dead the minute they took him. These killings have become a blood sport.”

“When you’re calm, you can focus your energy. When you’re not, you end up running in circles.”

Jan looked over at Kevin.

Kevin shivered at the thought of the young Korean begging for his life minutes before his head was pulled back, exposing his throat to the knife.

“Isn’t it kind of cold out here?” Kevin said, trying to mask the real reason for his discomfort.

“Think of it as self mortification. Besides, it’ll never hurt you,” Jan mumbled, his mind wandering far away, back to a sunny autumn day, the day Tim Morris first brought him to the chateau. Suddenly, the phone rang, jarring him from guilty memories of Tim. Jan had behaved badly on that first day. Tim tried hard to please him by showing his exclusive private world of wealth and privilege—wealth and privilege that one day would be his. All Jan did was to retreat into sullen anger. Overwhelmed, he was reluctant, unsure of his budding gay sexuality, and scared stiff by the real chance that Tim just might get him killed.

Critical Strike (The Critical Series Book 3) by Wearmouth, Barnes, Darren Wearmouth, Colin F. Barnes
Half Life by Hal Clement
08 Illusion by Frank Peretti
Miss Mabel's School for Girls by Katie Cross
Krewe of Hunters The Evil Inside 4 by Heather Graham
Once Was: Book One of the Asylum Trilogy by Miya Kressin
Silk Stalkings by Kelli Scott
Wrapped in Flame by Caitlyn Willows
Title Wave by Lorna Barrett
WHY I WRITE: ESSAYS BY SAADAT HASAN MANTO by AAKAR PATEL