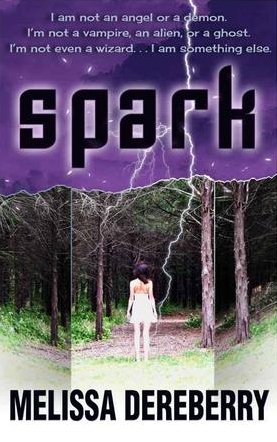 This is a work of fiction. Any resemblance of characters to actual persons, living or dead, is purely coincidental.  The author holds exclusive rights to this work. Unauthorized duplication is prohibited.

For Joseph and Abby

My warmest appreciation and thanks go out to the following individuals:  Sara Bowers, who talked me through the initial idea for this book; Maegan Arthur, who was my first reader and gave much needed wisdom in the young adult/teen genre; my editor Maggie Singleton, who was simply amazing to work with; Blue Bomb Design (bluebombdesign.com), who created my cover and website; Andrea and her beautiful daughter, Avery, who was my cover model; my Facebook friends and family who have supported me all the way through the painstaking process of writing this book; and to my family, who have endured the insanity of life with a writer in their midst, and have offered their gracious support.

Everything complicated begins with something simple, some boring thing that you do every day of your life—like waking up.  In those few seconds between dreaming and reality, nothing really happens and anything is possible.  You are at zero, the least complicated number, the one that will never—no matter how much you add or subtract—have a measurable effect. It’s a calm place, a safe place.  Zero is the feeling of being buried under a warm, fuzzy blanket on a cold morning—a good place that never lasts.  You have to wake up.  You have to leave the warm comfy spot.  It’s required.  And it’s all uphill from there.

I awoke.  I instinctively tried to raise my head (which, incidentally, felt like a block of cement attached to my neck) to figure out where I was.  I wanted to reach up and rub my eyes so I could see better, but my hand felt too heavy for some reason, like a weight was strapped to my arm.  What day was it?

Then I remembered.  It was the day after my birthday.  Yesterday I was at my 13
th
birthday party.

My head was full of dull, throbbing pain; but I tried to lift it anyway, noticing that there were three fuzzy people, two of them in dark clothes in front of me—two men and one woman.  One of the dark shirts seemed to nod his head, like he pretty much expected me to say what I was about to say.

“Where am I?”  The words stuck in my throat like dry bread.  I tried to cough them out and the result was the same.  My voice wasn’t mine.  It sounded far away and distorted, like some baby or alien had taken over my body. I pictured what the words would look like if written on a piece of paper and tried to form my mouth into the words again.  Nothing.  I dropped my head on the pillow and groaned.  A clock was ticking somewhere, distant beeps.  Organized, deliberate sounds.  Meanwhile, my mind was haywire.

I heard my mom’s voice first, a little gasp of air, her feet shuffling on the floor.  “Tess!”

She leaned over me and I could smell her perfume—a mix between a rose and a cantaloupe—in other words, not exactly pleasant.  I closed my eyes and opened them again ever-so-slightly, a sliver.  And there she was, my mom, in a deep purple blouse.  But she looked different.  Her hair was long for one thing and sort of brownish-gray.  My mom didn’t have long hair.  It wasn’t gray either.  Her hair was short and red.  “Mom?”

The long hair bobbed up and down, the purple shirt made swishing sounds.  “Tess, you’re awake!”

“Where am I?”  I started to lift my head again and gave up, letting it once again fall to the pillow.  Why was it so hard to speak?  This could get severely annoying, fast.

“Shh—don’t try to talk.”  My mom—or a strange person who suspiciously resembled my mom—touched my shoulder, squeezed it.

“Mom?”  I said again.
Could someone please confirm this was the woman who gave birth to me?

“Shh.”  She said again.
Why was it such a big deal if I talked?
Bracelets jingled and I noticed the ring on her left hand, an oval diamond with sapphires on either side, two each.  It was my mom’s ring.  “Mom.”

She stepped away from me and I tried to lift my hand again, but it was too heavy, so I just took a deep breath instead, and said, “Will someone tell me where I am?”

The other dark shirt appeared, sobbing.
Dad.
“Tess, I can’t believe it.  It’s really you.”

Can’t believe what?  What do you mean it’s really me?  I just talked to you last night.

He furrowed his brow, didn’t understand me.  There were words coming out of my mouth, but he didn’t know a single one.

My dad bit his lip, ran his fingers through his hair, which looked white
r
than I thought it was.  He looked at me, square in the eyes, and sort of wobbled on his feet, like he might pass out, right there in front of me—an overgrown bobblehead.  “Tess?”

I started to sit up, but my head felt like a hammer had come out of nowhere and pounded me.  “Dad, I was—”

“Shh—”
Why do they keep doing that?

A man in a white coat—mysterious figure number three—suddenly appeared beside my bed.  He adjusted his glasses and put his face literally one inch from mine.  “Tess, I’m Dr. Novak.  Can you see me?”  His eyes were enormous, way too big for a normal person.  His face was an orange-brown color, like a burnt sweet potato, and his teeth were so white I swear they could probably glow in the dark.  This was no doctor.  This was a cartoon.  I felt like laughing, but I was afraid to, with Cartoon Man staring me down and everyone else shushing me every five seconds.

Of course, I can see you.  Why wouldn’t I be able to see you?  Can
you
see me?
I almost laughed out loud on that one.  Suddenly it occurred to me that I might be dreaming, or maybe
they
were dreaming.  It was like we were all trying to figure out who was real, like one of those scenes from an old western where someone pulls a gun, points it and three or four others do the same thing and they’re all just standing there locked and loaded—a standoff.  Four people in a crazy matrix.  So, I made the first move.  I reached out and grabbed Cartoon Man’s arm, clamped on like I would on the bar of a roller coaster, about to free fall the highest drop ever recorded in amusement park history.

The doctor retrieved his arm with a slight gasp and stepped back, then cranked the bed into a sitting position and whipped out a pen from his pocket, jabbing it right next to my eye.  Whoa.  Bright light.  Not a pen after all. Pretty cool trick, I must say.

More poking and prodding ensued, more
sshsh
-ing, and more tears.  Finally, the test was over and my parents sat on either side of me.  Mom was tearing a tissue with pink lipstick stains to shreds, and Dad was drumming his fingers on my bed in a pattern that was reminiscent of the William Tell Overture.  I wished he would stop.  It was really annoying.  I sat propped on a pillow, looking left to right, up and down.  Light green walls, a tall bed.  Rails.  A TV—on the ceiling.

It turns out there is way more to this story than I thought.  “What happened to me?”  I blurted out.  Because that’s where stories start… with the important questions.

Dad cleared his throat, but it was Mom who spoke.  “Tess, I want you to know how much we love you.”

What?
I was getting more frustrated by the minute.  I hated when my parents got all mushy, partly because it embarrassed me—even though I’d never admit it.  “Yeah, so…”

Dad bobbed his head up and down very slowly, as if trying to figure out how the bones in his spine worked, a robot turned human.  I felt a little snicker coming on, he looked so funny.  But I finally figured out.  He was just thinking about what to say.  “Tess, there was an accident.  There was a storm …”

Mom whimpered a tiny bit, but covered her mouth to try and muffle it.  The doctor slipped out and I saw the white collar of a nurse’s uniform in the little rectangular window of the door, like she was waiting for the right time to come in.  She was looking at the floor.

Am I dead or something?  Oh, man.  I am freaking out big time.  That’s it.  I’m a stinking ghost.  A headache on top of an impossibility of physics.  Great.  My day just went from bad to worse.

Why didn’t they just come out and say it already?  “What, did I hit my head or something?”  I asked, a little sarcastically.

“Yes, you actually did.” Dad said finally.  “Four years ago.”

And just like that, I was back at square zero.

No big deal, I thought.  I had to have some sort of surgery or something.  I’m just waking up from it, that’s all.  Momentary memory lapse.
“So?”  I said.

Dad crunched up his mouth like he was eating ice cubes.  “You were seriously injured in the storm,” he said slowly, choosing his words very carefully.  “And you’ve been here ever since.”

Mom brought me a glass of something wet and cold and I drank the whole thing.  My voice was coming back, slowly.

Dad swallowed hard.  “Tess, you’ve been in a coma for the last four years.”

A coma for four years?  Who does that?  Well, that sucks.  What do you say to that, really?
I had nothing.

Mom started sobbing and put her head on my shoulder.  She just kept saying she was sorry, over and over.
Why are you sorry?  You didn’t do anything.
And my dad, like he could read my mind, went over and patted her on the back.  And all of a sudden, I just started crying, partly because I was supposed to (that’s just what you do in a situation like that), partly because all I could think about was how I could really use a friend right now.
I could really use Dani
.  But when I thought about Dani, I couldn’t picture her face.  I couldn’t remember what she looked like at all.  Come to think of it, I couldn’t remember one darn thing about her, except that I knew she was my best friend.
How messed up is that?  Were parts of my brain just erased?

So I decided to ask, “Did I lose my memory?”

Mom stopped crying immediately, like someone had flipped her switch.  She jerked her head up and said, “What?”

Mom, as if on cue, started crying again, too.  Dad just rubbed her back methodically; shaking his head again like it was the only logical thing to do.  They were like programmed or something.  Like this whole hospital scene had been rehearsed.

“What the heck is a coma anyway?”

My dad cleared his throat.  “Well, it’s sort of like being asleep, but you don’t wake up.  Believe me, we tried.  We tried everything, every day.  But you never opened your eyes, not even once, until today.  You would just twitch sometimes.  That’s it.”

“So what about my brain?  Is everything still, um…
normal
in there?”

“As far as we know.  The doctor still needs to do some evaluating.”

“Evaluating.  So it may not be normal?”