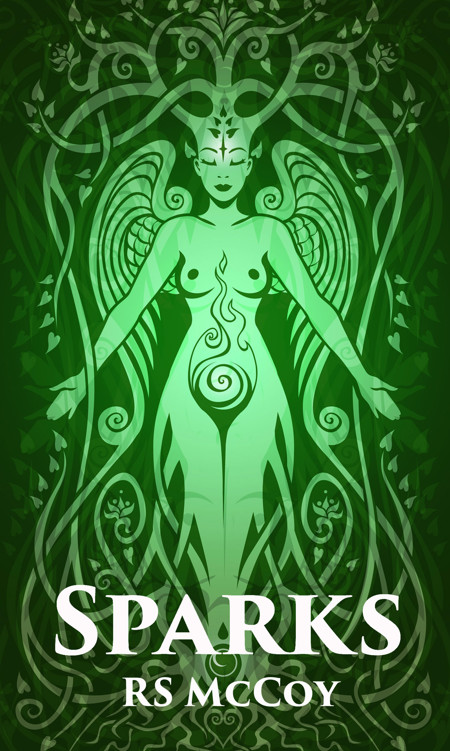 This book is a work of fiction. Names, characters, places, events and incidents are either the product of the author’s imagination or used fictitiously. Any resemblance to actual persons, living or dead, is purely coincidental.

All rights reserved. Except as permitted by the U.S. Copyright Act of 1976, no part of this publication may be reproduced, distributed, or transmitted in any form or by any means, or stored in a database, retrieval system, or torrent web service, without the prior written permission of the author. 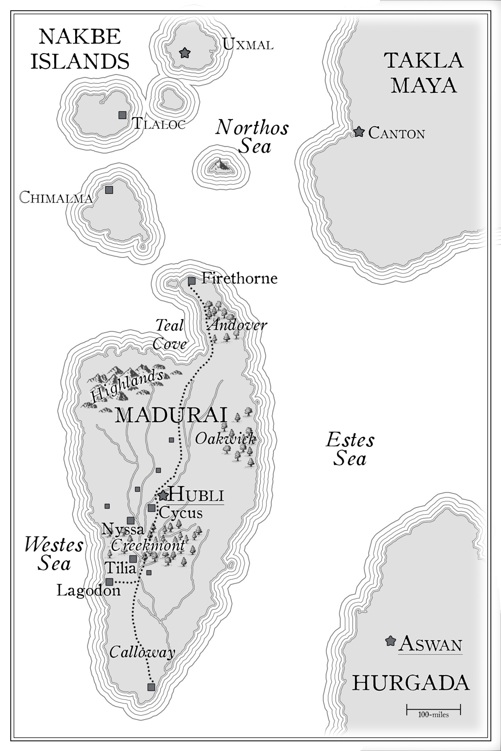 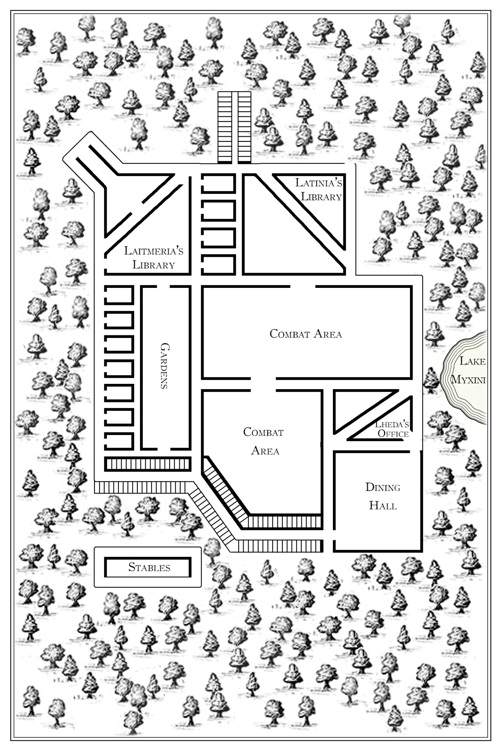 The goose fell instantly, my homemade arrow sunk perfectly through its speckled neck. It was a good-sized bird for this side of the Creekmont and I could already taste the savory meat on my lips. It would be my first bird in weeks. As I took off towards home, I leaned down to scoop up the carcass where it fell. I pulled the arrow, wiped it on the knife rag that hung from my pocket, and slid it back into my quiver.
Never waste.

The morning air was cool for that early in autumn, but the mists hadn’t started to creep in from over the water. We would have a few weeks left before the snows came. My boots sank into the muddy streets of Lagodon, and I had to dodge a cart of fresh catch as I made my way to the dilapidated hovel we called home. Lagodon was a fishing village off the Western Coast, with only a hundred occupants, all poor, and all reliant on access to the Westes Sea.

Without the ships in the harbor, we had no hope of surviving. The rock-hard ground provided scarcely any crops and the Creekmont was nearly picked clean. I wasn’t the only one who tracked game in those empty woods, with hopes to stay alive just a little longer. Even my skills weren’t enough to guarantee a kill every time.

The lessons my father had taught me on how to hunt, in addition to the bow I’d crafted, helped to feed us–if only a little. The occasional goose or rabbit would taste like heaven after weeks of only fish. Despite our proximity to the sea, I felt no particular affinity to it compared to the forest. I spent as little time fishing as possible and much preferred hunting in the trees that bordered the eastern side of the village.

As I moved through the village, I thought of how the pebbles beneath my feet, the bow at my back, and the catch in my hand made the world seem less grim than it had been lately. It was the first time I had gone out hunting in weeks, and I hadn’t exactly asked permission. Since my mother fell ill, my father had become consumed with despair and refused to let me out of the house for fear I, too, would fall ill.

It was the only home I’d ever known, with weeds grown around haphazardly through the depressed boards of the porch. The moisture caused the wood to rot, pulling each step closer towards the ground and providing a plentiful mildew odor to the air. After weeks of living inside, I simply needed to get out and feel the crunch of the leaves under my feet again.

I finally decided I‘d had enough and left early that morning with nothing but my bow and quiver and a light jacket. As I made my way home, I questioned what Father’s reaction would be and hoped the goose in my hands would be enough to make him forget his anger.

“Lark Davies.” My father’s deep, strained voice called out as I turned onto our street. He stood in the doorway with his shoulders drooped, his grey eyes aching. A dark beard covered most of what I knew would be his stern-set mouth, and I noticed for the first time how old he looked. The hairs around his mouth had begun to lighten with age and his cheeks were sunken with hunger. He had never been large–really no one in the village had–but never had he looked so frail.

“I know.” He was angry; I could sense it. Anger was one of the easier ones, and so, more than his facial features, or his tone of voice, I sensed how he felt, heard his thoughts in my head. As far as I knew, I was the only one.

Beside his anger was fear and what felt like guilt.
What would make him feel guilty?
Father’s thoughts were easier to sense than others. Maybe it was because we spent so much time together. But at the moment, they weren’t clear enough for me to grasp, so I walked through the door and began to clean the speckled feathers from the bird, placing them in a pile so I could make new arrows that afternoon.
Never waste.

“How is she today?” I asked, hoping Mother was well enough to relieve some of his grief. Forced to watch her slow death, he had started to wear down. Dark rings had formed beneath his eyes, and he had lost a good bit of weight in the last few weeks.

“She’s better. The fever is down some, so there’s hope.”
He’s lying.
He wanted to protect me from her inevitable fate, the same fate that felled dozens of villagers in the last few weeks. When the
Sails of Madurai
arrived at port over a month ago, they carried a sickness that spread through Lagodon–like fire to straw. Some caught it, while others had not. I knew her condition must be bad if he would go to such lengths to hide it from me.

Mother was a kind woman and quiet like Father. In fact, we were all quiet, and had been for as long as I could remember. Mother worked as a seamstress, and she‘d made every piece of clothing I owned out of spare bits of fabric. I thought of the few times I’d ever seen her with her hair down and how she preferred to keep it in a bun. She was one of the most intuitive people I had ever known, always aware of my feelings before I had a chance to voice them. I loved her unendingly.

It was hard to think that I would never see her again. Her body was still there, lying in bed, but her face had twisted as her muscles became locked from sickness. She refused to eat–or maybe she couldn’t–and Father barely been able to get her to even drink water.
It won’t be much longer.
I would never see her bake bread or sew clothes or hear any of the few stories she had. All I could do was try to hold onto the details. My mother was gone; all that remained was empty.

Of course, there
was
a cure: a tea made from the exotic Lightfish flower from the Nakbe Islands far to the North. Too many had become ill, though, and it was rarer and more expensive than it had ever been before. Father and I could do nothing to earn the money we needed for the medication. As of yet, no one had survived without it.

“Lark, I want to give you something.” I set down the goose and wiped my hands, unsure what had caused his thoughts to turn to his ring. A strange mixture of emotions was attached to the ring and I couldn’t isolate why he wanted to give it to me. I had only observed the thoughts of others for about a year, and it seemed like there was still so much I didn’t know.

He pulled the copper ring from his shirt pocket and laid it in my palm. It had been his father’s, and his father’s before him, and all the way back through the generations. The metal was carved with an intricate design, and the image of a hawk stamped onto the top: the symbol of our family. It was worth less than a loaf of bread despite being so personally valuable to him. He’d never worn it as long as I could remember. Copper was so easy to come by; it was iron that was the real precious metal.

“You know what this is?” Father asked, but I only nodded, still unsure of the situation. His lips quivered and his eyes stayed on the ring–though he seemed to look through it rather than at it.

Again, the strange emotions welled up within him and I wondered what had changed. Had he drowned so long in his grief over my mother that he’d begun to truly lose his mind? The prospect of losing him, even in part, was one that brought tears to my eyes and I struggled to blink them away.

“You keep it with you–always. Don’t ever forget who you are.” It was the type of thing I imagined fathers would say to their sons before they went off to war, but we hadn’t had one of those in more than forty years.

“Come on. We’re going to the square,” he said and stood suddenly. I had been so distracted by the ring in my hand and what it could mean that I didn’t paid attention to his thoughts until he spoke aloud.

“I know what I said. Get your things.” I didn’t know what things he meant or where we were going. All I could do was put the ring in my pocket and follow him out the door. He wasn’t going to tell me what was happening, and his thoughts were too confusing to give me a good idea. I was just going to have to wait. My bow, quiver, and the knife at my hip kept me company while we walked down the muddy streets.

To my knowledge there weren’t any festivals at that time of year, but a large amount of people had flooded into the village square; flashes of their thoughts burst into my head and I suddenly remembered why I hated going there. Fisherman huddled around, the air smelling like halibut and menhaden. A baker tried to sell bread, though we all knew it was rough and flat; yeast was hard to come by on our side of the world. Skinny children with muddied faces and tattered clothing darted through the crowd amidst shouts from the shop-owners.

My father placed his hand at my shoulder as we approached, and I was reminded of how little I had grown in the last few years. Technically, I could find a girl and get married next season; the law allowed a man and woman with fifteen summers each to be married. But I hadn’t had much time for girls, and I certainly didn’t need the stress of another mouth to feed.

As we pressed farther into the square, the thoughts of the villagers began to blur together until I struggled to concentrate on anything else. They were clear enough individually, yet impossible to identify when they were all so close.

You think that’s really him? I wonder if he’ll take anyone. Can he really do what they say? I am so sorry son.

It was only a moment before I realized the last thought radiated loudly from my father. Just then, a gap between villagers revealed a glimpse of a man I had never seen before.

Stopping short, my father pulled me directly in front of him and rested his hands on my shoulders. I searched his mind for the identity of the strange man, but his thoughts still spiraled out of control.

He was taller than the average Lagodonian man, and he wore traveler’s clothes–though that didn’t hide their fine quality. The skin of his face was rough beneath his dark beard, and a low-brimmed hat shadowed his eyes as he scanned the crowd. In an instant, his gaze caught mine and he began to slowly draw closer.
What does he want?