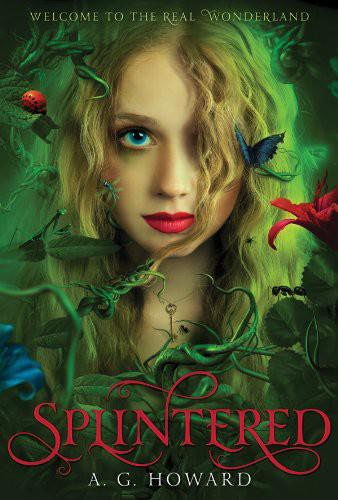 This is an advance, uncorrected proof. Not for resale. Please do not quote without comparision with the finished book. 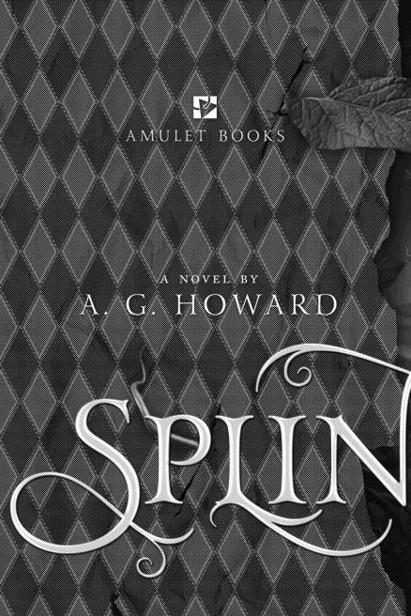 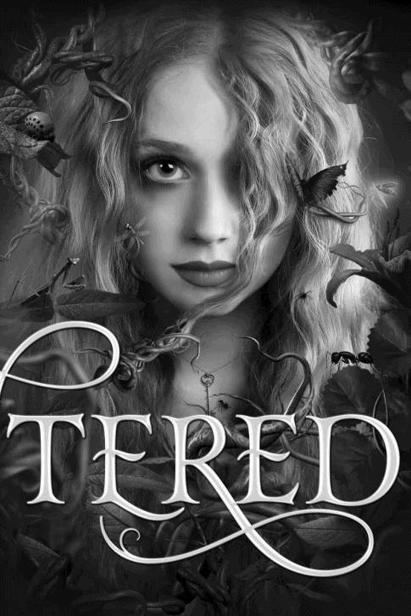 PUBLISHER’S NOTE: This is a work of fiction. Names, characters, places, and incidents are either the product of the author’s imagination or are used fictitiously, and any resemblance to actual persons, living or dead, business establishments, events, or locales

Howard, A. G. (Anita G.)
Splintered / by A.G. Howard.
p. cm.
Summary: A descendant of the inspiration for Alice’s Adventures in Wonderland, sixteen-year-old Alyssa Gardner fears she is mentally ill like her mother until she finds that Wonderland is real and, if she passes a series of tests to fix Alice’s mistakes, she may save her family from their curse.
ISBN 978-1-4197-0428-4 (hardback)
[1. Supernatural—Fiction. 2. Characters in literature—Fiction. 3. Blessing and cursing—Fiction. 4. Mental illness—Fiction. 5. Mothers and Daughters—Fiction. 6. Hargreaves, Alice Pleasance Liddell, 1852–1934—Fiction.] I. Title. PZ7.H83222Spl 2013
[Fic]—dc23
2012011538

Published in 2012 by Amulet Books, an imprint of ABRAMS. All rights reserved. No portion of this book may be reproduced, stored in a retrieval system, or transmitted in any form or by any means, mechanical, electronic, photocopying, recording, or otherwise, without written permission from the publisher.

Amulet Books are available at special discounts when purchased in quantity for premiums and promotions as well as fundraising or educational use. Special editions can also be created to specification. For details, contact [email protected] or the address below.

h
..I..
i
To my husband and real-life hero, Vince, and to my two wonderful children, Nicole and Ryan. You embraced my dream as if it were your own and gave me the courage to keep flying until I grasped that beautiful shooting star.
h
..I..
i

I’ve been collecting bugs since I was ten; it’s the only way I can stop their whispers. Sticking a pin through the gut of an insect shuts it up pretty quick.

Some of my victims line the walls in shadow boxes, while others get sorted into mason jars and placed on a bookshelf for later use. Crickets, beetles, spiders . . . bees and butterflies. I’m not picky. Once they get chatty, they’re fair game.

They’re easy enough to capture. All you need is a sealed plastic bucket filled with Kitty Litter and a few banana peels sprinkled in. Drill a hole in the lid, slide in a PVC pipe, and you have a bug snare. The fruit peels attract them, the lid traps them, and the ammonia from the litter smothers and preserves them.

The bugs don’t die in vain. I use them in my art, arranging their corpses into outlines and shapes. Dried flowers, leaves, and glass pieces add color and texture to the patterns formed on plaster backgrounds. These are my masterpieces . . . my morbid mosaics.

School let out at noon today for the upperclassmen. I’ve been passing the last hour working on my newest project. A jar of spiders sits among the art tools cluttering my desk.

The sweet scent of goldenrod breezes through my bedroom window. There’s a field of herbs next door to my duplex, attracting a genus of crab spider that changes color—like eight-legged chameleons—in order to move undetected among the yellow or white blooms.

Twisting off the jar’s lid, I dip out thirty-five of the small white arachnids with long tweezers, careful not to squish their abdomens or break their legs. With tiny straight pins, I secure them onto a blacktinted plaster background already covered with beetles selected for their iridescent night-sky sheen. What I’m envisioning isn’t a typical spatter of stars; it’s a constellation that coils like feathery bolts of lightning. I have hundreds of warped scenes like this filling my head and no idea where they came from. My mosaics are the only way to get them out.

Leaning back in my chair, I study the piece. Once the plaster dries, the insects will be permanently in place, so if any adjustments need to be made, it has to be done quickly.

Glancing at the digital clock beside my bed, I tap my bottom lip. I have less than two hours before I have to meet Dad at the asylum. It’s been a Friday tradition ever since kindergarten, to get chocolate-cheesecake ice cream at the Scoopin’ Stop and take it to share with Alison.

Brain freeze and a frozen heart are not my idea of fun, but Dad insists it’s therapy for all of us. Maybe he thinks by seeing my mom, by sitting where I might one day live, I’ll somehow beat the odds.