Star Raiders and the Lost Expidition 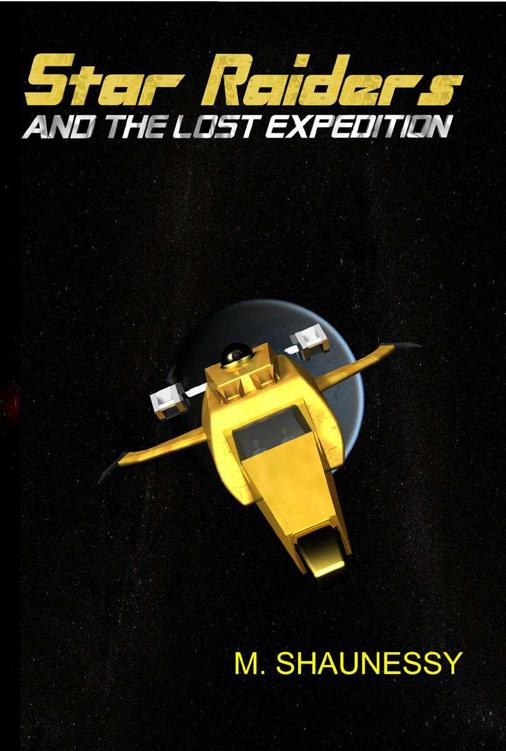 And The Lost Expedition

“
The beginning of knowledge is the discovery

of something we do not understand.”

December 21st, 2012, most humans will not forget that date. The Earth changed the day. Most people believed it was the end of the world, some knew it was a beginning of a new world. Scientists of that day knew that the Earth would align itself with the center of the galaxy. Nobody knew what would happen. The human race saw the sun for the last time that day. The atmosphere changed. It grew colder as huge blizzards covered the planet and the second ice age began. More than seventy percent of the human population did not survive the harsh cold, but most of them, scientists, did survive. Living in underground bunkers, to protect themselves, they needed to study what was going on outside. Ten long years has passed as the storms finally calmed, the scientists resurfaced only to see a new world.

They explored the icy world they once knew, to see if they could find other survivors, but they found something they did not expect. However, something different also happened on that day. The animals, they began to evolve. The Scientists were astonished that they look almost human-like. They figured it must have happened on December 21st ten years ago. They concluded that there was a strong energy force. It must have emitted from the center of the Milky Way that affected the animals. When they first met them, most of them did not understand our language. The scientists then classified them as Animuns. When the Ice and snow finally melted, it was then, that they must work with the Animuns to rebuild what Mother Nature has destroyed.

The Animuns and the humans began to live with each other for decades to come. The Owl Avitons, a highly genius race from the Animuns, helped NASA to create a spacecraft to fly at light speeds. They have also discovered Hyper Flight from this. According to the top Avitons scientist, Hyper Flight consisted of magnetization pull from and to a center of a star. They discovered a new crystal called Neoxite that was on Saturn. Its properties multiplied the magnetization ten times its power. It had seems that the entire planet was made from it. The Avitons also designed a force shield so powerful that cannot crush the hull. That way ships can now enter the dense atmosphere of Saturn and create a mining colony. Once they introduced, Hyper Flight, colonization had begun throughout the Solar System and the Milky Way.

A hundred a fifty years has passed since the second ice age had began and a Lizzian explorer, Uno Pu’do, climbed into his one manned star ship, The
Magellan II
, to begin his historic journey into the center of the Galaxy. Jonathan Tippin, his colleague theorized, that there must be significant unlimited energy there to power a planet for generations to come. Energy that was powerful enough to evolve the animal kingdom, especially when energy supply on earth was critically low at that time.

Uno piloted his ship at the right angle, held his breath as a voice entered his ear.

“
I will John. And I will say the same to you and your wife,” Uno replied, “I hope your baby will be healthy and smart as you.”

John laughed, “Thanks I will, talk to you in four days. That should be enough time for you get to that energy force.”

He then pressed the Hyper Flight button and his ship disappeared, headed towards the center of the galaxy.

Just as John predicted, Uno came out of Hyper Flight only to have his scanning instruments malfunctioning. Alarm bells rang throughout the little ship as Uno tried to find out what was causing it. He pressed numerous buttons, but nothing worked. He then started his audio transmission to Earth.

“
Attention, Columbia. Something is interfering with my instruments and I do not know how long I will be able to transmit this message, but, what the….” He paused as he saw something amazing in his port window. Then the ship’s light started to flicker as he continued. “This expedition has failed, the energy it’s draining my ship’s power. Whatever it is, its heaven and hell, and…”

That was last anyone has heard from him. The WSA (World Space Association, formally NASA) has sent rescue ships, but never returned. It was then, decided by the WSA Counsel to ban space travel through the center of the galaxy.

The energy source that first emitted from the center of the Milky Way, and continued to emit outside our galaxy only to find another was interested in it. Hundreds of space station was designated throughout the galaxy to help probe unknown regions. One station in particular, near the edge of the galaxy outside of the Zeta Aquilae System, named
Discovery Station 812
, the scientist’s there had a job to probe the infinite space beyond the Milky Way, but one Earth day, a signal was sent back.

Four personals were on hand that day doing routine work. Two humans; a man and a woman, and two Animuns; a female Fawnis, and a male Orcian were surveying the outer rim. They have been sending out probes to find, more planets or life, but what they got was something else. It appeared on Janis’s screen, the Fawnis, but before she could react and tell her colleagues the station was no more. Something destroyed it, atomized into tiny pieces as it scattered everywhere. There floated by five enormous ships shrouded in darkness.

At the communication and scanning center located on the small planet Pluto, they have been trying to reach Discovery Station 812 for a daily update, but they were unsuccessful. This bothered them, and it was unusual. They usually do hear from them from time to time and they always keep their communication line open. Something was wrong, one of the employee in charge thought. That was until scanning personnel picked up something huge. It was five unidentified ships. At first, they thought that they were a new life form, from the unknown region of the galaxy. They have tried to communicate with them through DR a.k.a. Digital Radio, but the Alien ships did not respond. They did not even stop. They kept on moving. It seemed that their primary target was somewhere in the center of the Solar System. They have continued to communicate them throughout all channels, they even warned them, but they did not stop instead a group of tiny fighters ships emerged from one of the huge star cruiser and attacked the planet-based station. The station did not have time to react as in minuets it was gone.

Five years, since he last heard from his friend Uno, Jonathan continued to find unlimited energy source. He had a theory back in college to use Hydrogen and heated thermal coils. He had sent this theory to WSA and it was instantly accepted. Now he walked down the halls of the new WSA research lab at the Bush Center in Illinois. As he was walking towards the cafeteria, his Vidphone beeped. He knew it could be only one person, Samantha, his wife. They have been married for a several years now and have a little Five-year-old son, Michael.

He answered it and grinned, “Hello?”

“
Hi hon.,” the image pop up and he saw her beautiful blond wife smiling at him.

She replied with the same tone, “Not much I was wondering when you would be home for dinner?”

“
I don’t know, probably around six or so, depending if,” just before he could finish his sentence, a green-scaled Lizzian scientist ran up to him.

“
John, John!” He cried worriedly, “You must come, the coils are overheating again!”

Jonathan looked to his Lizzian friend and said to him disappointedly covering the screen on the Vidphone, “Not again, look just shut down the coils and I’ll be there as soon as possible.” The Lizzian nodded and hurried back to work as John looked back to the screen again, “I could be a little late. If I am not home by seven, just leave the plate by the solar heater.”

She sighed and said, “Alright, you know you could spend more time with us than that uh whatchamacalit?”

“
Hydro Helium Coils, and I am sorry,” He replied, “Look I’ll tell you what, as sooner as I am done perfecting it, we will go to New Jersey and visit Mars Park or something, just the three of us.”

“
Ok,” she said and Jonathan saw her smile through the screen.

He switched off the Vidphone and quickly headed to the experimental research lab. He knew that she would understand and that is one of the reasons that he loved her. When he first met her, they were both in college. Sam majored in psychology as he was in physics. He remembered what happened. It was cold winter morn and he was late for class, until he accidentally bumped in to her. At that time, she was a beautiful slender blonde-haired person about a few inches shorter than John was. He immediately had fallen in love with her. Once he gotten to the huge room he saw the humongous coil immersing in a bright red. He hurried over to the controls as the buzzing alarm filled the room.

“
Ganu quick, open the liquid nitrogen chamber,” he said to his Lizzian colleague, “But do it slowly, we don’t want to break the coil.”

Ganu acknowledged. He turned a knob on the panel. John pressed a few buttons trying to reduce the temperature but it was no use. It seemed that it was stuck at a temperature of 1200 degrees. He then heard a hissing sound as the liquid nitrogen poured on the intense coil. He then saw steam rise from the top of it and hoped that it will not break.

“
A little more,” he said as Ganu tuned the knob just slightly, maybe a decimal or two. The nitrogen continued to sizzle on the coil as John saw that the temperature was finally was dropping. They waited for a few more minutes as John saw on the computer screen the meter dropped to the yellow zone and they knew that they were safe. They waited five minutes more, and then the meter dropped again to green. They both sighed in relief. If that coil broke, it would have destroyed the entire room, engulfing them in flames.

“
I am sorry that it didn’t work as the way you planned,” Ganu said as he walked over to him.

John replied, “It’s ok Ganu, even Thomas Edison tried over a hundred times before he perfected the light bulb.”

Suddenly another human rushed in. John knew him as Dr, Daryl Jones. He was a taller man than John was and a little darker. Ganu and John looked at him as they saw a scarce expression on his face and knew it was not good news.

Daryl hurried over to the computer screen, tapped in a few buttons and they were immediately watching a local news channel. They saw a blond newscaster sitting behind a desk reading from a teleprompter.