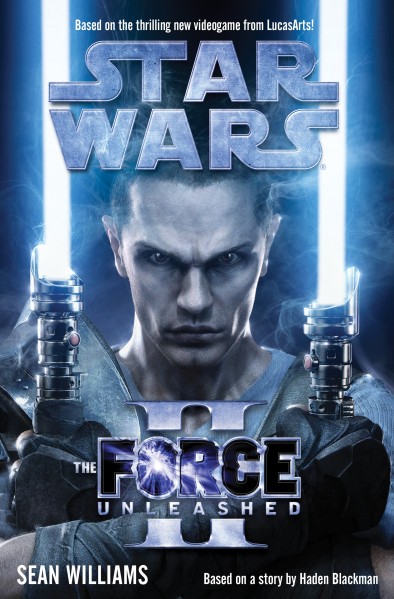 With thanks to Haden, Brett, Sue, Frank, Leland, David, Shelly, Evan, the Mount Lawley Mafia, and my wonderful wife, Amanda, as always.

Juno Eclipse stood with her hands behind her hack and stared down at Cato Neimoidia. From the bridge of the Salvation, the densely forested world shone a brilliant green against the star-dusted black, and she was keenly reminded of other forest worlds she had visited during her career as an Imperial pilot.

Callos was the first. There she had obeyed orders that had resulted in the death of the entire planet’s biosphere.

Felucia was next, and that world, too, had been left poisoned in her wake.

Kashyyyk, the last and most difficult to recall, had not been damaged at all. In fact, the prospects for its forests’ continued survival had taken a sharp turn for the better following the destruction of the skyhook that had threatened to enslave every last Wookiee and to ensure the planet remained part of the Empire forever. The resolution made in the ruins of a jungle hut, where a handful of people had vowed to rebel against the Emperor and free the galaxy’s tormented trillions, was bound to help, too.

Given luck, then, the forests of Kashyyyk would survive, but Juno remembered wondering how she herself possibly could. The pain she felt had been too great, the sense of loss too deep. Every living thing reminded her of the part of her that had unexpectedly wakened within her and then died just as suddenly. Her heart beat with a heaviness that hadn’t been there before-not even when she’d been held captive for months in the Empirical, expecting to be executed at any moment.

Sometimes she woke in the night, still feeling his lips against hers. They had kissed just once, but the memory of it was burned in her brain. He had died, and she lived on. It had taken a year before she finally felt as though she might be over him. So why was she letting a bunch of trees bother her now?

She told herself to get it together. Juno Eclipse had bigger things to worry about.

“Excuse me, Captain, ” barked a voice at her elbow. “Our probe droids are picking up an atmospheric disturbance in the vicinity of the target.”

She turned away from the view to face her Bothan second in command. “What kind of disturbance, Nitram?”

The circular display screen in the center of the bridge zoomed in tight on the city closest to the Imperial stronghold. Secondary-screens flashed infrared images conveyed by heavily encrypted transmissions from the droids on the ground. The bridge city hung like a vast urban hammock from its overarching stone spire. Several thick supporting cables were glowing red. One was actually burning.

“Looks to me like nothing more than local insurrection, ” she said. “If it keeps Baron Tarko off our backs, all the better. “

“Well, there were some unusual heat readings immediately prior to the blasts. You can see them here, and here. ” He pointed to a recording time-stamped an hour earlier. “It looks like a ship’s exhaust. “

“That’s exactly my point, sir. ” He looked around the bridge, then leaned in closer to whisper, “I think it might be General Kota. “

Juno didn’t know whether to be annoyed or amused. For such a young officer, Nitram was good: he had, in fact, stumbled across the truth of their mission with impressive and inconvenient speed. Fortunately, Juno had learned fast under her Imperial masters to keep every emotion well concealed.

“You’ve been listening to too many stories, Nitram, ” she said, clearing the incriminating secondary screens. “Wherever Kota is, he’s not slumming here with us. “

That was a lie, of course: She would recognize the signature of the Rogue Shadow anywhere, even when it was fully cloaked.

Nitram had no choice but to accept it as the truth. She was, after all, his superior officer. But that didn’t have to be the end of it.

“Sound the alert. I want twelve fighters strafing that city in the next five minutes. Let’s take the chance to strike while the Baron is busy. “

Nitram saluted. “Yes, sir. ” He swiveled briskly on one heel and snapped out a string of orders.

Juno turned back to the window, hiding a smile. The EF76 Nebulon-B frigate Salvation was a valuable part of the growing Alliance navy, and she had no intention of putting her inexperienced crew in serious harm’s way. But it was a training run, she told herself, and what better way to learn than in the thick of combat? She was sure, anyway, that the infamous Baron Tarko would soon have more to worry about than her green hotshots.

Sirens wailed through the ship. Feet thundered on bulkheads. With a string of distant thuds, a dozen Y-wings launched and, wobbling only slightly against the starscape, grouped in two six-ship formations rocketing down into the atmosphere.

The Salvation’s seven ion engines roared into life, thrusting it from its redoubt behind the planetary system’s smaller moon. The deflector shield generator was running at full capacity, ready for immediate reprisal. Baron Tarko’s facility on the ground wasn’t heavily enforced. It consisted of a slave processing plant with a number of ancillary buildings, including barracks, laser batteries, and TIE fighter launchpads, all suspended from the bridge city-over a giant sinkhole. A constant stream of freighters came and went from the world, redistributing the Empire’s ill-gotten prisoners. Intelligence made very clear that the Baron thrived on bribes from high-ranking Imperial officers keen to obtain the best “stock, ” while at the same time selling excess numbers to the Hurts and other criminals. What he did with his wealth, exactly, no one knew. But all could guess at the suffering he was responsible for. If someone were to put an end to his brutal regime, they would be doing the entire galaxy a favor.

That wasn’t the Salvation’s, job, however. Juno’s orders were strict: Prick the Baron’s defenses and see how strong they were; shake her young crew into battle readiness; and under no circumstances risk the integrity of the ship. The official line was that resources were more valuable to the Rebellion than tiny-victories-at least at the moment. When the navy was big enough and the lines of supply more secure, then the fight could begin in earnest.

Not everyone agreed with the official line, though. Some thought the fight had already begun and could be pursued by a small force as readily as by something larger and therefore less defensible. Take out the right target, the naysayers said, and entire star systems could be disrupted. Like the ripples that spread across a pond’s surface at the drop of a single stone, every Imperial facility and process that relied on slave labor would be slowed down by a successful attack on Cato Neimoidia.

Juno had heard the argument a thousand times. She knew just how much difference even a single person could make. The newly formed Rebel Alliance wouldn’t exist at all, most likely, but for him.

She shook her head, annoyed at letting herself be distracted again. Kota needed her. She wouldn’t let him down.

News of the frigate’s presence spread fast through the freighters orbiting the plant. Many vanished into hyperspace, raking their slaves with them. Others broke orbit and began to descend dirt-side. Her fighters dodged among them, increasing the chaos of the skylanes. Red dots on the display screen signaled the launch of a TIE defense squad: ten ships, exactly as expected. Laser batteries swiveled to track the Rebel squadron.

She tuned half an ear to the star pilot chatter even as she monitored Nitram’s handling of the crew.

The Salvation rocked as its powerful lasers unleashed their deadly energies onto the planet below. Juno felt a rush of cautious pride. Her people were nervous, excited, and occasionally frightened-as was perfectly appropriate. Cato Neimoidia might be an outpost, but it was fundamentally connected to the Empire as a whole. Stick around too long and the whole weight of the enemy would come to bear on them. Everyone understood that they had to be in and out fast, or they’d never get out at all.

The turbolasers missed, but someone else didn’t. The ground-based lasers exploded into a million pieces, destroyed by unknown fire.

Juno gave silent thanks to Kota and his invisible militia, and readied herself for Nitram’s excited announcement that his theory had been confirmed. Kota was indeed active in the galaxy, striking hard and fast against the Alliance leadership’s express orders. They couldn’t stop him, and they had many reasons to be grateful for his activities. Baron Tarko would soon regret ever coming to his attention.

Instead of gloating, Nitram said in a worried tone, “Launches-ten more TIEs!”

“That can’t be right, ” Juno said, leaning closer to check the data. It was all too right, unfortunately; intelligence had gotten the fighter strength wrong. Worse still, the TIE fighters were coming their way. “Launch all remaining Y-wings. And put someone else on turbolaser control. I want the roof of the barracks in flames in the next two minutes if I have to come down there and press the button myself. “

The crew’s energy level ramped up a notch. There was no time to hold back out of nerves or uncertainty. Intel flooded through the ship like an invisible gas. Within moments, they would be under attack, and all were aware of the frigate’s strategic disadvantages. It was well armed and well shielded for a vessel of its size, but the slender midsection connecting the engineering and crew quarters could be ruptured by concentrated enemy fire. Were that to happen, the atmosphere would vent immediately, killing everyone aboard.

The turbolasers fired again. Targets on the ground burst into brilliant balls of fire. Juno caught glimpses of the cloaked Rogue Shadow ducking and weaving among the TIE fighters below. It looked like the general was trying to find a place to land. Once he and his commandos were on the ground, the ship could automatically retreat to a safe location and wait for a signal to collect them when the mission was over.

Juno hadn’t flown the Rogue Shadow since the events on the Death Star, but she still knew its specifications by heart. Better than she knew the Salvation’s, in fact. Here she was just the commander. In the Rogue Shadow she had been captain and crew. There was an important difference.

Rebel and Imperial starfighters met in the vacuum between the frigate and the planet. Energy weapons flashed and ricocheted. The screens were full of light. She wished she was out there with the pilots, breathing acrid cockpit air, thumb growing tired on the firing stud. Her heart bear faster for them even as she reminded herself of her new duties. War was simpler in a starfighter, but it wasn’t better. The bigger picture was what mattered. Winning the war, not the battle.

In that sense, she had some sympathy for those who opposed Kota’s way of thinking. Going in too hard, too fast was a sure way to be encircled and wiped out. A degree of caution never went astray. That was why she surreptitiously helped him-to keep him in check as much as to watch his back. Someone needed to make sure he didn’t go AWOL as he had before. The Rebellion needed him.

Thinking of the downsides of Kota’s campaign made her frown. What was raking him so long? The Rogue Shadow should have been on its way ages ago.

“Nitram, concentrate fire on those cannon emplacements there and there. ” She indicated two locations near the barracks. The fire coming from both was much greater than intelligence had indicated it should be. Maybe that was the problem.

Juno squinted at the data, worrying at the inconsistencies between the intelligence gathered from Imperial sources and what lay evident before her. “Get those probe droids closer to the barracks. Something doesn’t look right to me. “