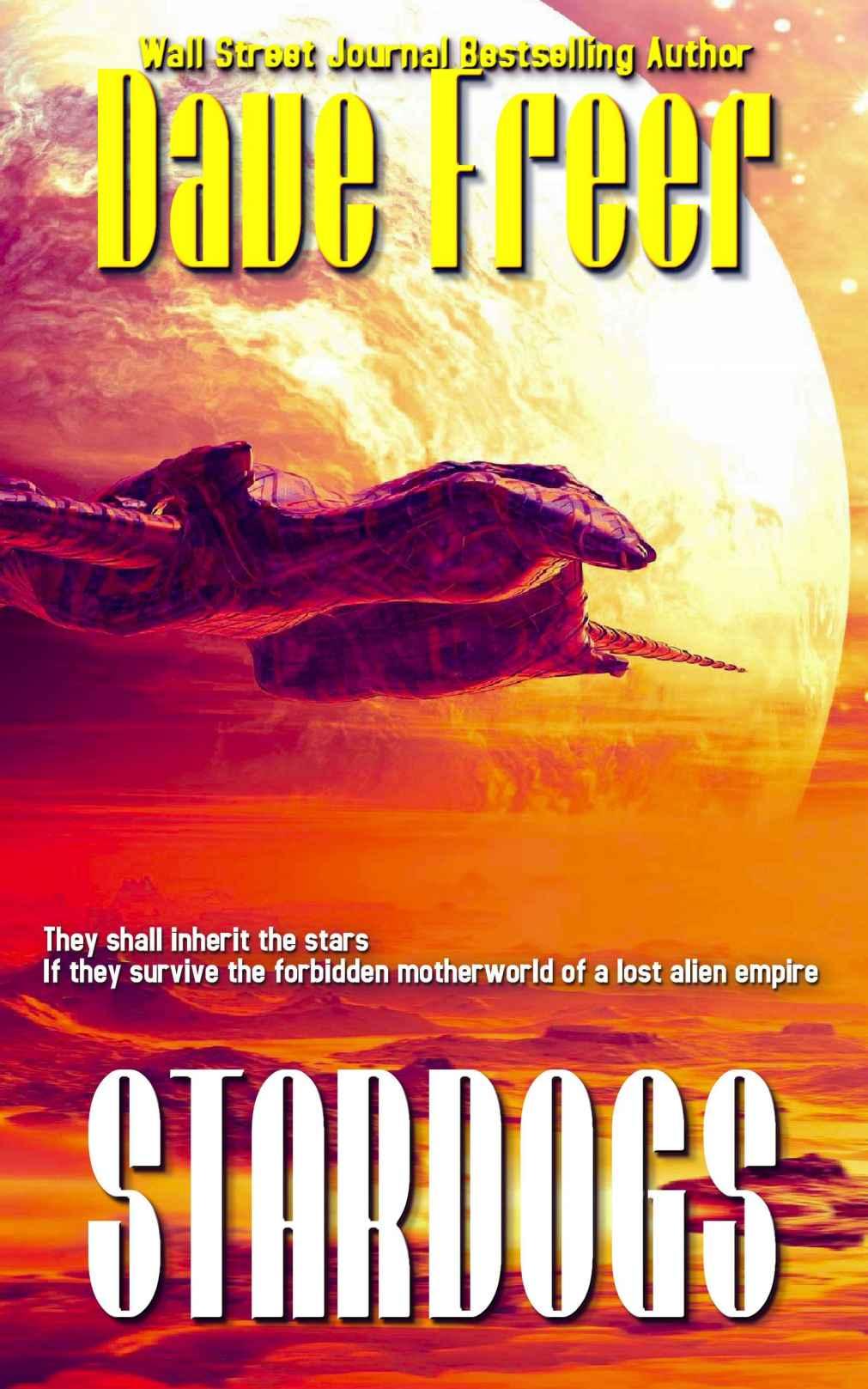 A sample of Dave Freer's other work, available from Amazon: 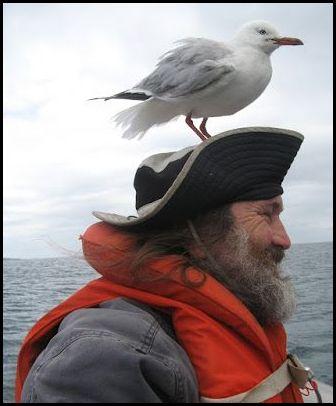 Dave Freer is the author or co-author of some 19 novels (hard to keep track) including SLOW TRAIN TO ARCTURUS, which was listed as a Wall Street Journal sf bestseller. Various other books have been on Locus bestseller lists. He is also the author of a large number of shorter works. For a complete list and work will be available nowhere else see the
Dave Freer website
. He lives on a remote island off the coast of Australia. For more about this and links to other sites see his Amazon Author’s page.

Cover Art: Flightpath of an Alien Spaceship over a Distant Planet © Angela Harburn

All rights reserved, including the right of reproduction, in whole or in part in any form. This novel is a work of fiction. Names, characters, places and incidents either are products of the author’s imagination or are used fictitiously. Any resemblance to actual events or locales or persons, living or dead, is entirely coincidental.

This ebook is licensed for your personal enjoyment only. This ebook may not be re-sold or given away to other people. If you would like to share this book with another person, please purchase an additional copy for each recipient. If you’re reading this book and did not purchase it, or it was not purchased for your use only, then please return to Amazon.com and purchase your own copy. Thank you for respecting the hard work of the author.

This book is dedicated to the memory of the Old English Sheepdogs who have been the loves of my life, and whose loyalty is the original inspiration for Stardogs.

The Future History, and notes on the Empire, Denaari Homeworld, and the major protagonist groups are contained in the appendices at the end of the book. My thanks go to many people who read, advised, proofread and offered support for this book. Any errors are mine, not theirs. My especial thanks as usual go to Barbara, and, of course, to the dog at my feet, the nose touching my forearm, the loving eyes looking at me through the fringe.

Everyone, everything, is from somewhere. To see into their future you must look back to their past. For the root, though hidden, is what gives rise to the plant.

Introduction to the third Veda of Kali-dewa and all the Saints.

Every story has many beginnings. Where does anything start? Well, you might say that this story began forty-three thousand years ago with a wild pack and a savage, brutal hunt. It was before the beginning of recorded human history. Before the rise and fall of two star-spanning empires. Before microscopic things destroyed not one but two sentient species. A time when the great packs used to roam freely across the empty spaces…

The feral pack hunted one of their own with a terrible, ferocious intensity. The old one, great, gaunt and silvered, struggled desperately to reach the distant rocks. Perhaps they would offer refuge, perhaps a place to stand against the younger males who wanted to pull him down and kill him. He gave his all to the flight.

Yet despite this, the pack were gaining. The faster young males ripped cruelly at his exposed flanks. He tried to turn, baring his huge, chipped and yellowing fangs. He was too slow. Even a few months back it would have been different. The younger ones with their sharp new teeth closed in. Briefly, all too briefly, he managed to hold them at bay.

They weren’t dogs. Nor even wolves. Not even remotely related. Yet, because of convergent evolution, very like them in some ways. They did not roam the empty plains of Earth, but the depths of deep space. Here, on Earth, evolution has filled every niche under the heavens. Inevitably, somewhere, around a distant star, she didn’t stop when she got to the heavens.

The Alien sample-ship got there at last. It was too late to save the old pack leader. Despite knowing this the Denaari nest-minder pilot aimed at the squabbling, tearing beasts, trying to drive them off.

The pack scattered. In space they could neither snarl nor yelp, so in this way they differed from wild-dogs. Instead they bared fangs and circled. It was dangerous place to be, for the huge walrus-like tusky teeth of the space-dogs were not only used for pack hierarchy duels and mating fights. They could also rip chunks off asteroids as mineral sources. One bite from one of creatures could shatter the fragile chitin-silicate-metal shell of the little craft. Besides, flying something with metals in it into this situation was like riding a steak into a crocodile tank. If just one of the dogs swooped in and wrapped itself around the unarmed craft, then its belly cilia would cold-weld onto it. In a few minutes it could electrochemically leach out of the tasty hull-metals. The silica-metallo-chitin bonds would part. The ship would be gone in puff of disintegrating dust and space-lost air.

However, the feral space-dogs were alarmed too by this sudden alien intrusion in their realm. They showed no real sign of fight, and when the ship darted at one that came too close, they instead jetted away. The pack gradually drifted off toward the clump of asteroids that the old one had been trying to reach.

They left the dead creature hanging like a shredded blanket in the void.

The Denaari could not cry. Instead the eight emotionally traumatised nest-minders on the sample-ship chewed their wing tips and moaned softly as they huddling together. Proximity to the ferocity and cruelty of the killing hurt.

The two egg-layers, less emotionally sensitive, had already donned protective gear and gone out to see whether they could recover some of the creature’s cells intact.

Later, in the together-hanging of roost, the ship matriarch reassured her still-distraught nest-minder mates. She promised that the creatures they would breed from the reservoir of cells now held in
in vitro
storage units down in the hold of the tiny ship, would be gentle. They would be creatures that the nest-minders would love. The smaller nest-minders gibbered doubtfully. She enfolded them in her wings.

They quieted, but she knew she must make good her promise. Should the nest-minders decide that she was callous, they would withhold their warmth from her gene-line. Still, the alien matriarch pondered, it was worth the risk. With the space-dog genetic material she could create something of immense value. The creatures were perfectly equipped for life in deep space. They had excellent bifocal visual imaging, with eyes that resembled oil-lens telescopes, but with better and more precise control. Their gravity-detecting organo-metallic nerve-net was complex and hypersensitive. They even had some small amount of wormhole surfing capacity. The genes could be teased, changed and manipulated. The result would allow her species to reach out their wingclaws to the stars.

The vast, gentle Stardogs, who could leap the impossible distances between stars with the ease that a Jacana does the seemingly improbable trot across floating lily pads, had given the Denaari the stars. But now… the adored Denaari were gone. The Stardogs were lonely.

Some still cruised the routes between the now empty star systems. Systems their masters had colonized and later fled from in their panic. Yet, they were forever forbidden to go back to the distant Solar system that had spawned them and which was the only place they could breed.

Sometimes one would even return to visit a boring G0 type star in the vicinity of Sirius. The masters had had a field station there.

Then, after thousands of years, there was a ship…