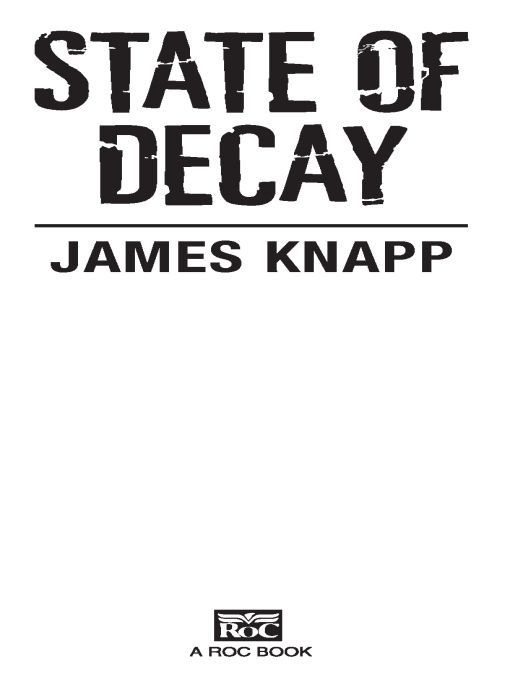 Table of Contents
Title Page
Copyright Page
Dedication
Acknowledgements
Chapter 1 - Decay
Chapter 2 - Fuse
Chapter 3 - Sub Rosa
Chapter 4 - I, Oneiros
Chapter 5 - Voodoo Proper
Chapter 6 - Syndrome
Chapter 7 - Friendly Fire
Chapter 8 - Coil
Chapter 9 - Wake
Chapter 10 - Rise
Chapter 11 - Strike
Chapter 12 - Descent
Chapter 13 - Dawn
ABOUT THE AUTHOR
THE FACE OF THE ENEMY
I brought up the scanner and looked under the skin and muscle where the components were clustered, a network of nodes and hair-thin filaments where the spinal cord met the brain. An amber squiggle of light jumped across the scanner’s display before snapping into a single waveform—the revivor’s heart signature. I processed the signal and pulled the identification. The lot number wasn’t on file, so it wasn’t sold legitimately. Someone had this one made to order.
In the mirror, I could see its eyes staring downward. Its well-preserved porcelain skin made it look like a doll or wax figure. Whoever she had been, she didn’t look like a local. A tourist maybe? Someone who wandered down the wrong street?
“Someone’s probably still looking for you,” I said. I said it to myself, but it answered.
“He is.”
I had intended to use a small, directed electromagnetic pulse to short out the components and put it down before leaving the room, but I didn’t. The girl kept looking up at me, still without expression. I hated revivors; I hated everything about them. I hated them for what they were and for what they had done to me, what they had taken away. When the time came to put it down, I had thought I would enjoy it.
“Stay here,” I said instead. “Don’t move, and don’t say anything. Do you understand?”
It nodded.

REGISTERED TRADEMARK—MARCA REGISTRADA
Without limiting the rights under copyright reserved above, no part of this publication may be reproduced, stored in or introduced into a retrieval system, or transmitted, in any form, or by any means (electronic, mechanical, photocopying, recording, or otherwise), without the prior written permission of both the copyright owner and the above publisher of this book.
PUBLISHER’S NOTE
This is a work of fiction. Names, characters, places, and incidents either are the product of the author’s imagination or are used fictitiously, and any resemblance to actual persons, living or dead, business establishments, events, or locales is entirely coincidental.
The publisher does not have any control over and does not assume any responsibility for author or third-party Web sites or their content.
The scanning, uploading, and distribution of this book via the Internet or via any other means without the permission of the publisher is illegal and punishable by law. Please purchase only authorized electronic editions, and do not participate in or encourage electronic piracy of copyrighted materials. Your support of the author’s rights is appreciated.

King's Baby - A Bad Boy Romance by Rose, Emerson
Birth: A Novella by Ann Herendeen
Everything and More by Jacqueline Briskin
We Hear the Dead by Dianne K. Salerni
GladiatorsAtonement by Amy Ruttan
Sharpe 18 - Sharpe's Siege by Bernard Cornwell
Water Lily in July by Clare Revell
Acrobat by Mary Calmes
Adders on the Heath by Gladys Mitchell
Holiday Horse by Bonnie Bryant