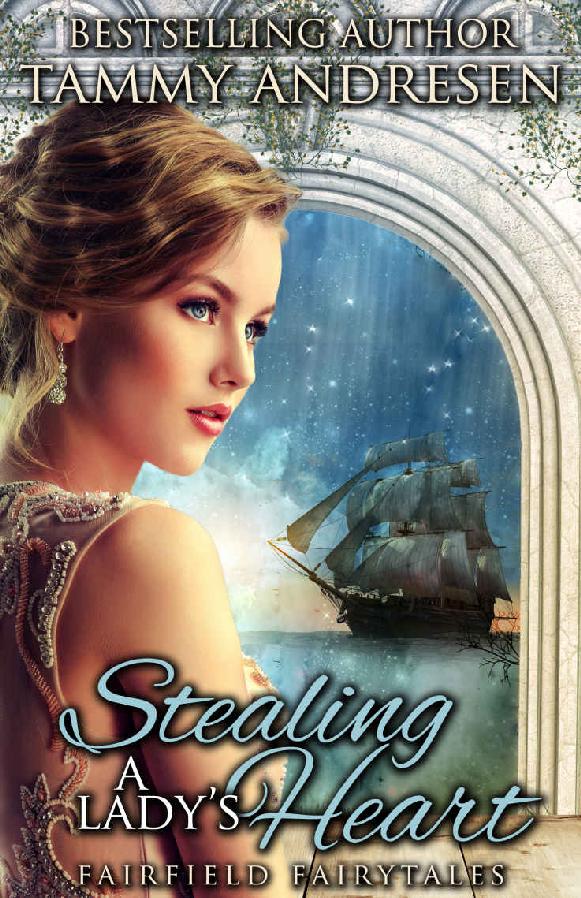 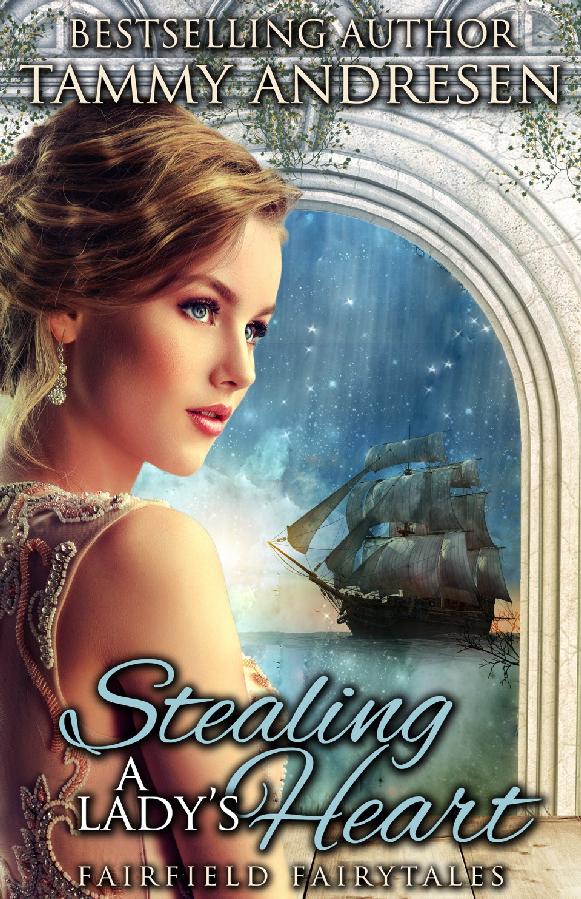 This is a work of fiction.  Names, characters, organizations, places, events, and incidents are either products of the author’s imagination or are used fictitiously.

No part of this book may be reproduced, or stored in a retrieval system, or transmitted in any form or by any means, electronic, mechanical, photocopying, recording or otherwise, without the express written permission of the publisher.

The Golden Rules of Love

This book is dedicated to my daughters. There is such magic in fairytales and their telling. May you always find wonder in it. 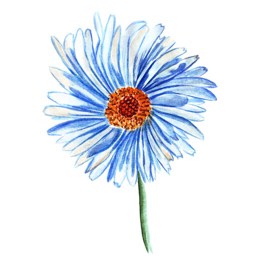 The Fairfield boys
had scattered to the four winds. More precisely, their father, Baron Fairfield, had sent each of his four sons to learn a trade. The baron grew poorer by the day. Should his house fall to ruin, his sons would have something to fall back on, a means to support themselves and help reestablish his title.

Everyone, but the baron himself, knew that it would take more than his sons learning a trade to save his barony. It would take a miracle.

All was not lost for the Fairfields, however. For miracles don’t always happen suddenly.  Sometimes they creep along, winding their path with the course of men. And they stay with the men who are truly worthy.

So it happened on May the 25th, the year 1812, that the four Fairfield Brothers made their way home.  Each returning from a different direction. Each having traveled a different path. Each bringing a different skill from his new trade. Each reaching the final crossroad before their home in Cumbria at the exact same moment.

It was astonishing to come upon one another in such a way after four years, but Graham, the third brother and the handsomest in that rugged, manly way, recovered first.

“You have all gotten fatter and uglier,” he chuckled good-naturedly as he climbed off his horse. His brothers did the same and they embraced as they laughed, hugged, and teased one another.

William, the oldest, was also tall and broad but more serious and less handsome. He was second to speak, “It is good to see all of you but we should head on to Father’s house.”

Thomas, the second brother and Nickolas, the youngest, agreed and the brothers started up the long drive to their father’s home, Harlington Manor, talking and laughing as if they had never parted.

The men approached the large, crumbling manor. Their father appeared on the balcony. “My sons, the four winds have blown you back to me,” their father called with delight.

And indeed the winds had. And not just for a happy family, but for a purpose.

“Just in time. The King Regent’s beloved cousin is passing through on her trip to Scotland. We must entertain her along her journey and your presence will make this stop all the merrier,” Baron Fairfield called before disappearing from view.

The four sons waited for their father on the drive, but worry now marked each of their faces. The manor was in even more disrepair than when they had left. It was hardly fit to entertain the upper crust of society. Not to mention, the cost of such a visit, even for a few days, could be expensive if the lady was particular.

But to refuse the Prince Regent would be unheard of and so there was nothing to do but help their father prepare.

Baron Fairfield stepped out the massive front entrance as the wagons full of gifts began pulling into the circular drive.  Each son would bestow items he had earned from his trade onto his father.

William had studied under a great huntsman. He had brought wagons of pelts and cured meat to feed the family.  The pelts could be used or sold and would bring a nice sum to the manor.

Thomas, the second son, had studied in the art of building. He could now fashion anything out of wood or stone.  Wagons of lumber began rolling up the drive and Thomas would begin the arduous process of repairing the crumbling manor.

Graham had studied under a locksmith. He could fashion a safe with the most sophisticated of locking mechanisms and he could pick the most complicated of locks. Men of his trade were sometimes associated with thieves because of their skills but Graham had studied with a man of honor. Only a single wagon rolled up for Graham to gift his father. In it was a large safe of the best quality. “It is for all the riches we will yet acquire Father,” Graham assured the patriarch of his family.

His father slapped his third son on the back. “Truly, it is a blessed day that brings you all back to me.”

His final son had studied with a merchant. Nickolas Fairfield had learned the ins and outs of negotiating for goods and spent most of his time in ships seeing to the transport of merchandise. Wagons of items from all over the world began to arrive.

Baron Fairfield laughed with delight. The few servants who remained began unloading the goods. The four sons, not afraid of hard work, began to help.

When the work was done, the family sat down to a meal. It had been prepared in a hurry but was filled with delights that had rarely been seen in Cumbria. As the hungry men ate their fill, they turned to conversation.

William spoke first. Never one to linger over words, he was direct and to the point. “Who comes to visit, Father, and why have they traveled so far north?”

“Lady Charlotte Beaumont, first cousin to the Prince Regent and daughter of the Duke of Norfolk.  She is favored among her family both for her position and wealth and her great beauty. I am sure she is accustomed to the finest life has to offer. I hope she will not mind our humble offerings.” The baron grimaced slightly. “Her dear friend has married a Scot, or so I have been told.  Lady Beaumont travels to see her friend who is about to deliver her first child. Her stay should be brief.”

Graham cocked a jaunty grin. “A beauty, huh? This gets more interesting.” He grabbed an apple and took a large bite as he lounged in his chair.

His father gave him a stern look. Despite the absence, he knew his son well. Graham had always been handsome and very popular with the ladies. “She is a maiden, and a favorite cousin of the Prince Regent. You will mind your manners. That goes for all of you.”

Nickolas rolled his eyes. “You only need give the warning to Graham. I have heard of Lady Beaumont. The richest and most noble men press for her favor, but she refuses to choose a husband. She will not be interested in any of us.”

“You know of the lady?” Thomas turned to his youngest brother. Nick tended to be shy.

“Of course, Tom. You can’t be in London and not have heard of Lady Charlotte. Woven hair of gold and eyes blue as the sea. Rosy red lips and as sweet as the summer dawn. She is also well known for her work in orphanages and soup kitchens. She is said to be as beautiful as she is fair. I haven’t actually met her, but she is on the tongue of every man in London and beyond.”

The baron’s grimace had turned to a full scowl. “How are we ever going to entertain such a lady?”

Will patted his father on the back and spoke quietly, “We will do the best we can. How long do we have until she arrives?”

“Less than a fortnight, depending on the weather,” the baron sighed.

Tom stood, squaring his lean shoulders. “We will begin first thing in the morning. We should get a good’s night sleep. Tails of our adventures will have to wait for another day.”

The brothers agreed and headed to their old rooms. Tomorrow, the work would begin.

Charlotte Beaumont sat atop her dappled white horse. Her father would have preferred she ride in the carriage, but she couldn’t abide it.  It was hot and dull. Her chaperones, because her father insisted she have two, talked incessantly. It was also, in her opinion, more dangerous. She was clueless to the world around her in that carriage. It made her feel like a pheasant waiting to be shot and roasted.

She didn’t blame her father. Most men would think a lady should ride in the carriage. Certainly Lord Bolton, the gentleman she had just visited, would think that it was necessary.

Her father had insisted that she stop and stay with aristocrats along the journey. He said it was for her protection, but she was no fool. Each of her stops had included eligible and acceptable men for marriage.

She knew this was the only reason her father had allowed her to visit Elizabeth; he was trying to marry her in the process. He reminded her constantly that she was almost one and twenty and should be married. Although he had been unusually insistent recently, almost as though he was possessed.