Read Step Up and Dance Online

Step Up and Dance 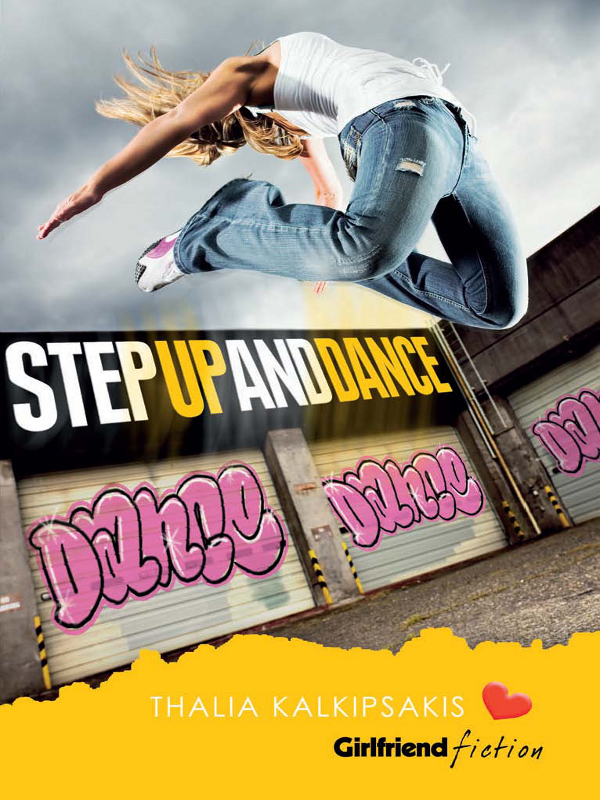 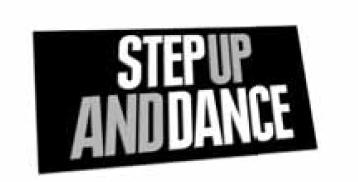 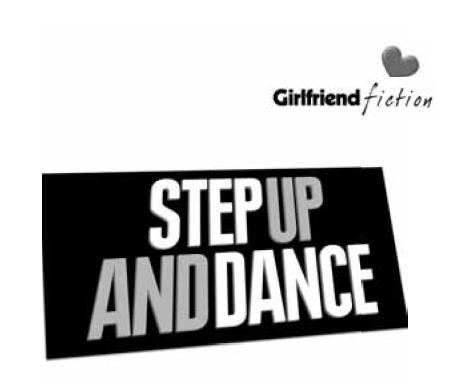 All rights reserved. No part of this book may be reproduced or transmitted in any form or by any means, electronic or mechanical, including photocopying, recording or by any information storage and retrieval system, without prior permission in writing from the publisher.
The Australian Copyright Act 1968
(the Act) allows a maximum of one chapter or ten per cent of this book, whichever is the greater, to be photocopied by any educational institution for its educational purposes provided that the educational institution (or body that administers it) has given a remuneration notice to Copyright Agency Limited (
CAL
) under the Act.

Kalkipsakis, Thalia.
Step up and dance

It was the letter of my dreams â a Valentine's letter, wrapped in a blood-red envelope, leaning against the soy sauce on our kitchen table.

I picked up the envelope, flipped it over and dropped it beside my plate because just then I was more interested in the soy sauce. Mum's sushi rolls after a late dance class are
to die for
, like Tim Tams at the right time of the month.

âDon't get that sauce on your tights,' Mum scolded as I tucked in to my third roll. She hovered behind one of the chairs, eyes twinkling so that her crow's feet were almost beautiful. âWell, Saph, who's it from?'

âIt'll just be from Summer,' I sighed, mouth full, pulling my tights away from a blister on my big toe.

My best friend Summer is the kind of person who hands out millions of cards on February 13 in the hope that she'll receive just as many back the next day. Last year she made all the cards herself and decorated them with her own red lipstick kisses. (A tad corny if you ask me.) When I gave her a hard time about spreading her love so far (fourteen cards and forty-two kisses!) she just shrugged and said, âWell, practice makes perfect.' That's my Summer.

It's not every day that a girl receives a Valentine, even from her best friend. But I was putting off opening it because right up until the moment when I opened the envelope and actually saw Summer's name scribbled at the bottom of the card, I could hang onto the hope â microscopic, amoebasized, but still a sweet sparkle of hope â that it could perhaps be . . .
from him
.

When I finally slid my finger into that red envelope and pulled out the paper inside, Mum had given up waiting for me to open it and was watching TV with Dad.

I could hear the hum of the dishwasher and the quiet ting of glasses inside. The letter felt cool in my hands. Carefully, I unfolded it.

The first thing I noticed was the number of words â way more than the
Love your work!
that Summer might write. It was typed and printed on a plain A4 page. Not Summer's style
at all
.

I skimmed down the page until my eyes fell on the only handwritten words. And there it was. His beautiful, bold, sporty name â
Damien Rowsthorn
.

Damien, Damien, Damien
. . . When I saw those words my heart seemed to stop and then begin again to the beat of his magnificent name.

No one has any idea what Damien means to me. To most people he's just an NBL basketball player. But to me . . . well, seeing his name written carefully, lovingly, at the bottom of a heartfelt letter was better than receiving a bunch of red roses from Orlando Bloom. It was like Minnie Mouse getting a giant cheese-wheel from Mickey. Damien, without a doubt, was the man of my dreams. His handwriting wasn't too bad either.

He had signed his full name. How cute!
It's not like I don't know who you are, Damien!
(I never sign emails Sapho Thespina Giannopoulos, life's too short for a start.) And he'd typed
from your secret admirer
at the bottom of the letter, as if he'd had to work up the courage to sign his name. Damien was so confident on the basketball court, I couldn't believe he was sweet and shy in real life!

I ran to my room, shut the door, and fell into his words â reading backwards and upwards and all the wrong ways, trying to read them before they disappeared like a daydream, starting to believe that this really was a letter from Damien to me.

I have watched you dancing for a year. The things you do with your legs! And your body. You dance like a goddess. I can't get you out of my mind. Do you ever notice me?

Ah, my dear sweet Damien. He clearly had brains as well as supremely sexy legs. He'd work out a way to get around the ban.

Last year, one of the girls in our cheerleading troupe went to a nightclub with a basketballer after the game. A photographer caught them pashing on the dancefloor and a newspaper ran the headline Sports Star and Cheerleader in Drunken Embrace. Very bad for the family image of the Magic Charms. (Not to mention the number of calories in three lemon vodkas and a cocktail with a name that made even Lesley's cheeks go pink.) Lesley is our choreographer, and jeez was she furious. After that, two big rules were introduced for all Magic Charms â guys and girls.

1.
NO DRINKING IN PUBLIC.
(Fine with me â I'm underage anyway.)

2.
NO SOCIALISING WITH BASKETBALL PLAYERS.
(
Not remotely
fine. I mean, stopping basketballers and cheerleaders from going out? That's against the laws of nature.)

Sometimes kids at school ask me for gossip about the Magic players, as if we're all sitting around together before each game, sharing game plans and heat rub. But in reality, the players have nothing to do with the cheerleaders. Their job is the game, and ours starts when a time-out is called. We don't even train at the same time.

So you can see how clever it was for Damien to send me a
secret
letter â
all
our time together would have to be secret. He'd even gone to the trouble of finding my address, which was just short of amazing since we're not listed. Brains, wit and a sweet hook shot â clearly the perfect man.

I lay on my bed, chin in hand, smiling at the back of my closed door. Damien stared back at me â light bushy hair, well-muscled shoulders, broad cheeks, even his eyebrows were cute. If he was going to be my boyfriend I'd probably have to take his poster off my wall â he might think it was a bit weird.

So, Damien, we were meant to be together after all.

I rested my head on my arm, closed my eyes and let the daydreams came thick and fast. Hiding in the back seat of Damien's car as he drives me to the games. A wink or secret signal between us each time he scores a basket. Fussing over him after a hard game, smoothing heat rub over his sore shoulders . . .