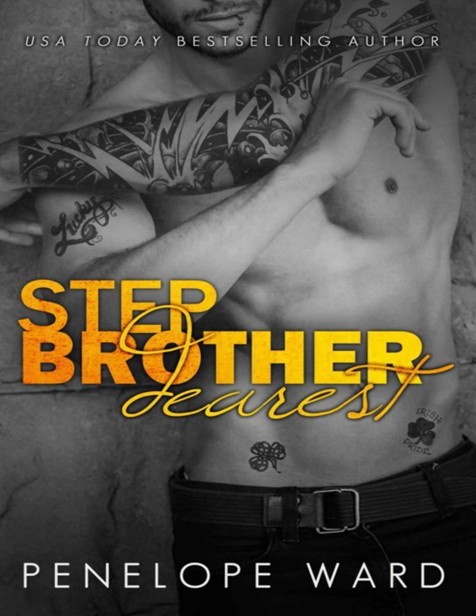 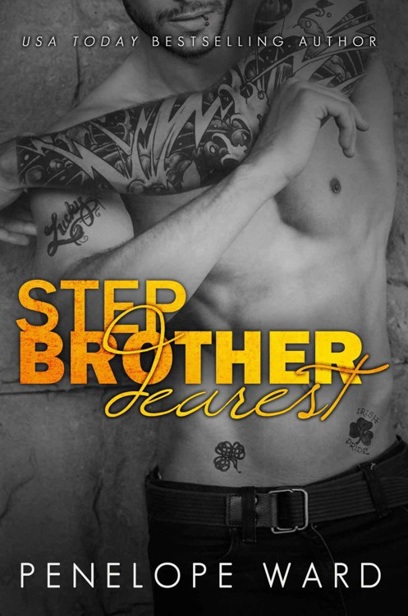 All rights reserved. This book or any portion thereof may not be reproduced nor used in any

quotations in a book review.

This book is a work of fiction. Names, characters, places, and incidents either are products of

the author’s imagination or are used fictitiously. Any resemblance to actual persons, living or dead,

events, or locales is entirely coincidental.

see outside. Any minute now, Randy’s Volvo station wagon would be pulling into the driveway. He’d gone

to Logan Airport to pick up his son, Elec, who would be living with us for the next year while his mother

Randy and my mother, Sarah, had only been married a couple of years. My stepfather and I got along

well enough, but I wouldn’t say we were close. Here’s what little I knew about Randy’s former life: his ex-

wife, Pilar, was an Ecuadorian artist based in the San Francisco Bay area, and his son was a tattooed punk

who, according to Randy, was allowed to do whatever he wanted.

ago, shortly before Randy married my mother. From the picture, I could see he inherited dark hair,

probably from his South American mother, along with tanned skin, but had Randy’s light eyes and fine

features. He was clean-cut then, but Randy said Elec had entered into a rebellious stage as of late. That

smoking pot. Randy blamed Pilar for being flighty and too focused on her art career, thereby allowing Elec

to get away with murder.

art gallery so that Elec, now 17, could come live with us.

Although Randy took two short trips out west a year, he wasn’t there on a daily basis to discipline Elec.

Butterflies swarmed in my stomach as I stared out at the dirty snow that lined my street. The frigid

Boston weather would be a rude awakening for my California-bred stepbrother.

I had a stepbrother.

That was a weird thought. I hoped we would get along. As an only child, I had always wanted a sibling.

I laughed at how stupid I was, fantasizing that this was going to be some kind of fairytale relationship

overnight, like friggin’ Donny and Marie Osmond or Jake and Maggie Gyllenhaal. This morning, I heard an

old Coldplay song I never even knew existed called
Brothers and Sisters.
It’s not about siblings per say, but I convinced myself it was a good omen. This was going to be okay. I had nothing to be scared about.

room ready. She had turned the office into a bedroom. Mom and I had gone to Walmart together to buy

sheets and other necessities. It was weird picking stuff out for someone you didn’t know. We decided on

I started muttering to myself, thinking about what I would say to him, what we would talk about, what I

could introduce him to here. It was sort of exciting and nerve-wracking at the same time.

A car door slammed, prompting me to jump up from the couch and straighten my wrinkled shirt.

The key made a turning sound. Randy walked in alone and left the door cracked open, allowing the

freezing air to seep into the room. After a few minutes, I could hear feet crunching on the sheet of ice that covered the walkway but no Elec yet. He must have stopped outside before entering. Randy stuck his head

back out the door. “Get your ass in here, Elec.”

A lump formed in my throat when he appeared at the doorway. I swallowed hard and took him in for a

few seconds, my heart pounding harder and harder as the realization hit that he looked nothing like the

picture shown to me.

Elec was taller than Randy, and the short hair I remembered from the photo was now a tousled inky

black mess nearly covering his eyes. He smelled of cigarettes, or maybe it was pipe smoke because it was

sweeter. A chain hung from his jeans. He wouldn’t look at me, so I used the opportunity to continue

examining him as he dumped his bag on the floor.

Was that my heart or the bag?

He looked over at Randy, and his voice was gravelly. “Where’s my room?”

“Upstairs, but you’re not going anywhere until you say hello to your sister.”

Every muscle in my body tightened as I cringed at the term. There was no way I wanted to be his sister.

For one, when he turned to me, he looked like he wanted to kill me. And two, once I got my first look at

his chiseled face, it became abundantly clear that while my mind was wary of him, my body had been

instantly put under a spell, one I would have given anything to come out from under.

His eyes bore into mine with daggers in them, and he didn’t say anything. I took a few steps forward,

swallowed my pride and reached out my hand. “I’m Greta. Nice to meet you.”

He said nothing. Several seconds passed before he reluctantly took my hand. His grip was

uncomfortably hard, almost painful before he quickly released it.

I coughed and said, “You look different…than I pictured.”

He squinted at me. “And you look pretty…plain.”

My throat felt like it was going to close up. For a quick second, I thought he was paying me a

compliment before he followed the word “pretty” with “plain.” The sad part was, if you’d asked me how

standing across from him made me feel, “plain” might have been the term I would have used.

His eyes were looking me up and down with an ice-cold stare. Despite the fact that I detested his

personality, I was still in awe of his physical likeness, and that sickened me. His nose was perfectly straight, and his jaw was defined. His lips were perfect—too perfect—for the filth I was sure came out of them.

Physically, he was my dream and in every other way, my nightmare. Still, I refused to let him see that his

words had an effect on me.

“Would you like me to show you to your room?” I asked.

He ignored me, lifted his bags and headed toward the stairs.

Great. This was going well.

My mother came down the stairs and immediately pulled Elec into a hug.

“It’s so nice to finally meet you, honey.”

His body stiffened before he ripped himself away from her. “Wish I could say the same.”

Randy stormed toward the stairs pointing his finger. “Cut the shit, Elec. You say hello to Sarah in a

“Hello to Sarah in a decent way,” Elec repeated in a monotone voice as he walked up the stairs.

My mother put her hand on Randy’s shoulder. “It’s okay. He’ll warm up. Let him be alone. This cross-

country move can’t be easy. He doesn’t know me yet. He’s just a little apprehensive.”

“A little disrespectful prick is what he is.”

I had to say, I was surprised to hear Randy speaking that way about his son regardless of how badly

Elec was acting. My stepfather had never used words like that with me, although I had never really done

anything to deserve it. But Elec
was
being a disrespectful prick.

That night, Elec stayed behind closed doors. Randy went in there once, and I heard them arguing, but

Mom and I decided to let them hash it out and stayed out of whatever was going on between them.

On my way up to bed, I couldn’t help stopping to stare at Elec’s closed bedroom door. I wondered if his

Planning to brush my teeth, I opened the bathroom door and jumped at the sight of Elec wiping his wet

body down from the shower. Steam and the smell of men’s body wash filled the air. For some God

forsaken reason, instead of running out, I froze. More disturbing, instead of covering himself with the

towel, he let it fall nonchalantly to the floor.

shamrocks inked on his ripped torso and then to the full sleeve tattoo on his left arm. His chest was

dripping with water. His left nipple was pierced. By the time my eyes landed on his face, they were met with an evil smirk. I tried to speak, but the words just wouldn’t come out.

Finally, I whipped my head away and said, “Uh…Oh my God…I…I’m so…I better leave.”

As I turned around to head out the door, his voice stopped me in my tracks. “You act like you’ve never

seen a guy naked before.”

“How disappointing for you. It’s gonna be really
hard
for the next guy to measure up.”

It was like a bad car accident impossible to turn away from. I was looking down at him again. What was

wrong with me? He was stark naked in front of me, and I couldn’t move.

Holy hell…his tip was pierced. What a way to be introduced to my first live one.

He broke my stare. “There’s really nowhere to go from here, so unless you’re planning on doing

something, you should probably leave and let me finish getting dressed.”

I shook my head in disbelief and slammed the door shut behind me.

My legs were shaking as I fled to my room.

The bed squeaked as I plopped on my stomach and sighed into the phone. “Up to his usual assholery.”

I hadn’t told my best friend Victoria about Elec’s show and tell in the bathroom Friday night. It

embarrassed me to no end, and I decided to keep it to myself. A Google search of pierced penises ended up

keeping me up the rest of that first night. Let me tell you, anyone who innocently searches “Prince Albert”

is in for a big surprise.

It was now Sunday, and tomorrow Elec would be starting at my high school where we would both be

seniors. Soon enough, everyone would get to meet my jerky stepbrother.

Victoria sounded shocked. “He’s still not speaking to you?”

“No. He came downstairs to pour some cereal this morning and brought it back to his room.”

“Why do you think he has such a stick up his ass?”

You should see his other stick.

“Something’s going on between him and Randy. I’m trying not to take it personally, but it’s hard.”