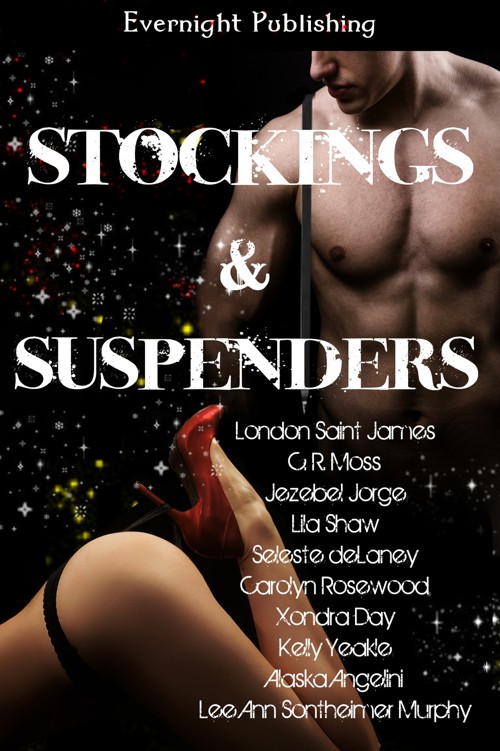 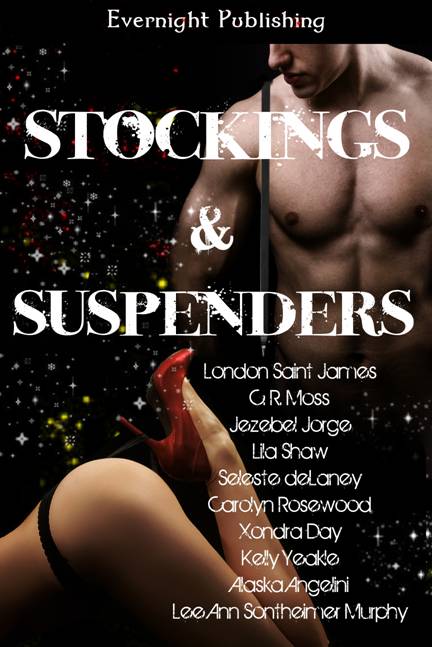 WARNING:
The unauthorized reproduction or distribution of this copyrighted work is
illegal.  No part of this book may be used or reproduced electronically or in
print without written permission, except in the case of brief quotations embodied
in reviews.

The Proposal by London Saint James

‘Tis the season to be jolly...

Yeah, right. It was probably one of
the longest, most exasperating, not to mention the strangest days of my
life. It started out with the failure of my alarm clock, which in turn
made me ten minutes late for work. Of course the traffic jam on the
freeway didn’t help me either. As a special reward for being late, and may I
add this was the first time tardy in the two years since my employment at
Smith, Cline, and Hall, I received a write-up along with a stern scolding from
the devil’s minion. Oh, so it’s clear, the minion in question is Charlotte
Saxton. Ms. Saxton is part of the elite management team. She climbed the ladder
to success by being the one time plum pudding of Dexter Cline, co-founder of
Smith, Cline, and Hall. But she is the current gift that keeps on giving to Dravin
Hall. Yep, Mr. Hall, partner and advertising hot shot, is the latest to “date”
the office strumpet. I suppose there is one last thing I need to clarify
regarding Ms. Saxton. She is, to my own personal hell, my boss.

I took my verbal lashing, a copy of
my write-up then entered my office to find enough work to last a
week. Since this was such a glorious morning it would stand to reason that
I had until the end of the day to complete the foot high pile of files on my
desk. The office Christmas party for the secretarial staff, the reception gals,
and the personal assistants, would take place over the lunch hour without me
this year.

With a defeated sigh I took off my
light blue cardigan and flung it over the back of my shitty brown office chair.
When I placed my purse under my desk, I discovered an impressive run in my new
black silk stockings. I bent down to place my finger on the offending
snag.
Crap.
From the corner of my eye, I saw one pair of Italian loafers
perched at the threshold of my office door. Of course I need not see the
man attached to the shoes. I knew who it was. The one and only, Mr. Hall.

“Problems?” he asked in his haughty
but always devastatingly sexy tone.

“No,” I said, sitting upright,
looking in his direction.

He glanced at the stack of files on
my desk, then down at my leg before scanning the rest of me. Oh yes, I
forgot to mention I was also having an unruly, bad hair day, compliments of my
housemate since she used the last of my conditioner.

“It looks like you may be having a bad
day, Grace.”

In actuality I was having a bad few
months, but that’s another story.

I shrugged my shoulders. A folder
fell from the pile, hit my lap then scattered.
Wonderful,
I thought.

“Well, not every day can be filled
with candy coated kisses.”

He smiled. All bright white teeth
glimmered. I wanted to dissolve into my chair, melt down into a puddle of
goo, but I needed to maintain my composure, and I wondered what he wanted. Mr.
Hall never comes to speak with me. In fact, he rarely made the trip to
this side of the office. Ninety-nine-point-nine percent of the time he
could be found down with the other advertising executives and assorted
management team, talking about fast cars, fast women, and their next vacation
hot spot.

I glanced down and tried, rather
poorly I must admit, to inconspicuously remove the scattered remnants of the
file off my lap.

“Would you like to have a drink with
me tonight?” he asked.

My head shot up, almost causing me
whiplash at his question. The file slid off my lap and hit the floor. I ignored
it. I’m pretty sure I starred, unblinking for a moment, before I heard myself
say. “You want to take me out for drinks?”

“Yes,” he replied. “I have a proposal
I would like to run past you.”

He smiled his power smile. The one
which extended his sensual mouth into a tempting treat for the eyes. “Yes.”

“What kind of proposal?”

He gave me a crooked grin. A grin
which once fired was a heat sinking missile straight to my long ignored clit.

I didn’t get a chance to give him my
answer. He turned and walked off in that purely male swagger of his.

I blew some of the straggling strands
of my hair from my face, and pondered Mr. Hall wanting to discuss a proposal
with me. I couldn’t imagine what in the world he would want to talk about.
Shock, mixed in with curiosity coursed through my mind as I sat, staring what
had to be blankly, at the wall.
Drinks. He said, ‘drinks.’
The
bing
on my computer snapped me out of my ponderings. The sound reminding me of the
work I had to do, not to mention the emails I needed to read. I could not
afford to waste any more time.

My day continued with the same ease,
ha,
ha
, in which it began. After lunch, of which I skipped and worked through,
I tried to rally only to find the copier jammed. With this brilliant
revelation, I was forced to walk down two flights of stairs, tucking file
folders under my arm, as upbeat Christmas carols rang out in a taunt through
the overhead speakers. When you’ve been reprimanded. Put on your bosses
permanent shit-list. Given an almost impossible deadline. Look like a wrinkled
bush woman. Are hungry, lacking in good sleep, and you can’t even remember
great sex, you’re not in the mood for
Fa-la-la-la-la, la-la-la-la.

In retrospect, I should have waited
for the elevator, but I didn’t take the time to wait. So once I arrived on the
third floor, being out of breath and in a hurry, I dropped all my records
before I made it to the ad department’s copy room. What I had to copy wasn’t
really that pressing, but what I needed to get filed into archives was.

Skillful, Grace
. I bent down
in a rush. Quickly, I swiped a hand over my face to brush back falling hair
from my eyes, all the while reaching with my free hand for the scattered
documents. For a brief moment I wondered if my day could actually get any worse
then decided to forgo that thought. After all, with my current track record I
didn’t want to tempt fate. Cursing under my breath, I gathered up the
paperwork and folders from the floor. That’s when it happened. I stubbed
my finger on the baseboard and broke a nail. Oh, not just a mere break or
slight chip, but a full on into the quick extravaganza.

I stood up. Grasping my finger in a
useless endeavor to stop the pain, I spun around. The files, which were quickly
becoming the latest blight, started to slip. Oddly clutching documents along
with my index finger, I ran right into…
him.

Mr.
Hall reached out to grab my arms, steady me.
“Still
having a bad day, I see.”

“It would seem so,” I replied.

“Here,” he said, taking my tangled
mess of files into hand, “let me help you.”

I followed behind him, feeling very
frumpy, a tad out of place, in pain as if someone was sticking a red hot skewer
under my nail, and a whole lot of starved. He walked with my afternoon work
load into the copy room of the advertising department. All I could do at
the moment was pray my stomach did not growl like a Yeti.

“How was the secretarial lunch
party?”

I tried to keep my eyes off his
well-formed ass, I really did, I promise. But I couldn’t help but notice how
well he wore his black Armani suit, nor how he possessed a sensual, confident
quality about him.

“The Christmas party, Grace. How was
it?”