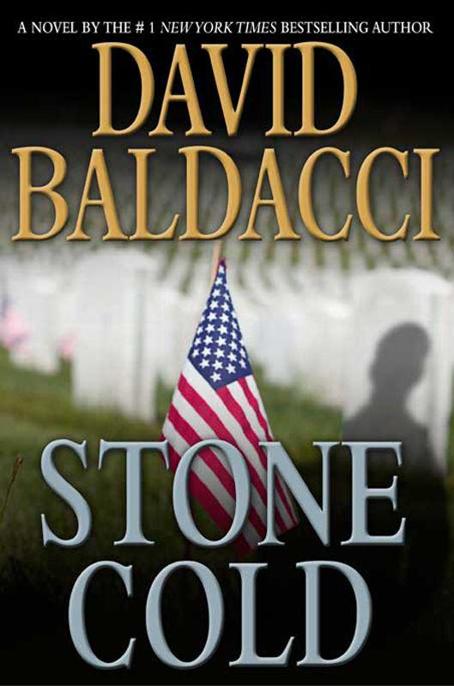 All rights reserved. Except as permitted under the U.S. Copyright
Act of 1976, no part of this publication may be reproduced,
distributed, or transmitted in any form or by any means,
or stored in a database or retrieval system, without
the prior written permission of the publisher.

To the memory of Frank L. Jennings,

who meant so much to so many.

H
ARRY
F
INN ROSE
as usual at six-thirty, made coffee, let the dog out into the fenced backyard for its morning constitutional, showered, shaved, woke the kids for school and oversaw that complicated operation for the next half hour as breakfasts were gulped, backpacks and shoes grabbed and arguments started and settled. His wife joined him, looking sleepy but nonetheless game for another day as a mother/chauffeur of three, including a precocious, independent-minded teenage boy.

Harry Finn was in his thirties with still boyish features and a pair of clear blue eyes that missed nothing. He’d married young and loved his wife and three children and even held sincere affection toward the family dog, a floppy-eared golden Labradoodle named George. Finn was an inch over six feet tall, with a long-limbed, wiry build ideally suited for speed and endurance. He was dressed in his usual faded jeans and shirttail-out clothing. And with round eyeglasses on and his intelligent, introspective expression, he looked like an accountant who enjoyed listening to Aerosmith after a day of crunching numbers. Although he was amazingly athletic, living by his wits was actually how he put bread on the table and iPods in his kids’ ears, and he was very good at his work. Indeed, there were very few people who could do what Harry Finn could. And live.

He kissed his wife good-bye, hugged his kids, even the teenager, grabbed a duffel bag that he’d placed near the front door the night before, slid into his Toyota Prius and drove to National Airport on the Potomac River right outside of Washington, D.C. Its official name had been changed to Ronald Reagan Washington National Airport, but to the locals it would be forever simply National. Finn parked in one of the lots near the main terminal building, whose chief architectural feature was a series of connected domes copied from Thomas Jefferson’s beloved Monticello. Bag in hand, he trudged across a skywalk into the sleek interior of the airport. Inside a restroom stall he opened his duffel, pulled on a heavy blue jacket with reflective stripes on the sleeves and a pair of blue workpants, slid a pair of orange noise mufflers around his neck and clipped the official-looking ID badge onto his jacket.

Employing a standard turnstile crash maneuver, he inserted himself into a herd of airport employees trekking through a “special” security line. Ironically, this line lacked even the cursory level of scrutiny forced on ordinary passengers. Once on the other side of the barrier he bought a cup of coffee and casually followed another airport worker through a secure door to the tarmac area. The man actually held the door open for him.

“What shift you working?” Finn asked the man, who told him.

“I’m just coming on,” Finn said. “Which would be okay if I hadn’t stayed up for the damn football game.”

“Tell me about it,” the man agreed.

Finn skittered down the metal steps and walked over to a 737 that was being prepped for a short-haul flight to Detroit with continuing service to Seattle. He passed several people along the way, including a fuel man, two baggage loaders and a mechanic inspecting the wheels of the Michigan-bound plane. No one confronted him because he looked and acted as though he had every right to be there. He made his way around the aircraft as he finished his coffee.

He next walked over to an Airbus A320 that would be on its way to Florida in about an hour. A baggage train was parked next to it. In one practiced motion, Finn pulled the small package from his jacket and slipped it into a side pocket of one of the bags stacked on the train. Then he knelt next to the plane’s rear wheels and pretended to check out its tire tread. Again, people around him took no notice because Harry Finn exuded an air of a man perfectly at home in his surroundings. A minute later he was chatting up one of the ground crew, analyzing the prospects of the Washington Redskins and the deplorable state of employment for those toiling in the aviation industry.

“Everyone except the head honchos,” Finn said. “Those bastards are printing money.”

“You got that right,” the other man said, and the two did a little knuckle smack to seal their solemn agreement on the disgusting greed of the rich and the ruthless who ruled the not-so-friendly skies.

Finn noted that the rear cargo hatch of the Detroit flight was now open. He waited until the handlers left with their train of luggage carts to fetch the bags and then climbed up on the lift parked there. He slipped into the cargo hold and inserted himself into his hiding place. He’d already picked it by studying interior cargo schematics of the 737 series, which were readily available if one knew where to look, and Finn clearly did. He’d also learned from open source research on the Internet that this plane was only going to be half full so his added weight in the rear would not be an issue.

While he lay curled in his hiding place the plane was loaded with fat bags and stressed passengers, and then it was wheels up to Detroit. Finn rode comfortably in the pressurized cargo hold, although it
was
a bit cooler here than in the main cabin and he was glad of the thick jacket he wore. About an hour after takeoff the plane landed and taxied to the gate. The cargo door was opened a few minutes later and the baggage offloaded. Finn patiently waited for a bit after the last bag was removed before he came out of concealment and peered through the open aft door. There were people around, but none looking his way. He climbed off the plane and dropped to the tarmac. A minute later he noticed a pair of security officers heading in his direction, sipping coffee and gabbing. He reached in his pocket, pulled out a lunch bag, took out a ham sandwich and began eating it as he walked away from the plane.

When the two guards passed him he nodded. “You regular coffee drinkers or is that half-caf caramel latte with a twist and four shots of who the hell knows what?” He grinned with his mouth full of ham sandwich. The two cops chuckled at his remark as he walked off.

He entered the terminal, went to a restroom, took off his jacket, ear mufflers and ID badge, made a quick phone call and marched to the airport security office.

“I put a bomb in a bag that was loaded onto an A320 at National Airport this morning,” he explained to the officer on duty. “And I just rode in the cargo hold of a 737 from D.C. I could’ve downed the plane anytime I wanted.”

The stunned officer was not wearing his weapon, so he leaped over the desk to tackle him. Finn neatly sidestepped this attack, and the fellow sprawled on the floor screaming for help. Other officers poured out of the back room and advanced on Finn, guns drawn. Yet Finn had pulled out his credentialing letter before the pistols had even appeared.

At that instant the door to the office flew open and three men strode in, their federal badges held high like the scepters of kings.

“Homeland Security,” one of the men barked at the guards. He pointed at Harry Finn. “This man works for us. And somebody’s in a shitload of trouble.”

“
G
REAT JOB
, H
ARRY
, as usual,” the head of the Homeland Security team said later, clapping Finn on the back. People had been screamed at and reports filed, e-mails fired off and cell phone batteries sucked dry as the clear lapses in airport security revealed by Harry Finn had been broadcast to all appropriate parties. Ordinarily, Finn would not have been tasked by the Department of Homeland Security, or DHS as it is commonly known, to execute an airport security breach because the FAA kept a stranglehold on that field. Finn suspected it was because the FAA boys were well aware of how many flaws there were in the system and didn’t want anyone outside their domain to realize it as well. However, folks at DHS had managed to get authorization to do this one, and picked him to pull the trigger.

Finn wasn’t an employee of DHS. The firm he worked for had been retained by the agency to test the security strength of both government and sensitive private facilities around the country. They did this using a hands-on, head-on approach: They tried to breach the places any way they could. DHS did a lot of this type of outsourcing. They had roughly a $40 billion annual budget and had to throw the money somewhere. Finn’s firm got a little out of this business, but then even a little slice of billions was a nice revenue stream.

Normally Finn would have left the airport without revealing what he’d done and let the chips fall. However, DHS, obviously fed up with the state of airport security and no doubt wanting to make a robust statement, had instructed him to go in and confess so they could dramatically storm in after him and make a big splash. The media would be salivating and the airline industry reeling, and Homeland Security would look very efficient and heroic. Finn never got in the middle of that. He did not give interviews and his name was never in the newspapers. He just quietly did his job.

He
would
conduct a follow-up briefing for the airport security personnel he’d just run rings around, trying to be both encouraging and diplomatic in assessing their performance or lack thereof and recommending changes in the future. Sometimes the briefing sessions were the most dangerous things he did. People could get very ticked off after finding out they’d been both snookered
and
embarrassed. In the past Finn literally had had to fight his way out of a room.

The DHS man added, “We’ll get these people in shape somehow, some way.”

“You can wing it back to D.C. with us,” the man said. “We have an agency Falcon standing by.”

“Thanks, but I have someone here I’ve been meaning to visit. I’m going back tomorrow.”

“Right. Until next time.”

Until next time,
Finn thought.

The men left and Finn rented a car and drove into the Detroit suburbs, stopping at a strip mall. From his knapsack he pulled out a map and a file with a photo in it. The man in the picture was sixty-three years of age, bald with several distinguishing tattoos, and went by the name Dan Ross.

It wasn’t his real name, but then neither was Harry Finn’s.