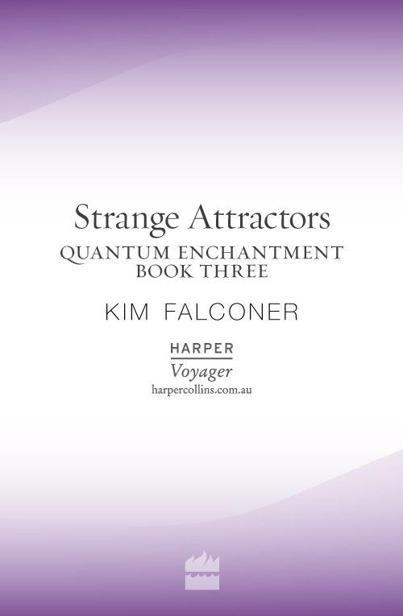 In memory of Matthew & Xe’nedra Grace 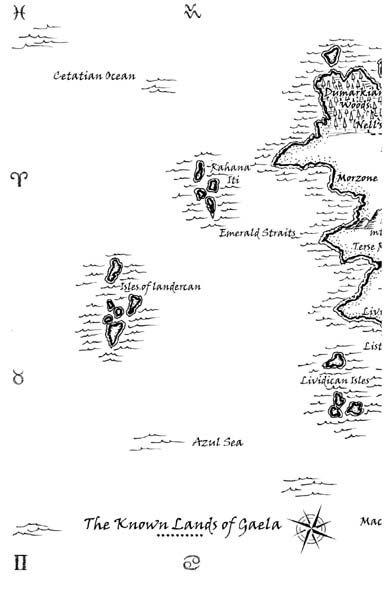 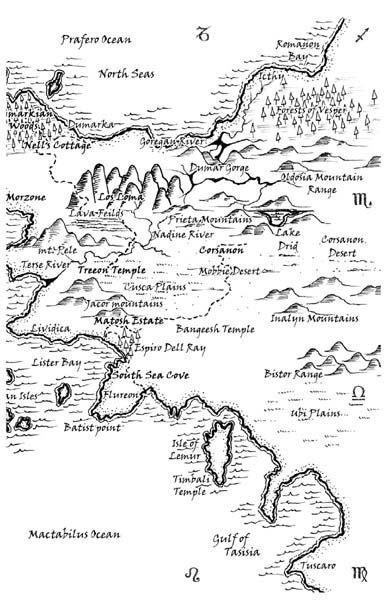 A strange attractor is a pattern that appears chaotic, random in both trajectory and purpose, until seen from the right perspective.

‘
D
emons,’ Rosette whispered. She gripped the rock face, her fingers cramped into spider shapes. The sun was scorching hot. Her clothes stuck to her back, sweat dripping down her spine. She didn’t know how much longer she could hang on. Below was a red desert plain marked only by the wrought-iron gates of Temple Los Loma and the boulders that concealed the portal. Her familiar paced in front of them, pausing every few strides to look up.

Her boot slipped and she hung midair.
I’m fine, Drayco.
She caught her breath and found better footing.
Can you see them yet?

I can, Maudi, and if you want to stay concealed, I suggest you hurry things along.

Drayco had made it look easy; he’d scampered down the cliff then waited for them to catch up. Teg
wasn’t so sure. He had suggested they shape-shift, her flying to the portal while he followed Drayco’s descent in wolf form, but Rosette had cautioned against it. The shock wave from the transformation could be felt for a fair distance, like sounding an alarm. What they wanted was stealth. How hard could the climb be?

Harder than I thought.
Rosette swallowed the dust in her throat and looked up. ‘Teg, we have to jump!’

‘From here?’ He was squeezed into a narrow crevice, loose dirt breaking free as he tried for a better grip.

‘Easy for you to say. You’re ten feet closer.’

‘There’s no more time.’ She took a breath and let go, pushing back from the rock wall as she launched. The ground came up to greet her sooner than she expected, jolting her legs and spine. She tucked into a backward roll as Teg landed in front of her.

Finally, Maudi.
Drayco rubbed his cheek on a nearby rock.
They come.

‘Where?’ Teg looked at the open expanse. ‘They’ll know if we go through the portal now.’

‘Not the portal. Come closer, both of you,’ she said as she dusted herself off. ‘And don’t move.’

‘You’re going to weave a glamour out here?’ Teg asked, rubbing his elbow. ‘They’ll spot it, won’t they?’

‘Not if you stop talking and keep still.’ She visualised a circle around her body and pulled him in. ‘Slow your breathing. Think calm thoughts.’

Drayco sat in front of them, his tall ears pointed forward.
There’s no more time. Make the curtain now, Maudi.

She threw the enchantment around them like a cape and there, in front of the gates of Temple Los Loma, it
settled over their heads and they disappeared. A moment later Kreshkali and Jarrod came into view, striding along the track. They were on foot and travelling light—backpacks and swords—their long cloaks flowing out behind them. They were overdressed for the desert, but not for where they were going. Rosette reinforced the glamour. Three ravens winged in, cawing and scolding. One landed on Kreshkali’s shoulder. The other two perched on the rocky outcroppings that marked the entrance to the portal. As the birds shuffled their wings and settled, heads tilting this way and that, Rosette reminded herself to breathe.

From inside the enchantment, the world took on a violet hue—the glamour filtering out all but the shorter waves of light. It created a surreal ambiance, her only hint that the spell was working. From the outside, she hoped it was having the desired effect—a seamless blending of the rock wall with no hint of their presence. Instead of seeing Rosette, her temple cat and the young Lupin a hand’s reach away, Kreshkali and Jarrod would notice only the dry red landscape and the crevice that housed the portal. The sun baking down from its zenith cast no shadow and the hot breeze blew right through them.

The glamour didn’t actually make them vanish. That would have been the most effective way to weave the concealment, but neither Rosette nor Teg had mastered the technique. Her glamour simply absorbed the light normally reflected from their bodies; with nothing to bounce off, nothing could be seen. It took only a small additional conjuring of the Elementals to paint the landscape behind them. It was a good spell for the occasion but she strained to hear what they were saying. The glamour filtered sound waves as well.

Do you know what they’re talking about, Drayco?
She let the thought slip through her mind shield.

They’re talking about the Lupin.

Not him. The one headed this way.

Teg shifted behind her.

Hold still!
she cautioned him.

I see that. Just relax. It’ll be all right.

Not if we’re caught.

Hotha loped towards them, shifting from wolf form to human as he came to a halt. The shock wave rushed past, stirring her hair. She closed her eyes, concentrating on the glamour, glad the Lupin was more intent on talking than observing the environment. Hotha was the leader of the Lupin clan on Earth and apparently he had much to say to Kreshkali before she left. Jarrod looked on. Rosette was relieved the glamour worked for him as well. Because he was a quantum sentient, his visual consciousness could perceive energy regardless of the light spectrum. All he had to do was tune into it. Fortunately, his focus stayed on the others.

Hotha was having a tête-à-tête with one of Kali’s ravens. He smiled, bowing with what looked like an apology. Rosette took a step closer to the edge of her glamour and pressed her ear against the violet barrier.

‘Your apprentices are safely tucked away in Dumarka then?’ Hotha asked Kreshkali.

‘They’d be scathing to hear you put it that way, but yes. They went last night.’

He nodded, giving her a sly smile. ‘Good luck in your search, my queen. Be safe. The corridors…’

They embraced, kissing in the traditional manner of Gaelean temple witches—both cheeks and then the lips. Kreshkali didn’t step out of his arms immediately. She whispered something Rosette couldn’t catch before slipping into the portal behind Jarrod and the ravens. The plasma ripples jumped out—a lightning-flash greeting—and they were gone.

Hotha remained for some time, staring into the portal that had turned again into an unremarkable rock formation, a fissure in an otherwise banal landscape. As she held the glamour in place, he shifted his view, focusing on where she stood.

Don’t think!
she cautioned both Teg and Drayco, sending the message directly to their minds.
Shield!

Hotha continued to stare until he turned around, shaking his head and chuckling. ‘Fynn, lad. I said to stay.’

Maudi, this could be a problem.

I see that, Dray.

Fynn came loping up, tongue lolling. He may have stayed for a while but the little hunting dog clearly didn’t want to be left behind. He had a particular attachment to her and Drayco. She hoped it wasn’t so strong he would sniff them out.

‘What is it, boy?’ Hotha said when Fynn sniffed, his tail going in circles. He was trotting back and forth in front of the portal, right where Rosette and Teg touched down from the cliff. ‘You missing your people? Come on then, you’ll join my pack.’

Fynn’s head went up and he sat, barking once, his tail sweeping the ground. If Hotha continued to speak
to the dog, Rosette didn’t hear. They were moving away; she let out her breath.

That was lucky
, Teg said.

There wasn’t much of a shock wave when Hotha shifted back to wolf form, the blast diminished by her glamour. He trotted through the gates, Fynn on his heels, and headed back to Temple Los Loma. When he was out of sight, Rosette relaxed, allowing the spell to disperse. Sweat dripped down her brow and she wiped it with the back of her hand. ‘Close one.’

Teg clapped her on the shoulder, letting out a whistle. ‘That’s the best glamour I’ve ever seen,’ he said, keeping his voice low. ‘Hotha was staring right at me and didn’t suspect a thing.’