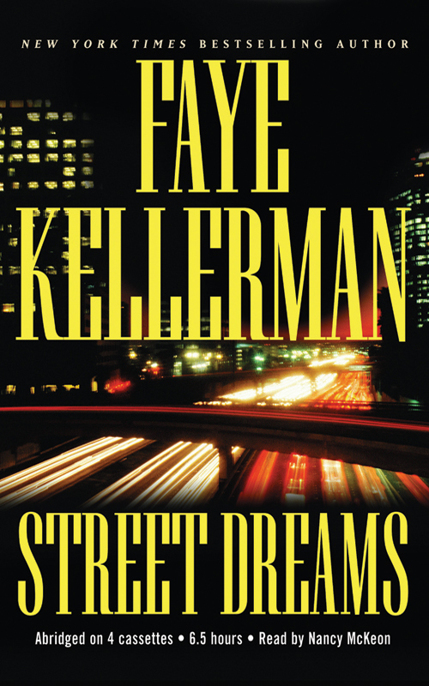 Prayers for the Dead

B
ecause the murder had
been kept “secret” for so long, it had taken on mythological proportions. Yet here was the proof, the tangible evidence that
it really had happened. In the dead of night, in the privacy of her own home, Rina gingerly slit open the manila envelope
postmarked from Munich and, with shaking hands, pulled out the papers within, photocopies of documents dated from the late
1920s. Mama had always said she was ten when it happened, but now it appeared that she’d been even younger. The faded writing
would be almost indecipherable even if it had been in English. It was going to take more than her knowledge of Yiddish to
make out the text.

The envelope had arrived in the late-afternoon mail. This was her first opportunity to view the pages without the kids or
Peter as distractions.

She hadn’t told him. It had happened so spontaneously, during one of Rina’s solo strolls through the Bavarian capital, getting
some air while he had been sleeping off jet lag. She had taken the walk to shake off that niggling restlessness plaguing her
since the plane had touched down on German soil.

To think that she had chosen Munich for leisure. Then again, she’d had only one week to plan something, so her options had
been limited. Mainly, she had given in to laziness. She had been so tired after New York’s ordeal that she was more than willing
to leave it up to a third party. And it wasn’t as if she and Peter had any choice. Peter was on the verge of total shutdown.
They
needed
to get away.

Things were better now—or so she told herself—but were still far from normal. Rina had been privy only to the superficial
facts, to what Peter had told his superiors and the press about the murders and his being shot. But there was much more lurking
in his gray matter. Incidents that he didn’t choose to share with her, though thankfully, he had done some talking to his
cop brother, Randy.

God bless Randy. He had demanded that they go, and go alone, assuring them that he’d watch over Hannah so that Peter’s parents
wouldn’t have to shoulder the entire burden alone. It had been desperation that led them to Europe, to a week in Munich with
everything set up by Rina’s friend Ellen Nussburger.

I can’t believe I’m actually agreeing to this,
Rina had told her.

You won’t be sorry,
Ellie had responded.
It won’t be anything like you think.

But it had been like she’d thought, her gut constricting as soon as she’d heard German as a living language. She had purposely
declined going to Dachau. What Peter didn’t need was more destruction in his life, or in her life—come to think about it.
But there remained a certain heaviness throughout the week, because it was impossible to walk the cobblestones of Kaufingerstrasse
in the Marienplatz without thinking about all the Jewish blood that had been spilled on German soil. Every time they passed
the Hofbrauhaus beer hall, it was as if ghosts were belting out the “Horst Wessel Song.”

The saving grace was Ellie’s work. Here was a woman who was trying to build up a religious Jewish community, not toss it into
the furnace. The fact that Ellie and her husband, Larry, chose Germany was a testament to their nonconformity, but that was
Ellie to a T. Rina remembered their years together in school, in kindergarten when both of them had been five years old and
it had been Purim. All the other girls had dressed up as Queen Esther or some other unnamed princess. There were also a few
ballerinas, several clowns, and a couple of butterflies. Ellie had come to school wearing a homemade costume that wasn’t much
more than a sack. It was designed in sandwich-board style with two sides. The front was imprinted with a blue sky and white
fluffy clouds with a big felt sun stuck in the center. The back fabric was black and glitter-studded with a crescent moon
in the corner.

What are you?
Amy Swartzberg had demanded to know of Ellie.

Ellie had retorted in her most adult voice:
I am
Bereshit—
the creation of the sun and the moon. It’s a
conceptual
costume!

Rina had no idea what conceptual meant, but by the way Ellie had stated the word, conceptual had to be pretty darn important.

From the moment they had arrived overseas, Ellie greeted them with such warmth that soon Rina’s misgiving melted and it was
old times again. Ellie’s enthusiasm was infectious.

This is Hitler’s worst nightmare, Rina, a resurgence of Jewish life where the Nazi party was born.

Not a particularly
big
resurgence, Rina thought, but everything had to start somewhere. Munich had several synagogues, a small kosher shop owned
by a Moroccan French Jew in the main Viktualienmarkt, a kosher bakery in Schwabing, and a kosher restaurant in the old Isarvorstadt
area. The Bavarians were a particularly unique lot. When they thought she and Peter were Americans of possible German descent
because of their surname Decker, they were outgoing and friendly, boastful and proud. But the minute she spoke to them in
Yiddish, a clear indication that she was Jewish, most probably with relatives from “that other period,” they’d remain polite
but the conversation turned stilted, their words carefully chosen.

Still, it had been a different adventure, more soul-searching if not rip-roaring fun. And there had been some breathtaking
scenery, the two of them exploring the countryside and the foothills of the Alps, holding hands and sipping tea from a thermos
while hiking through the wet foliage, with spring just around the corner. The rushing streams and the incredible vistas seemed
to be a balm to Peter’s troubled mind.

And yet the more relaxed he became, the more she tensed internally. Germany was not only the land of her national destruction,
but was also the soil of a personal catastrophe—an unexcised cancer on her mother’s soul. What mystical forces had led her
into that police station some two months ago, asking the Munich desk sergeant where could she find information about a seventy-five-year-old
crime? At the time, all Rina had wanted to do was provide her aged mother with some peace of mind. Now she wondered if she
wasn’t stepping into a hornet’s nest.

There was no reason to pursue what had become a cruel distant memory in an old woman’s mind. But as she scanned the pages
of the crime report, reading her grandmother’s name Regina—Rina’s English name—followed by the word “
totschlag
”—homicide—she knew with surety that she had to see this through.

I
saw him frantically
waving the white flag, a man admitting defeat. As I pulled the cruiser into one of the alley’s parking spaces, blocking a
silver Mercedes S500, I realized that the banner was, in fact, a napkin. He wore a solid wall of white, the hem of a long,
stained apron brushing his white jeans midshin. Though it was night, I could see a face covered with moisture. Not a surprise
because the air was a chilly mist: typical May-gloom weather in L.A. I radioed my whereabouts to the dispatcher and got out,
my right hand on my baton, the other swinging freely at my side. The alley stank of garbage, the odor emanating from the trash
bins behind the restaurant. The flies, normally shy in the dark, were having a field day.

The rear area of The Tango was illuminated by a strong yellow spotlight above the back door. The man in white was short, five-seven
at the most, with a rough, tawny complexion, a black mustache, and hands flapping randomly. He was agitated, talking bullet-speed
Spanish. I picked up a few words, but didn’t ask him to stop and translate, because I heard the noise myself—the high-pitched
wails of a baby.

“Aquí, aquí!”
He was pointing to an army-green Dumpster filled to the brim with blue plastic refuse bags.

“Call 911.” I ran to the site and pulled out several bags, tearing one open and exposing myself to a slop of wilted salad
greens, mushy vegetables, and golf balls of gray meat and congealed fat. As I sifted through the trash, my clean, pressed
uniform and I became performance art, the deep blue cloth soaking up the oils and stains of previously pricey edibles. “I
need help!
Necesito ayuda! Ahorita.
”

The crying was getting louder and that was good, but there was still no sign of the wail’s origin. My heart was slamming against
my chest as I sorted through the top layer of bags. The bin was deep. I needed to jump inside to remove all the bags, but
I didn’t want to step on anything until I had checked it out. Three men came running out of the back door.

One went back inside, the other two began pulling out bags.

“Careful, careful!” I screamed. “I don’t know where it is!” I used the word “it” because it could have been a thrown-away
kitten. When agitated, felines sound like babies. But all of us knew it wasn’t a cat.

Finally, the ladder appeared and I scurried up the steps, gingerly removing enough bags until I could see the bottom, a disc
of dirty metal under the beam of my flashlight. I went over legs first and, holding the rim with my hands, lowered myself
to the bottom. I picked a bag at random, checked inside, then hoisted it over the top when I satisfied myself that it didn’t
contain the source of the noise.

Slow, Cindy,
I told myself.
Don’t want to mess this up.

With each bag removed, I could hear myself getting closer to the sound’s origin. Someone had taken the time to bury it. Fury
welled inside me, but I held it at bay to do a job. At the bottom layer, I hit pay dirt—a newborn girl with the cord still
attached to her navel, her face and body filthy, her eyes scrunched up, her cries strong and tearless. I yelled out for something
to wrap her in, and they handed me a fresh, starched tablecloth. I wiped down the body, cleaned out the mouth and nose as
best as I could, and bundled her up—umbilicus and all. I held her up so someone could take her from me. Then I hoisted myself
up and out.

The man who had flagged me down offered me a wet towel. I wiped down my hands and face. I asked him his name.

“Good job, Señor Delacruz!” I smiled at him.
“Buen trabajo.”

The man’s eyes were wet.

Moments later, the bundle was passed back to me. I felt grubby holding her, but obviously since I was the only
woman
in the crowd, I was supposed to know about
these
kinds of things.

Knots And Crosses by Ian Rankin
The Corporate Escape by Drake, Elizabeth
The Law Of Three: A Rowan Gant Investigation by M. R. Sellars
Yamada Monogatori: The Emperor in Shadow by Richard Parks
Byrd by Kim Church
Power: Special Tactical Units Division (In Wilde Country Book 3) by Sandra Marton
Love Story: In The Web of Life by Ken Renshaw
The Little Mermaid (Faerie Tale Collection) by Jenni James
Scones and Sensibility by Lindsay Eland
The Time Fetch by Herrick, Amy