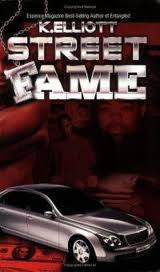 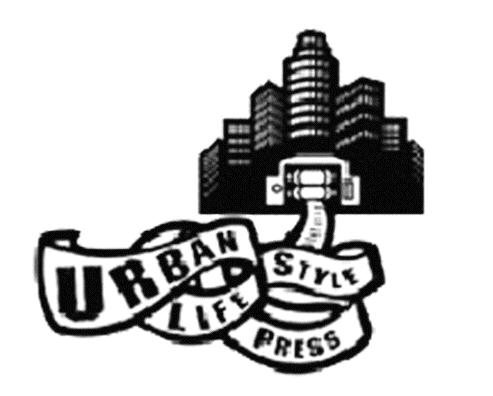 All rights reserved. No part of this book may be reproduced or transmitted in any form or by any means, electronic or mechanical, including photocopying, recording, or by any information storage and retrieval system without the written permission from the publisher or author, except for the inclusion of brief quotations in a review.

This is a work of fiction. It is not meant to depict, portray or represent any particular real persons. All the characters, incidents and dialogues are the products of the author’s imagination and are not to be constructed as real. Any resemblance to actual events or person living or dead is purely coincidental.

I would like to thank God. Without God nothing is possible. My parents Otis and Margaret Douglas, Sharon Fincher, thank you for everything, my assistant Sumayah, Ron and Jackie Hargette, Melvin and Shana Wilson; (Melvin you are the best friend a guy could have, very loyal and supportive; they don’t get no better than you). Nakea Murray; the best book publicist in the business, here’s another bestseller, we are going to the top baby! Toni Green and Pricilla from Pretty Special Inc. Les Bird; thanks for your proofing and input, Rakeeda Leaks thanks for your proofing, James B. Sims of the Inkeditor Staff, thanks for the editing. Author Thomas Long, you are the man; keep holding it down in B-Moore. La Jill Hunt; do your thang Drama Queen. Danielle Santiago; my homie, keep getting down for yours; we’ll meet at the top. Tushonda Whitaker, you have a bright future. I just wish I had half your work ethic; you’re a true talent. Hallema, what can I say about you? ... I don’t know where to begin. I’m glad to have a friend like you. Over the last couple of years we have grown to have a brother-sister relationship. I am blessed to have a friend like you to tell me when I’m wrong because you know that no one can tell K. Elliott anything. But for real; thanks for being down for your boy. Jamise Dames, Treasure Blue, Nikki Turner, K’wan, Shannon Holmes, Mark Anthony Eric Gray, Anna J, Shawna Grundy, Autumn Knight, S.W. Smith, Brandon McCalla, and every other author that I’ve met along the way. Peace out.

-Black was the neighborhood stickup kid. Jason Black had
Prologue

started his robbing career at the age of nineteen. He had held up seventeen convenient stores but had been convicted of only two of them. He’d served a mandatory eight years before being released at the age of twenty-six. After getting out of prison, he decided that convenient stores wasn’t the way to go. Drug dealers were. They were easy prey, and they weren’t likely to go to the police for fear of being exposed.

J-Black was a small guy. He was about five nine in height and chiseled from his penitentiary stay. He had a long scar on his neck from a stabbing that had happened in the pen during a fight.

He and Twin met at Burger King to discuss the plans for a robbery over Whoppers and fries. “So who the fuck is this nigga?” J-Black asked.

ketchup on his fries. He licked a dab that had gotten on his greasy fingers.

“Yeah, the nigga got it like that. I mean, he’s getting bricks. You know what I mean?”
J-Black squinted his eyes. “So what the fuck do you want out of the deal?”
“I just want you to split everything with me for putting you up on the lick.”
J-Black looked at Twin’s Rolex—white gold with a diamond bezel. “Don’t look like you doing too bad yourself.”
“I’m doing okay.”
“Can I see that watch?”
Twin thought about it for a moment.
“Nigga, why you hesitating? Let me see the watch.”
“I’m not hesitating; I’m just thinking.” Twin sipped his drink then took a bite of his Whopper. Then he took the watch off and passed it to J-Black.
“This is a real nice watch. Let me wear it; I’ll give it back in a couple of weeks.”
“No. Give me my watch back.” Twin said as he reached for the watch.
But J-Black had put the watch on his wrist. “Nigga, you gonna trip about a petty- ass watch and I’m about to get this nigga for bricks.”
“Naw, I ain’t tripping. Just make sure I get half.”
“Okay, the nigga lives on the lake. Where?”
“The Peninsula.”
“The Peninsula? How the fuck did he get his ass up there and those crackers ain’t called the police on his dope-dealing ass yet?”
Twin shrugged. “I don’t know, but the best way to get him is to follow him home.”
“From where?”
“My house. I’m supposed to meet him in the morning. When he’s on his way, I’ll let you know.”
J-Black finished his Whopper in two bites. He left wearing Twin’s watch.

ommy found solitude at the lake. Fishing had been one of his favorite hobbies since he was a kid. It was one of those things that he used to like doing with his mama. She was a country girl who loved to fish and cook. She first took him to the lake, where she’d given him his first fishing pole, at the age of seven. At the age of eight he had gotten his first fishing reel. Back in those days, they would come out to the lake and fish for meals. Now, Tommy liked fishing for the peace of mind he got every time he came to the lake. This is where he would reflect upon his life.

Today, when he arrived at the lake, he was still thinking about Nia and what she’d said about his mother being dead. It took every ounce of his self-control to keep from punching her in the mouth. He thought about his mother’s complications with breast cancer. She was only forty-eight when she passed a couple of years ago.

He’d chosen to stand on the bank today rather than get in his boat. He had been standing on the bank for ten minutes before he got a bite—a largemouth bass. He heard the sounds of a car stereo coming from over the hills. Rap music.

A few minutes later his friend Twin appeared. “Fatboy, I say what’s up nigga. Figured you were down here.”
Fatboy had been his nickname since he was in the first grade. It had been given to him by his mama’s boyfriend, J.C., the only father Tommy had ever known. Six years ago, J.C. was given ten years for rape. Tommy still visited and sent him money once a month.
Tommy turned and smiled. “What’s up, Twin?”
“Not much. Had to get out of the house before I fucked Nia up.”
“I know what you mean. I want to fuck my girl up a lot of times.”
“Don’t they make you mad?”
Twin lit a cigarette. “Hell yeah.”
“How do you keep from fucking your girl up?”
“I just get the hell out of the house like you did.”
Tommy felt more tugging on his reel. His stopper sank, indicating that there was something on his line. Another bass. Tommy struggled a little before pulling the bass out of the water.
“Damn, nigga. That’s a pretty big one.”
Tommy took the fish off the hook and tossed it in the bucket.
“Why do you still come down here? I mean, you have so much money now. Why not go buy fresh fish to eat.”
“I do this for fun—a stress reliever. I don’t even eat fish no more. Don’t you still have something that you like to do from when you were a kid?”
“Not really,” Twin said. “All I want to do is keep making this dough.”
“I know what you mean. I’m just about ready to go back to Miami to get more product.”
“What’s the problem?”
“We don’t have anybody to bring it back to Charlotte.”
“That can’t be the only problem.”
“Yes, it is.”
Twin blew out a ring of smoke then squinted his eyes.
Tommy knew that look. He had seen it ever since he was six years old. “So what do you have in mind?”
“I know a couple of bitches that wouldn’t mind making some extra money.”
“How we gonna get it back, nigga? I mean, security is too tight. On the news, some cats from Colombia were trying to bring it in through the airport. And here is the funny part about it: They had it in their stomachs. They were caught by customs, taken to the hospital, and had their stomachs pumped. Then they were arrested.”
“Yeah, somebody told on them.”
“You are a fucking genius, Twin.”
“You don’t get it, do you, nigga? Those cats were probably low on the totem pole, and somebody gave them up so the big package could get through.”
“Yeah, right. You’ve been watching too much television.”
“But don’t worry about transporting the dope back—‘cause I’ll be responsible for that.”
“We are talking about twenty kilo’s, nigga. This ain’t no small-time.”
“Nigga, just trust me. I can get it back.”
“How you gonna do that?”
Twin’s eyes squinted again. “I told you I got some broads that are in desperate need of money.”
“So let’s leave in the morning.”
“Let’s do it.”

Tommy, JoJo, Twin, and Jennifer stepped off the plane in Miami at 10:15 a.m. Tommy rented an SUV. They drove it to South Beach and checked into the South Seas Hotel.

Two hours later the girls arrived. Nicole and Sandy were very attractive. Twin introduced them to JoJo and Tommy.
“So… we gonna have some fun or what?” Twin said with his girlfriend Jennifer clinging to his arm. She was whiter than most Caucasians—blonde hair, blue eyes, perfect white teeth, and a physically fit body. It was important for her to be in shape; she was a stripper at the Uptown Carousel.
“I want to go to the club. All the rappers be hanging out down here,” Nicole said.
“What club is that?” Twin asked.
“Club Z-No.”
“We can do that, but first we need to go shopping to make sure everybody is looking like a million bucks,—‘cause tonight the sky is the limit. We’re going to VIP, and we’re going to drink champagne and just celebrate life. We’re young and we are going to have fun tonight.” Twin smacked Jennifer’s ass.
Nicole rubbed JoJo’s hairy chest. Sandy smiled at Tommy.
At the mall, the girls went on a mini shopping spree. Tommy had gotten upset because he felt they were spending too much money on the girls.
Twin pulled him aside. “Listen, nigga. We gotta get these bitches whatever they want.”
“What are you talking about?”
“They’re going to make sure the twenty kilos get back.”
“I still don’t understand,” Tommy said.
Twin patted him on the back. “Don’t worry about it. Just relax and let me handle this.”
*****

Claiming His Fate by Ellis Leigh
The Hunters by Chris Kuzneski
VampireMine by Aline Hunter
PRIVATE: A Military Romance Novel (Military Men Book 2) by Leila Haven
Neel Dervin and the Dark Angel by Neeraj Chand
Desires of a Baron by Gordon, Rose
The Bazaar and Other Stories by ELIZABETH BOWEN
Thirst by Ilia Bera
Entre las sombras by Enrique Hernández-Montaño
The Longest Night: A Drake Chronicles Novella by Alyxandra Harvey