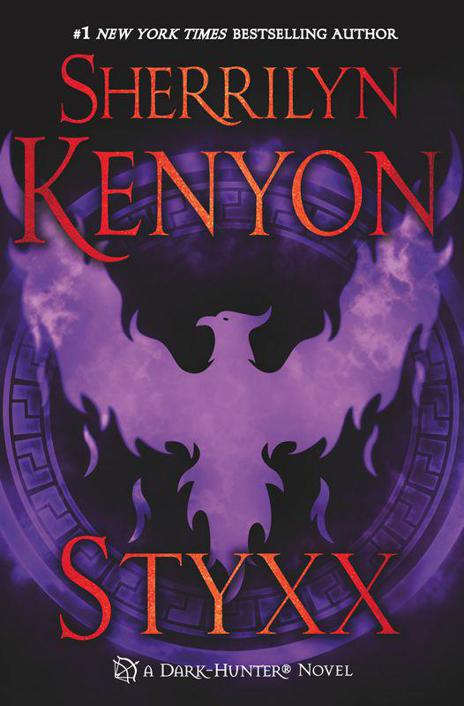 Writing about history is always a difficult prospect. To begin with historians themselves are extremely argumentative on anything that cannot be proven or that is not carved in stone … which is the vast majority of human history. Years ago, Norman Cantor wrote an amazing book called
Inventing the Middle Ages,
which goes into how a historian’s views and opinions and background greatly color their research and conclusions. I spent many years in the history field, and in professional groups of historians, and have defended enough papers and opinions/conclusions to know firsthand just how much our opinions differ and how virulently we will all defend them.

That being said, the first part of this book exists outside of any current hard archaeological evidence, and before the majority of human recorded history. There are thousands of archeological sites that are hotly debated as to their age and how advanced they were when they were thriving. Sites we, honestly, know very little or nothing about that can be interpreted numerous ways. And the historical record is written and rewritten every year as new evidence and discoveries and interpretations are introduced.

In the realm of Dark-Hunters, at the time this book takes place, the ancient world is much more advanced than the accepted human record we currently have. It doesn’t make it wrong. It simply makes it fiction.

In my series, after the death of Acheron, Apollymi blows the entire world back into the Stone Age and that is why the ancient Greece we’re taught about in school isn’t as advanced as the one I write about for Acheron and Styxx. It is not historical inaccuracy on my part, or lack of research, but rather it’s the fictional world I have created.

The Greece and Egypt of Acheron and Styxx predate our current histories for those countries. They had to, since we don’t have written records for the time of Atlantis (other than Plato’s mention of the doomed city many centuries after it’d been destroyed), never mind the thousands of years before Atlantis that made up the world of Bathymaas and Aricles.

Some of the city-states and countries in the book, such as Didymos, are fictitious while others, such as Athens and Thebes, were real. However, since we don’t have written records for this time period, and given the way cities and countries can change (sometimes very quickly), I have taken liberty with them.

Also, the Greek that Styxx and Acheron would have spoken is not the same as modern Greek or even traditional written ancient/Classical Greek. Languages are a living entity and the meanings for words are constantly changing. Such as twenty years ago to say something was “sick” would be negative. Today, it can be negative or positive depending on context. Language is always evolving. To give my fictional world a sense of realism, I incorporated that human tendency into the books.

Likewise there may be words or phrases that might be construed as modern that really aren’t. Ancient man was highly creative with their vocabulary and insults. In some cases, I have used their recorded creativity and in others, I’ve shortened it to things such as “fuck you,” which will sound current. It doesn’t mean it is strictly a modern phrase (we have numerous historical examples of its written use). In the past, they would have said it and usually embellished on the specifics. Meanwhile words such as “moron” that may sound modern are actually Greek in origin—
μωρός
—which was written in text as far back as the fifth century BC and has the modern meaning of the word. We don’t know how old such words really are, as we can only gauge their age by when they are written. But usually words and phrases are around for a long time before they make it into the written records, especially in historical times.

The only truly anachronistic term in the book is “hell,” but they did have the modern concept of hell in the ancient world, they would have just used the words
Dozakh
or
Pyriphlegethon
. For simplicity sake, I kept our modern term. Much of our current concept can be traced to ancient Zoroastrianism some 3,500 years ago. Which again means the concept was around far longer than we can prove, but that it was popularized by that religion as it spread through recorded history. The word “hell” itself goes back to medieval Norway. I have chosen to use it in the book to simplify things for modern readers and to convey the proper meanings without having to explain and give the history of every ancient, unfamiliar word. While the people of the characters’ time period would have used other words for everything they say and do, I have kept my language more modern to not bog down the reader with constant history lessons that detract from the characters and story.

My personal belief, given my extensive years of research, is that people are people and have always been people. The more things change, the more they stay the same. Back when I taught courses on ancient societies, one of the things I began the class with was the following quote from Aristophanes’s play
The Clouds
(423 BC):

Yet certainly these are those principles by which my system of education nurtured the men who fought at Marathon. But you teach the men of the present day, so that I am choked, when at the Panathenaia a fellow, holding his shield before his person, neglects Tritogenia, when they ought to dance. Wherefore, O youth, choose with confidence, me, the better cause, and you will learn to hate the Agora, and to refrain from baths, and to be ashamed of what is disgraceful, and to be enraged if anyone jeer you, and to rise up from seats before your seniors when they approach, and not to behave ill toward your parents, and to do nothing else that is base, because you are to form in your mind an image of Modesty: and not to dart into the house of a dancing-woman, lest, while gaping after these things, being struck with an apple by a wanton, you should be damaged in your reputation: and not to contradict your father in anything; nor by calling him Iapetus, to reproach him with the ills of age, by which you were reared in your infancy.

Yet certainly shall you spend your time in the gymnastic schools, sleek and blooming; not chattering in the market-place rude jests, like the youths of the present day; nor dragged into court for a petty suit, greedy, pettifogging, knavish; but you shall descend to the Academy and run races beneath the sacred olives along with some modest compeer, crowned with white reeds, redolent of yew, and careless ease, of leaf-shedding white poplar, rejoicing in the season of spring, when the plane-tree whispers to the elm.

If you do these things which I say, and apply your mind to these, you will ever have a stout chest, a clear complexion, broad shoulders, a little tongue, large hips, little lewdness. But if you practise what the youths of the present day do, you will have in the first place, a pallid complexion, small shoulders, a narrow chest, a large tongue, little hips, great lewdness, a long psephism; and this deceiver will persuade you to consider everything that is base to be honourable, and what is honourable to be base; and in addition to this, he will fill you with the lewdness of Antimachus.

His rant against the children of his day and lack of respect and decorum is one found time and again for as long as humans have had written stories and histories. From all my readings of ancient works, in all countries and in many ancient languages, the one thing I always find is that while our toys and civilizations and laws change, the basic human animal never does. While some may try and hope for better, others do not.

People will be people, and we are all very complicated beings who are the summation of our pasts and emotions, and our sensory intake.

With every book, I strive to do justice to the characters and to show the complexity of human motivation and emotion. But more than that, I try to show that while some cave to bad situations, not everyone does. And that the tragedy and trauma that can destroy one person can also be what gives another the ability to overcome and build a better future.

We do not have to become or remain the victims that life sometimes makes us all. With enough strength and courage, all of us can overcome and learn to thrive in spite of the horrors and tragedies we’ve survived.

As Plato said, “Be kind to everyone you meet, for we are all fighting a fierce battle.” That is the one motto of my life and it is what has seen me through my own hell and dark hours. I believe in the beauty and the power of the human spirit because I know how hard-won the battle for sanity and safety can be. And I know how hard it is to leave behind a brutal past that should have never existed.

Every day is a new battle and while I may lose some of those fights, I will never lose my war. I couldn’t control the past or some of the nightmares forced upon me, but I can and do control my present and I will not let those vultures steal another moment of my life.

We all have moments of weakness, but with that comes the strength of knowing that we’re still here. And we still matter.

With that, I dedicate this book to all of the soldiers in the world, past and present and future, who take up arms every day and stand at the wall of humanity and refuse to see it fall to the vicious onslaught of those who would destroy us for no reason whatsoever, other than they are so malcontent with their own existence that they can’t bear to see anyone else happy. Don’t let them win.

We are all survivors and we are all beautiful human beings who deserve our dreams and our sanity.

The gods make kings, fools and pawns of us all …

In equal turn, but not in equal length.

Shadows by Amy Meredith
When Bobbie Sang the Blues by Peggy Darty
Seven-Tenths by James Hamilton-Paterson
FIRE AND ICE by Julie Garwood
The Crystal Star by VONDA MCINTYRE
The Notebooks of Leonardo Da Vinci by Da Vinci, Leonardo
Sideways by Rex Pickett
La llave maestra by Agustín Sánchez Vidal
All Bets Are On by Charlotte Phillips
Romeow and Juliet by Kathi Daley