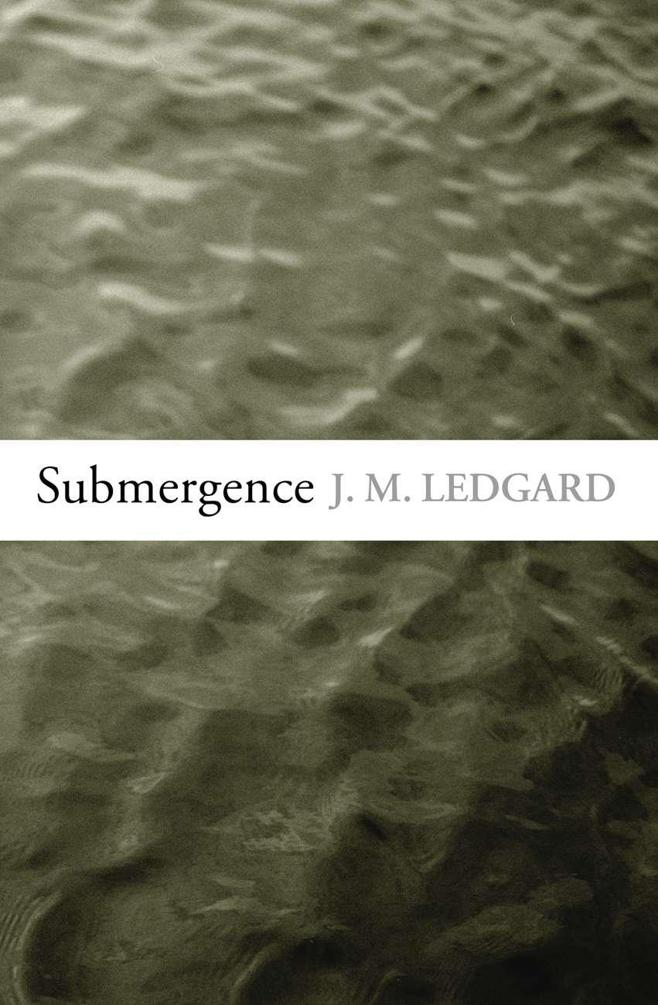 A
BOUT
T
HE
B
OOK

In a room with no windows on the coast of Africa, an Englishman, James More, is held captive by jihadist fighters. Posing as a water expert to report for the Secret Intelligence Service on al-Qaeda activity in the area, he now faces extreme privation, mock executions and forced marches through the arid badlands of Somalia. Thousands of miles away on the Greenland Sea, Danielle Flinders, a biomathematician, half-French, half-Australian, prepares to dive in a submersible to the ocean floor. She is obsessed with the life that multiplies in the darkness of the lowest strata of water.

In their confines they are drawn back to the Christmas of the previous year, and to a French hotel on the Atlantic coast, where a chance encounter on the beach led to an intense and enduring romance. For James, a descendant of Thomas More, his mind escapes to utopias both imagined and remembered, to fragments of his life before his incarceration; to books read, to paintings and music that now haunt him. Danny is drawn back to beginnings: to mythical and scientific origins, and to her own. It is to each other and to the oceans that they both most frequently return: magnetic and otherworldly, a comfort and a threat.

Submergence
is a love story, a meditation on nature and mortality, and a vivid portrayal of Africa and of the secret depths of the sea. With it J. M. Ledgard proves himself a remarkable writer of large horizons and vast ambition.

Descendit as inferna
: that is to say he discended down beneth into the lowe places. In stede of which low places ye english tongu hathe euer vsed thys word hel.

I
T WAS A BATHROOM
in an unfinished house in Somalia in the year 2012. There was a hole in the wall where the water pipe was meant to come in and the floor sloped away to a drain where the suds were meant to flow from a shower along a trench to the dirt outside. In some future time, the shower might be fitted. In some future time, it might become an incidental place. But it was not so for him. For him, it was a very dark and specific place.

He kept to the corners of the room where the noxious smells and creatures did not so often reach. The floor was sandy concrete. It broke apart when he scratched it. He urinated and shat wetly into a pit that was covered with a piece of cardboard. He tried to be careful, but the cardboard became smeared and spattered, thick with flies and beetles.

The trench dominated the room. He pushed it away. Still, it took control of him. The shallow slope, so shallow, yet running away towards the light …

He saw himself shot through the head, falling, one foot kicking away the cardboard, opening the pit, legs dangling over the defile, his chest and head on the trench, his blood flowing down it, congealing along the length of it.

It was Stygian and the world outside was fire. He thought that Kismayo had spun too close to the sun. The water pipe hole blazed in his mind. He slipped one arm through the drain hole and held it there until the skin burned and then did the same with the other arm.
His captors put food into the room every morning. Sometimes it touched the marks on the cardboard. He opened up a fruit with his thumb. In the centre of it was a grey pulp of eggs. He carried it to the drain hole and saw a maggot pushing out through the eggs. It crawled onto his index finger. It was white, with a black snout. It made him think of the white-and-black-chequered headscarves of the fighters. He lifted it to his mouth and ate it.

His sense of imprisonment was violent in the mornings. He could hear the Indian Ocean close by and the sound of it made him think of the holidays and work trips he had taken on the Kenyan coast, waking in an old-fashioned hotel with chipped toilet basins and dripping air-conditioning units; swimming lengths of butterfly in a long warm pool until his arms could no longer pass over his shoulders, running the hotel beach past limbering beach boys, all the way to the rocks, floating in the shallows there, then walking slowly back to the hotel, luxuriating in the still air that comes in the tropics at dawn, when there is not a breath of wind to stir the palm fronds and the terns hover in place. He sat in his corner and relived the icy showers that had followed, how he had taken a pressed linen shirt from the wardrobe, paid the bell captain in shilling coins for the
Daily Nation
and
Standard
newspapers, and sat down on the veranda to a breakfast of papaya and scrambled eggs, toast and Kenyan tea.

He sweated through the T-shirt they had given him. It said ‘Biggie Burgers’ and sagged with his dampness and grease and dirt. He scratched at the floor, made shapes in it, narratives, and then scored his own body.

One night a rat ran up the trench from the drain hole. It heard him breathing in the corner and stopped. It gleamed on the cardboard and took tiny breaths of its own and ran back out into the world.

On another night the moon came through the water pipe hole – a silver ray – and he clearly remembered laying himself down to sleep in a winter forest so clean and crystalline and uninterrupted. It was a
British Army exercise in Finnmark. He looked up through the branches of a spruce and saw the moon. The snow creaked under him. He was persuaded that he could taper away again with the spruce and he thought if only there were a wind in the room the tree might bend and shed some of its snow.

When there was no moon he was sunk in the blackness Danny saw when she explored the abyssal deep. On those nights he stood himself up against the dark, one hand resting on a wall, and masturbated. He did not think of her in those minutes. He tried to do it in a way that was mechanical, focused only on touch, without face or body, silent, odourless. He wanted to pollute the room.

The essence of it is that there is another world in our world, but we have to live in this one until the latter fire heats the deep.

Of all the unlit rooms, the Kaaba in Mecca is the one that makes you think most carefully about the air inside of it. The structure is 13 metres high, and 11 by 13 metres along its sides: Kaaba,
caaba
, meaning a cube. It predates Islam. According to tradition, Abraham built it following the cardinal points of the compass. Inset in one corner is the black stone, al-Hajar-ul-Aswad, which every pilgrim yearns to kiss on his counter-clockwise way around the shrine. Its interior walls are inscribed with Koranic verses and washed with perfumes. Pagan idols stood in it for hundreds or possibly thousands of years, one idol for each day of the year, some with gentle faces, others not, but all of them smashed in the time of the Prophet Muhammad.

The true value of gold is that it so densely occupies space. It is the opposite of the emptiness inside the Kaaba, towards which all Muslims direct their prayers, which quite possibly resonates more than any other point on the planet.

The black stone is beyond such analysis. It was broken into pieces and worn down by kisses long ago, and is held together by a silver frame and silver wire. It is by acclamation the most precious object in the world, but it is not heavy. Analysis shows it to be desert sand melted when a meteor struck the Empty Quarter in ancient times. It is inscribed with iron and nickel and star matter and within it are yellowish and whitish hollows which save it from ever sinking. Muslims believe it was white when Allah delivered it to Adam and Eve and has since been sullied by sin. Also that it was lost in Noah’s flood and was found floating on the waters.

Under the floor of the Grand Mosque in Mecca, where the Kaaba stands, is a honeycomb of lava caves. It was into those caves that the religious radicals who seized the Grand Mosque in 1979 retreated. These men were convinced that the Mahdi had come to rule the last days of the world. They were fighting for him.

The caves are deep in places, with, on the walls, films of the microbial life we shall arrive at. The Mahdis put up a determined fight, broken only when the Saudi government converted French commandos to Islam. These Frenchmen oversaw the pumping in of poison gas, grenades, gunfire and flares into the caves. The Mahdi women hidden directly below the floor of the Kaaba cut the faces off their men to confound identification. Many of the Mahdis fought to the death. Those who surrendered were secretly tried and publicly beheaded in four different Saudi cities.

A Blood Red Horse by K. M. Grant
Winter Rescue (I'll Be Home for Christmas) by Dawn Kimberly Johnson
The Cancer Chronicles by George Johnson
The Tycoon's Paternity Agenda by Michelle Celmer
January (Calendar Girl #1) Anthology Anthology by Audrey Carlan
Fair Is the Rose by Meagan McKinney
Under Siege! by Andrea Warren
When Girlfriends Chase Dreams by Savannah Page
Sicario by Alberto Vázquez-Figueroa
Back To You by Mastorakos, Jessica