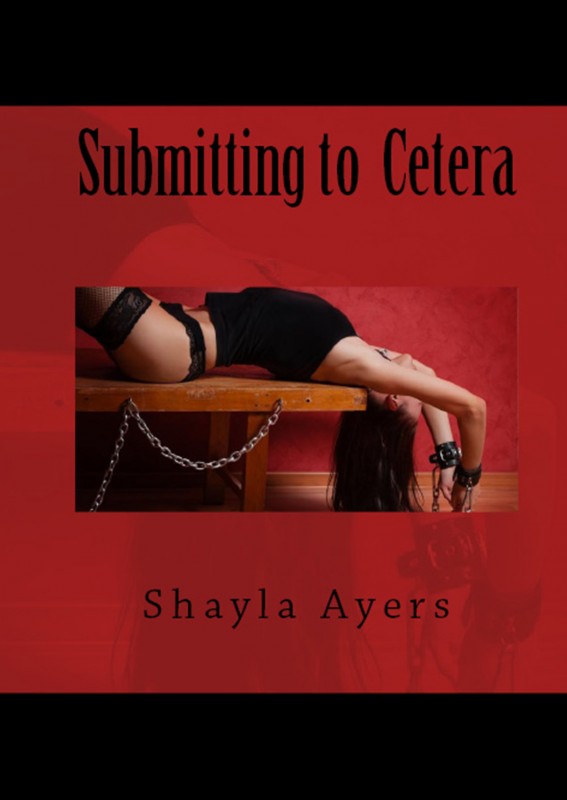 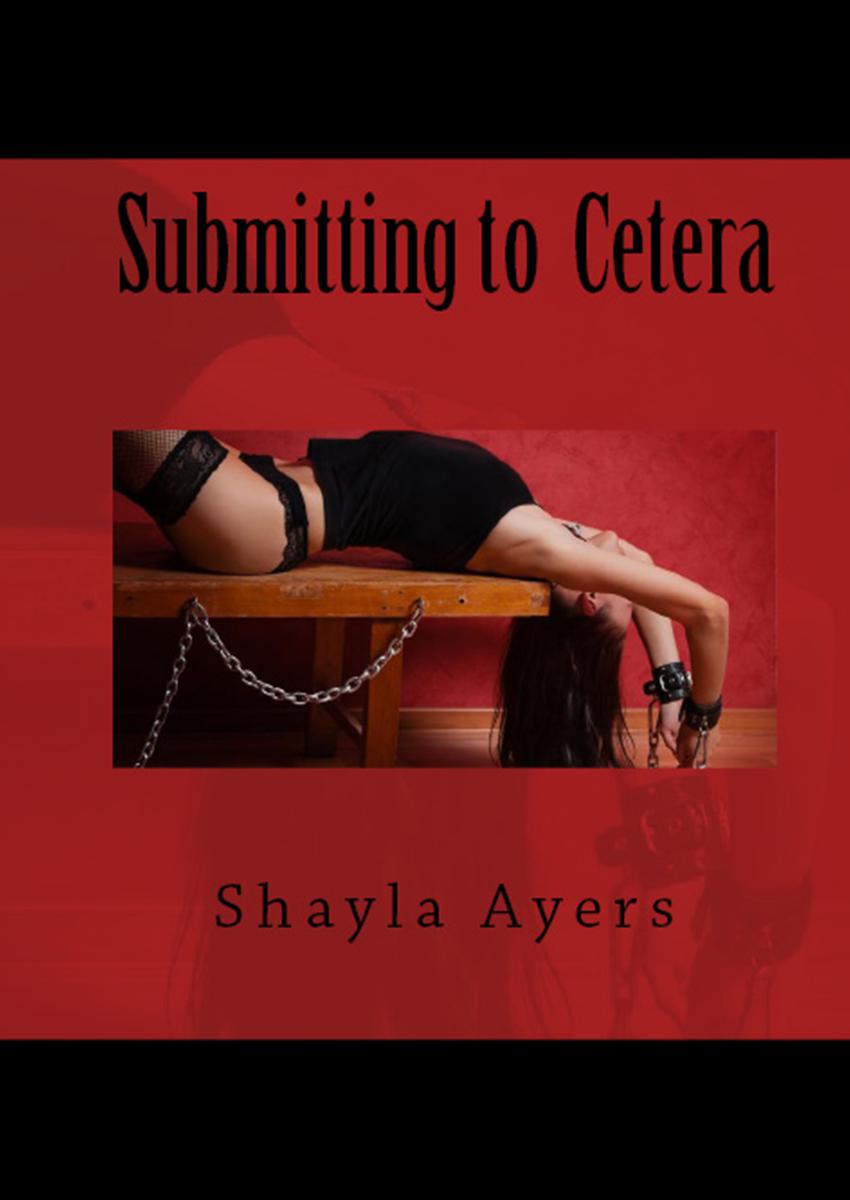 All rights reserved. Without limiting the
rights under copyright reserved below, no part of this publication
may be reproduced, stored in or introduced into a retrieval system,
or transmitted, in any form, or by any means (electronic,
mechanical, photocopying, recording, or otherwise) without the
prior written permission of both the copyright owner and the
publisher of this work.

This is a work of fiction. Names, characters,
places, brands, media, and incidents are either the product of the
author's imagination or are used fictitiously. The author
acknowledges the trademarked status and trademark owners of various
products referenced in this work of fiction, which have been used
without permission. The publication/use of these trademarks is not
authorized, associated with, or sponsored by the trademark owners.
All fictional characters are of 18 years of age or older and
consenting adults.

This ebook is licensed for your personal
enjoyment only. This ebook may not be re-sold or given away to
other people. If you would like to share this book with another
person, please purchase an additional copy for each person you
share it with.

Thank you for respecting the author's
work.

FOR ADULTS 18 YEARS AND OLDER

All Printed and Electronic Reserved 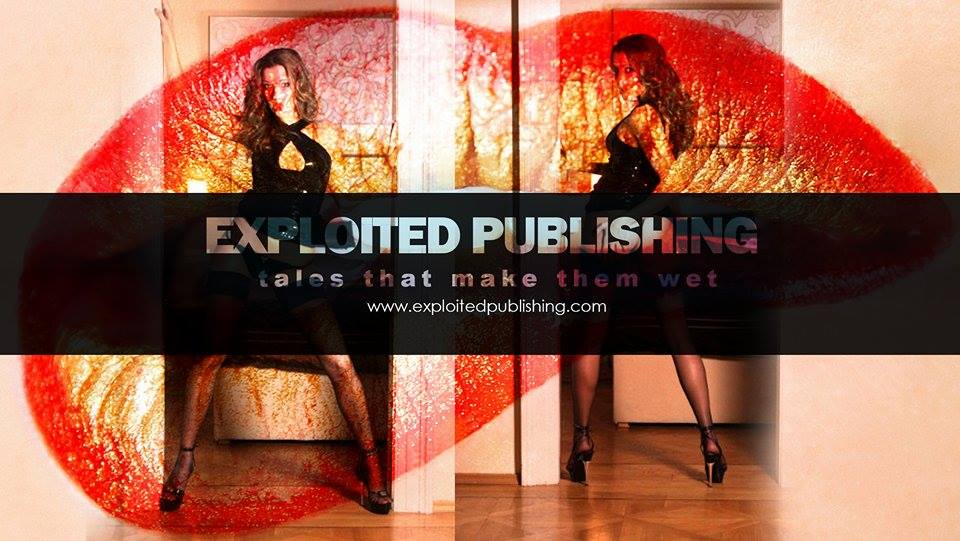 “
The mall closes in about
an hour,” Patrick whispered to himself.

For the past few hours he’s been walking
back and forth in front of La Vida Lingerie periodically since he
arrived, eyeing his target from afar.

He can see her in there sometimes, smiling
that eye-catching smile of hers at customers, using her extensive
allure to sell them an extra pair of panties or a more expensive
bra.

Sometimes when he looks in, she's behind the
counter, and other times she's out of sight – likely helping
someone get measured for a new sexy garment in one of the changing
rooms. Helping them prepare for a night of romance.

As the day falls to a close and customers
start to diminish, he finally makes his move. Slipping into the
store while Sarah's occupied with a young customer, he moves
quickly and quietly past the racks of silks and satins towards the
back room, where he knows there's a utility closet.

He’s been here several times before and this
time he’s ready.

Drawing the door closed behind him, settling
down into a low crouch on the floor, he waits for the store to
close. He watched her enough and knows her schedule, he knows she’s
closing up alone tonight, and he knows this is the night to make
his move.

Hands in his camo jacket. Fingers stroking
the length of nylon rope, as his other hand grasps is the roll of
duct tape, and the zip-ties.

For several minutes, the only thing he hears
is his own breath, the thumping of his heart as he waits for just
the right moment, ready to attack his prey when the time is
right.

“
Should be time,” he
whispers, eyes gliding over the green illuminate on his watch,
“2100 exactly.”

The mall closes at 2100, and from his
previous experience watching his quarry, he knows her routine, the
cleaning up of the store, cashing out the drawer, when the gate
drops and locked and the backdoor she uses to exit the
building.

Still – he gives her another five minutes,
wanting to be sure all customers have departed. He wants – needs –
her to be alone, to feel safe and secure before turning her world
upside down.

He’s prepared for his prey to resist, futile
as it may be.

There's a nice amount of gym-built muscle on
his frame, he's lean and fast due to years spent in the military.
He runs a hand across his shaved scalp, liking his lips, he remains
vigilant. A few deep breaths are audible in the tight, quiet space
of the closet, and then he flexes up to his full height.

He smiles a little bit, as he considers his
next actions. The next few moments play out in his mind
repeatedly.

Silently opening the door, he takes a step
out into the back room. It's a combination office/break room, and
there's a desk, with a computer, a small sofa, and a countertop
with a microwave and mini-fridge on top

The aroma of old popcorn is in the air, but
it's faint, as he slips through the room and peers out into the
sales floor, the gate has been locked, the lights dimmed.

Eyes slowly sweep the store's floor in
search of his targets ravishing brown hair, and soon enough he
spots her, locking onto his prey. She is up towards the front,
midway between a few tables and locked gate, re-arranging
silk-laced panties into a display. He can hear her lightly humming
along with the soft, neutral pop music that is piped into the
speakers hidden throughout the ceiling.

He has always liked her voice, soft and
sweet. His breath catches slightly at the idea of hearing it raised
in tension – hot, sensual moans, or even cries of fear, and for a
moment, he reconsiders the planned course of action.

Yet, thankfully, the moment fades
quickly.

Sarah finishes tidying the panties display,
her head lifting, glances around, clearly looking for another mess
to straighten before counting out her cash and heading home for the
evening. She seems to spot something, and turns away, back turned
towards him, he sees his opening and takes it. Without further
thought, the 'attacker' is on the prowl, closing the distance
between himself and the sweet little piece of ass silently and with
haste.

Just as Sarah reaches out to grab a bra so
she can move it to its proper rack, she feels his presence, a cold
chill of fear rushing down her spine. Before she can turn, he is
pressed up against her, his hard, strong chest pushed against her
back. An arm wrapping around her waist, hand slipping up to roughly
seize her breast. His other clamps down over her mouth, and she can
feel his breath hot and harsh against her ear as he speaks in a
low, almost growling tone.

“
Don't scream.” His voice
is somewhat familiar, but there's a tone she's never heard before.
It's almost scary. It lacks any warmth, or a calming timbre. His
hand is rough on her tit – squeezing and kneading hard enough to be
almost unpleasant.

His fingers on her mouth tighten more,
mashing her lips and tugging her jaw with their intensity. She
doesn't scream, but her breathing is harsh and rapid through her
nose. She can feel her nipple hardening under his hand despite the
thread of uncertainty in her subconscious.

He doesn't say anything else right away.

Instead, he holds her close and turns,
forcing her to turn with him. She spots dog tags resting upon his
chest that read ‘Cetera.’

“
It’s him,” she gasps,
body tensing, heart racing, she knows not to protest.

After a moment's consideration, he decides
where to go – and he shoves her towards the back of the sales
floor. Sarah gasps as she is released, pushed roughly, stumbling
slightly in her heels as she comes upon the table where she had
neatly arranged the panties.

It's big, made of heavy inlaid marble,
almost altar-like in its dimensions. Bumping into it, she reaches
out to brace herself, barely regaining her footing before he
crushes up against her.

This time, he presses one hand into her
back, between her shoulder blades. She feels herself being shoved
forwards, cheek pressed into the silky cushion of stacks of new
panties. Her hands clutch for purpose, scattering the new underwear
everywhere – but that's the least of her fears, as a rough, probing
hand hikes her skirt up over her ass exposing her tight fitting
panties.

His hand disappears from her back.

“
Don't fucking move...,”
he growls, that unfamiliar tinge of danger making her squirm. She
stays down, fear of the unknown hardening her she finds herself
unable to move as both hands brace upon the cool marble tabletop;
her ass pushed outwards towards him.

For a moment, his touch disappears entirely
– but then she feels a hand on her hip and the cold press of what
can only be a blade against the opposite thigh.

“
Shhhh...” he whispers,
snaking the flat of the knife up along her thigh to slip beneath
the side of her panties. The sharp, silver blade slices with ease
through the satin with an almost inaudible whisper, and she feels
goose bumps break out across the small of her back. He repeats the
process on the other side, and then pulls the useless scrap of
cloth out from between her legs, bringing it around so he can show
it to her.

“
These are soaked,” he
notes, wicked amusement evident in his words. “Aren't you a filthy
little girl?”

Sarah squirms, shifting her weight and
shivering a little from the conditioned air, which whips across her
bare ass and admittedly drenched, upturned pussy. Finding the
courage, she opens her mouth to speak, to protest, but before she
can say anything, she feels her own underwear shoved in between her
teeth.

She grunts, recoiling from the invasion of
his fingers and the Sarah-flavored satin... but soon her mouth is
full. He pulls away from her only long enough to pull something
from his pocket, and the telltale sound of duct-tape being torn
immediately follows.

A wide strip of silver is pressed over her
lips, then – holding her gag firmly in place and muffling her
whimpers. He doesn't apply the tape terribly tightly, it's obvious
he wants her to be able to breathe... but the sticky, heavy nature
of the tape and the taste of her own juices on her tongue make her
whine plaintively.

The Athenian Murders by Jose Carlos Somoza
At Their Own Game by Frank Zafiro
Expecting: A Novel by Ann Lewis Hamilton
Geek Mafia by Rick Dakan
Captivate her: Laws of Seduction Book 1 by Ava Hayworth
Lost Art Assignment by Austin Camacho
Snowy Night with a Highlander by Julia London
Our Time Is Gone by James Hanley
A Honeymoon in Space by George Griffith
Beauty and the Beach by Diane Darcy