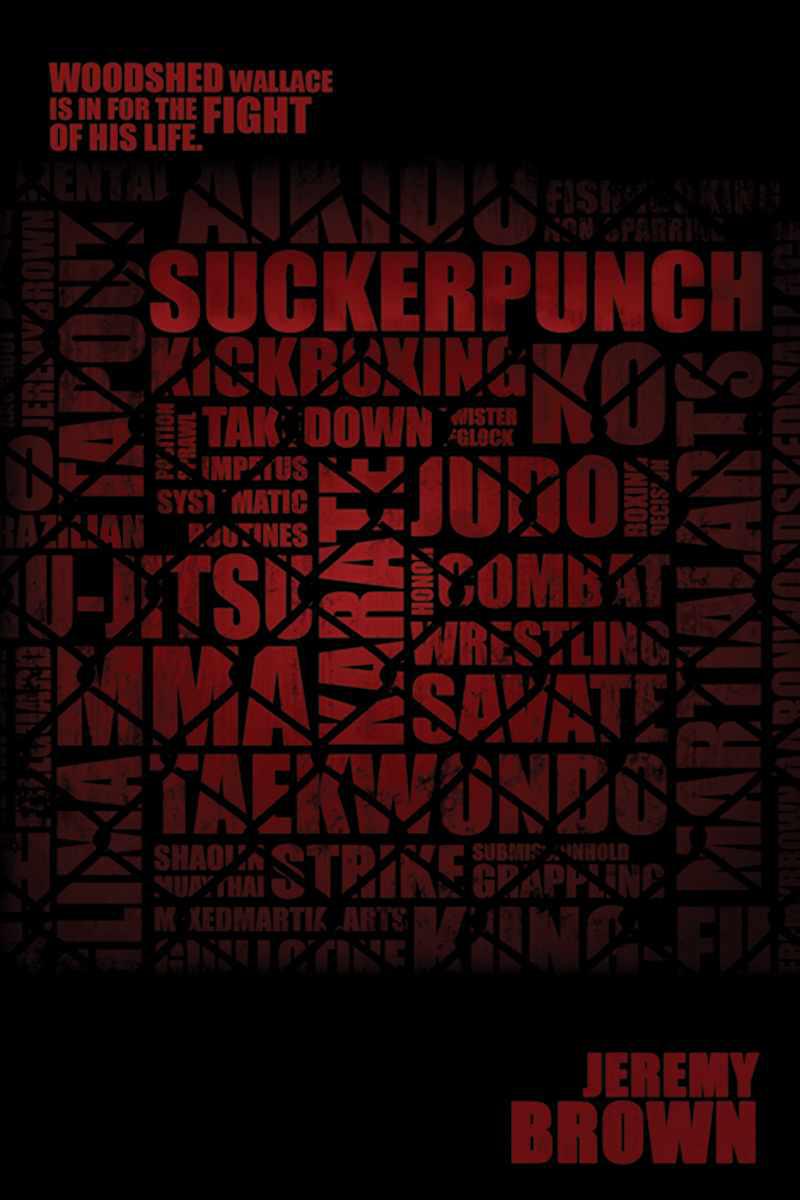 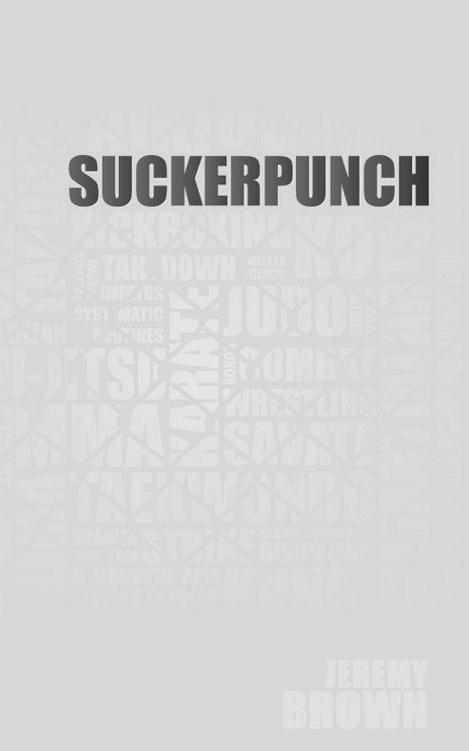 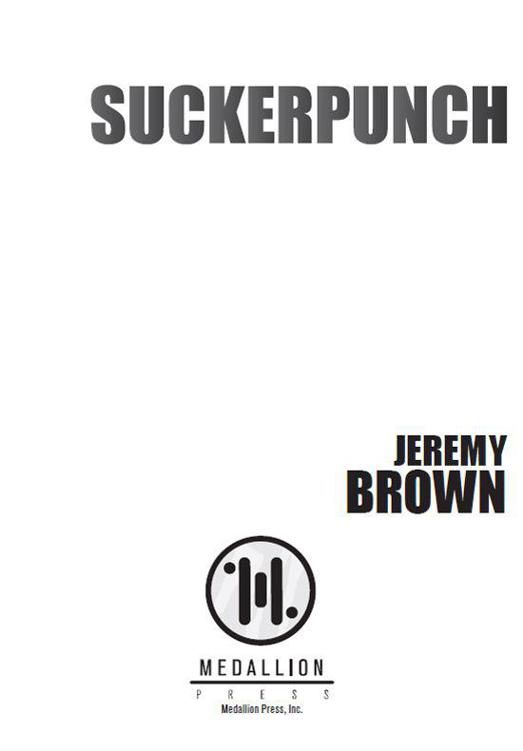 The MEDALLION PRESS LOGO
is a registered trademark of Medallion Press, Inc.

Thanks to my agent, Margaret O’Connor, for believing and to the fighters for doing what they were born to do.

The Nevada State Athletic Commission was taking all the fun out of no-holds-barred fighting.

The referee jabbered on, and my opponent, Glenn “The Specimen” Porter, stared at me from less than two inches away, so close I had to go cross-eyed to keep him in focus. I thought,
Why bother?
He was an ugly bastard, and I didn’t want to look at him anyway.

But I couldn’t drop my gaze. Not because it would show weakness or give him the sense I was worried. No, it was because fans love a good stare down, and I could hear them working themselves into a frenzy, higher and higher like a turbine cycling up for takeoff. Besides, if things went well for me, it was going to be the longest part of the fight, and I didn’t want the crowd to feel cheated on the ticket price.

Porter huffed out through his mouthpiece, emitting an odor of onions and sour milk that crept up my face and threatened to wilt my eyes. Who ate those two things before a fight? It couldn’t be healthy, and to me, it was downright discourteous.

The ref finished his spiel and told us to touch gloves, which we did. It was the lightest hit either of us would get for a while. I backed up into my corner of the cage and watched Porter do the same.
Specimen
was tattooed across the top of his stomach. The thing about getting your nickname printed permanently on your skin: you’d better live up to the name as long as you have the skin.

Porter had gained about fifty pounds since the last time I’d seen him fight overseas, possibly due to a knee injury, but most likely because of the drawer of hypodermic needles and closet of HGH the cops had found when they went to his house on a domestic assault charge. Now that he was off the juice, his genetics were allowed to blossom, and his nickname stretched across his pooch with enough space between the letters to make it look like an acronym.

We were both heavyweights, but with a sixty-pound window for us to squeeze through, the label didn’t mean much. I was thirty pounds over the minimum bracket of two hundred six, weighing in at two thirty-six the day before. Porter tipped it at two sixty-two, and he looked like he’d stepped off the scale and up to a Vegas buffet. I carried the weight well with six feet and three inches to spread it over. Porter, at a hair over six, looked like a bobber.

The ref checked with Porter. “You ready?”

The ref looked at me. “You ready?”

I walked to the center of the eight-sided cage, in no hurry but not wanting Porter to get there first and make me orbit him.

He came out slower, his hands down and head tipped back. I guess he didn’t watch my tapes.

I was on my toes with my left side slightly back. When Porter came into range, I flicked my left foot forward in a low kick to get his attention. It did. He looked and flinched. My foot hadn’t even touched him when I brought the whole leg back at the hip and pivoted forward and sent a Superman punch on a slightly downward angle straight into his mouth. He stumbled backward, and his legs threatened to give out before they knew they were in a fight. I closed the distance and missed with a hook and an uppercut; then he stepped forward and reached out with both hands to try and clinch, make me hold his fat ass up while he recovered.

I pushed his hands off to my left and sent a right cross into his face, which he didn’t like and let me know by grunting and bleeding from the nose. The four-ounce gloves laced and taped to my hands were meant to protect my metacarpals, not his head.

I heard the crowd, voicing their primal roars to see someone from another tribe, village, state, country, planet get his skull caved in.

I could do that.

I followed the right cross with a series of left hooks to the body that got Porter to bend over a little, his hands trying to decide which area was more important to guard. If he went with the body, he was going to need more hands.

I have good left hooks. Knockout power from just about any angle, moving in any direction. I train at my cornerman Gil’s gym—The Fight House—and the bags there are all slightly curved to the right from the stuffing getting shifted and compressed. Gil bitches about it, but he’s the one who makes me work the punches every day. The power comes from the torque in my hips, something I developed a long time ago from constantly looking over my shoulder.

I heard Gil over the crowd, yelling something about clinch and knees.

When Porter’s head came down from the hooks, I shot my hands behind his head, wrapped the left over the right on his crown, and pressed my elbows together over his collarbones, pulling his head toward my chest in a Thai clinch.

Porter started walking backward toward his corner, trying to get his arms inside mine so he could lever them away from his head. I held on like a drowning man with a big fat life preserver and drove knees into his belly with each step, switching from left to right, skipping after him until he hit the cage with his back and couldn’t run anymore.

You know what they say about cornered animals: elbow them in the face and knee them in the guts.

The knees had Porter hunched over, his forearms crossed in front of his abdomen to intercept the next volley. It was a decent defense against the knees, but we weren’t in a knee fight. I brought my right elbow in a downward angle across his temple, snapping his head over and opening a nice cut at the edge of his forehead. Blood welled in the opening, a sight sweeter than water in the desert, and coursed down the side of his face.

If I could get it to run into his eye, the ref might stop the fight. It would be a W for me, but the natives wouldn’t like it one bit. To the fans, the only thing worse than a judge’s decision is an early stoppage due to a cut, like someone taking your candy bar away when you’re halfway done because it’s too delicious.

Porter started to turtle on me, curling into a ball with legs to protect himself. As soon as he was “unable to intelligently defend himself,” the ref would stop the fight. It was a funny term, assuming we started out intelligent. I tried a few uppercuts to see if they would get through, but Porter’s arms were pressed in tight, covering him from eyes to belly button. I snuck a wicked left hook into the side, catching him with a good liver shot that acted like a short-fused time bomb.

The liver’s great. It’s the largest internal organ and gland in the human body, helps with metabolism, plasma protein synthesis, and detoxification. In a fight, however, it’s a giant bull’s-eye and a traitorous bastard. You get hit with a good liver shot, your legs turn into noodles and all you want to do is roll around and try not to shit yourself.

Porter went that route, his knees buckling and head slumping. He made a sound like a dying buffalo. But instead of dropping all the way down and calling it a night, he decided to impress someone and shoot for my legs. He probably figured if he laid on top of me for the rest of the round, he could throw a punch every thirty seconds or so, get his wind back, and work on rearranging his innards.

It might have worked if he hadn’t stuck his head into my left armpit when he drove forward out of the corner. I snaked my left forearm under his chin, grabbed my right hand in front of my stomach, and squeezed, putting his bull neck into a space about the size of a DVD. He drove me backward, trying to find a gap to pry the guillotine choke off, but I squeezed tighter, doing my best to pop his head off his shoulders.

The Spirit Seducer (The Echo Series Book 1) by Padgett, Alexa
Between the Dark and the Daylight: Encountering and Embracing the Contradictions of Life by Joan Chittister, Osb, Joan Sister Chittister
The Destructives by Matthew De Abaitua
Pandora's Box (previously Worth the Wait, a Zebra print best seller) by Attalla, Kat
PRECIPICE by Davis, Leland
Marrying Ember by Andrea Randall
The Devil's Good Intentions by Kari Miller
Every Move She Makes by Jannine Gallant
Somersault by Kenzaburo Oe
Asking For Trouble by Ann Granger