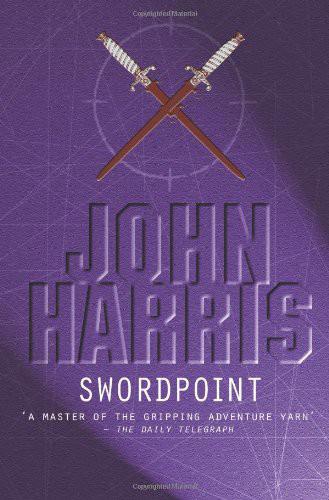 It is 1944 and Monte Cassino has become a Nazi stronghold against the Allied advance through Italy. But Cassino must be taken, and the flamboyantly ambitious Brigadier Heathfield has a plan. This is a gripping, intoxicating story about the men of the North Yorkshires, veterans of Africa, hardened to the world.

The right of John Harris to be identified as the author of this work has been asserted.

This is a fictional work and all characters are drawn from the author's imagination.

John Harris, wrote under his own name and also the pen names of Mark Hebden and Max Hennessy.

He was born in 1916 and educated at Rotherham Grammar School before becoming a journalist on the staff of the local paper. A short period freelancing preceded World War II, during which he served as a corporal attached to the South African Air Force. Moving to the Sheffield Telegraph after the war, he also became known as an accomplished writer and cartoonist. Other 'part time' careers followed.

He started writing novels in 1951 and in 1953 had considerable success when his best-selling
The Sea Shall Not Have Them
was filmed. He went on to write many more war and modern adventure novels under his own name, and also some authoritative non-fiction, such as Dunkirk. Using the name Max Hennessy, he wrote some very accomplished historical fiction and as Mark Hebden, the 'Chief Inspector' Pel novels which feature a quirky Burgundian policeman.

Harris was a sailor, an airman, a journalist, a travel courier, a cartoonist and a history teacher, who also managed to squeeze in over eighty books. A master of war and crime fiction, his enduring novels are versatile and entertaining.

‘If I had anything like your ability and industry, I think I should concentrate almost entirely on the actualities of war – the effects of tiredness, hunger, fear, lack of sleep, weather, inaccurate information, the time factor and so forth. The principles of strategy and tactics and the logistics of war are really absurdly simple; it is the actualities that make war so complicated…’

A P Wavell to Liddell Hart

It is virtually impossible for the staff who plan a battle and the men who fight it to see it the same way. Indeed, for the men who are doing the shooting and are being shot at, it is usually difficult to understand what is going on except in their own small corner of the affair.

This is the story of a battle seen at one level through the eyes of a battalion and at another through the eyes of the planners. It is not my intention to denigrate the staff. Though the regimental soldier often denounced the staff in no uncertain terms, it was largely ritual, and the intense dislike that existed for the staff in World War I never existed in World War II. Nevertheless, war isn’t just numbers. Personalities come into it, and my wish is merely to show how personality can become another of the actualities of war.

All units and characters are fictitious and I have tinkered a little with geography; but, apart from the ending, the battle did take place very much as described, though earlier and with troops which were not British.

I am very much indebted to Fred Majdalany’s two books,
Cassino
and
The Monastery,
without which it would be almost impossible to write a clear account of what occurred on and around the Rapido, the Liri and the Garigliano rivers in the early part of 1944. I am also indebted for company, battalion and higher command details to
Charlie Company
by Peter Cochrane, and to Major-General F H Brooke, CB, CBE, DSO. 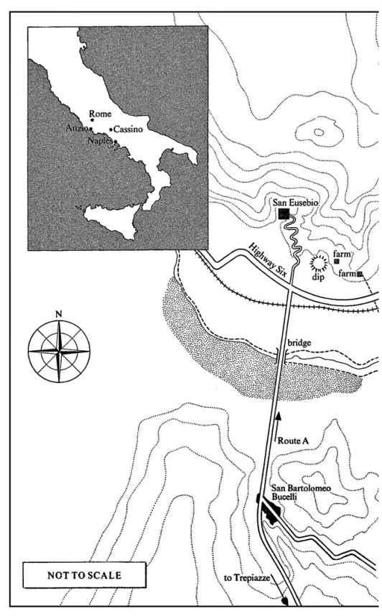 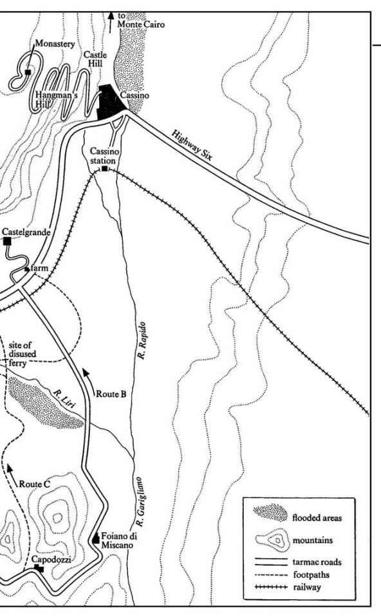 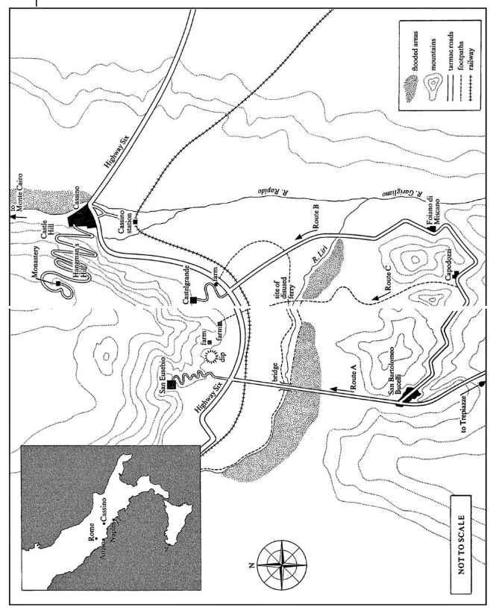 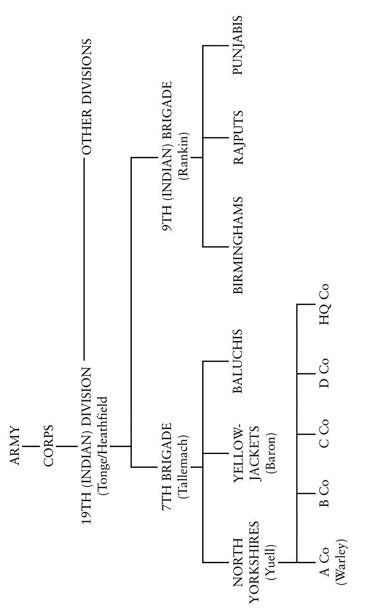 ‘It is the common soldier’s blood

that makes the general a great man.’