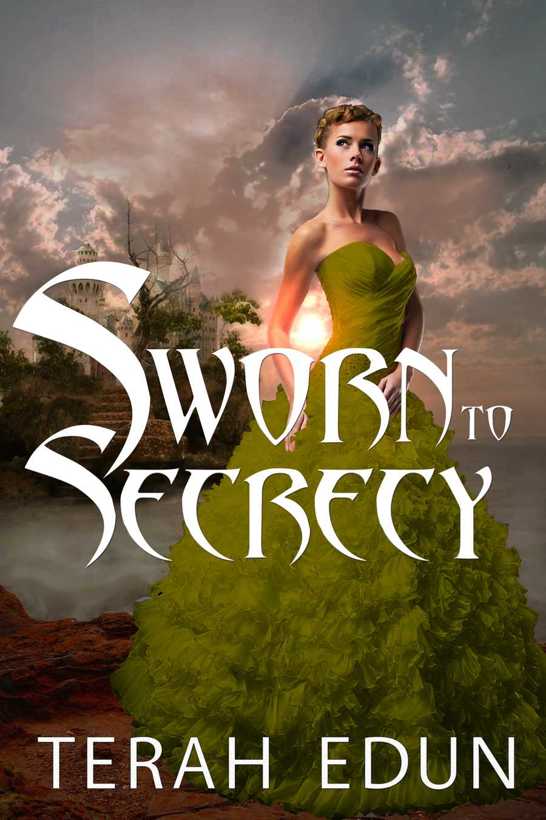 T
here were few things in the world that mystified Ciardis Weathervane more than the Imperial Court of Sandrin. An intricate and multi-layered system with the imperial family at the top, the landed nobles squarely in the middle and the wealthy ton comprising of the merchants, the artists, and the mages at the bottom. If you could call it a bottom. Because nobles could be mages, imperial family members had independent wealth and all of them played their games in pursuit of their own desires. Fidelity, honor, and duty to the land weren’t what drove these courtiers. Pride of place and greed took prominence above all. So landing back at court on the arm of the woman that most everyone wanted dead and a man accused of aiding a serial killer wasn’t her best idea yet.

Her mother and her brother were the two most infamous people at court now, a title Ciardis once held and gladly shed in favor of some other poor souls taking it up. She just wished it were two people other than the only ones left living that shared her last name.

“A toast! To the most intriguing family to grace these courts for the past one hundred years!” said the man who sat to her left.

“To intrigue and schemes!” shouted another gentleman well into his fifth cup of wine.

Lady Lillian graciously nodded her head, “Well, Lord Garven – we wouldn’t want the courts to grow dull, now would we?”

Laughter spread up and down the table as nobles passed along what Lillian had said.

With a smile frozen on her face, Ciardis looked around. It was the night of the emperor’s midnight ball. They had made their grand entrance into the festivities hours earlier. Now they sat at a long banquet table in one of the imperial ballrooms.

Gilded leaf laced the walls in the shape of lilies everywhere she looked, a vaulted ceiling with solid gold chandeliers hung high above them and hundreds of servants dressed in golden brocade flitted up and down either side of the banquet table. Ciardis winced at the decadence as she looked around at the seated court guests. Decadence that rubbed at her the wrong way when she thought of the simple attire of the Panen people of the Ameles Forest or the stark living conditions of the soldiers that served in the northern campaign.

His Imperial Majesty Bastien Athanos Algardis sat at the table’s head. Ciardis took note of his temperament and watched as his mouth thinned with displeasure. At least one person was unhappy that the Weathervane family had returned. As the emperor clenched a fist and slammed it into the table, the laughter around them died out.

Lillian startled at the emperor’s anger. Ciardis didn’t blame her.

Her mother–the woman tried and nearly executed for murdering his wife–the former Empress of Algardis, was sitting directly to his right. Ciardis, further down the table, reached for a crystal goblet of water to quench her sudden thirst.

She desperately wished Prince Heir Sebastian were here. He would be mad as hell that she had left him in the north. But she didn’t care. She’d face his wrath any day over his father’s icy demeanor that sent chills down her spine. Sipping from her water she tried not to make eye contact with anyone, most especially not her mother or her only sibling, Caemon, who sat two seats down from Lillian on the opposite side of the table from Ciardis. It worked for a while. She mostly studied the intricate lace that lay delicately on the top of the table. Looking like an idiot all the while, she had no doubt. Still, in the company surrounding her a
safe
idiot was better than a dead know-it-all. But when the emperor himself called your name, you answered his query with respect or faced the idea that your head may not be there in the next moment.

To be fair, Ciardis Weathervane had the right to be nervous. She had come to tonight’s gala not knowing what to expect. Uncertain if her mother would be executed on the spot by the emperor himself or thrown in the dungeon to await trial. Whatever was going to happen in her mind, it hadn’t been
this
. They had been seated so close to the emperor that if Ciardis wanted to, she could have stabbed him.

Not that I want to. Never that,
she hastily said in her head with a nervous glance out of the corner of her eye. The man seated to her right and to the emperor’s left was his favorite mind reader. She shivered just thinking about him reading her thoughts. Snapping back into the present, Ciardis turned to answer the emperor’s query.

“Your Majesty,” Ciardis Weathervane said with perfect composure, as if she wasn’t contemplating a thousand ways this night could go wrong and her left hand wasn’t gripping the knife that was cleverly hidden in a pocket of her dress.

The emperor looked directly at her. His eyes were like winter frost, a startling contrast to his son and heir’s forest-green eyes.  His hair was silver gray and white, with the black of a crow’s wings at the top and base. Very distinguished. Very unforgiving.

For a moment he said nothing.

“I was asking, Mistress Weathervane,” the emperor said with a slow and deliberate grace, “if you would like to dance.”

Is he joking?
was the first thing that went through Ciardis Weathervane’s mind. Laughter formed next.

But this time laughter didn’t ring out from the courtiers sitting around them. They all sat frozen like rabbits trying to escape a predator by being invisible.

The emperor’s expression didn’t change. She gulped and glanced from his cold eyes to her mother’s. Lillian Weathervane sat still and strong in her chair to the emperor’s right. She looked every inch a noble-born to the imperial court. But more than that, Lillian was a noble mage, born to one of the finest and most honored families in the empire. Wealth, magic, beauty, and grace—Lillian Weathervane exemplified them all. As would Ciardis Weathervane, her only daughter, if she would have been born to a family that assigned her first lady’s maids at age two and placed a diamond collar about her neck at age four. But she hadn’t. Ciardis had grown up in a hovel in the middle of the countryside with barely enough food to eat, cleaning other villagers’ laundry as a way to keep a roof over her head. She didn’t belong here. And the nobles knew it. Unfortunately, her mother, while under suspicion of regicide no less, had no such compunctions about the place of her daughter—or her son.

If anything, Caemon had had it worse than Ciardis. Ciardis momentarily felt more pity for him than she did for herself. He’d grown up a slave to the empire’s will, a living enhancement to any mage that did the bidding of the regiments in the north, all as a punishment for his mother’s indiscretions. Both twins were well aware of how much their mother’s troubled past had cost them; what they disagreed upon was whether it had been worth it. It would, of course, help if their mother would take the time to explain what exactly had happened on that dark and fateful night eighteen years ago.

Then Ciardis’s reverie was broken.

Lillian smiled at the emperor and looked over at Ciardis with a delighted expression. “My dear, what an honor. Of course you would.”

Ciardis’s grim look froze on her face before it could turn into a frown. She’d expected Lillian to step in. To stop this madness. Or at the very least to snap her fingers and dispel this mad dream. But she hadn’t.

Ciardis turned back to the emperor while forcing a rigid smile. “You honor me, Your Imperial Majesty, I would be delighted.”

She felt like a parrot echoing her mother’s command. This wasn’t what she wanted. But then again, she didn’t have much of a choice. This was Lillian’s plan, Lillian’s risk, and it would be Lillian’s triumph. In the week that Ciardis Weathervane had come to know her mother, she had learned one important rule: What Lillian wanted, Lillian got.

A manservant pulled the emperor’s dining chair back from the table. As he stood, the musicians off in the corner began to play a soothing melody with a sonorous mage standing by to accompany them. The emperor gave Ciardis a perfunctory bow and the gentleman seated to her left stood, smoothly placing Ciardis’s hand in the emperor’s, and she got the shivers. The emperor didn’t grip her hand as they swept forward toward the empty dance floor in front of the table, though; instead her sweaty hand rested in his palm. No doubt he noticed.

As they walked side-by-side, she could almost imagine that it was a regular dance. A normal man beside her. But this man was different. He was Sebastian’s father and one of the few people in the empire who had the authority to order her death with a snap of his fingers.