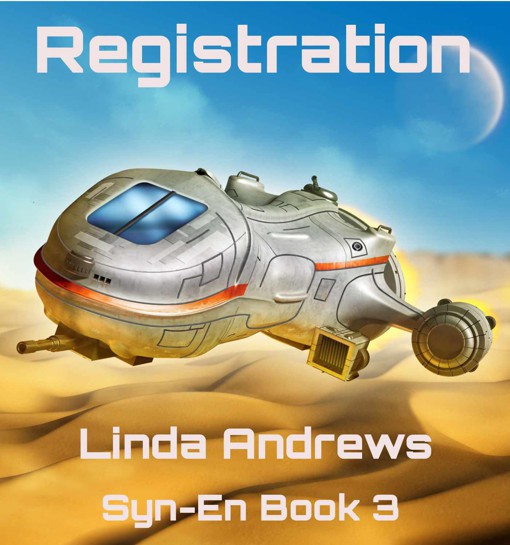 All rights reserved. Except as permitted under the U.S. Copyright Act of 1976, no part of this publication may be reproduced, distributed or transmitted in any form or by any means, or stored in a database or retrieval system, without the prior written permission of the author.

This is a work of fiction. Names, characters, places and incidents are products of the author’s imagination or are used fictitiously and are not to be construed as real. Any resemblance to actual events, locales, organizations, or persons, living or dead, is completely coincidental.

This ebook is licensed for your personal enjoyment only. This ebook may not be re-sold or given away to other people. If you would like to share this book with another person, please purchase an additional copy for each reader. If you’re reading this book and did not purchase it, or it was not purchased for your use only, then please purchase your own copy. Thank you for respecting the hard work of this author

A special thank you to Dan, Kimberly, Hugh, Tracey, Vijaya, Beth. Bobbi and my mother for reading the novel through its many incarnations.

And especially to Davena who’s written to tell me how much you’ve enjoyed the Syn-En novels.  Your words keep me typing.

A mirror of his own existence, his own body.

Bei’s drumming fingers curled into a fist on the metal armrest. Prostheses for arms and legs, synthetically enhanced relays for nerves, Neodynamic armor for skin, and a cerebral interface implanted in his fragile human brain to integrate everything.

A compression alert flared yellow across his senses and he relaxed his hand.

His human wife, Nell Stafford, called him a cyborg——the best of man and machine.

Everyone else called him a Syn-En.

Synthetically-enhanced human. Always the humanity was last, tagged on as an afterthought. He and those like him had to fight to be considered equals.

So many Syn-En had died…

And still the journey wasn’t complete.

He had to travel to the planet Erwar to register like an extinct Earth dog. Only then would the Syn-En under his command, and the rest of humanity, be considered sentient.

Only then would all parts of him have universal rights and freedoms.

A soft thump echoed through the crew quarters on the deck below this one and up the ladder into the spaceship’s bridge. The
Icarus
was small for an interstellar craft. She had two decks and a saucer-shaped bridge connected to her beetle-like body through a narrow stairway. The engines and cargo bay were on the lowest level and the crew quarters and galley on the upper one.

Not enough space when two of his men were at each other’s throats. Sound carried far in a tin can.

“I am not being unreasonable.” Frankfurt Rome’s growl reverberated against the Smart Metal Alloy comprising the hull and was punctuated by the punch of his fist against a bulkhead. “I would have liked to have been consulted before you went ahead and made me a daddy-to-be.”

Bei winced. Obviously his Chief of Security had finished his two-hour sleep cycle and needed another twenty or thirty. Too bad the Skaperians, their new alien allies, hadn’t shared their stasis technology. Even Bei’s tenth generation auditory upgrades couldn’t block the Chief’s temper tantrum. Bei mentally made a note to retrofit the
Icarus
with sound dampening technology in the crew quarters.

Rome’s wife, Havanna Keyes snorted. “You would have said no.”

Bei shook his head. If his communication’s officer performed her job as badly as she fought this battle, he’d have transferred her twenty-nine days, three hours and six seconds ago.

“Of course I would have said no. I don’t want a weak, squalling, inferior human infant.” Rome vented his anger in a series of short raps. “It’s bad enough we have to defend them.”

Caution lights flared in the galley. With a thought, Bei increased the bulkhead’s sound deafening ability. He didn’t need Rome waking Nell. His wife needed at least eight hours of sleep a night. Something she hadn’t received since boarding, nearly thirty days ago.

Thanks to his two squabbling officers.

He could have stopped it with a simple order, should have. But his wife had forbidden him to interfere. Stripping his best friend of his limbs and hanging him on a hook in the cargo compartment wouldn’t be interfering, would it?

“This baby is ours, something only we could make. Together.” Keyes repeated her argument. “This is different than our assembly-line legs, arms, eyes and hair. Nothing else in the universe can create something like it. Nothing.”

A baby conceived by Syn-Ens.

The first since the cyborg soldiers had been created.

Something hot and fierce flashed inside Bei before his cerebral interface compensated. One day, he and Nell…

“Then you don’t want me. Consider our term at an end.”

Keyes’ words barely scraped Bei’s audio sensors and his artificial heart nearly seized. She was terminating her and Rome’s marriage? But they’d been together forever. The three of them had been inducted in the Syn-En Forces together. They’d stood together through innumerable technological upgrades as their humanity was literally hacked off them.

Soft footfalls slipped down the passageway. Fabric whispered then there was a thump on the lower deck. Keyes was heading toward the engine room.

“No!” Rome clomped after her. His bigger bulk landed harder and echoed through the ship. “You are my mate. Forever. Nothing could ever come between us. Ever.”

Bei sealed off the hatch between the decks. Maybe if he locked them in, they would work this out between them once and for all. And he would have blessed silence for the next two days to Erwar.

Soft footsteps emerged in the quiet.

Nell. Her walk, her touch, and her scent were encoded on his subroutines.

She shuffled up the ladder and onto the bridge, yawning. Fatigue bruised the delicate skin under her blue eyes. Static electricity crackled in her shoulder-length blond hair and across the small camera recording their trip for posterity.

The documentary was Nell’s contribution——as if being a representative of the species wasn’t enough.

“Gene Roddenberry got it wrong.”

Gene who? Bei ran the name through the
Icarus’s
Combat Information Center. No one under his command went by the name, but he did find an entry under Twentieth Century entertainment. The man was dust by now. Bei relaxed in his chair.

“Space isn’t the final frontier. A man’s head is.” Crouching down, Nell released the lever locking Bei’s chair in front of the workstation and pulled him back. She reset the clamp and sat on his lap. “And even angels fear to tread there.”

Bei wrapped his arms around her waist, keeping her in place. “Do you think Rome is wrong?”

Wiggling, she drew her legs up then curled against his chest. “No, Keyes should have told him he was going to be the baby-daddy. But it’s more than that. If that baby came out with mechanical legs and arms, Rome would be a proud papa. It’s the human part that has him scared.”

Not much scared Rome.

Not much scared many Syn-Ens.

But this was emotion, forbidden territory until the Syn-Ens had declared their independence. Now it was unwritten code. A proper response would take ages to perfect and write into their programming.

Wisps of hair tickled Bei’s chin. He smoothed the fly-away strands to the edges then unstrapped the headband holding the camera against her temple. “You think I should intervene? Send him some of those… What did you call them? Chick-flick files to speed up his adaption?”

She snuggled closer, pressed kisses against his jaw. “Chick-Flick movies. And not many men, even in my time, would go see them.”

Her time. A hundred and twenty-five years in the past. Before the world had been FUBARed. Before her brother had volunteered to become one of the first Syn-En. “So, I should send the files to Keyes?”

Her warm breath cascaded down the collar of his black uniform. His body tightened, preparing for the command it liked so much. Unfortunately, he couldn’t give it. Not with the fifth member of their crew unaccounted for.

The sneaky Amarook could appear and disappear at will——usually at inconvenient times.

Nell looped her arms around Bei’s shoulders. “Elvis is in the building, or rather in the co-pilot’s chair.”

The creature shimmered into view on the seat next to Bei’s. Although similar to an extinct Earth wolf, Amarooks possessed six limbs—the four traditional paws of a canine and an extra set of slim arms and hands minus the opposable thumbs. Cobalt eyes burned under a mop of black feathers combed back, with one curl escaping in the human Elvis’s trademark do. Sleek black fur covered the rest of his body. “Golly Nell, you weren’t supposed to tell I was here.”

The voice came out of the medallion around Elvis’s thick throat. The translator changed the Amarook’s telepathic thoughts into words, so everyone could communicate.