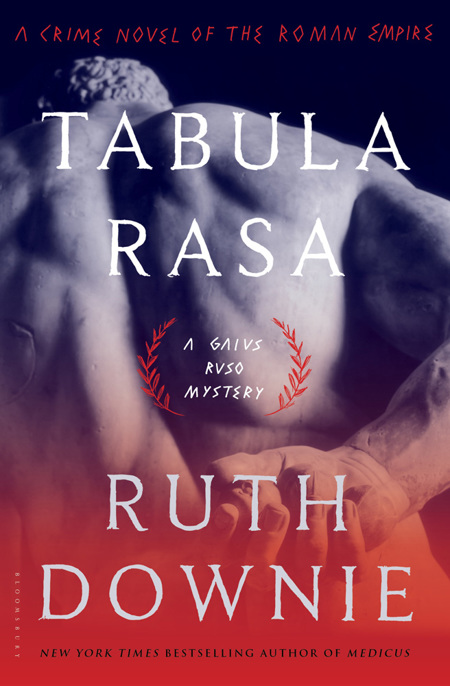 To those who wait, not knowing whether news will ever come.

You do not know what the evening will bring.

Aedic, a boy who sees something amazing

Regulus, a victim of attack by natives

Grata, the absent girlfriend of Albanus

Virana, a pregnant girl whom nobody else wants

Valens, an old friend and colleague

Mallius, a quarryman with a hen

led into trouble by

Pertinax, formerly the second spear, now promoted to prefect of the camp

Larentia, a girl with a mole in the right place

Senecio, the head of a native family

Susanna, an old friend in Coria

Conn, an older son of Senecio

A group of fur traders

Ria, landlady and part owner of the local snack bar

Accius,
tribune with the Twentieth Legion

Serena,
wife of Valens, and daughter of Pertinax

Various Britons, mostly for the best of reasons

Dubnus, another son of Senecio (deceased)

Lucano, elder brother of Matto and a bigger bully

Pandora,
legendary owner of a box (or jar, depending upon who you believe) full of bad things and best never opened.

It was easy to believe that the rain threw itself at you personally; hard not to feel persecuted and aggrieved when it found its way into your boots no matter how much grease you slathered on them. It blew in veils across the sides of the hills, whipped along the crests, and cascaded in streams down the valleys. The river had burst its banks, and the meadows beside it mirrored the gray sky. Turf squelched underfoot and supply carts sank into the mud, so that whole gangs who should have been building spent the short daylight hours sloshing about, clearing drains and filling potholes. Men pulled hoods over their heads to stop the wet from going down their necks and then had to keep pushing them back to see properly. Inevitably, there were accidents.

Up at the wall, the rain made earth heavier to shift and washed white streaks of fresh mortar out of the day’s build. In the quarry, hammers skidded off the heads of chisels. In the camp, tools and armor went rusty overnight. Doors stuck, leather was clammy, firewood was hard to light, and bedding smelled of damp wool and mold.

And then, after another long night in chilly beds, serenaded by a ragged chorus of coughing and snoring, the builders woke to an innocent morning full of birdsong. The sun rose in a sky that had been rinsed clean. Crisp views stretched for miles across hills that rolled like waves toward the north. Men nodded greetings to each other as they lifted the sides of tents and hung everything out to dry.

Some even dared to hope that the worst was over. Most knew it wouldn’t be. This was October, and the weather was only going to get worse. Already a strategic retreat was planned for the end of the month: The legions would march south to hunker down in their winter quarters, leaving the permanent garrison to tough it out here along the line of the emperor’s Great Wall until the next building season. If the garrison troops were bored or cold up here, there were—as the legionaries were happy to remind them—plenty of ditches to be dug.

And then it happened
.

It was a tearing, gut-wrenching roar, like a thunderbolt crashing into the depths of the underworld and shaking the ground beneath their feet. Medical Officer Gaius Petreius Ruso ducked and clamped his hands over his ears, but the cry of “Earthquake!” died in his throat. The noise wasn’t how he remembered it. Besides, this was Britannia, not known for earthquakes, and whatever it was had stopped.

Ruso and his assistant straightened up, glancing at one another as if to confirm they had not imagined it. Beyond the stone wall, a panicked flock of sheep was racing across the hillside. Dogs had begun to bark, sounding the alarm in the surrounding scatter of native farms.

Ruso bent to retrieve his medical case, wiping off the mud on the grass at the side of track. Several loose pack ponies bolted past him, narrowly avoiding men who were sprinting down from the camp while grimy and breathless figures were hurrying up to meet them. Somewhere over the chaos, a trumpeter was sounding the call to assemble.

Ruso was already heading downhill when a wild-eyed man in a rough work tunic grabbed him by the arm. “Sir, they need a medic in the quarry!”

The quarry, even when it was full of legionaries cutting stone for the emperor’s Great Wall, had always seemed relatively peaceful. The
tink-tink
of hammers on wedges rang out like the pecking of metal birds above the gurgling of a stream that was swollen by summer rain. Everything brought in by the army—men, tools, work sheds, lines of plodding ponies, lifting gear, wagons—was dwarfed by the raw cliff face that loomed above them.