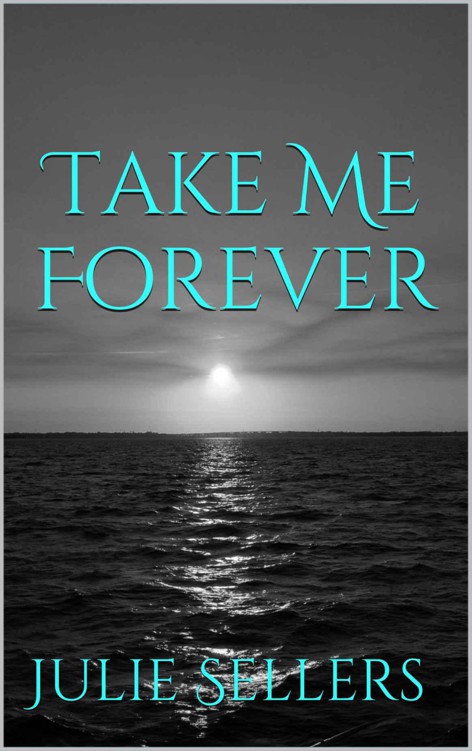 All
content is original and owned by the author.

It was a cold rainy night when Mercedes McMillan decided to
flee her home.

She just could not be
forced into marrying that awful man.

Her
parents had arranged it, but she wanted nothing to do with it.

She had waited until her parents had fallen asleep when she
quickly gathered some of her belongings and stuffed them into a large burlap
bag.

She had written a note to her
mother asking for forgiveness for leaving and hoped she would understand why
she had chosen to run away from all she had ever known and left it on her pink
satin pillow on her bed.

She quietly
went downstairs and into her father’s study.

As she entered the room she took in the lingering smell of
brandy and cigars that her father had partaken in earlier in the evening.

She loved her family dearly but she could not
stay here after the day’s events.

She
went over to the desk and inside one of the secret drawers she took out a small
bag of silver coins that was stashed away for emergencies.

She hated taking it, but she was left with no
other choice.

Quietly Mercy, as she was called for short, left the two
story mansion she had called home for eighteen years except for the four she
was away at private school.

A tear slid
down her cheek as she rounded the side of the house and headed for the
stables.

Luckily, all the servants were
asleep as well and she managed her escape without anyone catching her.

She saddled a black mare and tied her
belongings on before climbing on the large beast that would carry her away from
her old life and into a new one.

Mercy rode for a few hours until she came to the port where
she decided would be her best option for fleeing France and going anywhere
else.

She could see from the hustle and
bustle of crew loading ships that some were getting ready for departure.

It was the wee hours of the morning and she
should not be out alone but she had no other choice.

She had to be careful of her surroundings
because there was danger lurking in every dark corner.

Taking her chances, she ditched her horse and began
searching which ship she should try to board.

She saw one ship full of fish and decided she could not fathom the smell
it would bring.

She saw one ship being
loaded with shrimp and again decided against it for the smell.

That left her with one last ship that looked
like it was getting ready to leave.

It
did not look like a reputable ship which could work to her advantage because
perhaps she could bribe her way onto it.

This ship, in fact, looked like it did not belong at this port and she
thought for certain that you would never see a ship like this in the daylight
anywhere near a port like this.

Gathering
every ounce of courage she could muster, Mercy walked towards the gangplank.

In a matter of seconds a strong arm was
grabbing her shoulders and she was hauled up over a man’s shoulders.

She began to scream but a hand was quickly
covering her mouth to muffle her screams.

The man went up the gangplank with her and not one of the others about
tried to help her.

Moments later she was taken into a dark cabin and thrown
onto the bed.

Before she could try to
move, a large muscular man jumped on top of her and began pawing at her breasts
through her blue and ivory laced dress.

The scent of rum filled the air as the man tried to kiss her.

Mercy shoved at the brute on top of her until
she got his attention.

I just
want to taste your goods,” slurred the man.

“I am not that kind of girl,” Mercy stated as she slapped
the man.

“What the hell was that for?” the man slurred as he rubbed
his cheek.

“Release me at once,” Mercy demanded.

Woman
what are you talking about?

I picked you
up from the docks.

I know exactly what
kind of woman you are.

Now stop talking
and start undressing,” the man said as he fumbled with his trousers.

“You are drunk and I demand to see the captain at once,”
Mercy stated boldly even though she was scared out of her mind.

“Yes, I am a bit intoxicated and I am the captain.

We don’t have much time before my ship sails
and you have to be off of it or I will drop you at the next port.”

If she could keep this brute
off her tonight then the ship would sail with her aboard and surely once the
captain sobered up and realized his grave mistake he would leave her alone and
drop her off when they stopped again.

I can play along and hope he passes out and
if not, I can hit him on the head with something
, Mercy thought as she
tried to scan the room for something heavy to hit him with if need be.

“Can we have a drink first?”

Mercy asked in hopes that by getting him to drink more he would pass out
on his own accord.

“There’s a bottle of rum on the table there,” the man
slurred as he pointed to a table in the center of the room.

Mercy grabbed the bottle and took a small swig.

She had never tasted the stuff before and it
was awful.

It was all she could do to
keep it down.

The man grabbed the bottle
and downed about half of it before handing it back to her.

She was keeping another small swig down as he
grabbed the bottle again and downed another big gulp of it before putting the
bottle back on the table.

He grabbed her
and led her back to the bed.

“Remove your clothes,” the man ordered as he fell onto the
bed fumbling with the rest of his clothing.

Mercy pretended to be having trouble with her laces on her
dress when she heard loud snoring.

In the nick of time,
Mercy thought as
she felt relieved.

She sat down at the
table and watched the man sleep.

It was
too dark to see much of anything but she kept her hand on the bottle just in
case she was to need it.

It seemed like an eternity later when she felt the ship
began to move.

Once they were under way
she began to relax a little.

Her old
life was over and she was headed on a new journey even though she was currently
in quite a predicament.

She began to nod
off and soon her mind was filled with days of her youth as she dreamt about her
life up until now.

Mercedes Alexandra McMillan was born to Michael and Melany
McMillan in a small town in France in a time when the nation was at peace
except on the seas where pirates plundered everything in sight.

There were stories that circulated the towns
of how pirates stole family heirlooms, killed men, raped women, and threw
children into the sea.

Luckily for
Mercy, her family was rich compared to many and she was sheltered from hearing
about the goings on in the outside world.

As a baby, Mercy was cuddled by her mother and her father
adored her.

She was very smart and
beautiful.

She grew into her preteen
years as an only child and she was very spoiled.

She had the very best of everything.

She was planning her coming out party when
her mother came in with exciting news.

You have been accepted at Laflorette.

When do I have to go?

Can I still
have my ball?”

Mercy asked almost as excited
as her mother.

Your ball will have to wait.

They
want you to come immediately.

You will
learn everything there.

It is the best
school after all.

I am just sad that you
will be so far away.

I promise when you
return we will have the biggest ball this town has ever seen in your honor,”
Melany said as she hugged her daughter.

For the next four
years, Mercy attended the very well known private school where she loved every
minute of it.

She was taught sewing,
art, music, and all the fine skills a young lady should know.

She made many friends even though they were a
bit younger than she was.

Most girls
started this school when they were ten or eleven so they could still be
considered the right age to catch a husband in their first season as
debutants.

Mercy was almost thirteen
when she started.

The wait list had been
so long that her family had given up hope that she was ever going to get to
attend.

As Mercy grew into a beautiful young woman she knew her
chances of marrying was getting slimmer since she was now at the ripe old age
of seventeen as she graduated from school. She was about to leave school when
she got word that one of the former headmistresses, Sister Catherine,

had taken gravely ill and needed someone to
care for her since she had no family of her own.

Mercy had always been fond of the woman and
offered to help.

She stayed and cared
for the elderly woman until she passed almost a year later.

It was the eve of her eighteenth birthday when Mercy was
riding in a carriage on her way home to see her parents.

She could not believe how long she had been
gone from her childhood home.

She
watched from the window as the hills rolled from one to the next and the grass
became thicker and greener.

She loved
the countryside.

She watched as her family
home came into view.

She was so excited
she could hardly sit still as the carriage pulled into the winding drive that
led to her home.

As the carriage pulled up alongside the house, Mercy’s
parents were anxiously waiting.

As she
exited the carriage her mother grabbed her and hugged her.

I can’t believe what a beautiful woman you have become.

When you left you were nothing more than a
straight stick of a girl.

Now, you are a
very lovely woman,” Melany McMillan exclaimed.

“Mother, it so good to see you.

I have so much to tell you and show you that
I couldn’t do in letters,” Mercy said as she let go of her mother and greeted
her father.

“Father, you look handsome as ever.

I’ve missed you so much,” Mercy said as she
hugged him.

I can’t believe
how stunning you look.

You can’t
possibly be my little girl,” Michael McMillan said as he spun Mercy around like
he used to do when she was little.

Mercy was now all grown up.

She was a day away from eighteen years old.

Her blond hair was now long and had beautiful
curls.

Her child-like face had developed
into the face of a beautiful young woman. Her blue eyes matched the sky and her
stick-like figure had developed into womanly curves.

The Big Ask by Shane Maloney
The Kingdom of Gods by N. K. Jemisin
The Transformation of the World by Camiller, Patrick, Osterhammel, Jrgen
Whenever You Come Around by Robin Lee Hatcher
Etiquette With The Devil by Rebecca Paula
Nothing Is Terrible by Matthew Sharpe
Running Away From Love by Jessica Tamara
Fallout by Ellen Hopkins
Classified Woman by Sibel Edmonds
Alpha in a Fur Coat by Sloane Meyers