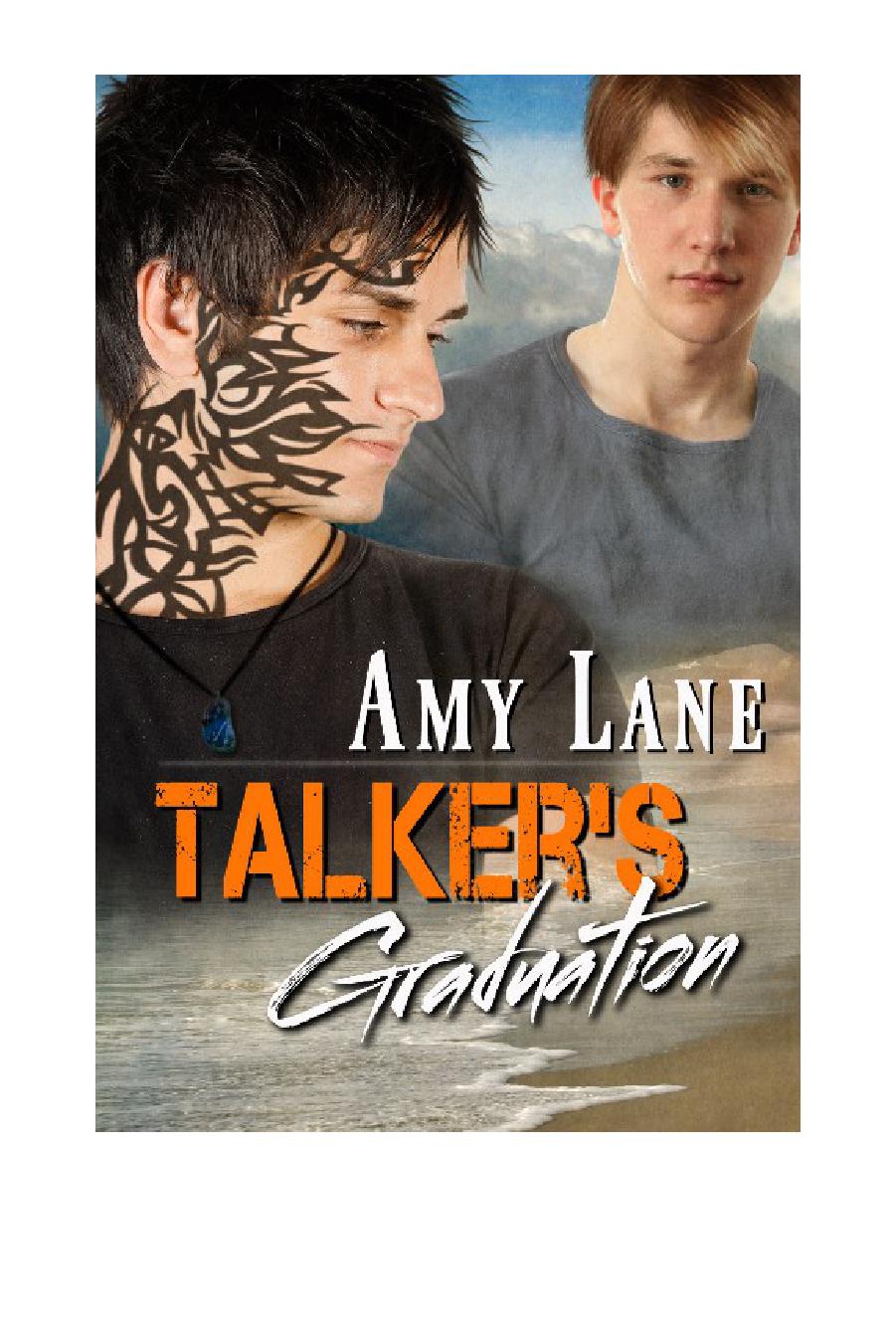 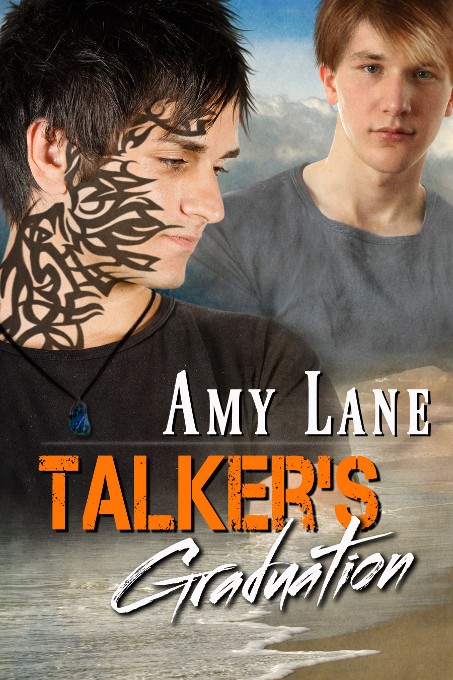 Looking to the Past

wrap-around windows. In the winter, they put fiberglass insulation in

because it was frickin’ cold in the winter, but in the summer, the

and showered the bedroom in gold. Sometimes, they’d cover the

windows with the drapes anyway, because who wanted to wake up

at five-thirty every day? But most days, they let the little room with

rose/gold/purple/silver/orange light, and they woke up to that.

In Talker’s memory, those moments lying next to Brian as that

gorgeous, calorie-rich rainbow of light filtered into their room were

the first moments he could ever remember quiet in his own head.

His days were a cacophony of music, heard or remembered. His

crazy-angled walls. And then fate (Brian) had brought them here,

and a borrowed bruiser of a pre-nineties truck and, accompanied by

friends, driven ninety miles away from Sacramento to the sea.

into bed, and when they woke up….

After Brian had come home from the hospital three years ago,

Talker had thought peace would be the last thing they’d ever have.

that Brian"s Aunt Lyndie had picked up at a yard sale. The lead

Talker winced. He"d been doing his homework in the living

room when he"d heard the weights thump to the floor, and he"d

been braced for it. Brian needed help—he did. He needed

someone to spot him, someone to help him grab the weight,

someone to keep his fingers closed as he lifted it. But Brian didn"t

help when his shoulder was going out, he hadn"t asked for help

when he"d been floundering in his classes; he had simply soldiered

on, made do, and found some way to survive on what he had

instead of what he needed.

Most days, Talker admired the hell out of him for that.

Days like this, and he wanted to smack his lover upside the

There was another thump, and Tate couldn"t take it anymore.

He stood up and turned down the music on his laptop, then

ventured quietly into the bedroom of their crappy upstairs

smallest one—with so much concentration that sweat was running

down his face, even in the early, early spring, in an apartment that

was never warm enough until it was sweltering. He was lifting that

thing assiduously behind him, then replacing it to his hips, and then

behind him, then back, counting to himself as he kept his body bent

forward, resting his other elbow on his knee.

It hurt. There was no doubt about the fact that it hurt. His

Kansas-sky-blue-eyes were narrowed, his jaw was clenched, and

water was leaking from the corners of his eyes. Sweat slicked back

over his eye, on his cheek, pulled with the strain of his grimace. All

of this pain, all of this concentration, and all of it in silence. Brian

didn"t want Tate to see him do this—Brian had that kind of pride.

Talker swallowed hard and watched him do it some more, and

then walked away to very quietly Google “Occupational Therapy +

Shoulder Injuries” on his computer and search for an hour.

The next day, he stopped by one of the little art galleries that

lined R Street, one of the ones with the pottery on display and a kiln

When he came home, he took the small plastic-wrapped

worked hard to clean the kitchen with one fully functioning hand

and some recently healed ribs.

Brian had looked at him, his head cocked, and Tate found that

for the first time in their relationship, he had trouble speaking. He

started to unwrap the plastic and expose the polymer clay.

“You can cook it in the oven, but I understand it smells like

ass,” he said, and then, with a self-conscious look up at Brian, he

Brian"s lips tilted—and they did that so rarely these days.

When they"d first met, Brian had been all eyes and quiet peace, but

the corners of his mouth had tilted up more often than not. Since

Talker six months earlier, his smile—or even that little lip tilt that

said everything was okay—had been rare. But not now.

Tate positioned Brian in front of the clay and stood behind him,

injured arm in his own crippled hand. Still without speaking, he slid

his hand to Brian"s and then placed it on the clay.

for your fine motor skills. I don"t care what you make. Just make

mad because your body won"t do what it should, and because it

hurts, and because you can"t work, and… and it hurts worse when

“I"m not mad at you,” Brian said roughly, spreading his fingers

with effort. Tate took the gesture for what it was meant to be and

laced his own fingers—scarred and crippled from the childhood fire

that had scarred his face and his body—in with Brian"s sound, if

“I know. But it hurts me watching you, okay? Just try this. Try

this. If it doesn"t work, we"ll try something else. Lyndie can teach

you to crochet. The Doc can teach you to knit. Something. But try

this. It"s not like you to just work out for vanity; I know it. You think

that"s a waste of time. This is making something. It"ll be good.”

He felt the iron in Brian"s back soften, bend, become pliable.

Brian"s hand began to work the clay. It was cold and unyielding at

first, but Tate braced Brian"s shoulder with his own and used the

little force his own hand could exert and together they warmed it up,

kneaded it, made it soft and warm and as sweet as Brian"s heart.

After a few minutes, Brian kept working and Tate slowly

backed away. He walked quietly to the bathroom and washed his

TALKER thought for a moment about sleeping in, but he couldn’t.

High tide was in half an hour, and, well, since they’d moved out to

Petaluma, his heart had beat to the tides.

the night before, working, and he needed his sleep for the day and

evening to come—but it was no use. He walked to the window in

sleep-shorts and a T-shirt, both of them worn soft and thin, and

stood for a minute at the window. God, the sea hadn’t gotten any

less pretty, for all they’d been there for nearly two years. He heard

out a hand to his empty, cooling pillow.

Most lovers would be grumpy or whiny. Talker imagined that

almost anyone else in the world would groan, “Baby, come back to

bed!” but not Brian. Instead he rolled over to his back and thrust his

face up to catch the sunshine, smiling as it sank into his skin and

“We going this morning?” he slurred, as game to go out this

heat of the Sacramento summer.

Tate walked back to the bed and threw himself across,

enjoying the way the box springs creaked on the mattress. Brian

had been working late a lot, and he hadn’t heard that sound as

much as he would have liked.

Tate’s chest, pushing them between the loose T-shirt and palming

Tate’s skin. It used to be that Tate could feel that touch defining

every one of his ribs, but not anymore.

“I’m up to it,” he murmured, pulling the T-shirt up and kissing

the tight muscle of Tate’s stomach. “But I’m up to something else

Tate groaned and lifted his arms, letting Brian pull off his sleep

shirt altogether. He didn’t care about the chill of morning or the way

his skin puckered. Brian would keep him warm. He hadn’t always

trusted in their bodies together in the light, but he did now.

“YOU didn"t have to cook,” Tate said, coming home from his shift at

stove. He was running late—he didn"t like to do that. Every time he

looked at the clock and saw that it was late, he flashed to those two

hospital and shuddered. He hated being alone, and he didn"t want

Brian being alone, and now Brian was housebound without him. It"s

Demon by Laura DeLuca
The First Man You Meet by Debbie Macomber
Pirate Code by Helen Hollick
Queenie by Hortense Calisher
A Comfit Of Rogues by House, Gregory
The Cemetery Boys by Heather Brewer
Wings Free with Bonus Material by Aprilynne Pike
Flesh and Blood by Thomas H. Cook
The Truth is Dead by Marcus Sedgwick, Sedgwick, Marcus
The Seven Year Witch: That Old Black Magic, Book 2 by Jodi Redford