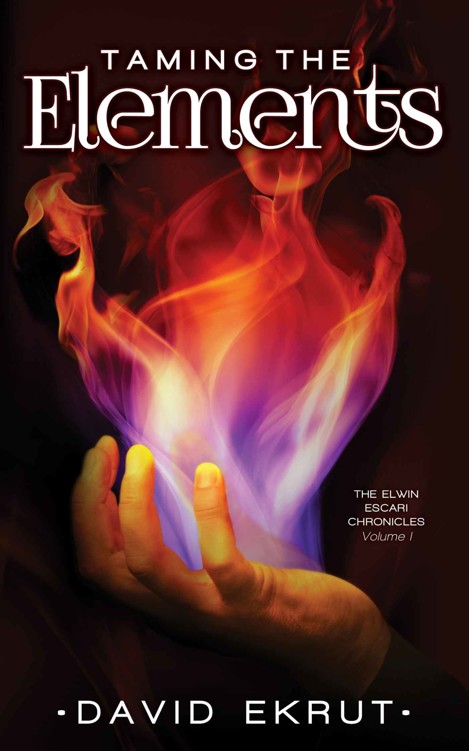 This is an original publication of David Ekrut.

This is a work of fiction. Names, characters, places, and incidents either are products of the author’s imagination or are used fictitiously, and any resemblance to actual persons, living or dead, business establishments, events, or locales is entirely coincidental. The author does not have any control over and does not assume any responsibility for third-party websites or their content.

No part of this book may be reproduced, scanned, or distributed in any printed or electronic form without permission. Please do not participate in or encourage privacy of copyrighted materials in violation of author’s rights. Purchase only authorized editions.

For Jeremy K. Hardin, whose creative genius is a force yet to move through this world. Our two-man writer’s workshop has been almost as invaluable to this book as his friendship has been to my life.

And for my wife, Jennifer Holliday-Ekrut, whose patience for my passions are more than anyone deserves. She has given her love and support through every “final” draft of this book without ever questioning my pursuit of the craft that is writing.

Chapter 17: A Light in the Darkness

Chapter 21:The Fate of the Accused

Chapter 23: The Stones of Seeking

Chapter 26: The Battle for a Soul

Chapter 28: The Hunger of Giants

The rest of the castle of Alcoa had yet to stir as a man walked down the steps into the library. Natural light had just begun to shine through the opaque glass of the domed ceiling to touch the corners of the expansive room. The entrance gave way to a central passageway. Tall shelves lined the walls and formed wide aisles. Polished with lacquer and clear of objects, long tables of redwood led down the center to the southern wall.

The man passed countless, leather-bound tomes that filled each shelf on the rows and along the walls. He walked to the farthest edge of the library, until the musky smell of old leather became the strongest odor. Most of the books in this wing had no markings to name them.

One of these forgotten texts would soon change the world.

Bain Solsec reached the rolling ladder, moved it into place, and took each step to the very top. Standing with his knees against the highest rung, he reached for a book on the upper shelf. He could just touch the cracked, leather binding with his forefinger. Stretching on his toes, he pulled the tome from the shelf and wiped thin dust from the cover. If there had ever been any painting to mark the book, the script had long since faded.

How long had it sat there? How many times had the castle librarian ran the feathers of his duster across the tome without giving it a second glance?

Cradling the old book close to his body, Bain climbed down the ladder and walked back to the center aisle. He placed the book on the polished table in front of a chair and looked at it in disbelief. The pages had yellowed from age, just like his dream. It had been a long time since he had dreamed, so he had known the dream to be special. The man in blue silks had shown him where to find the tome. He had said that finding it would lead to greatness.

Bain had always known he would one day find the greatness he deserved. He had always known he was different than the others. His black hair and dark eyes had always set him apart from his peers in Alcoa. He got his appearance from his father, who was from Norscelt to the far north. His mother had been born to the Alcoan royal line. Had he gotten her blond hair and sky-colored eyes, he would have looked like every other Alcoan.

Though his mother had been sister to the king, Bain would not sit upon the throne. Thirod, his cousin and childhood companion would be the next to rule all of Alcoa. Being cousin to the heir had placed him in the shadow of an inferior man, a man without vision. The Awakening would come, and the world would not be ready.

“Without me,” his words echoed through the empty rows, “the dragonkin will rise and rule us all.”

He sat down and looked at the book. Even as a boy he had loved to read. His mother and father had always been busy with the courts, so his older brother had taught him to read and write. How many books had he read in this library over the years? A hundred? A thousand? More than most men would even see in a single lifetime.

Mostly, he read the histories. There were many volumes on the Shadow Wars and all the wars that followed. As long as there were men, there would always be war. And to win a war, a man needed power. There was only one power greater than taming the Elements. That power was knowledge.

During the Shadow Wars, many nations had fallen, and new nations had risen. After the Shadow Wars had ended, the chroniclers of the great library of Tanier were nowhere to be found. But new chroniclers had emerged to make records of the events. All had wanted to forget the atrocities, and none had wanted to relive them. But, he who did not learn from the past was destined to repeat it. So, copies of the histories had been scribed and spread to every land.

Heroes from the wars had become revered, while their villains had been despised. Tales had been crafted and told to children as bedtime stories. For generations, feats of battles had been shared around campfires and taverns. One name above all had been remembered.

Abaddon, the Seeker of Souls.

In the years following the Shadow Wars, the castle of Abaddon had been abandoned. None had wanted to live where the undead had walked. Though the location had been recorded, over three thousand years had passed, so the whereabouts of the castle eventually fell to apathy.

Only one book remembered the castle of Abaddon. He looked down at the faded cover. This was the last book from the library of Tanier before its disappearance during the Shadow Wars. The tome that would start it all.

Bain eased the cover open, but despite his efforts to take care, he felt the leather on the binding crack further. His fingers trembled as he held the book open. The first page named the tome,
The Book of Erudition
. He turned each page with a gentle hand, as he read every word with great care.