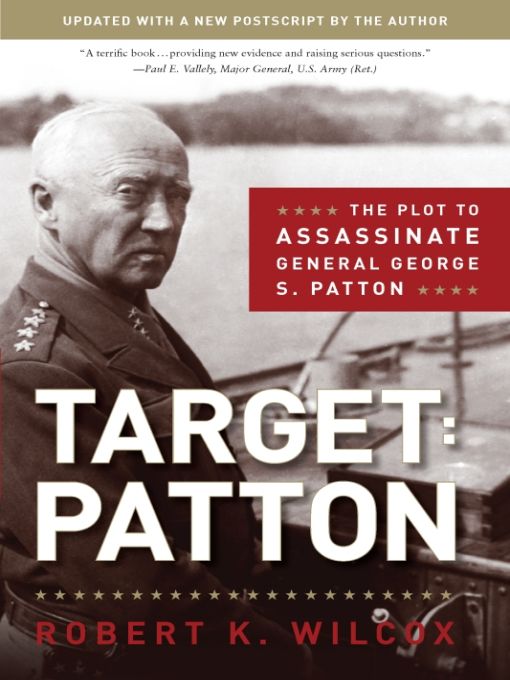 “Robert Wilcox’s
Target: Patton
has enough twists and turns to satisfy the most demanding murder-mystery fan with the added bonus of historical possibility. Populated with legendary real-life characters, Wilcox introduces the world to Douglas Bazata: a man of action as improbably true as Lawrence of Arabia. With a screenwriter’s gift for picture images and a military historian’s discipline for detail, Wilcox peels back the decades to the chaotic final chords of World War II and the opening act of the Cold War by asking the heretofore unanswered question: was General George S. Patton murdered?”
—DOUG MCINTYRE,
KABC Radio/
Los Angeles Daily News
“
Target: Patton
is a terrific book investigating the mysterious death of one of America’s greatest military heroes: General George S. Patton, Jr. Reporter Robert Wilcox takes the reader into the mystery: from Patton’s suspicious car crash in Occupied Germany in 1945 to his unexpected death two weeks later, bringing to light new evidence and raising serious questions, all of which makes for a fascinating read.”
—PAUL E. VALLELY,
Major General, U.S. Army (Ret.),
Chairman, Stand Up America USA
Co-author of
Endgame: The Blueprint for Victory in the War on Terror
“I am most surprised to learn in Robert Wilcox’s highly readable book that there is a reasonable doubt and more that George Patton’s death in Germany in December 1945 was not the result of a car crash but possibly foul play by hired assassins. Certainly there was motive and opportunity, but was there method? Over the years, I had heard a version of this tale based upon German villainy, but never with the detail and matter-of-fact persuasion in
Target: Patton
. I don’t know if he was murdered, but I am no longer sure he wasn’t. Exhume the corpse. End the debate.”
—JOHN BATCHELOR,
host WABC, WMAL, KSFO, KFI 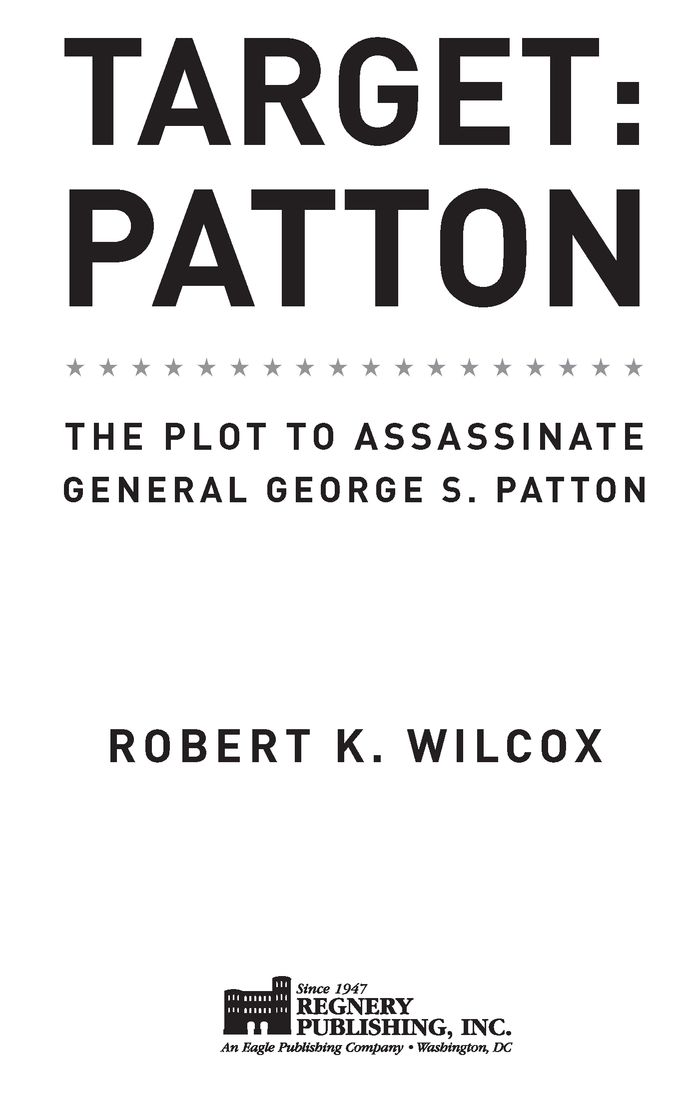 INTRODUCTION
Almost since the day General George S. Patton, Jr. died, there have been persistent rumors that he was murdered. Not just murdered, though—assassinated. It has been repeated relentlessly that he was killed because he was hated by his superior officers due to jealousy and fear. Jealousy of him because he was, in fact, the best general in the United States Army. Fear of him because they thought he was going to expose many of the cowardly, incompetent, and corrupt things done by the Allied High Command during World War II. If that were not enough, there have been persistent claims that the Russians were also trying to assassinate him because Stalin hated him.
Robert K. Wilcox has taken on a major story in his quest for the truth of the matter. One thing is for certain in Mr. Wilcox’s book: he has obviously worked for years on this project and has done a great deal of homework concerning this issue. His research and story are highly detailed and comprehensive. The book is
thoroughly researched and well written. It is a story of intrigue, deceit, obfuscations, and politics (both civil and military).
Does Mr. Wilcox find the trail to the truth? Does he prove his assertions? Well, the thing is... if I tell that, I will be giving away the entire story, and I certainly can’t do that. It will be up to the reader to decide for himself once he has read this worthwhile book. It is, indeed, a good read.
Charles M. Province
The George S. Patton, Jr. Historical Society
17010 S. Potter Road
Oregon City OR 97045
http://www.pattonhq.com