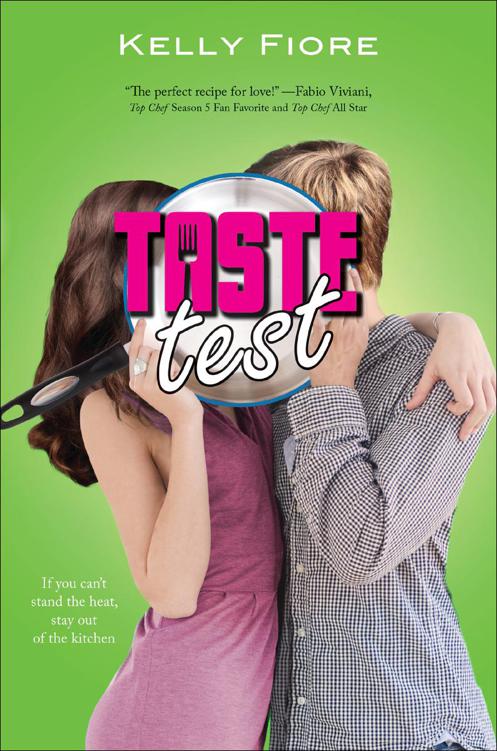 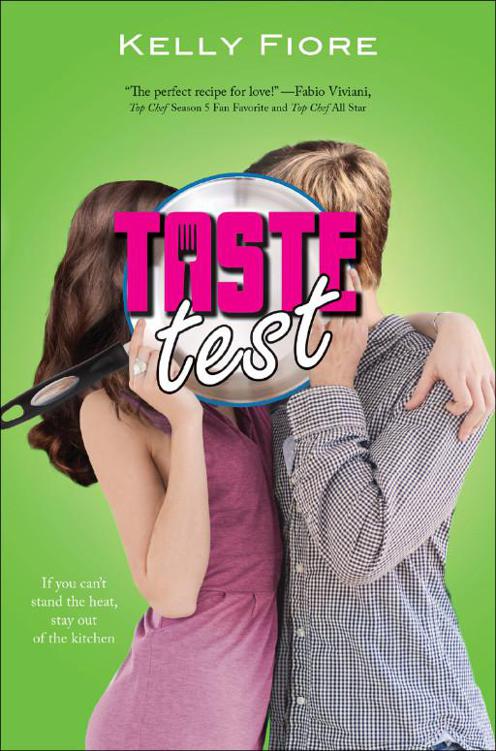 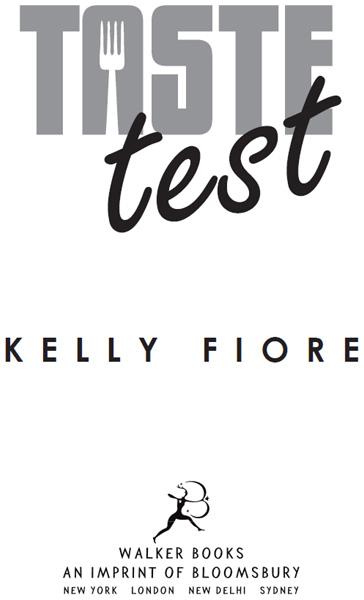 who taught me to do

all the things I love most

who is so much more

than a better half

It should be entered into with abandon or not at all.

Thank you for your application to the North American Culinary Academy’s
Taste Test
Competition. After careful consideration of the applications received, we are pleased to offer you a spot for the upcoming academic semester.

As you know,
Taste Test
is a televised competition where teenage contestants vie for a scholarship to the International School of Cuisine in Paris, France, as well as $50,000 to be used toward a career in the culinary field. The competition requires parental consent. Please be sure to have your parent/guardian sign and return the enclosed forms.

Throughout the semester, you will attend culinary classes with an academic focus. All filming will occur based on a schedule to be determined at the start of the program semester. You will receive an itinerary upon arrival; acceptance to the program commits you to attending the school and participating in all scheduled filming.

The competition requires parental consent. Please read through the enclosed documents and be sure to have a parent/guardian sign the disclosure and release forms.

Congratulations on your acceptance. We look forward to meeting you.

Dad shoves the pointed end of the thermometer into the thickest part of the meat. It reminds me of movies I’ve seen in history class. The word “impale” comes to mind.

“I could list my reasons for going, Dad. Again.”

Silence. I flop down on the back steps and brush away the loose strands of dark hair gathering around my face.

“You know that this is an amazing opportunity, right? I’ll be able to get into any culinary program I want in the fall.”

Dad grimaces. “I figured I’d have you here for the off-season, Nora. We don’t shut down just because things get slow.”

I kick at some rocks with the toe of my boot.

“It’s just for the semester, you know. I’ll be back by Memorial Day.”

The faded red flannel of Dad’s shirt strains across his shoulders as he heaves the massive hindquarter out of the smoker and onto a tray. Like a reflex, I’m off the steps and at his side, steadying the wobbly legs of the metal folding table. Once the meat’s settled, we both take a step back to marvel at it.

Pork isn’t exactly pretty when it’s cooked, but when you’re talking about meat, it isn’t about looks. It’s the way the chunks crumble and shred like good mulch, the way the fat becomes a river that slides, then soaks right in.

Dad yanks a sheet of foil off the tube and covers the tray with the same care a father would show a newborn. Makes me kind of sad, seeing him be that gentle. It reminds me of when, years ago, he carried me, fast asleep, from the cab of the truck to my bedroom after a barbecue contest in Raleigh or a festival in Charlotte.

“I’m not trying to make your life harder, Dad …” The words are heavy and thick in my mouth.

He looks at me, tossing a bath towel over the wrapped tray. His eyes are the same deep blue as mine, but today they look like shadows of their former selves.

He falls silent for a minute, one hand resting on the foil mountain.

Dad’s never been one to stop me from doing what I want to do. I guess that doesn’t mean he always liked it.

“Anyway,” he says as he turns away and yanks off his gloves. “It’s a little late now, right? You got about half a day left in Weston, and I got near double the amount of work than usual since Al took off for Barbara’s wedding.”

I wipe my hands on my jeans and squint up at him. The brim of his Panthers hat is shading his face, but I can see his eyes are damp. I gulp down a lump, the one that’s been threatening to turn to tears for the last few days.

“I’ll go get started on the sauce.”

I pat his shoulder before gripping both sides of the metal tray and yanking it up into my arms. The truth is that, as guilty as I feel about Dad’s sadness, it can’t erase what’s really coursing through me.

Finally, an opportunity to get out of this ass-backward town. A chance to be more than just the girl behind the counter of a roadside barbecue joint.

My family has owned Smoke Signals BBQ for almost twenty-five years. It was called Willy Woodchuck’s when Dad bought it, and there are still a couple of the old signs in the back boasting a bucktoothed beaver. I can’t say that I’m sorry Dad changed the name.

Owning a barbecue business in the South—it’s kind of like being a pastor in a town full of churches. You’re always looking to recruit. See, barbecue is its own language; there’s a dialect to it. Different regions do things their own way, like how they say “pop” instead of soda in the Midwest, or “skeeters” down here for mosquitoes. In Texas, it’s all about the beef. Kansas City—they focus on the sauce. But here, in North
Carolina, it’s something else entirely—and that something else is pork.

The screen door slams behind me as I struggle into the kitchen. I manage to unload the pan onto the counter and push it back against the wall, rubbing my arms where a bright-pink indentation is surfacing.

I start dumping the barbecue sauce ingredients into a metal mixing bowl. It’s Saturday, so I’ll need to chop twenty-five pounds of pork butt and scrape the pan drippings into a pot for gravy, and all that before most of my friends are even awake. But for once, I don’t mind. It sort of feels like … I don’t know, a rite of passage or something.

It’s what gave me my ticket out of here, if you think about it.

I pour the sauce into a pot and fire up the stove. Leaning against the refrigerator door, I pull the letter out of my pocket for the hundredth time. The feel of the paper is thick and silky, almost like fabric.

When I reread the words, I can hear Kathryn Svincek’s clipped Connecticut accent enunciate each and every syllable. I still can’t believe that I actually made it into the program. Even when I applied, I knew it was a long shot.

The first time I watched
Taste Test
, I couldn’t tear my eyes away from the screen. Twenty contestants competing against each other in an enormous arena—it probably sounds like any other reality show. But the differences made this one addictive to me.

The arena was a kitchen unlike any I’d ever seen.

And the contestants were in high school.

The show’s been on for four seasons. The first cast was a bunch of privileged kids—sons and daughters of important chefs and famous restaurateurs. “Legacy contestants,” my best friend, Billy, called them.

But the producers must have gotten as bored as the viewers did with the fancy-shmancy ingredients and TV-star judges. The last few seasons have had a crazy mix of people. There were still the privileged kids from New York City, but there were also pizza flippers from Chicago and cheese-steak line cooks from Philly.

The mix of personalities, the drama, the hookups—that’s what makes the show popular. But that’s not why I like it. For me, it’s all about the cooking. During every episode, I think about how I’d approach that day’s challenge if I were there, too. And, between you and me, I think I’ve had some pretty sweet ideas.

It was Billy who actually convinced me to send in my application in the first place. During an ordinary lunch period in the Weston High cafeteria, Billy watched me carve a lacy pattern in my reconstituted mashed potatoes and grimaced.

“I don’t know why you bother buying lunch.” He took a bite of his sandwich. “You always end up wasting half of it.”