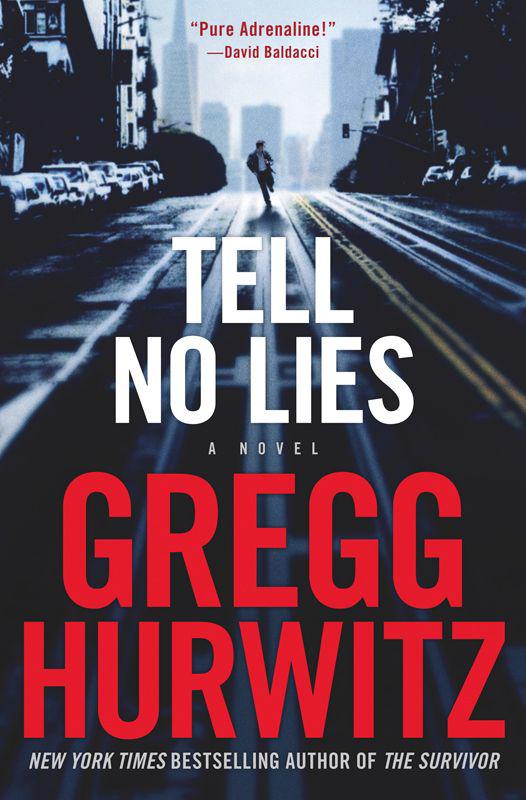 For Bret Nelson, M.D., who as a future ER doc had the misfortune of once sharing a dorm room with an aspiring thriller writer.

For twenty years of friendship.

For allowing me to clog his waiting room with fictional injuries, book after book, script after script.

And for guiding my characters through countless ailments, fractures, contusions, knifings, gunshot wounds, pathologies, surgeries, and the odd tension pneumothorax.

Men are disturbed not by things, but by the view which they take of them.

The ridiculous thread count made the new sheets feel like warm butter, which is why Daniel had been luxuriating in them since the faux church bells of his alarm had chimed five minutes earlier. Forcing himself fully awake, he rolled to his side and watched his sleeping wife. Cristina lay on her back, dark tresses falling across her face, one arm flung wide, the other curled overhead like
Venus at Her Bath.
Smooth brown skin, bowed eyelashes, that broad mouth, always ready with a smile or a wisecrack. Her pajama top was unbuttoned to her cleavage, revealing three blue pinpoint tattoos on her sternum: the radiation therapist’s alignment marks, finally starting to fade.

For whatever reason this morning, the familiar sight of those three dots caught him off guard, a first-thing splash of emotion in the face. Cristina used to talk about getting them lasered off—it
had
been five years since they’d served their purpose—but over time she’d taken a shine to them. Her war paint.

Just like that he was back in the swampy memory of it. How she’d wake up breathless in the middle of the night, her heart racing, unable to draw a full breath. The bouts of nausea that kept her tethered to the couch for hours at a time, her athletic body softening. The doctor’s appointment always a week away, rescheduled for this reason or that. And then the incident at the fund-raiser, Cristina in a pale tile bathroom, coughing until her white sundress was speckled with bright blood, her wounded elegance calling to mind a pellet-shot dove. He’d cleaned her up with trembling hands as she leaned over the sink, weak-kneed and faint, and she’d said, “We’re at an age now that when people get sick, it doesn’t mean they have the flu.”

Their relationship up until then had accelerated without brakes. They’d fallen into each other with an instant intimacy, laughing about the right things and serious about the rest. He’d met her in front of a painting at SFMOMA. They’d found themselves side by side, admiring the same piece. She’d gotten him talking, and Daniel had mentioned how his mother loved Lautrec and how he’d been drawn to the bright, bold colors of the dancing ladies even at a young age. He was going on a bit about the Frenchman’s debt to Japanese woodcuts when Cris bit her lip thoughtfully, cocking her head to take in the row of paintings on the wall. “You can see how left out he felt,” she said, and Daniel was brought up short with admiration.

And now, half a decade later, his feelings were undiminished. At the cusp of forty, and still he got a heady schoolboy rush watching her twist her dripping hair up into a towel or sing under her breath while chopping cilantro or gather her pantyhose around her thumbs as she poised a foot for entry.

She stirred, those lashes parting to show her rich brown eyes. She smiled, and then her gaze pulled south, taking in his flat hand pressed to her chest. A puzzled furrow of the brow as she frowned down. “What are you feeling?” she asked.

Daniel ran the steep slopes of Pacific Heights with the same intensity with which he’d tackled them as a high-school wrestler trying to make weight, except now with the complaints of a thirty-nine-year-old body mediating the pace. Someone had once remarked that when you got tired of walking around San Francisco, you could always lean against it. He felt like leaning now. Instead he loped along Vallejo to the edge of the Presidio and jogged the regal Lyon Street Steps, lined with meticulously planted gardens and cast in the shadows of towering trees. He passed a cluster of teenagers up from the night before, smoking their cigarettes and practicing their pouts, and a few early-morning boot-campers he recognized, traders and i-bankers out to break a sweat before the market opened.

Ahead a younger man with rock-hard calves and tapered lats bounded up the steps, and Daniel dared himself to catch up. The stairs blurred underfoot, his muscles straining, taking two at a time, driving into the face of the challenge, and then it was no longer leisure but something more. The age-old urge fired his belly.

Be faster. Be stronger. Be
better.

Whistling past the guy, he kept on, legs burning, breath scouring his throat, the hill like a wall stretching up and up. But he wouldn’t stop, wouldn’t slow, not even after the man’s footsteps receded into memory. It was never about the man, of course, or this challenge on this day. It was about appeasing the chorus of voices in his head, the ones that had always told him that if he ever wanted a life he could call his own, he’d have to fight his way to it.

Sweat falls from Daniel’s locks, dotting the wrestling mat at his feet. The gymnasium is packed, ridiculous for a junior-high meet, but it is that kind of school and these are those kinds of parents. The headgear’s strap digs into his chin, and he tastes salt from where he nearly put his tooth through his lip on the last takedown. But he’d completed the move and gotten near-fall points to boot. If he has one thing going for him, it is that he won’t allow pain to be a deterrent. His shaggy-haired, pale-skinned opponent is more developed, with real biceps, but even at age twelve Daniel fights as if his life is on the line, as if he is trying to escape from somewhere. He is winning 5–2 with less than a minute on the clock.

They circle each other warily. The kid takes a few open-hand swipes at Daniel’s head, but they’re halfhearted. His bowed shoulders and weary eyes show that he has already conceded the meet. But Daniel doesn’t want to win like this. He wants to clash until the bell. He wants to hear the definitive slap of the referee’s hand against the mat, announcing the pin, showing that he didn’t back down from a challenge by coasting to the finish line.

A whistle halts the action—the kid’s laces are untied. Daniel bounces on his toes to keep loose, his slender frame jiggling. Someone has the bright idea to enhance the time-out by blaring Kenny Loggins’s “Danger Zone” through the antiquated speakers.

As the boy crouches to adjust his shoes, Daniel turns to take in the bleachers. There’s his mother up in the stands, out of place among all those sweatshirts and done-up soccer-mom faces, her fingers doing an impatient caterpillar crawl along the sleeve of her fur coat, itching for a cigarette. Severe lipstick. Her pulse beating in the paper-thin skin at her temple. She notes his gaze, but her expression does not change, and he knows that her dead-even stare has everything to do with why winning by points is not enough.

The match goes live again, and they circle and slap, the other kid shuffling, exhausted. Their shoes chirp against the mat. The smell of rubber and sweat fills Daniel’s nostrils. He watches the kid’s legs, the angle of the feet, the bend of his knee. They shuffle-step some more. The clock ticks down, and then—
there
—he sees his opening. He lunges in for the fireman’s carry, but his sole skids on an invisible puddle of sweat and then he is off balance, flipped on his shoulders, and the bigger kid is lying across him. Daniel bucks and flails but cannot wriggle free. Sooner than seems plausible, the referee’s palm strikes the mat near his face and it is over.

In the locker-room shower, he replays the moment, except this time he doesn’t slip—he hoists his larger opponent in the fireman’s carry and dumps him on his back, and the crowd roars, and there’s his mother, on her feet, cheering, her face lit with triumph.

He exits the building, his hair still damp. The sky is San Francisco slate, overcast and gloomy, and the air bites at him through the slacks and thin sweater of his school uniform. His mother waits, leaning against the car, her arms crossed against the cold, wearing an expression of disgust. No, not disgust—concealed rage.

“You had him on points,” she says. “You just had to run the clock.”

“You could have had the medal.”

Evelyn’s gloved hands light a slender cigarette, lift it to her bloodred lips. “You make things hard on yourself.”

Daniel averts his gaze. In the car, behind the wheel, James is little more than a hat and a shadow. He stares straight ahead. This is not his business, and he has a paycheck to earn.

Evelyn shoots a disciplined stream of smoke into the darkening evening and opens the rear door to climb in. Daniel takes a step forward, but she halts midway into the car and turns back to him.